You are here: Home / The Last Word / A promising idea, a disappointing outcome

As (I hope) many of you know, I have been proselityzing as intensively as I can to get people to adopt my lens screening test. I’ve had some converts, and they have all enjoyed success with the method, but it’s been an uphill battle.

Yesterday, I had a dispiriting Internet argument with someone who appeared to be deliberately obtuse. In an attempt to refute one of my points, he took one of my JPEG’d, 300% magnified Siemens Star images and ran the Imatest star module on it. Of course, the result was nonsensical because of the processing that had been inflicted upon the image for visual analysis on the web, and his conclusions equally so. Still, it gave me an idea. What if I could run the Imatest star module on raw planes?

This morning, I tried it. No joy; the size of the star that is sufficient for visual analysis is too small for Imatest after 75% of the pixels have been discarded by only looking at one raw plane.

Undaunted, I tried it on an image demosaiced by dcraw with Imatest defaults. Here are some results with the centered star with a Sony 85 mm f/1.8 FE lens on a Sony a7RIII. 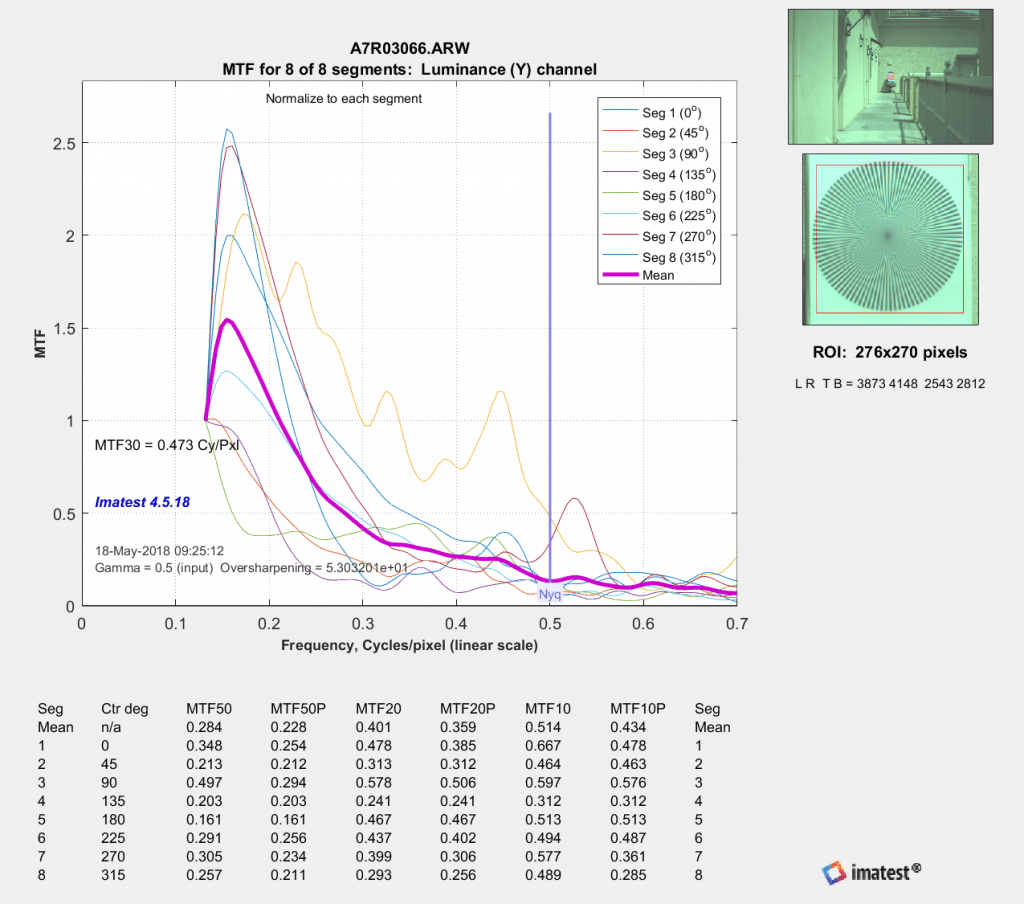 It’s clear that dcraw is sharpening the image, which is not good. Too bad the raw planes are too small. I suspect that the results are inaccurate since Imatest has so few pixels to work with. This is not an exceptional lens, and that is not a particularly useful set of plots. But there are others: 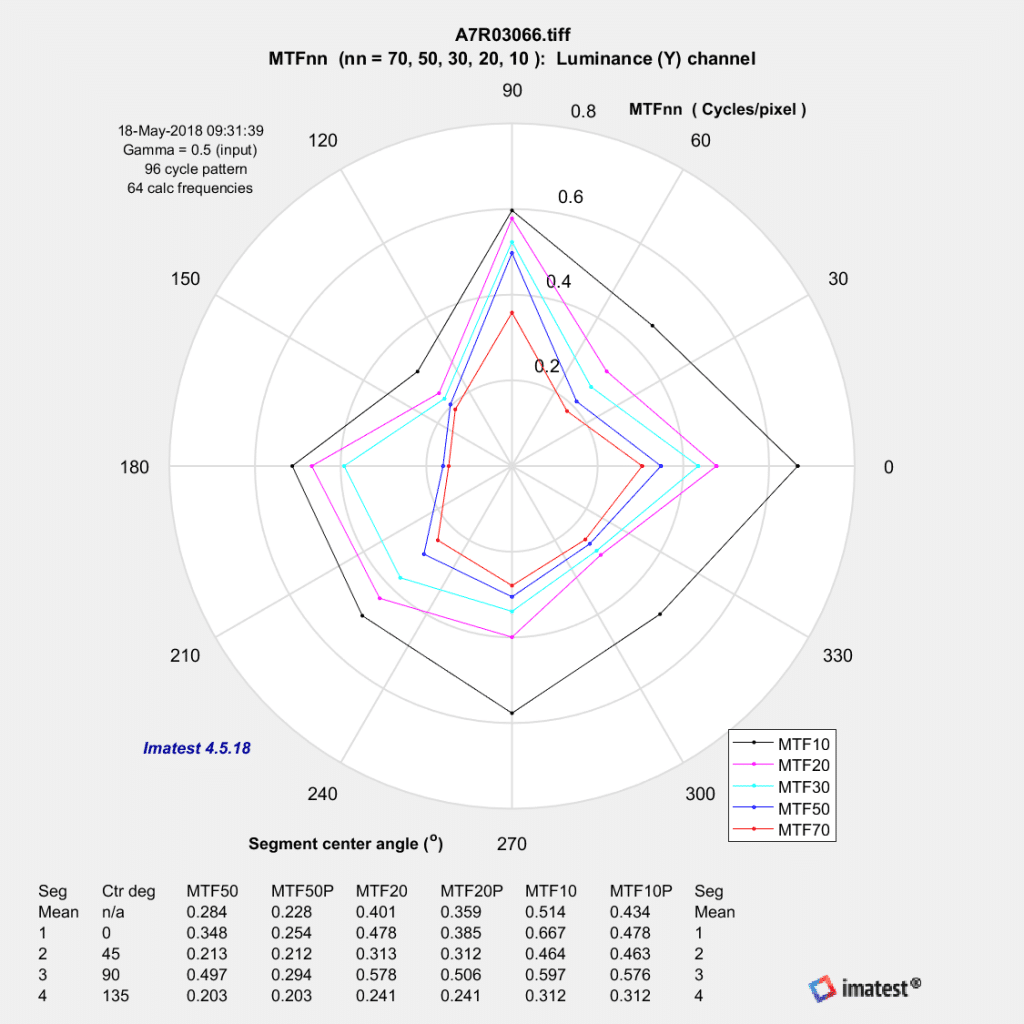 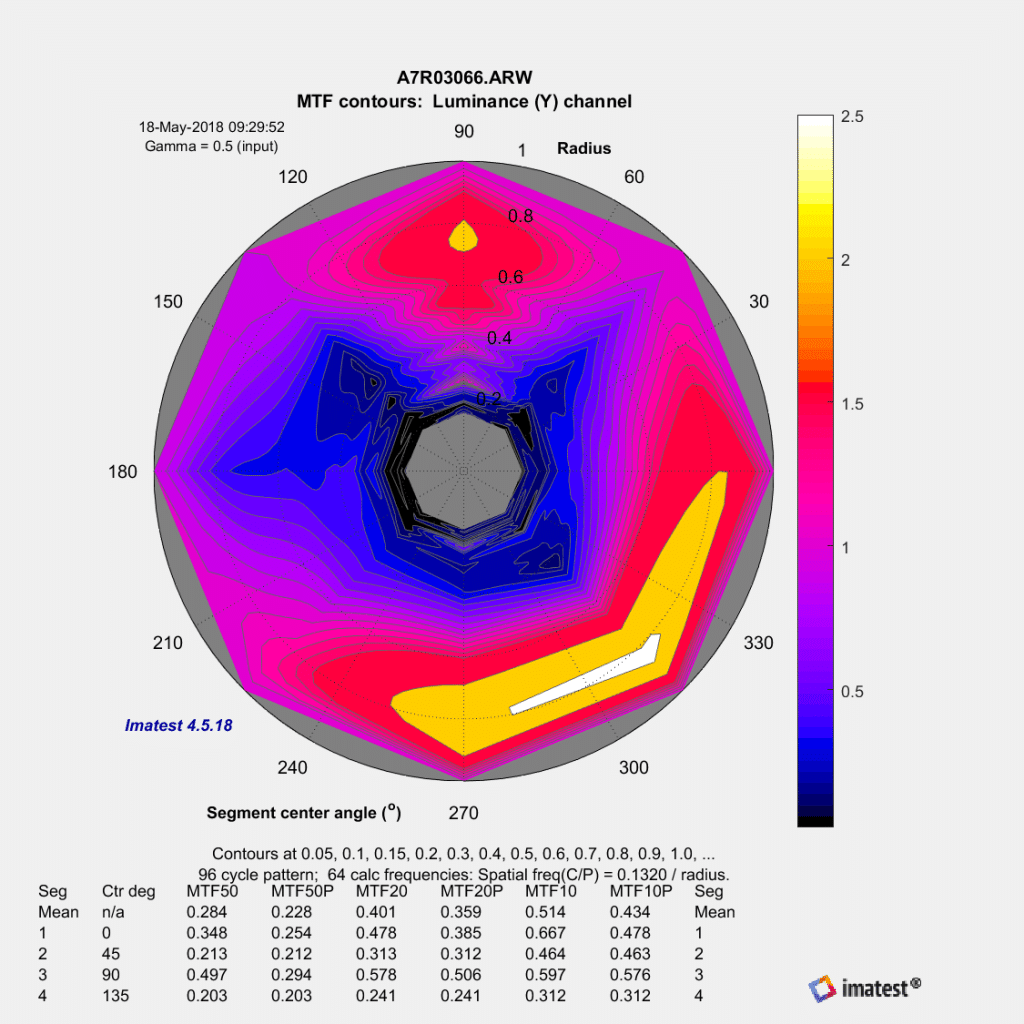 So far so intriguing. I tried it on a corner star placement, and came a cropper: 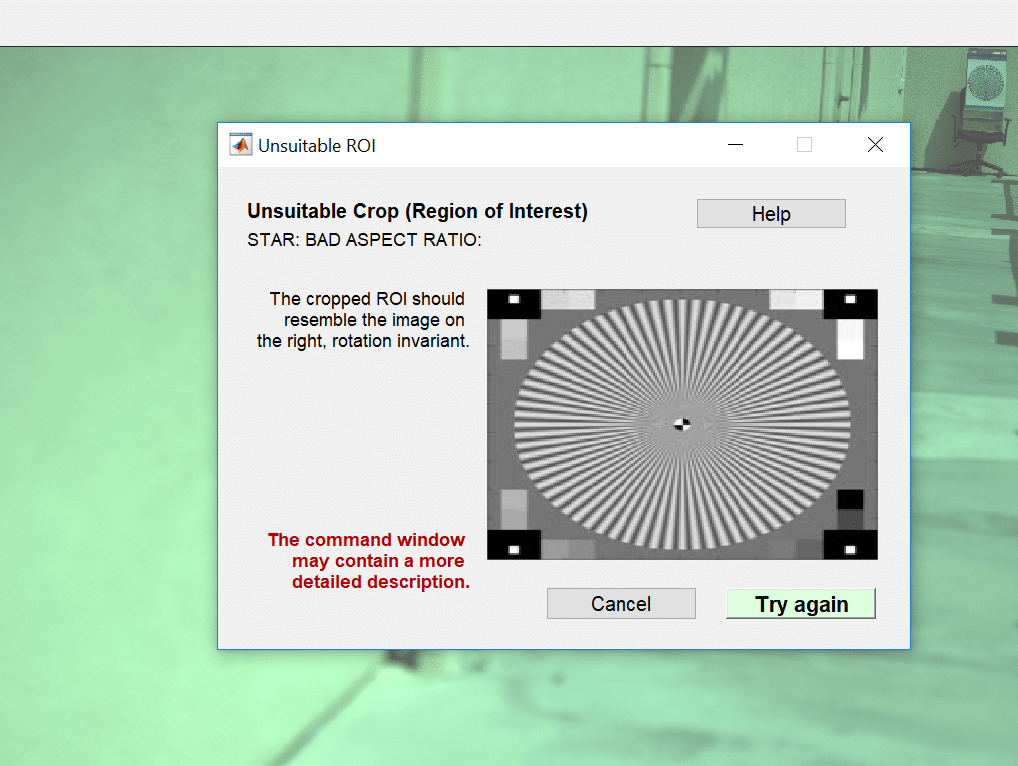 So, even with an 85, the distortion introduced by a corner placement is too much for Imatest. With a wider lens, things would be worse.

So my hopes of finding a way to do both visual and quantitative lens screening with one capture are dashed. I could use a slanted-edge target, but that would require two sets of captures since that is a lousy target for visual analysis.