There are at least two strange things. Note that the size of the target in the lower right corner is smaller than the target when it’s in the other three corners. The corners are positioned approximately by the person making the test, but they don’t look different enough to me to cause what we’re seeing here.

Another strange thing is a band of unsharpness that occurs on the far left shot and upper left corner at a quite low spatial frequency.

I might keep this lens if normal shots looked OK.

Here’s another copy of that lens: 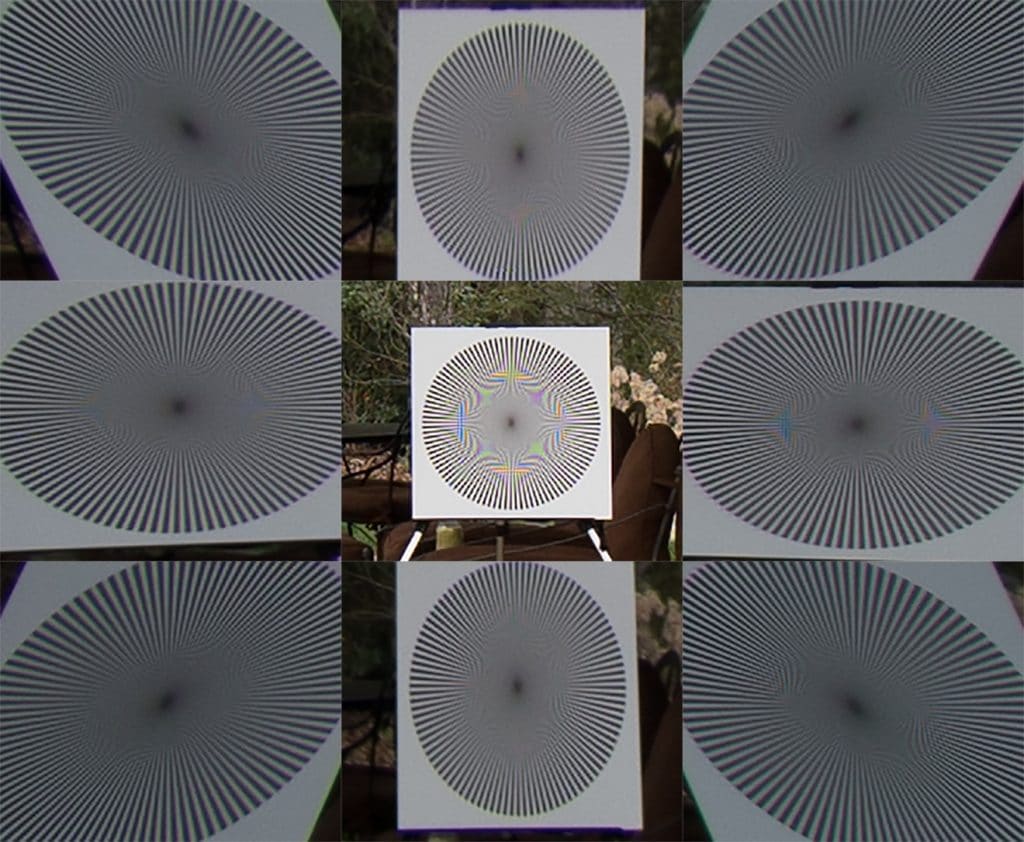