A reader sent me a set of raws that came from a Phase One P45+ back on a V-series Hasselblad, with a Zeiss/Hasselblad 60mm f/3.5 Distagon CF.

There are a few strange things about the captures, and you’ll need to see one of them to understand some of what is going on. 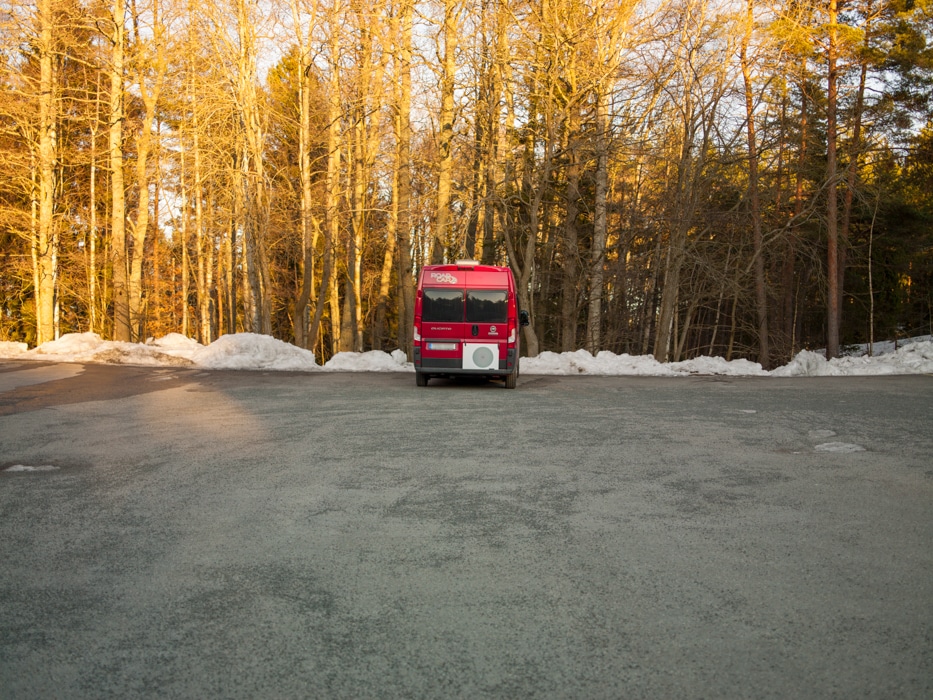 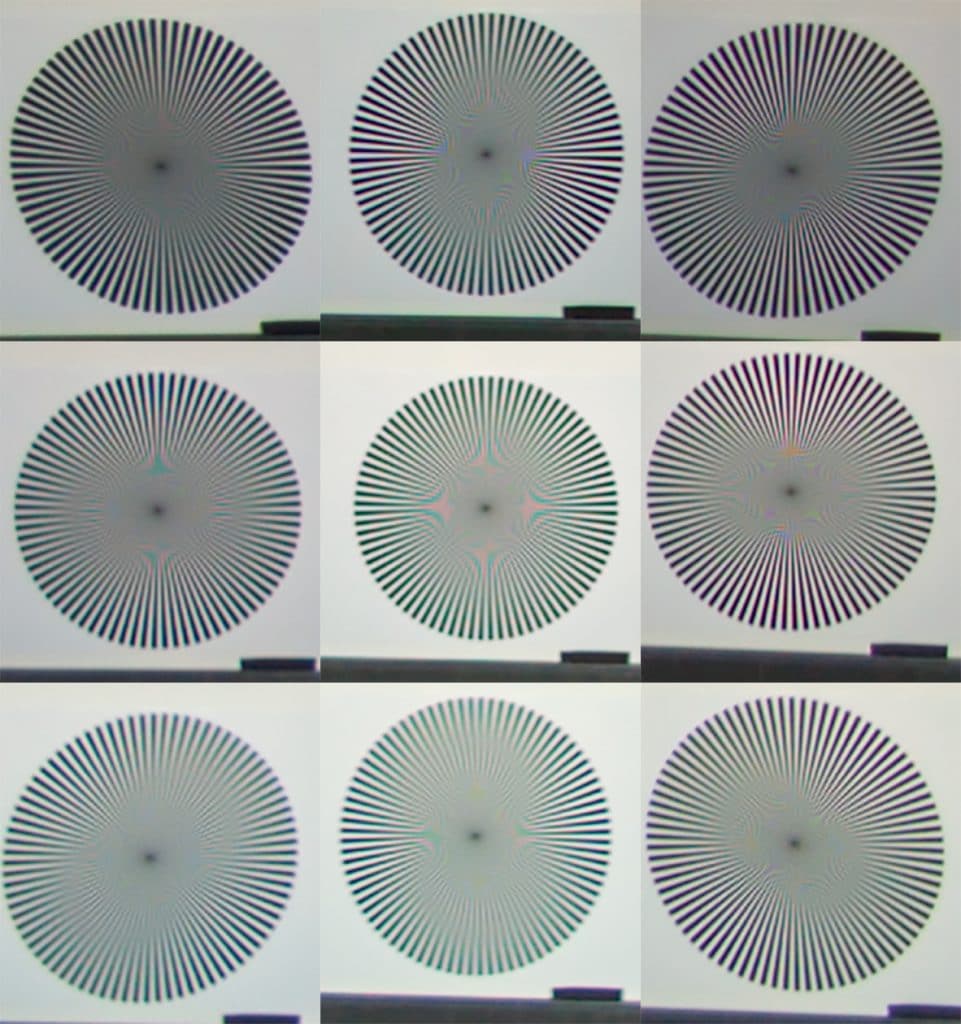 Why are the images with the target in the top (the top row above) darker than the ones with the target in the bottom? My theory is veiling flare. When the camera is pointed down, as it must be to do the top row captures, there are no large bright areas in the image, and hence not much flare. As the camera is point level to get the middle row, and up to get the bottom row, there is more of that bright background in the image, and there’s enough flare that it affects the target.

There’s a color shift towards magenta in the outer images. I think that’s chromatic aberration, lateral, longitudinal, or both. This is not a very contrasty lens. Maybe that’s partially due to the veiling flare. The lens is sharp enough to cause aliasing in most corners. The lower left is the weakest of the bunch.

I think this is probably a pretty good copy of this lens, that it’s clear that it wasn’t designed for a sensor like that in the P45+, and that it is still capable of aliasing almost anywhere in the frame.