Here are the 100 mm shots, cropped, scaled up to 200%, and placed in a composite image that shows the orientation of the target in each of the nine captures. 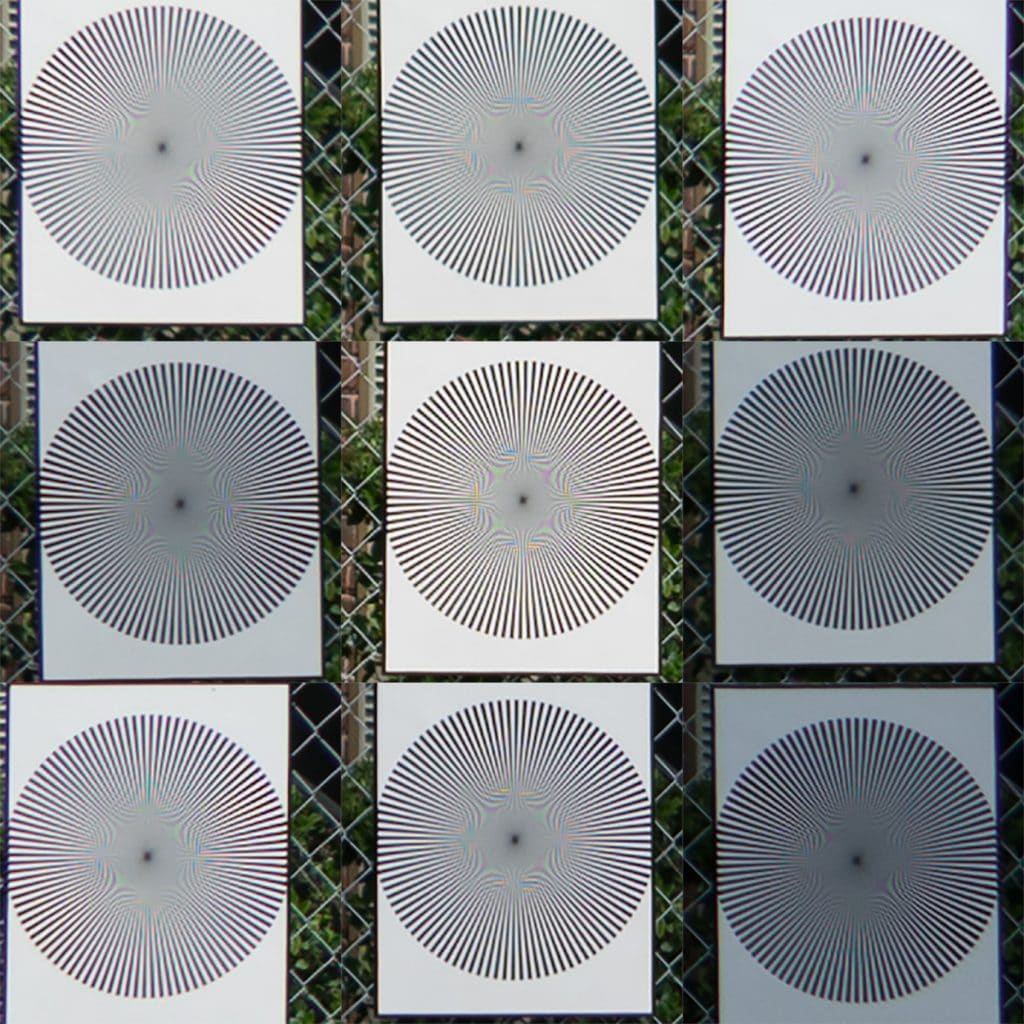 The apparent exposure differences between the captures are unusual. I checked the EXIF, and the ISO, shutter speed, and f-stops are the same for each capture, so that’s not it. I think there may have been some high cloud cover that attenuated the sunlight in some of the shots.

Except for some astigmatism in the upper left and lower right corners, the lens looks just great. We always knew this lens was good at 100 mm and this proves it. I wouldn’t have any concern about the astigmatism, but it is a departure from radial symmetry. 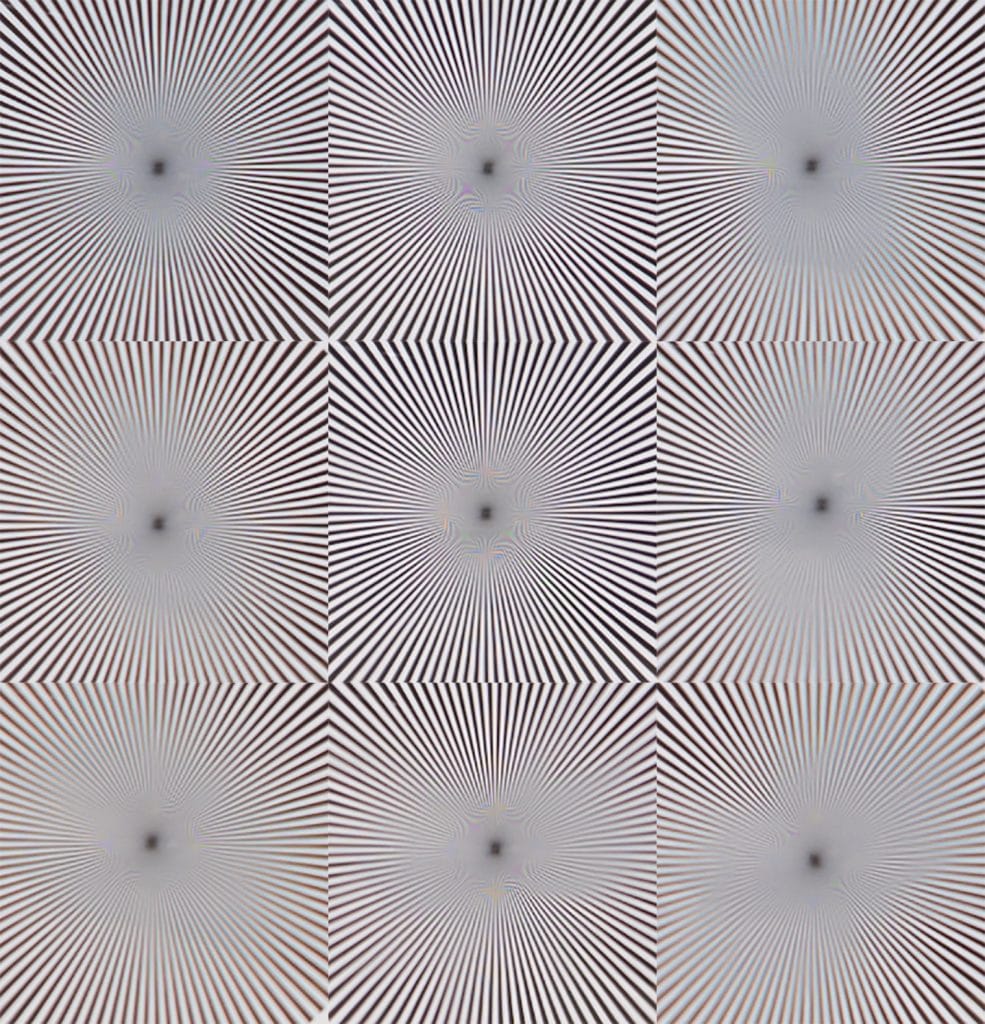 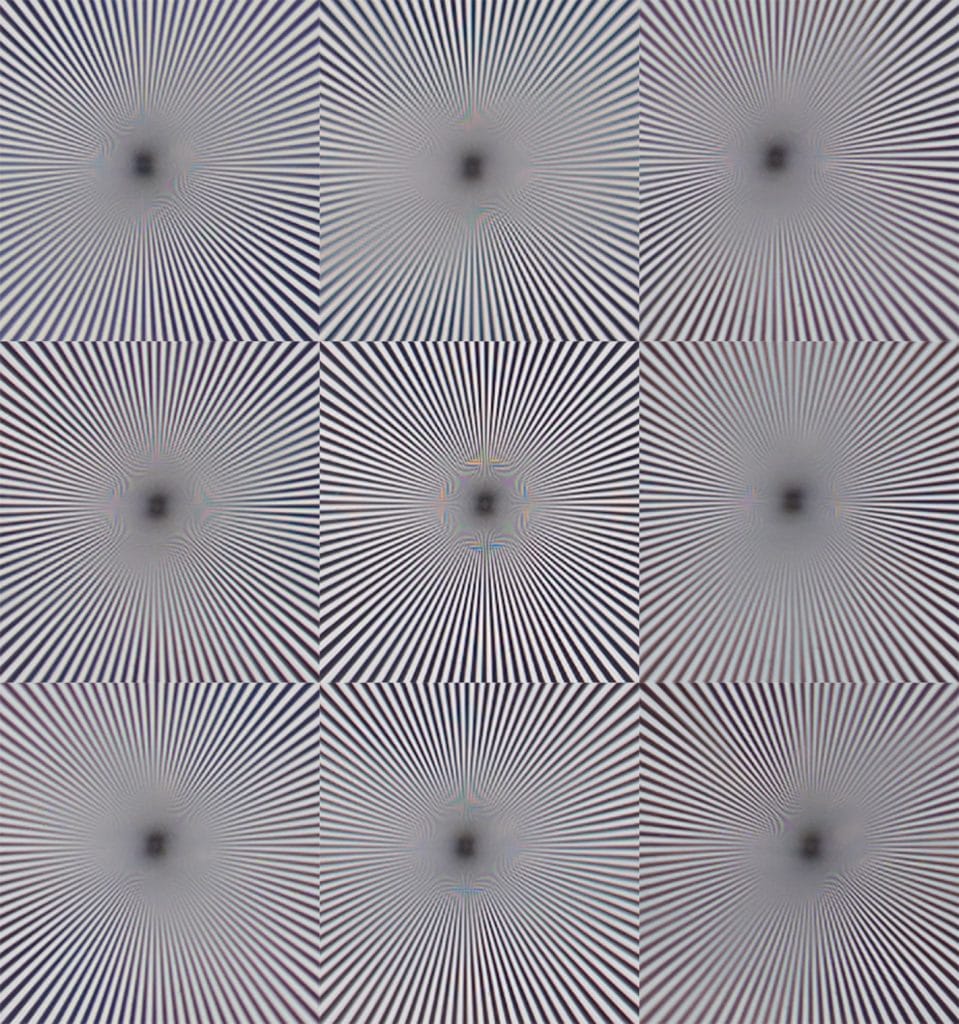 This looks pretty symmetric, too, but the captures point up a difficulty in performing this test at such long focal lengths. The reader included an extra copy of the on-axis capture in each set, and in the 400 mm set, the second shot was markedly softer than the first, and indeed softer than any of the others. Probably camera motion, not a focus shift, because the second on-axis capture was in the middle of the series. But if camera motion could affect one image in a series, it makes me a little suspicious of the others, and any variations could be at least partially caused by such motion. But there couldn’t be much, with all the aliasing we’re seeing.

I’d call this lens a keeper.