Yesterday I reported on the loss of precision and reduction in engineering dynamic range (EDR) that accompanies the faster frame rates that are gained by switching the camera to continuous drive mode and choosing compressed raw file format. This morning I took a look at the read noise spectra, and here’s what I found. 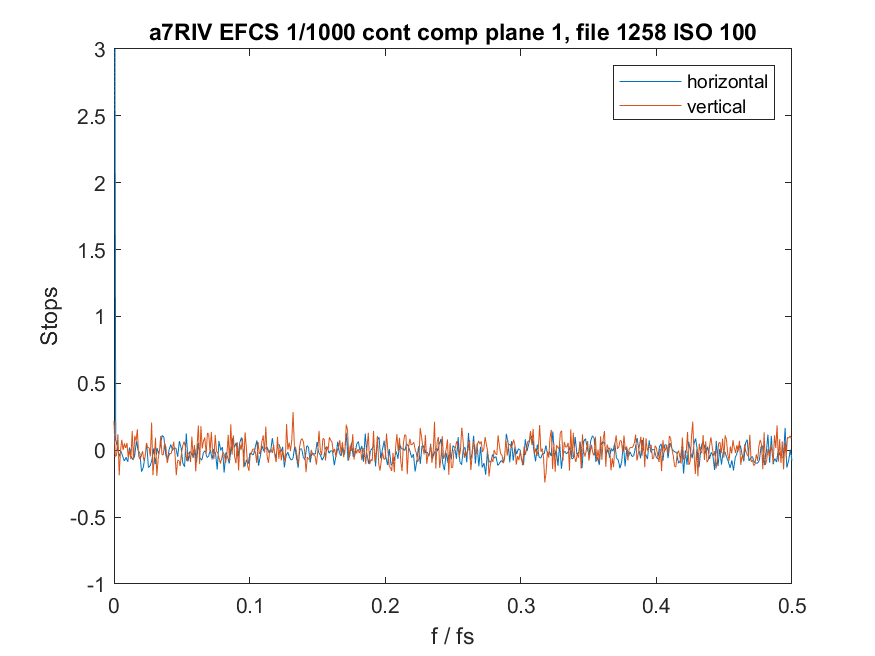 I’ve changed the vertical axis to stops rather than the decibels that I have been using. I think that’s more intuitive for most photographers. The horizontal axis is the spatial frequency as a ratio to the sampling frequency of the sensor. f/fs = 0.5 is the Nyquist frequency for the plane — if you want to get technical, it’s a quarter of the sampling frequency for the hole sensor. I’ve plotted the average spectra in both the horizontal and vertical directions. Plane 1 is the red plane in the a7RIV. Planes 2 through 4 are green, green, and blue. The above plot looks just like you’d want it to look. But that happy circumstance doesn’t last long. 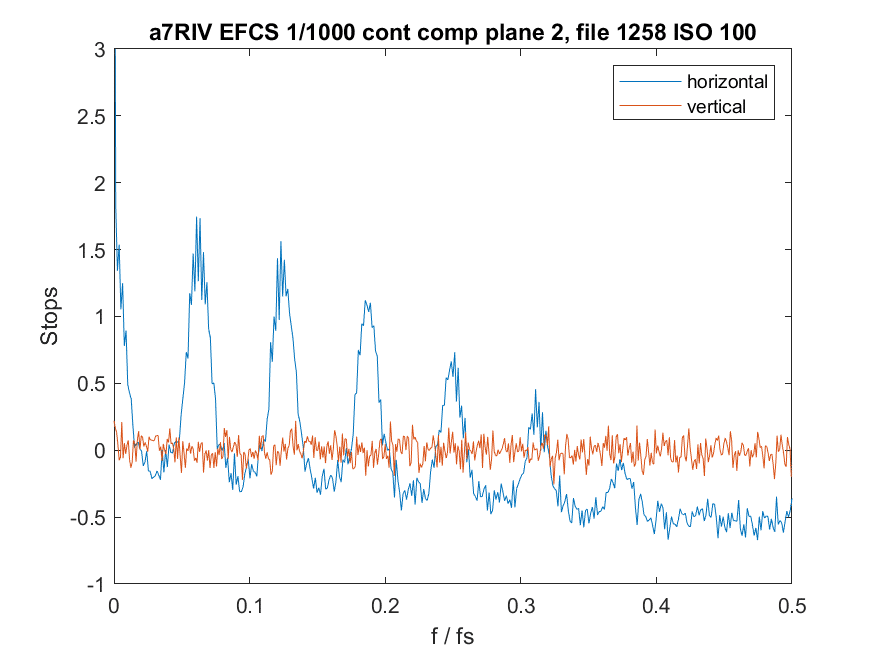 We’ve seen this movie before in other Sony cameras. There is a strong periodic horizontal component. 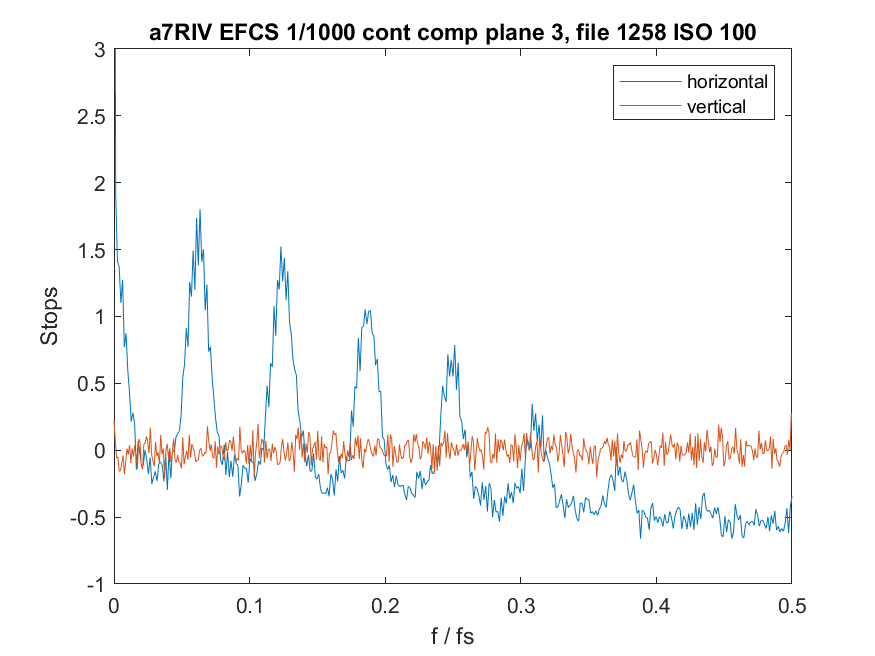 It’s in both green planes, which is about the worst place to have it. 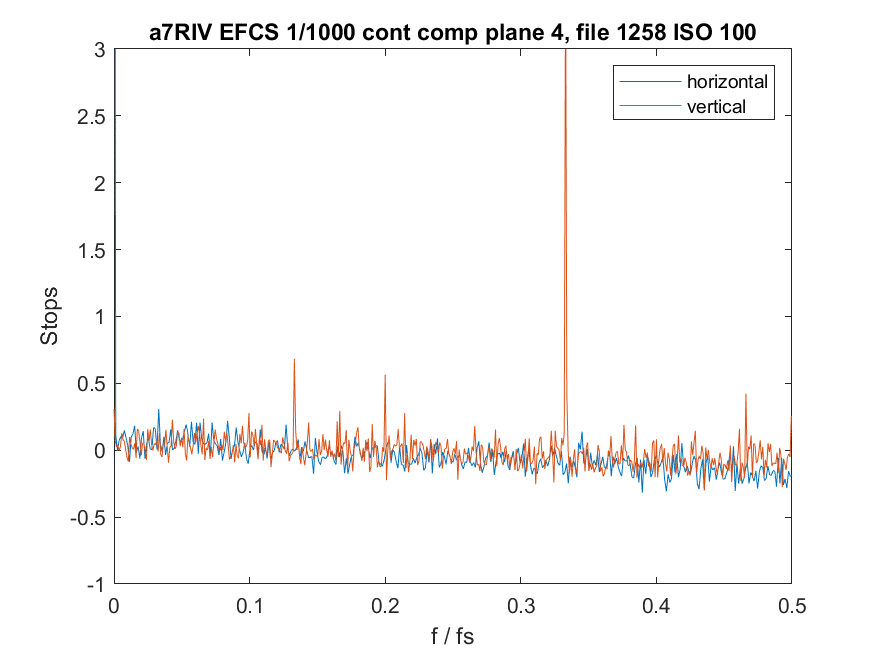 The blue plane is pretty flat except for a very large spike at one third the sampling frequency. 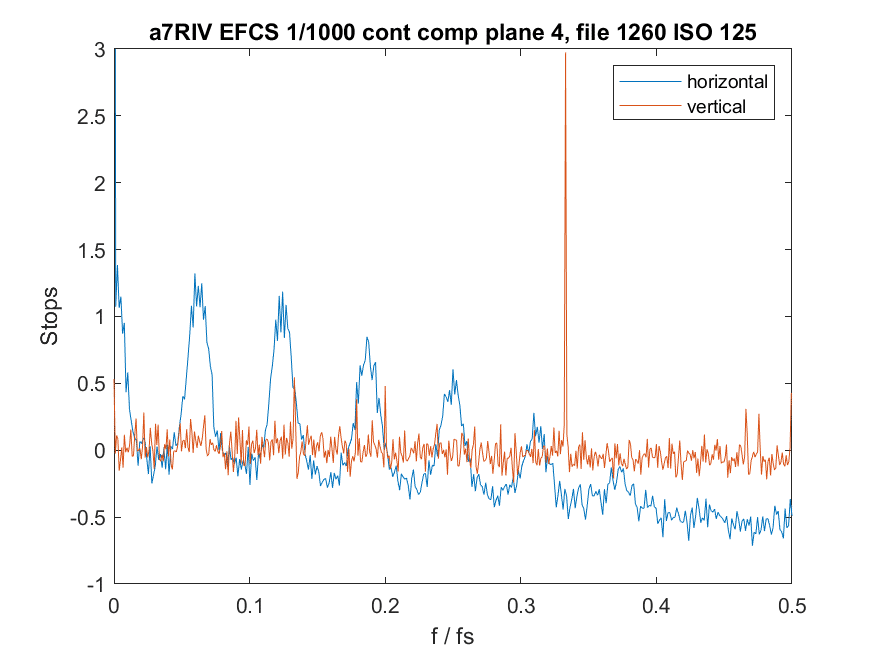 As the ISO goes up, the read noise increases, and the periodic component diminishes: 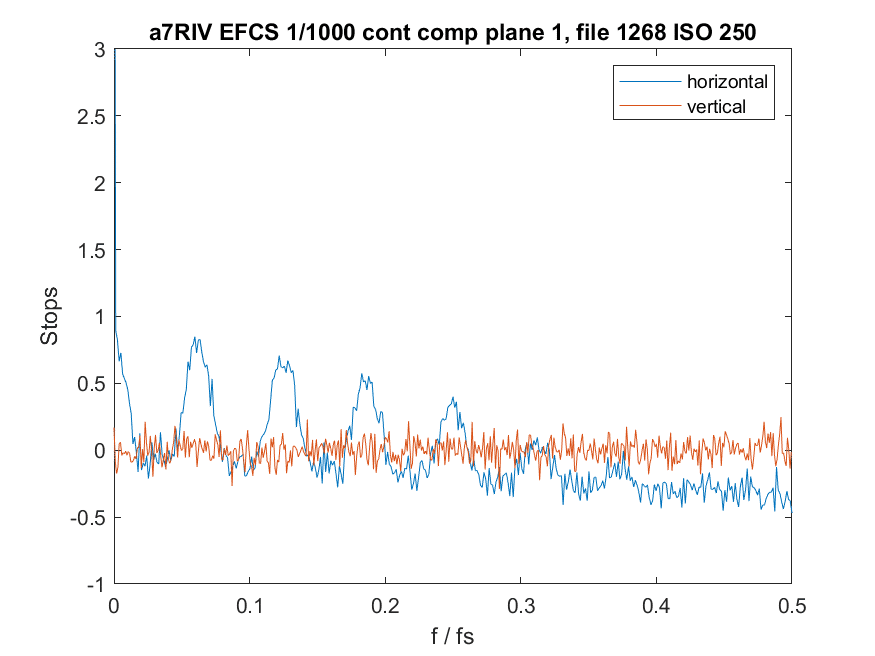 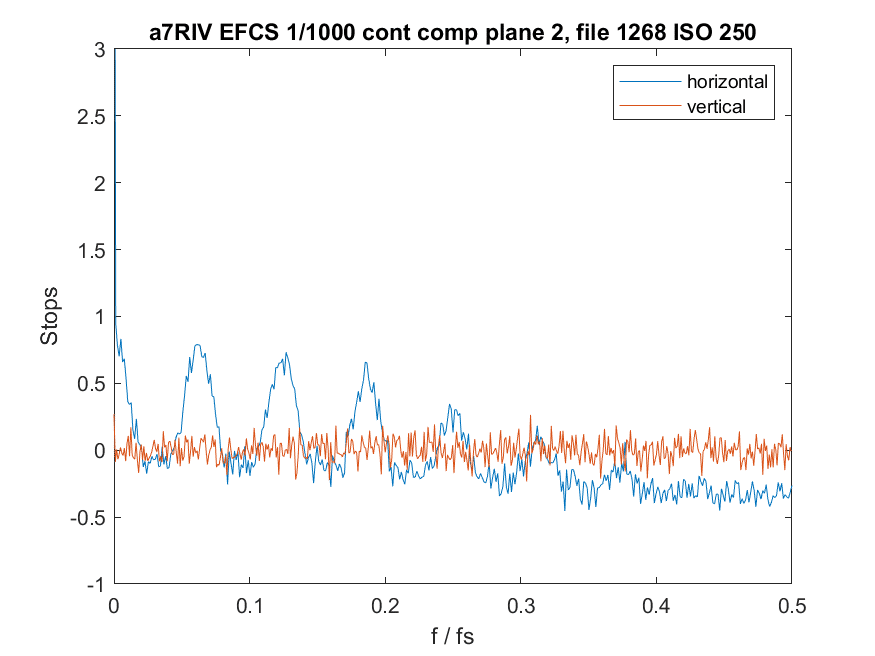 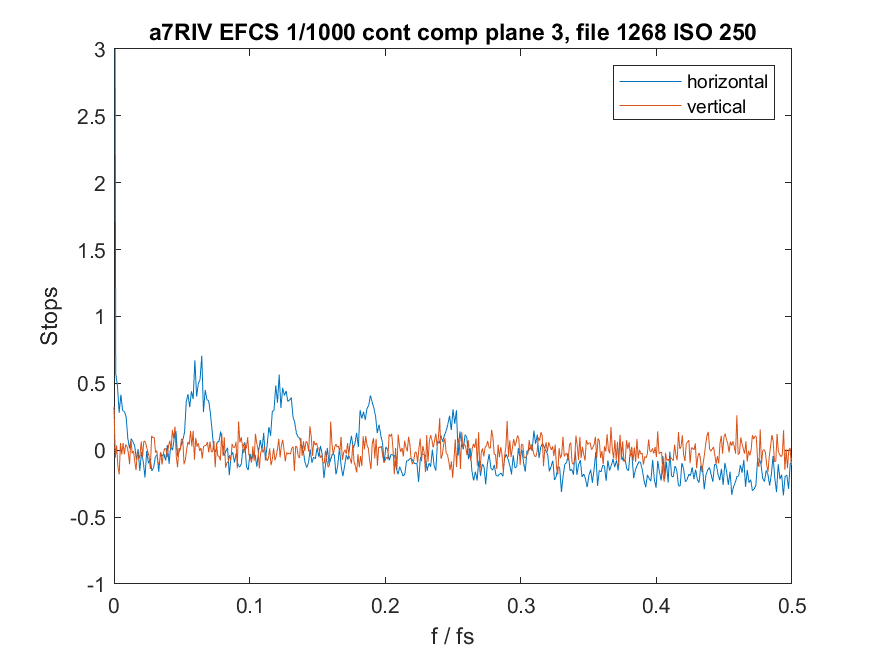 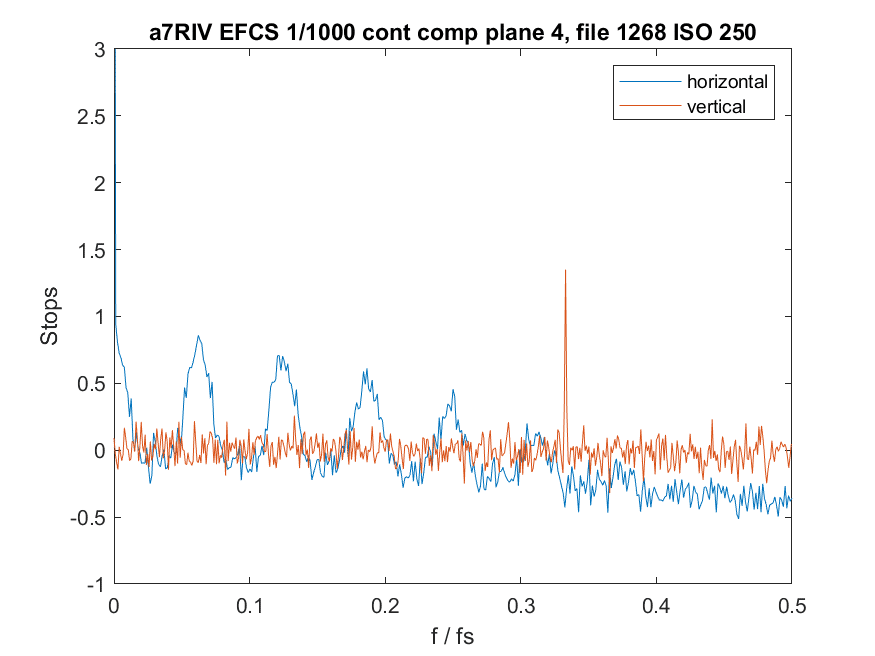 But it gets worse again at ISO 320, as the read noise drops there: 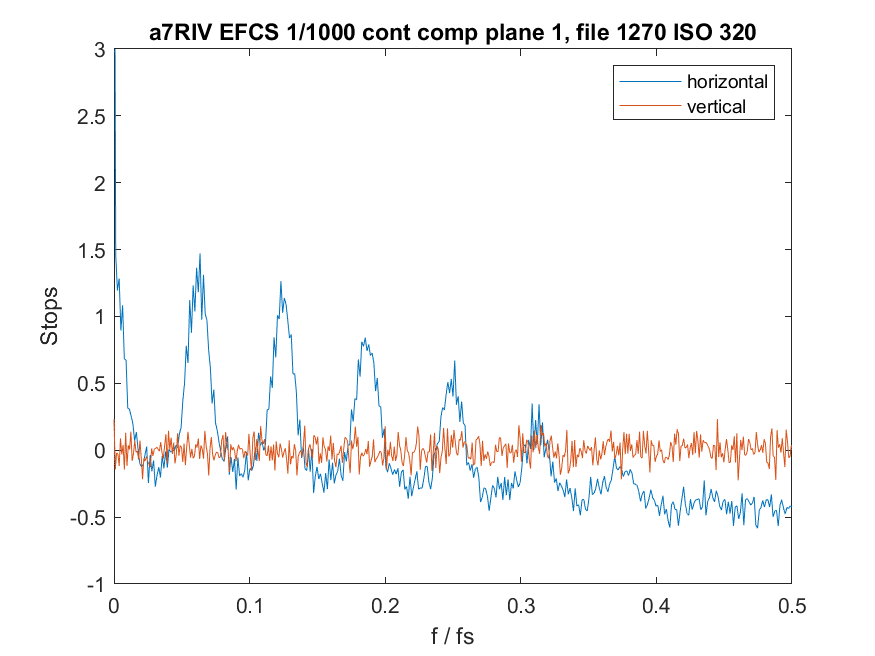 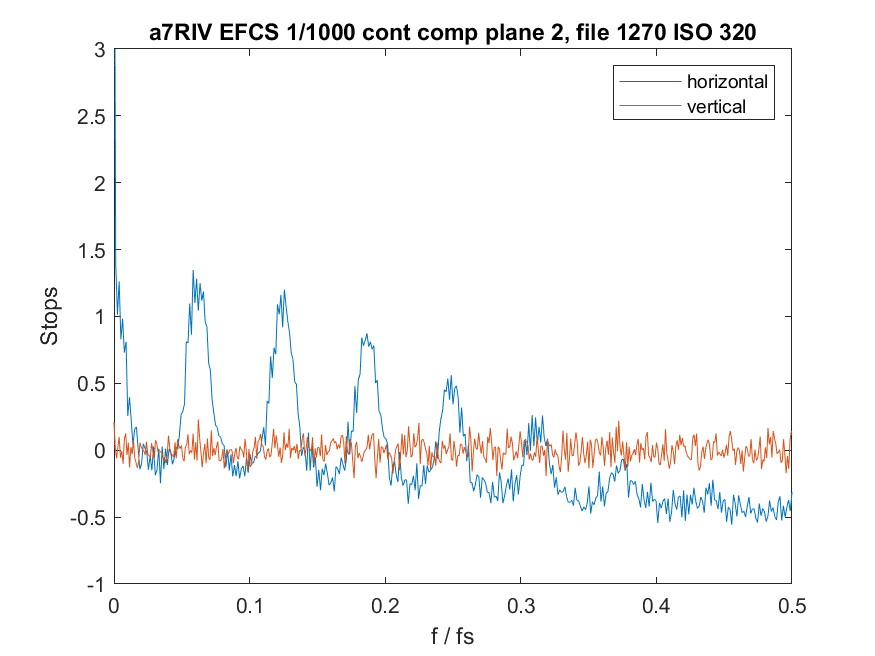 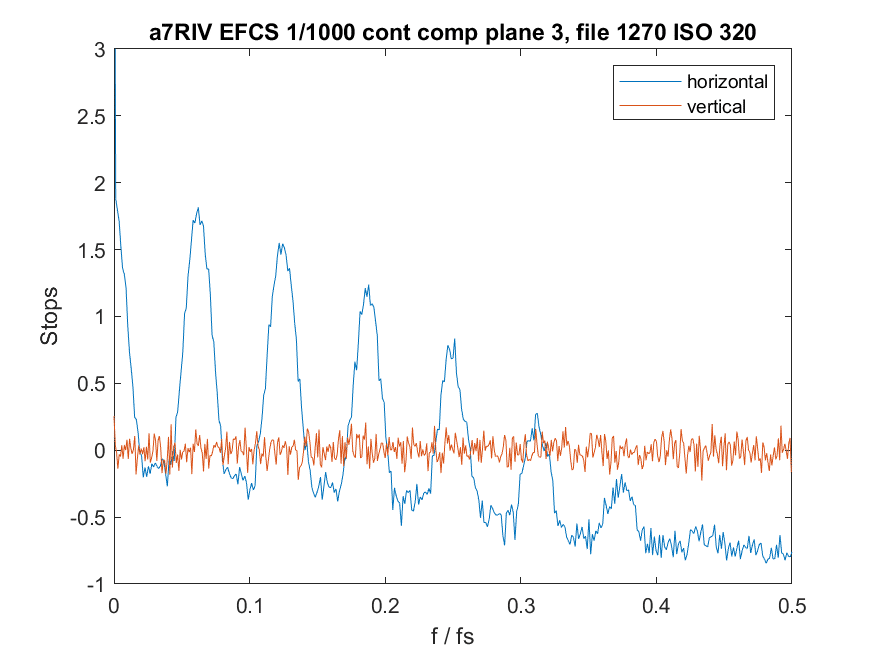 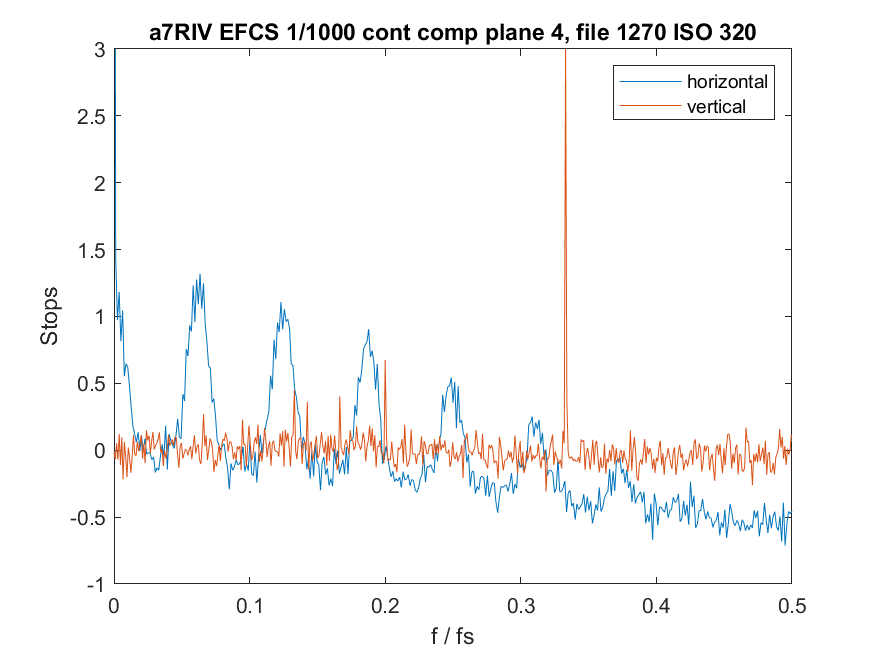 At higher ISOs, the effect goes away: 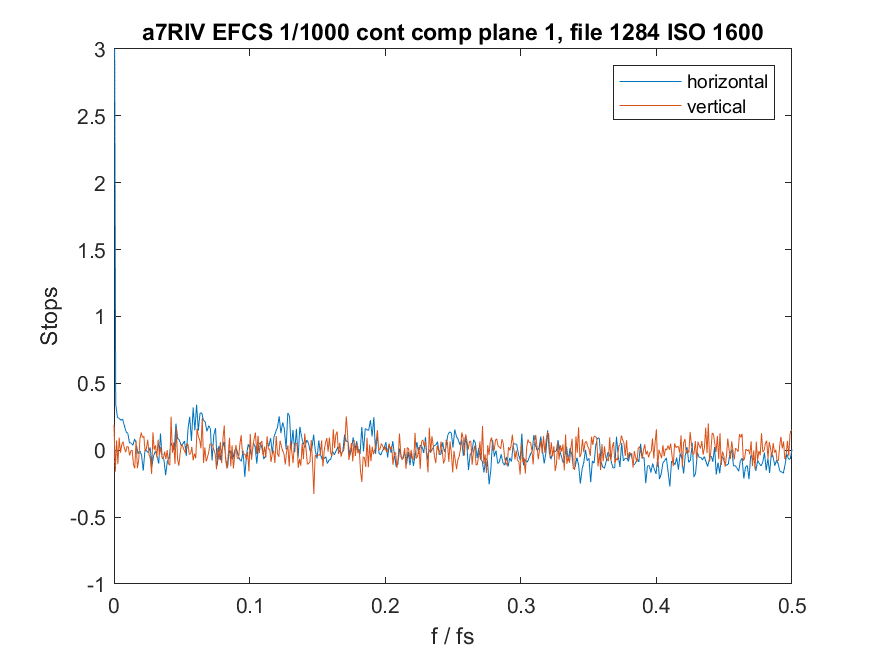 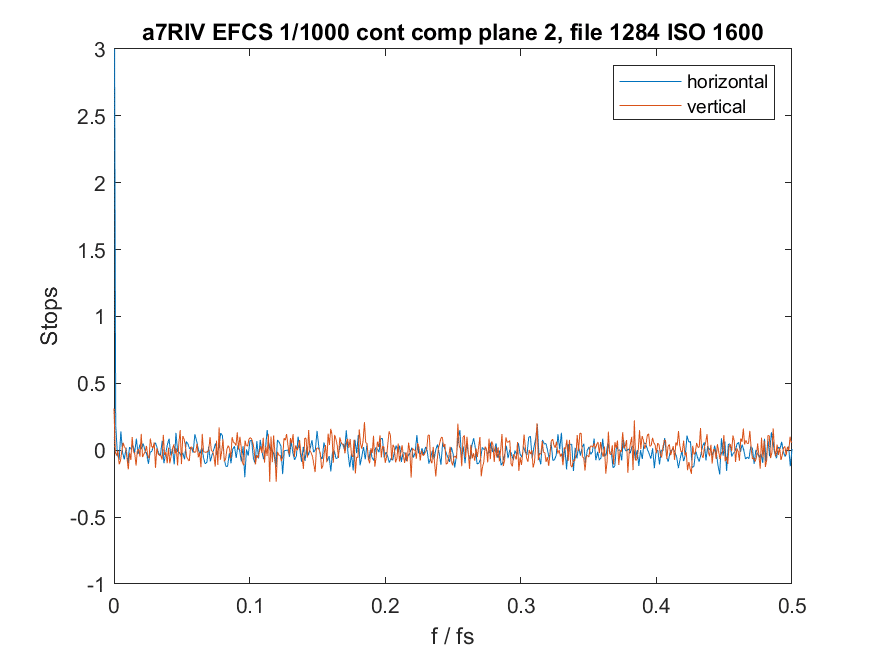 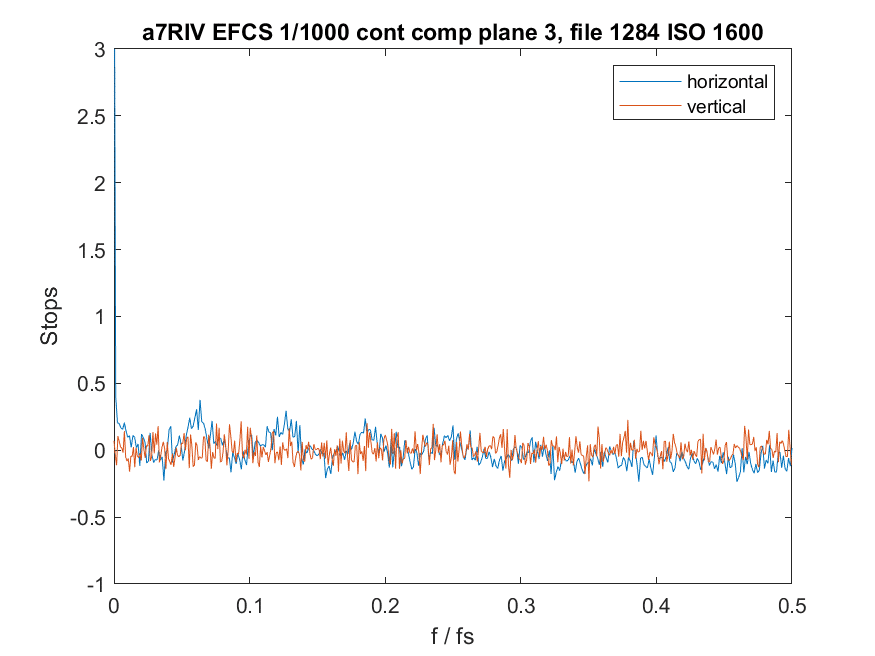 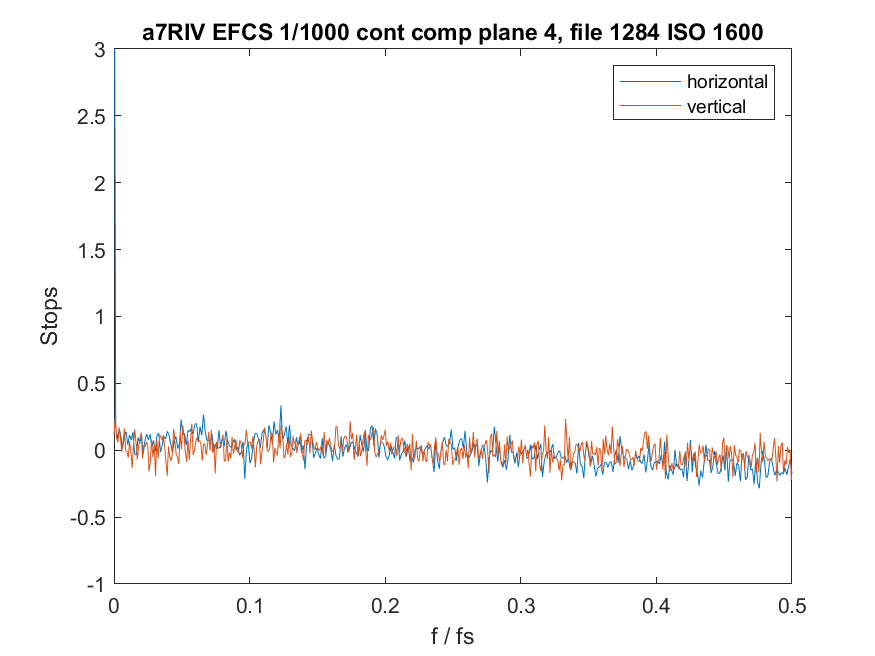 I’ll be making some photographs to see what the effect is in the real world.