This is the first in a series of posts on the Hasselblad X2D 100C camera and the XCD lenses. I only have one XCD lens, the 38mm f/2.5. Whether I get more or not depends on how much I like the camera and the 38. You will be able to find all the posts in this series by looking at the righthand column on this page and finding the Category “X2D”.

I can think of two possibilities, which are not mutually exclusive. 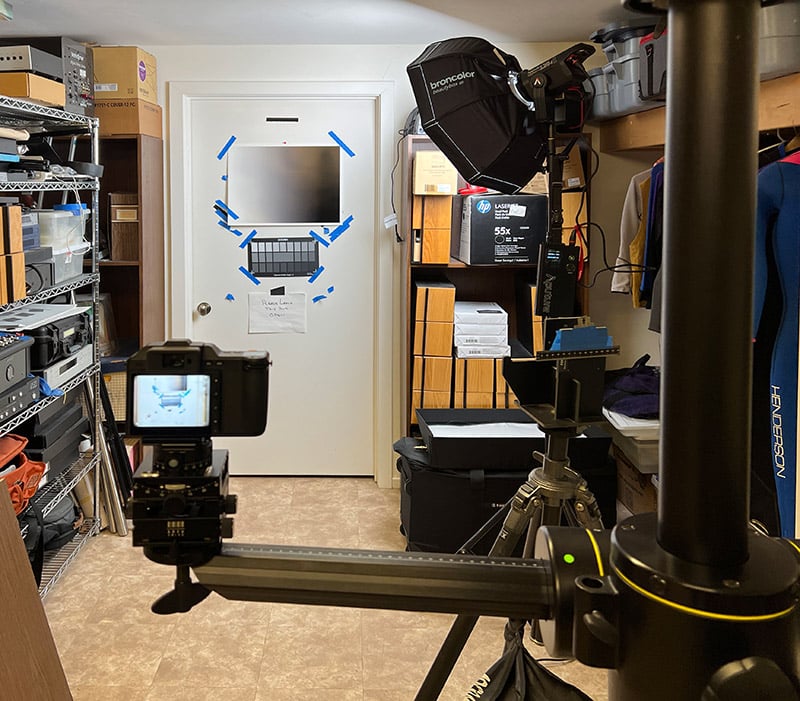 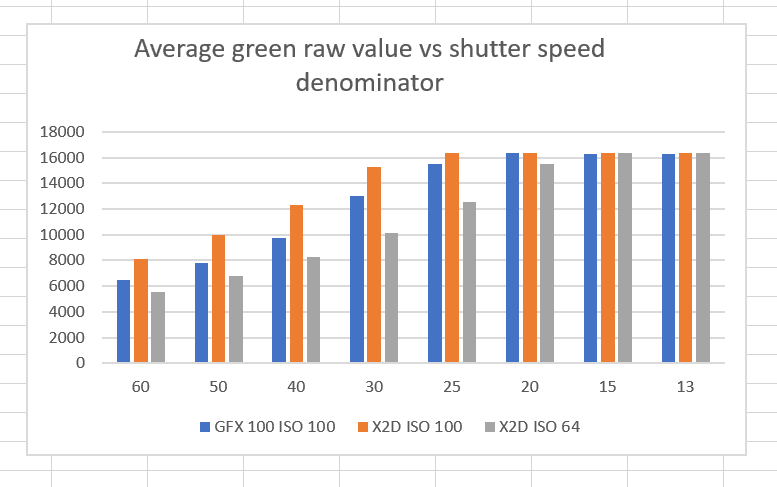 Looking at the relative sensitivities in stops for the three shortest exposures: 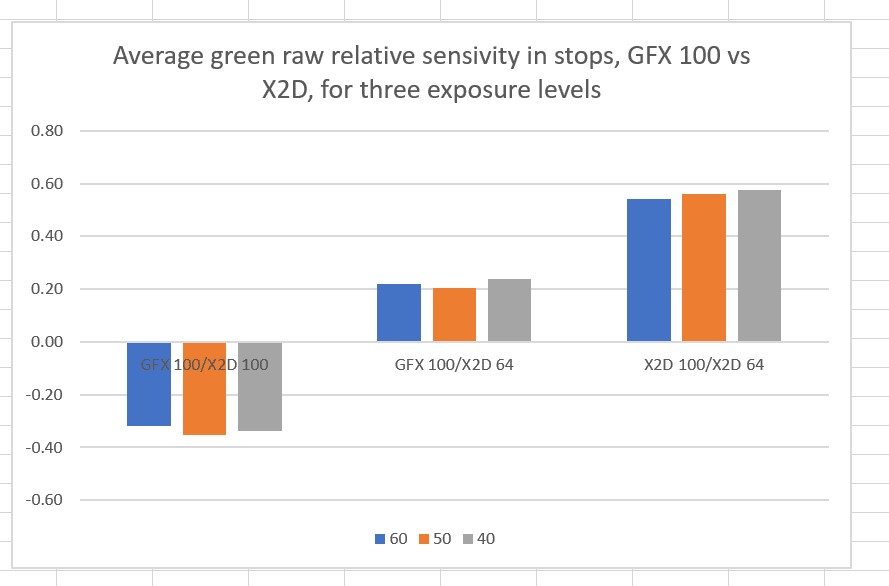 So the reduced base ISO is achieved through a combination of things. There’s a real loss of sensitivity of 0.2 stops from the GFX 100, which is a lot less than the 0.67 stops you’d expect from the ratio of the two ISOs. A tenth of a stop of that difference comes from the relative calibration of ISO 64 and ISO 100 in the ‘blad. The rest might come from the CFA, it might come from taking small liberties with linearity, or it might come from both.

There seems to be less here than meets the eye.

Note that this accuracy of this test depends on the timing of the electronic shutter speeds on the two cameras being identical. In the past, I have found those shutter timings to be very accurate.