This is the fourth in a series of posts on the Hasselblad X2D 100C camera and the XCD lenses. You will be able to find all the posts in this series by looking at the righthand column on this page and finding the Category “X2D”.

And now, what some of you have been waiting for: modulation transfer function (MTF) numbers for the Hasselblad XCD 38 mm f/2.5 on the X2D 100C. If you’re not a numbers person, be patient, there are images coming up.

In the last year or so I’ve standardized lens test distance by field of view. Here’s the table I’ve been using, with the 38 mm distance added. 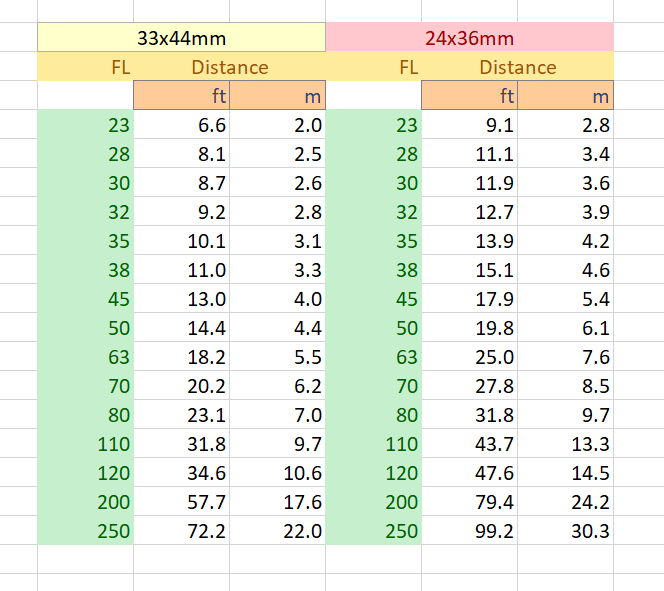 Here’s what the setup looks like with the camera at that distance. 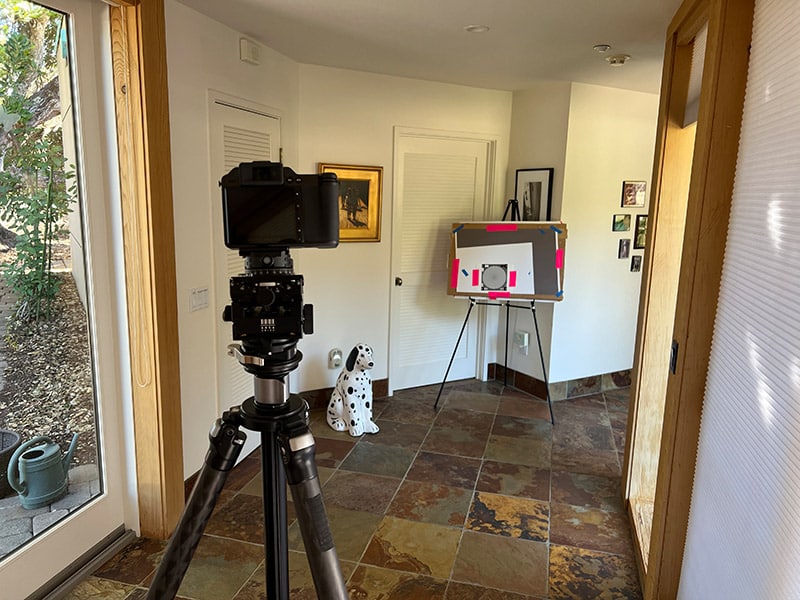 Lately, I have been using a complicated test for lenses. You’ll know about that if you’ve looked at the Fuji GF lens tests I’ve posted in the last year or so. That test requires that the camera have a focus bracketing feature. The X2D 100C has no such capability. It might be added in a future firmware release, but that doesn’t help me now. SO I was forced to fall back on cruder techniques. 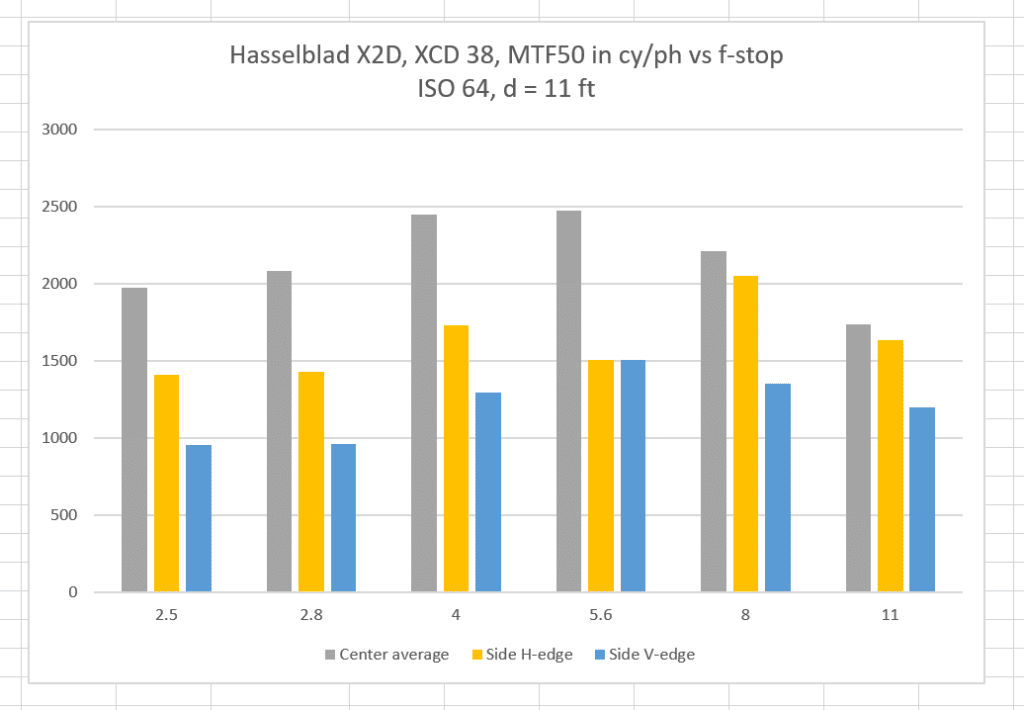 I hesitate to put this next chart up because it mixes apples and oranges, but people have asked how this lens compares to the 45mm f/2.8 GF. Take the graph with a grain of salt, since 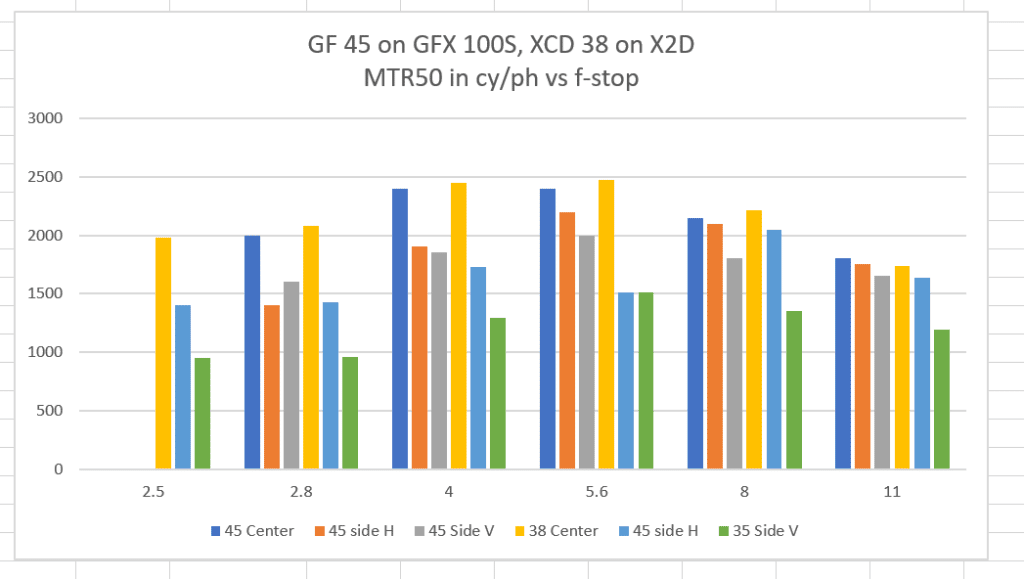 Overall, the 45 looks a little better, but remember those grains of salt. I”ll be doing direct comparisons later.