I’ve measured finder latency before by aiming the camera at a digital stopwatch and photographing both the LCD on the back of the camera and the stopwatch at the same time. I decided to try that with the Z9. A few caveats: 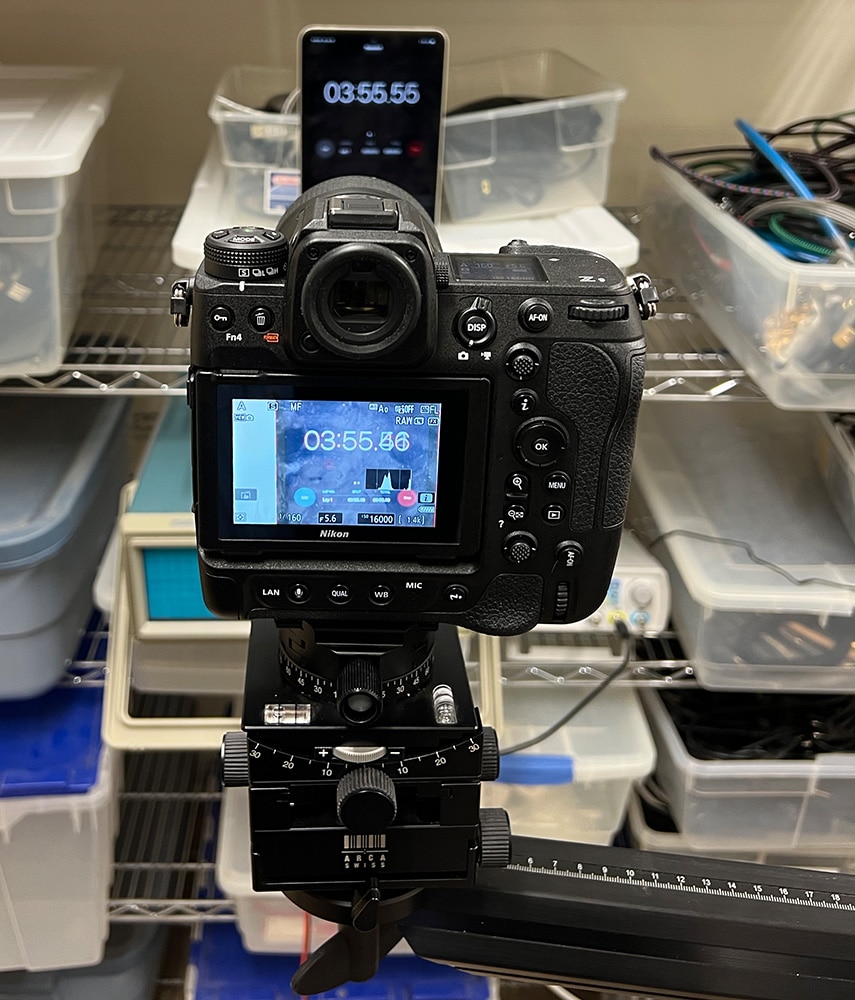 I made about 30 images, throwing out the ones showing two digits at the same time.

The average latency shown in the remaining 22 images was 49 milliseconds. When I measured the SOny a9 using somewhat different methods, I got 35 milliseconds. I got about 25 milliseconds with the Z7 with the magnification turned off using a similar setup to what you see above.

I was unsatisfied with the variation I observe in the samples from the above test. I thought that the fast that the counter in the stopwatch is probably skipping codes probably cause a bias towards longer-than-accurate results.

So I used an oscilloscope with a 10 KHz full scale input wave, and the time base set to 10 msec/division. 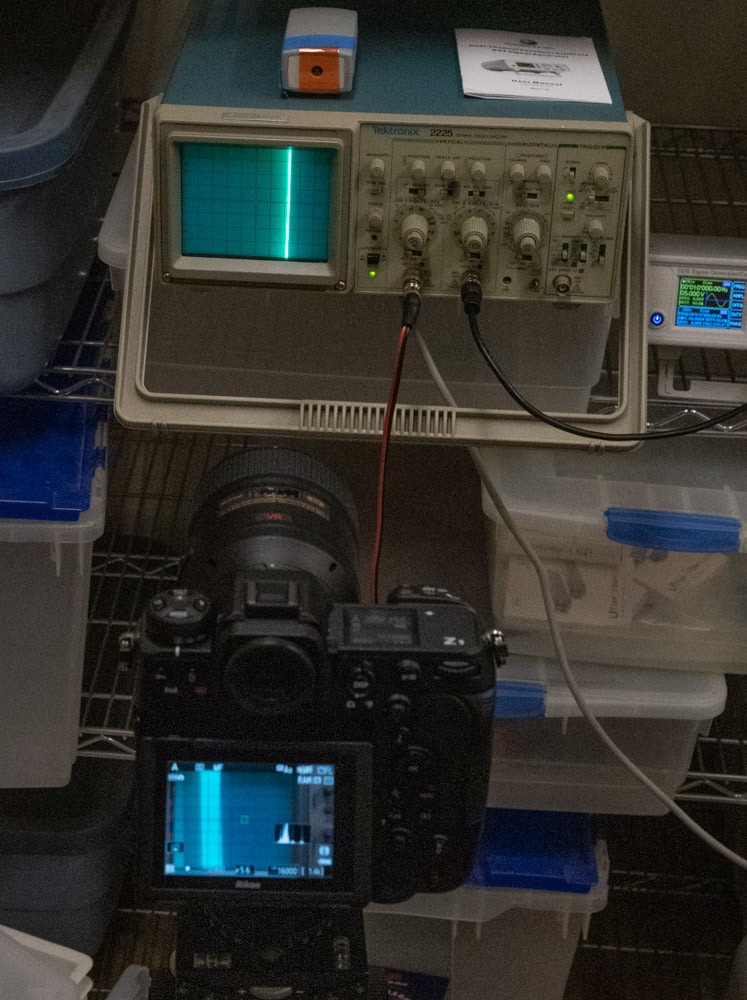 Here’s a closeup of the ‘scope: 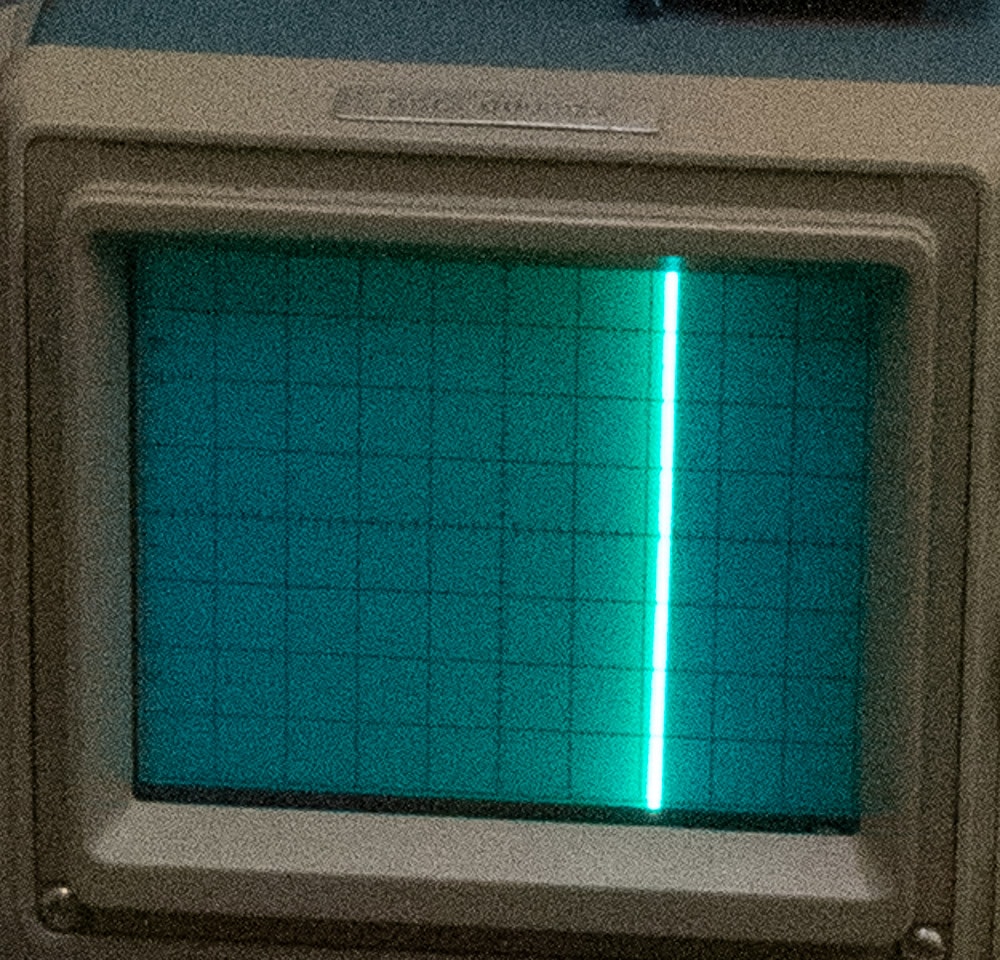 And one of the camera: 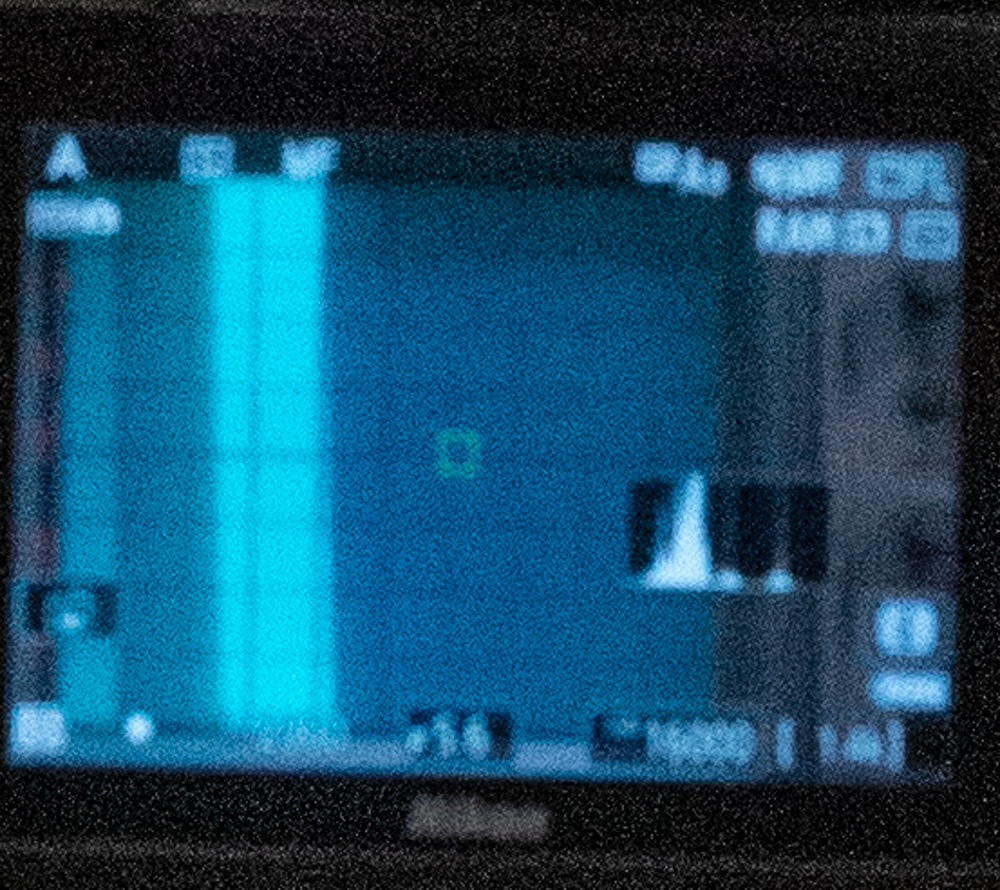 When the shutter button is half-depressed, the scan rate ofthe LCD appears to double. This would have been easier if I’d three hands, but I did take some images with the camera set up that way. Since the latency dropped, I set the time ase on the scope to 5 milliseconds per division. 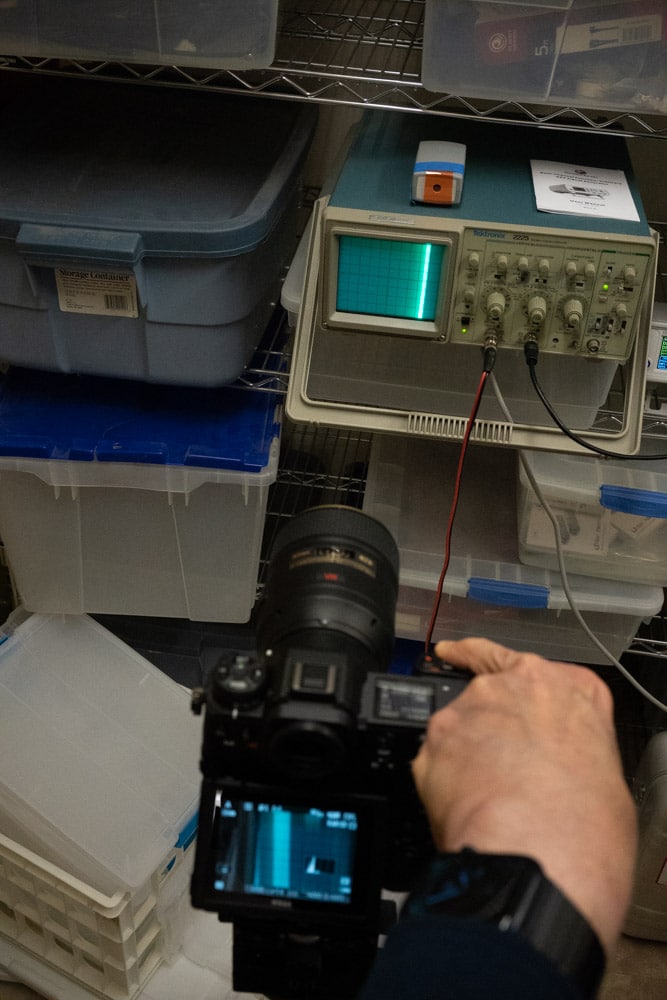 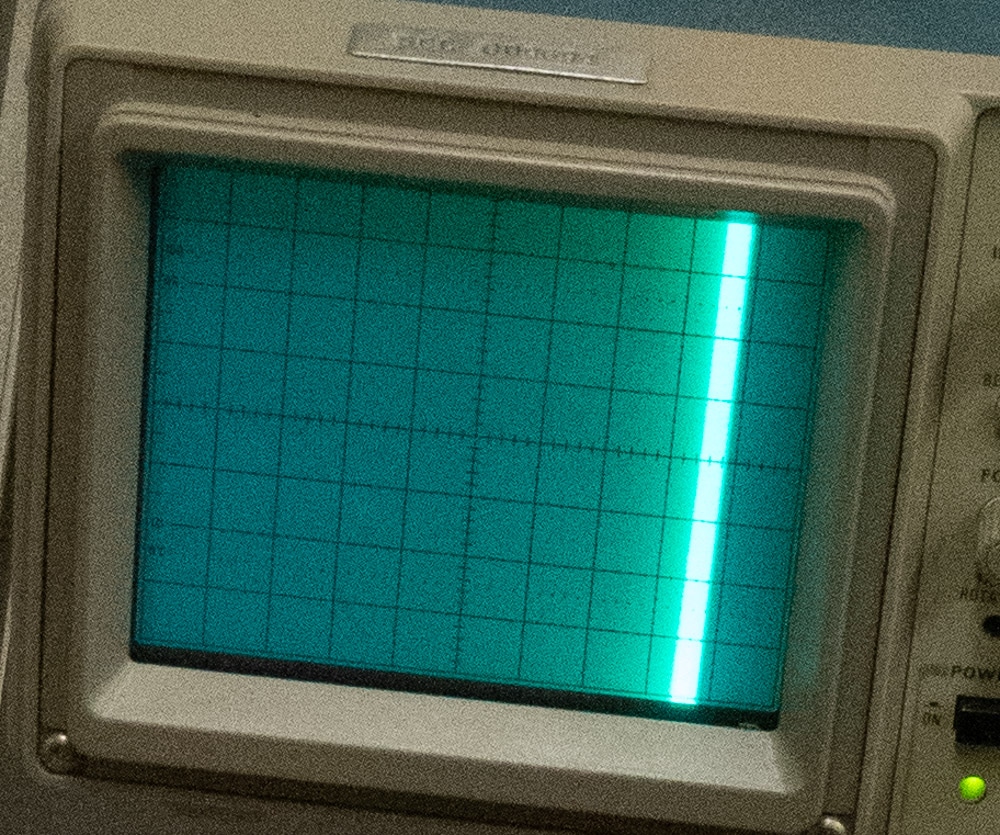 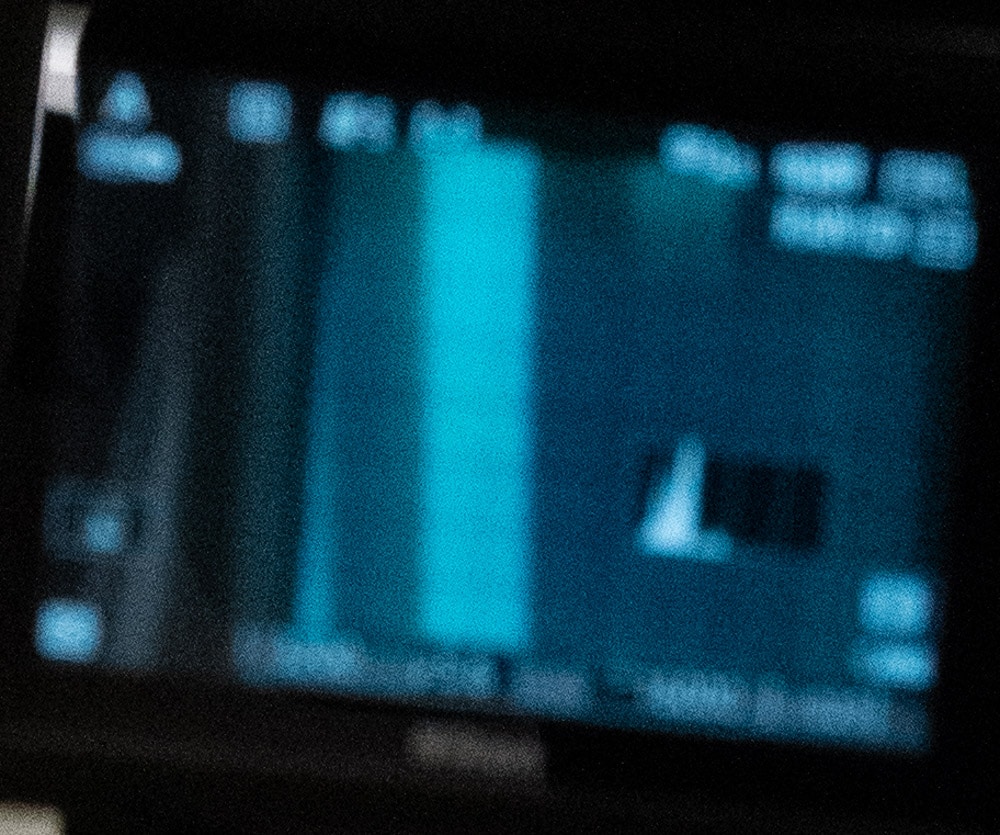 This is really out of focus, but I can make out the graticule lines.  Looks like about 5 divisions to the right edge of the fat trace on the camera back, and 6.5 to the left edge. Call it 28 milliseconds average. The total time for the a9 shutter to traverse the frame is about 3.5 milliseconds, so it it only adding about a millisecond of uncertainty.