You are here: Home / a7III / Correcting a7III and Z6 shadow noise for sensitivity

This is one in a series of posts on the Nikon Z6 and Z7. You should be able to find all the posts about that camera in the Category List on the right sidebar, below the Articles widget. There’s a drop-down menu there that you can use to get to all the posts in this series; just look for “Nikon Z6/7”. This post is also about the Sony a7III; it’s in the drop-down menu, too.

In the last post, I showed that the shadow noise characteristics of the Sony a7III and the Nikon Z6 were as similar as two peas in a pod. But the cameras have slightly different sensitivities. In the green raw channel, it takes about 10% more light to register the same brightness with the a7III than with the Z6. Can we correct the curves to represent that?

We can’t take the high road, which would be to use an ISO setting of 10% higher on the a7III than on the Z6, because the cameras don’t allow the level of precision. I think the next best thing would be to shift the horizontal axis of the less-sensitive camera’s points so that it moves 10% to the right. 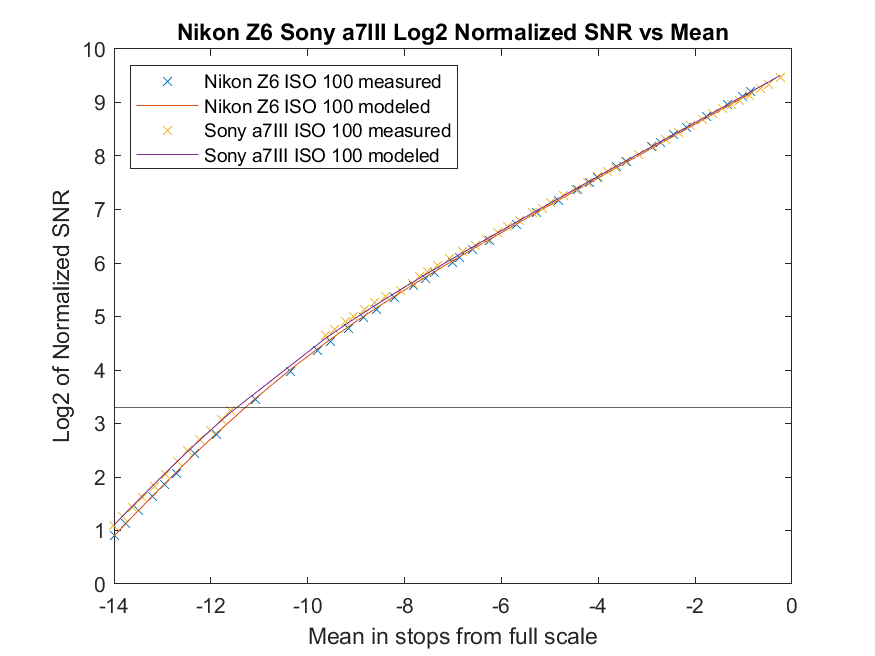 And here’s set with the a7III points corrected: 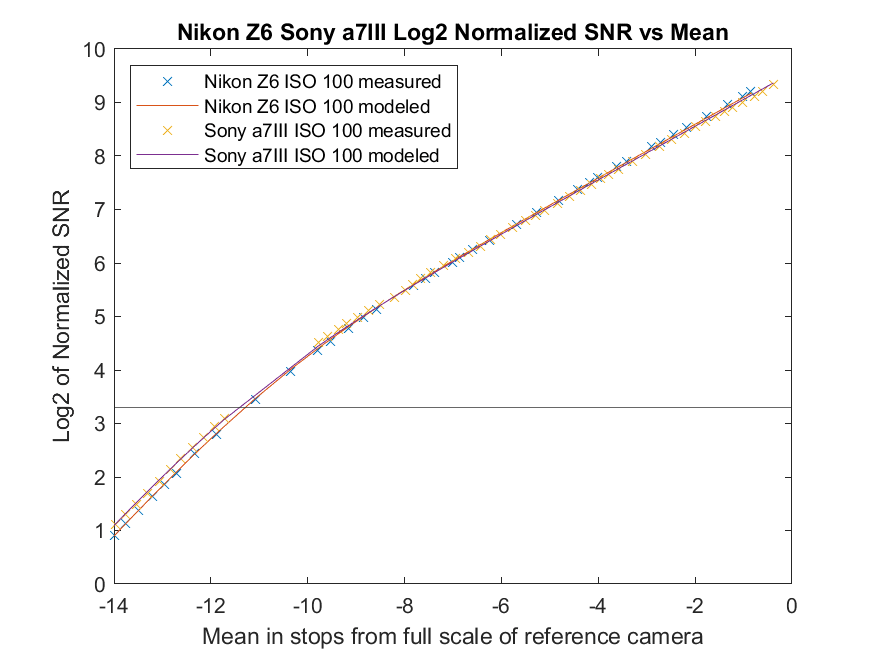 Not much difference, really. 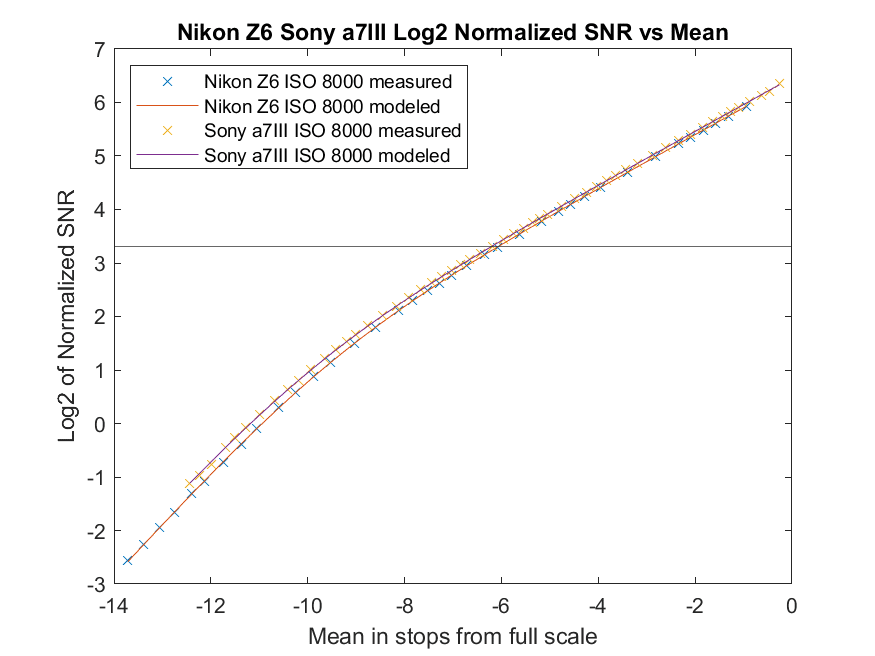 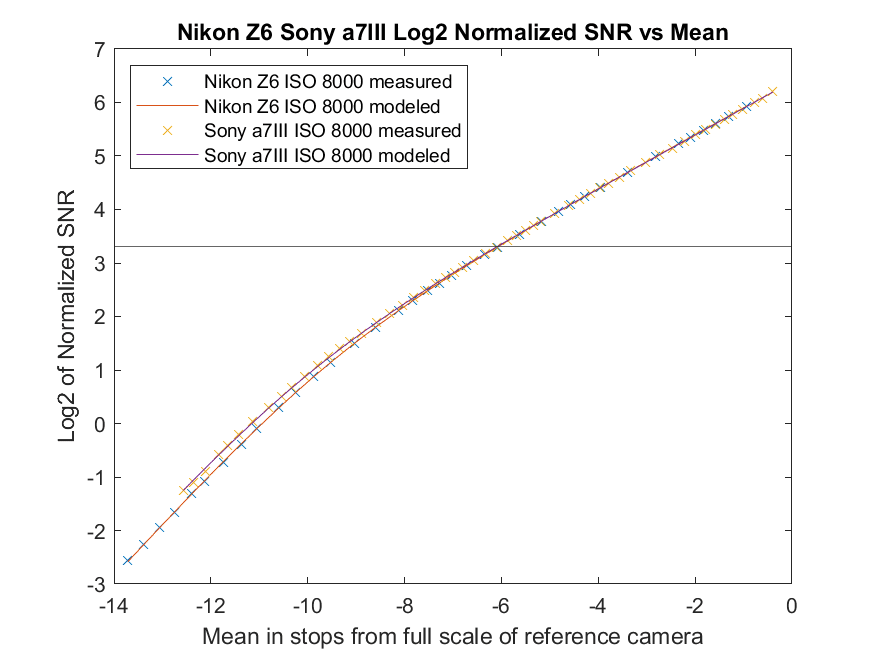 Except at ridiculously dark values, the corrected curves are right on top of each other. The changes are small enough that they are inconsequential, but this was something I had to check out.