This is one in a series of posts on the Sony a7RIII. You should be able to find all the posts about that camera in the Category List on the right sidebar, below the Articles widget. There’s a drop-down menu there that you can use to get to all the posts in this series; just look for “a7RIII”. This post is equally about the Nikon D850. You can get to the other posts about that camera in the same way; just look for “D850”.

I’ve now analyzed the way that noise varies with exposure and ISO setting in the D850 and the a7RIII, and found the two cameras to behave remarkably similarly. In this post, I’ll quantify those similarities.

Here’s the improvement in SNR that is created by turning up the ISO as opposed to leaving it at base ISO, with the horizontal axis normalized to the base ISO of each camera. For those of you who haven’t read the quantitative posts about the a7RIII and the D850, each point on the curves below represent the improvement in the signal-to-noise ratio that would result from advancing the ISO knob from base ISO instead of just leaving it as base ISO and pushing in postproduction. The SNR improvement has been converted to stops, which is something with which most photographers are comfortable. I’ve done plots for 5 different places on the camera’s tone curve. Here they are from the lightest to the darkest. 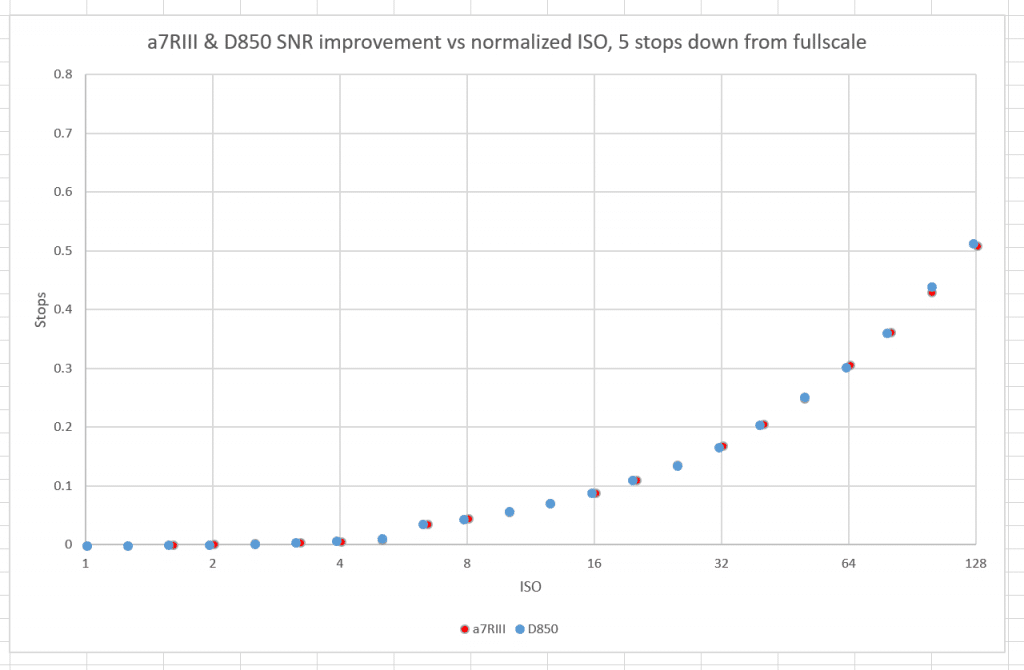 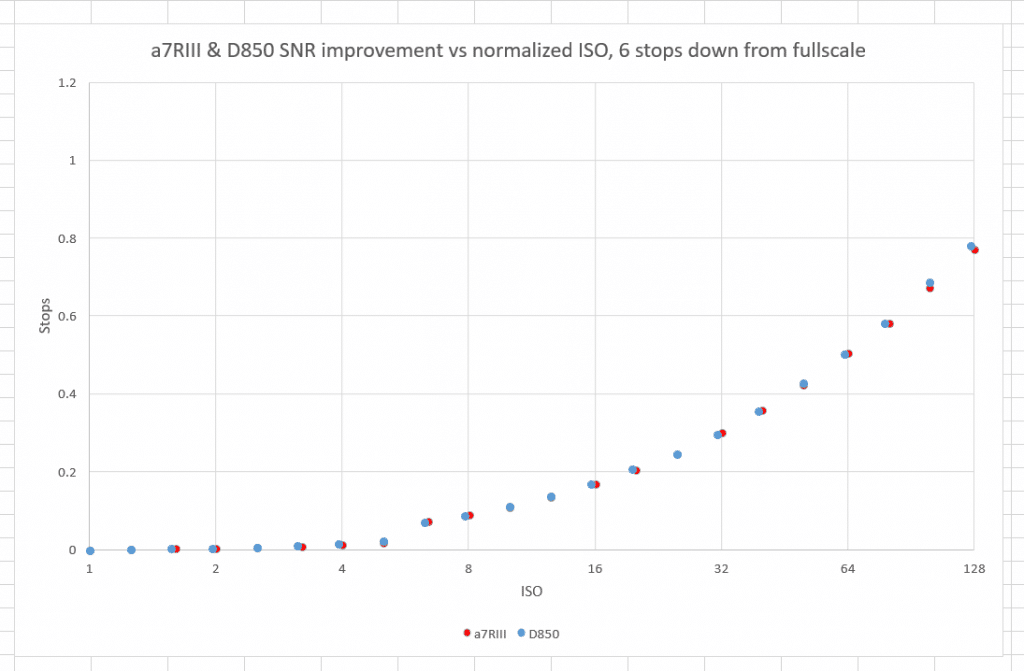 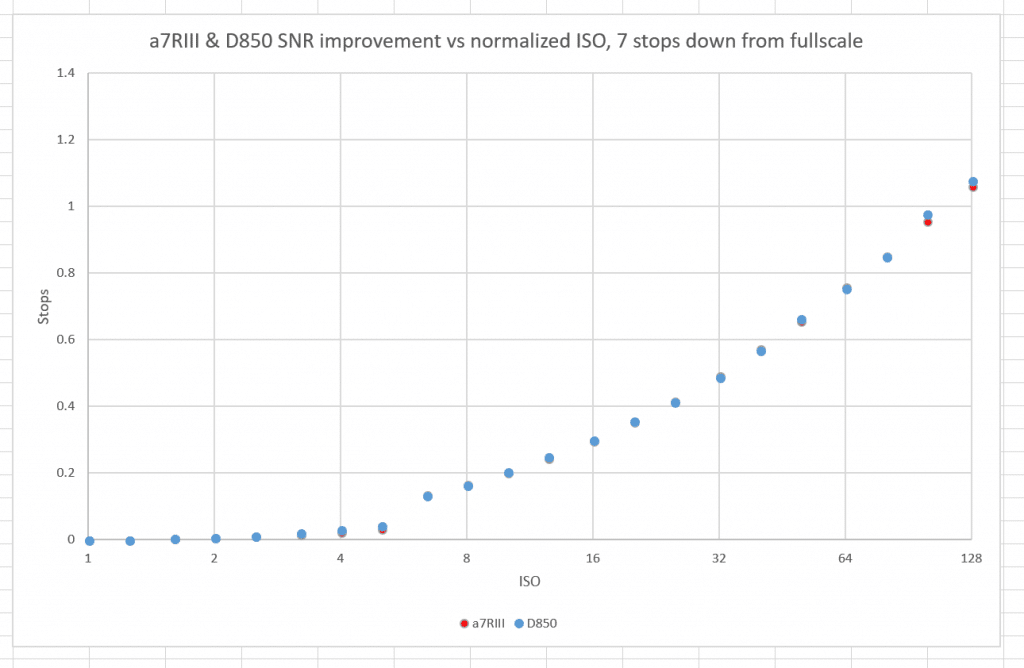 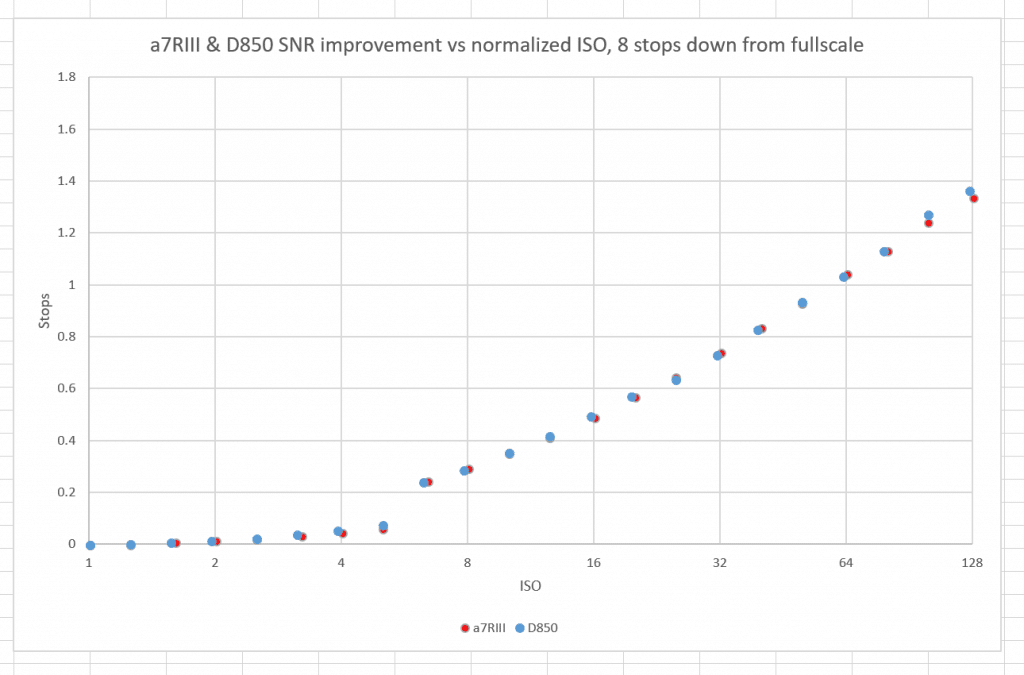 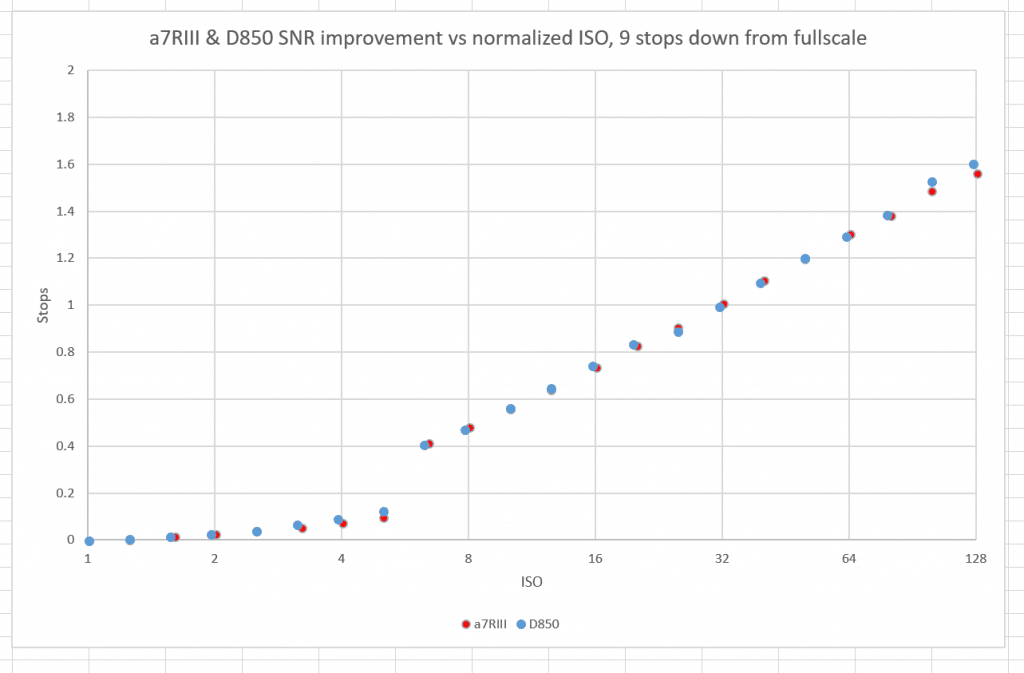 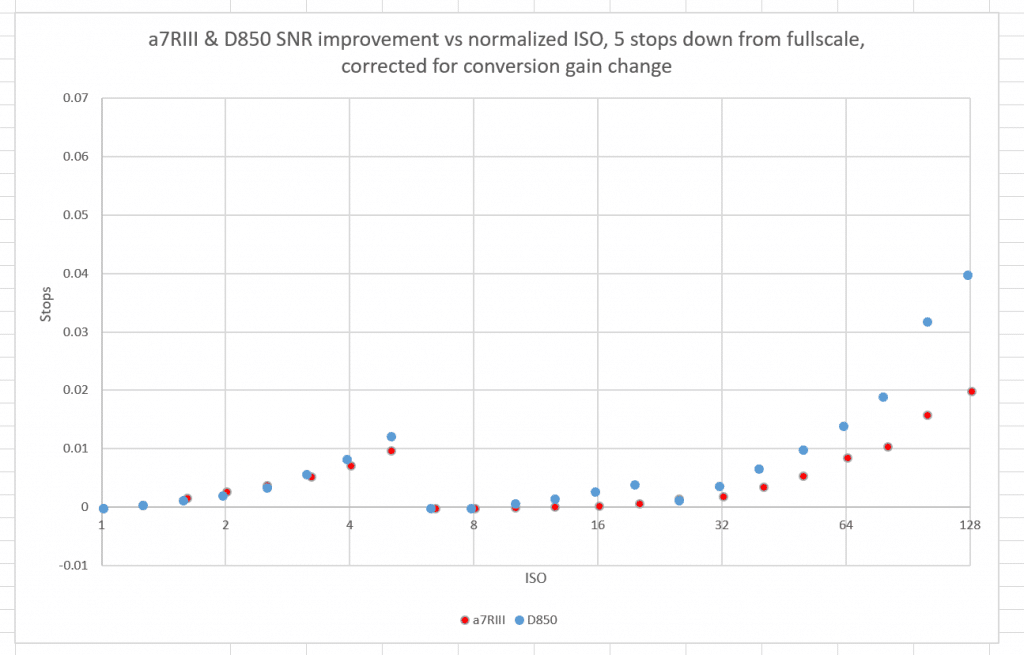 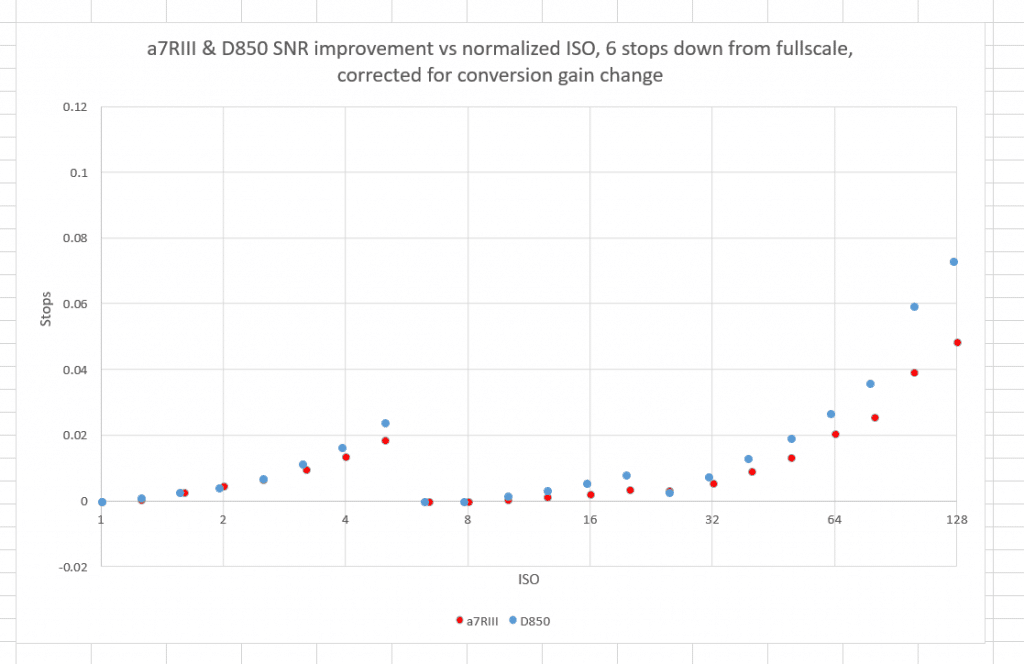 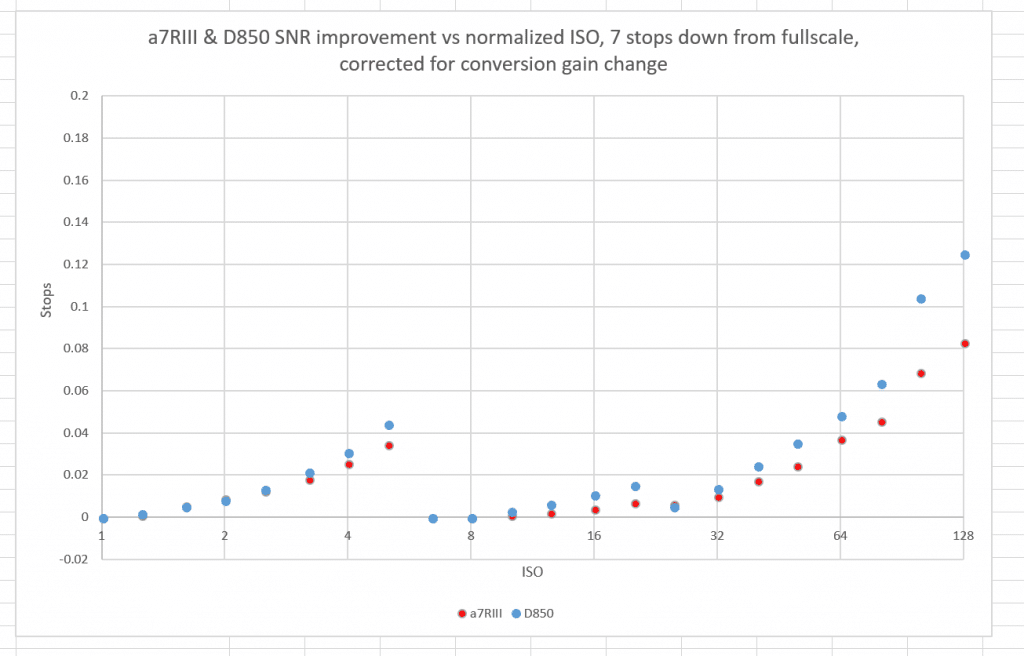 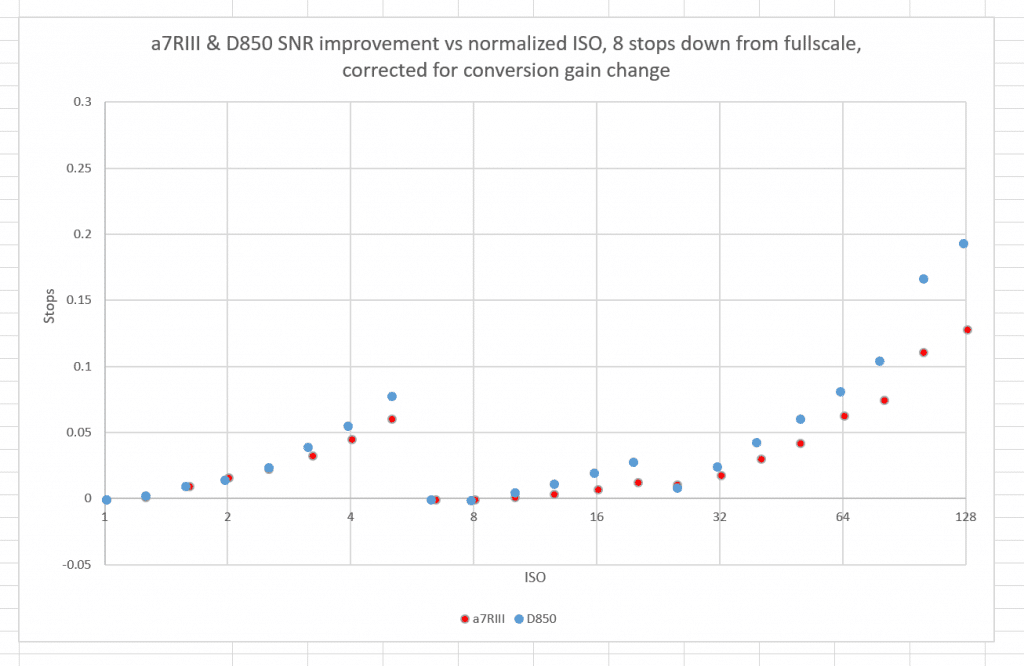 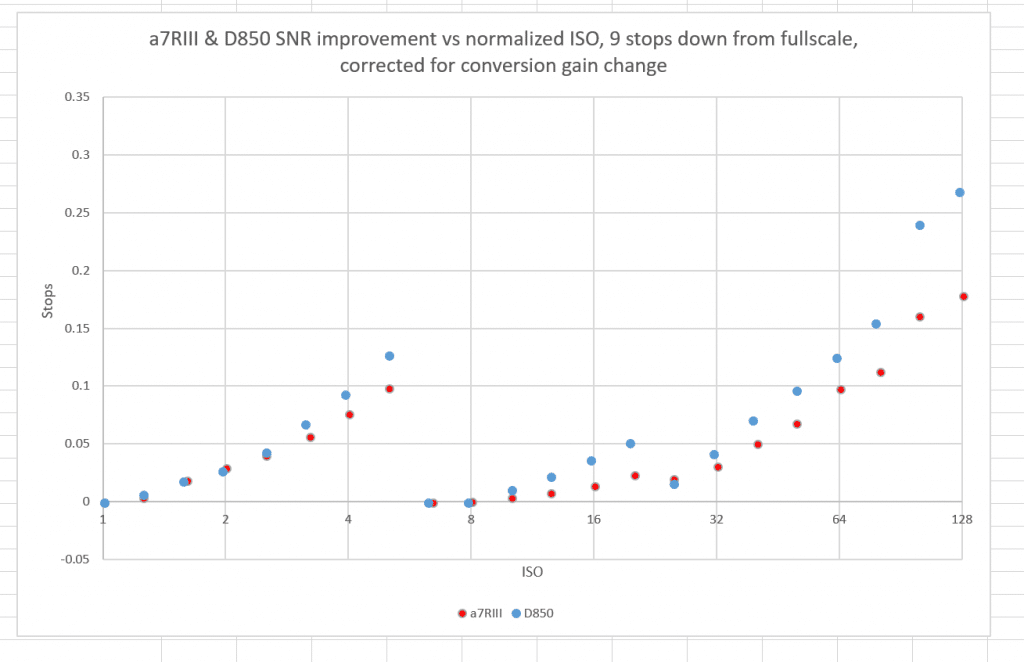 Now you can see that the a7RIII is just a hair more ISOless than the D850, but not to the degree that would warrant a different exposure strategy.

The numbers show the same thing as our visual tests. Once we’ve accounted for the different base ISOs, these two cameras are similarly ISO-insensitive, and where the behavior departs from ISOless, it does so in the same way.