Today, I was surprised to read the following:

The Sony A7RIV drops the bit depth to 12 bits for electronic shutter (“silent shutter”) past a certain time threshold. [EFCS] should be turned on for such exposures.

If true, this was certainly news to me, but I hadn’t done a full shutter speed series on the a7RIV using the electronic shutter. I ran a dark-field test with no lens installed, at ISO 1000, with the file format set to uncompressed. 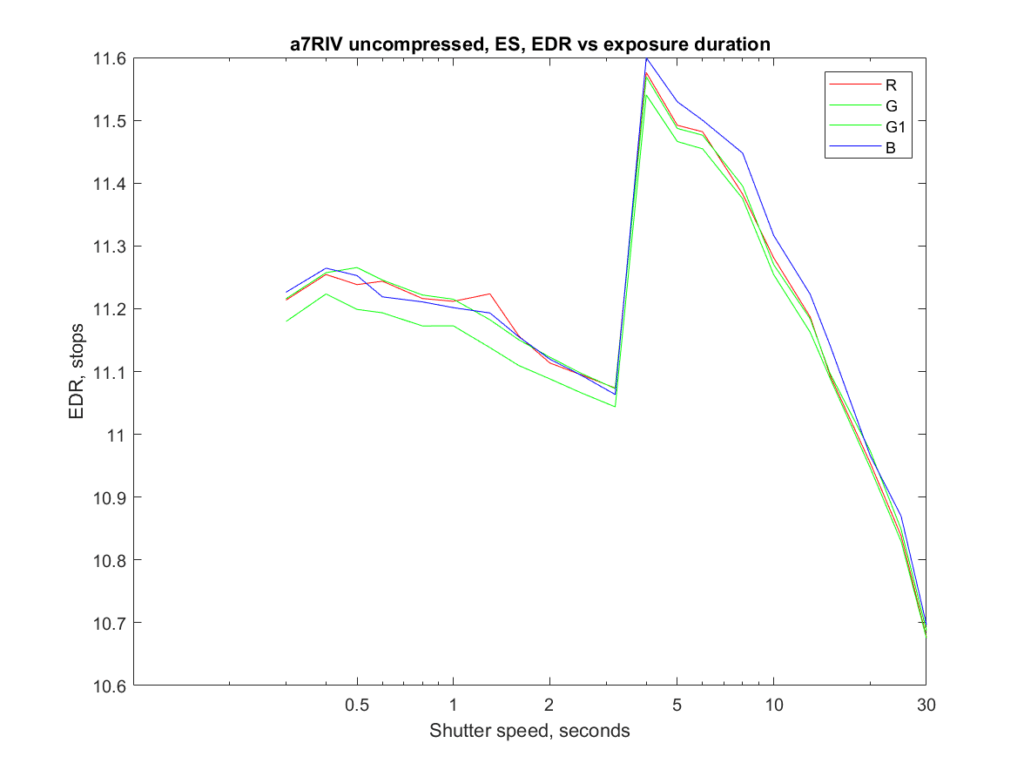 That looks like the EFCS EDR curve set to me. Roughly the same values. Same jump where the “star-eater” algorithm kicks in.

I looked at the histogram of a 30-second exposure: 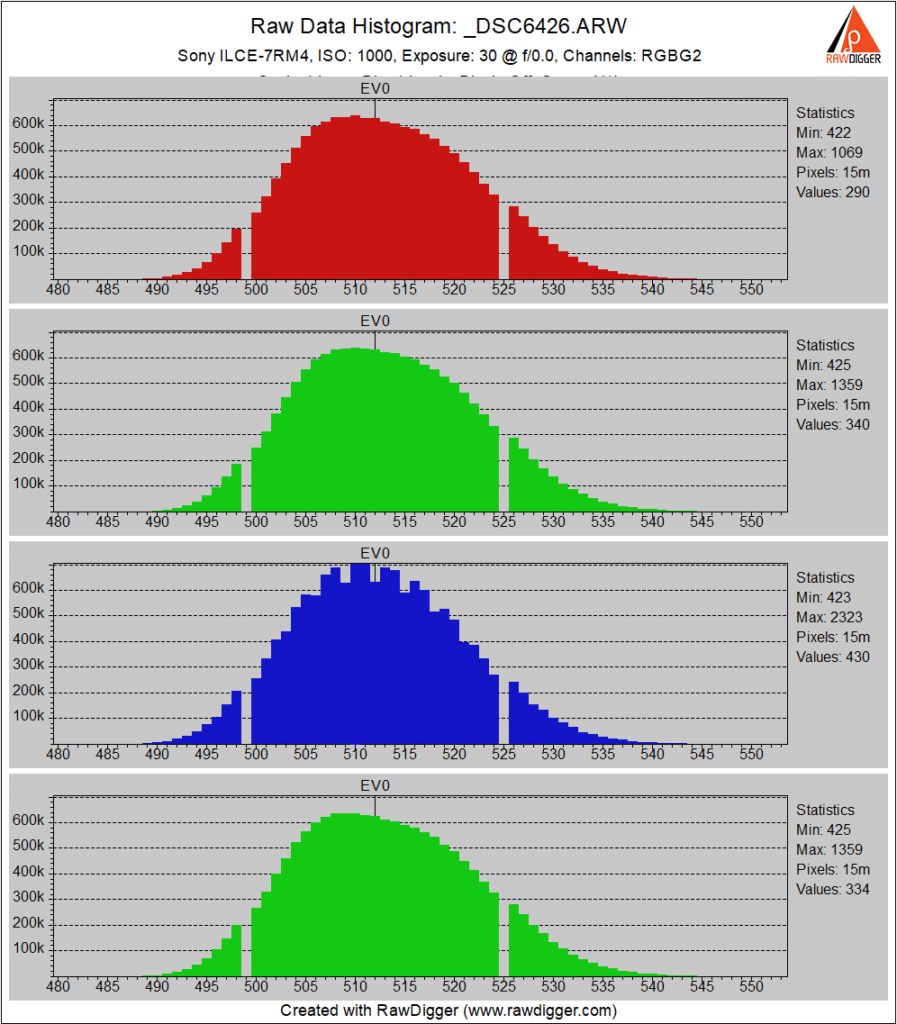 All 14 bits are present and accounted for.

I looked at a 30-second dar-field exposure with the file format set to compressed, and the camera in single-shot mode: 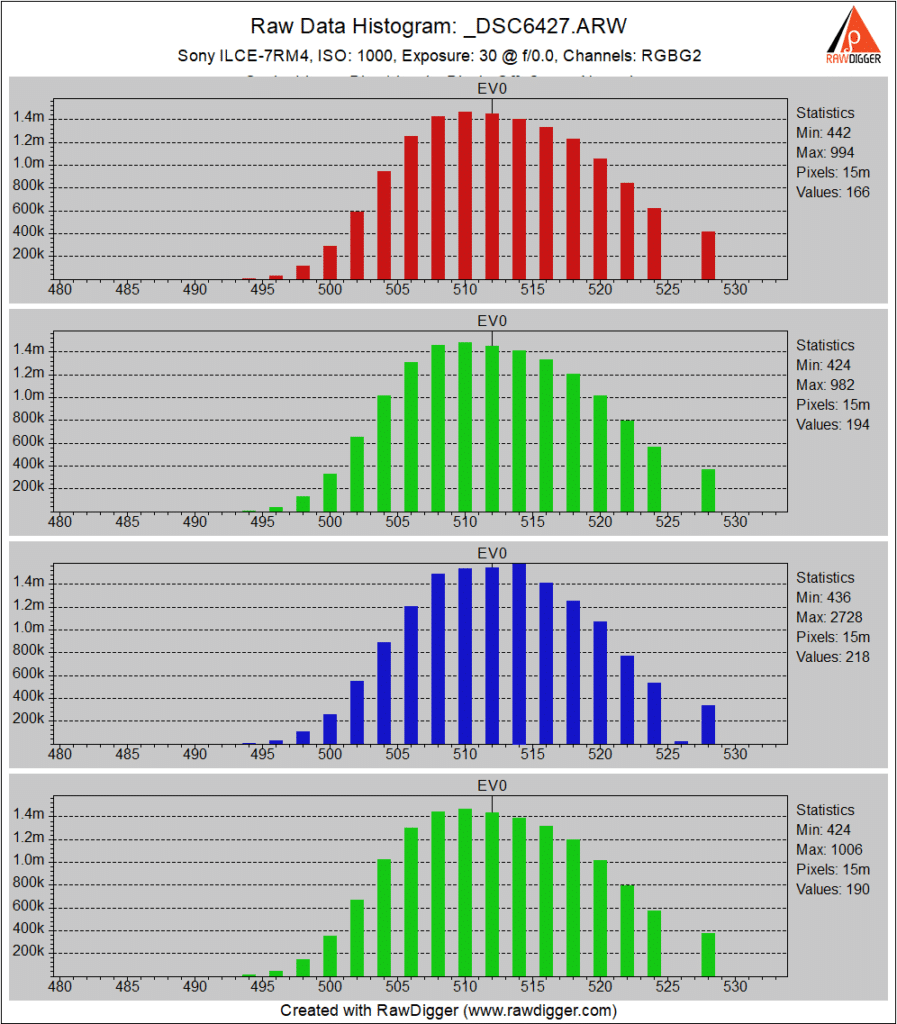 Looks like this was a false alarm. Maybe the photographer had the camera in continuous mode and the file format set to compressed.

If LENR compression is switched on, precision drops to 12 bits: 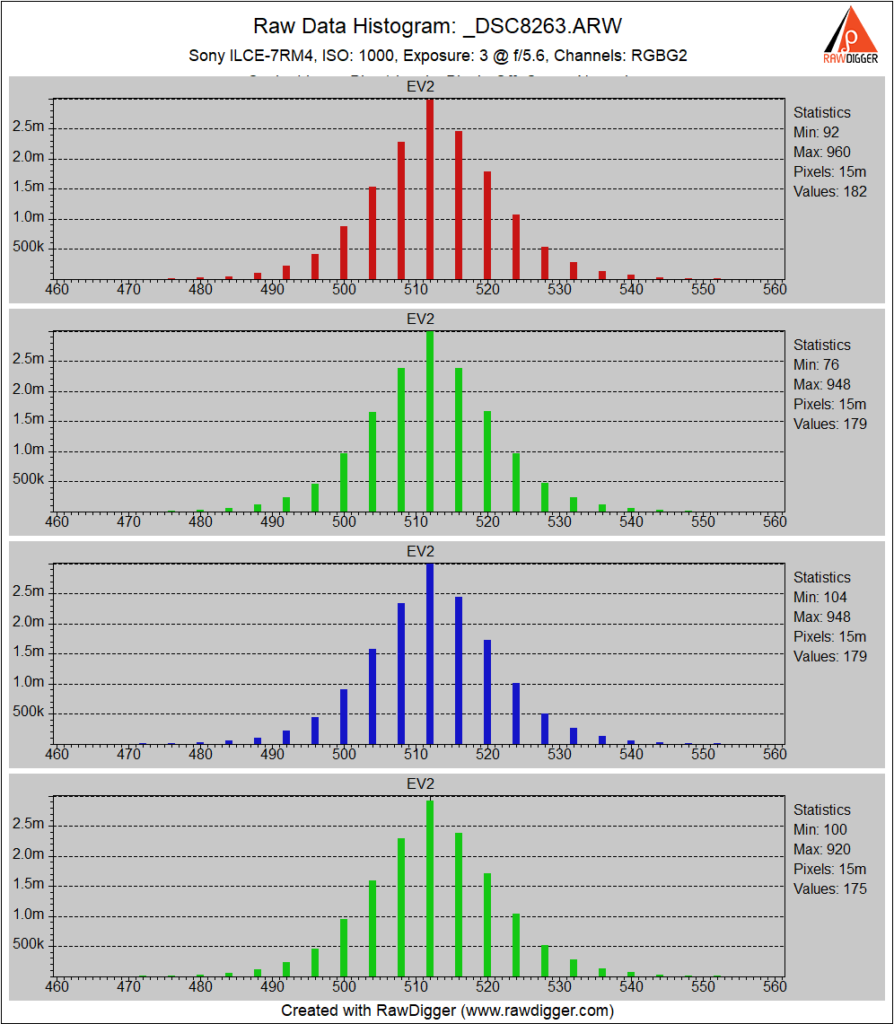 Above, compressed, LENR on.

Above, compressed, LENR off. Note that, with a 2.5 second exposure, LENR makes the noise worse, not better.