Note: there is little in this post that wasn’t in yesterday’s. I’m just including it for completeness.

Yesterday I plotted some dark-field spectra for the Sony a7RIV. They were from 600×600 pixel crops. Now I’ll show you some spectra from the entire frame.

There is some strangeness at ISO 50: 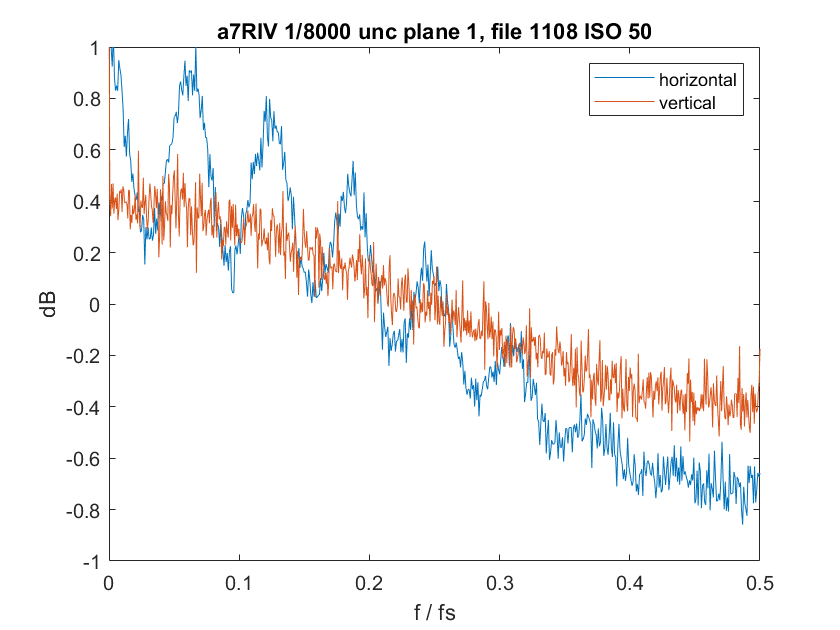 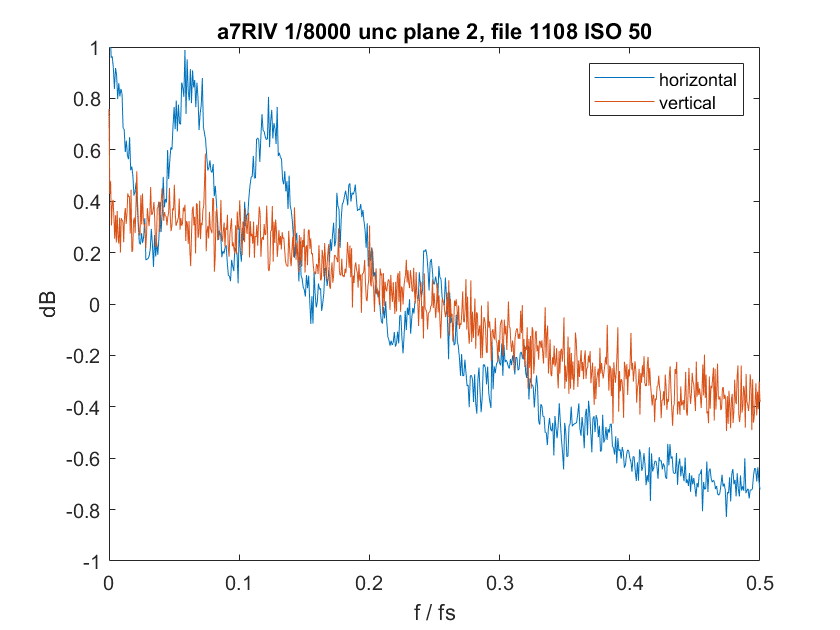 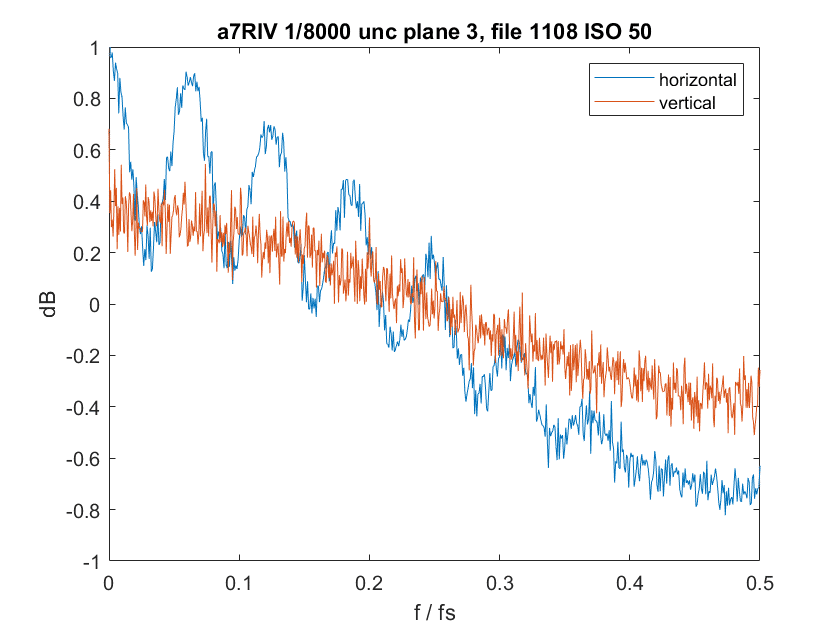 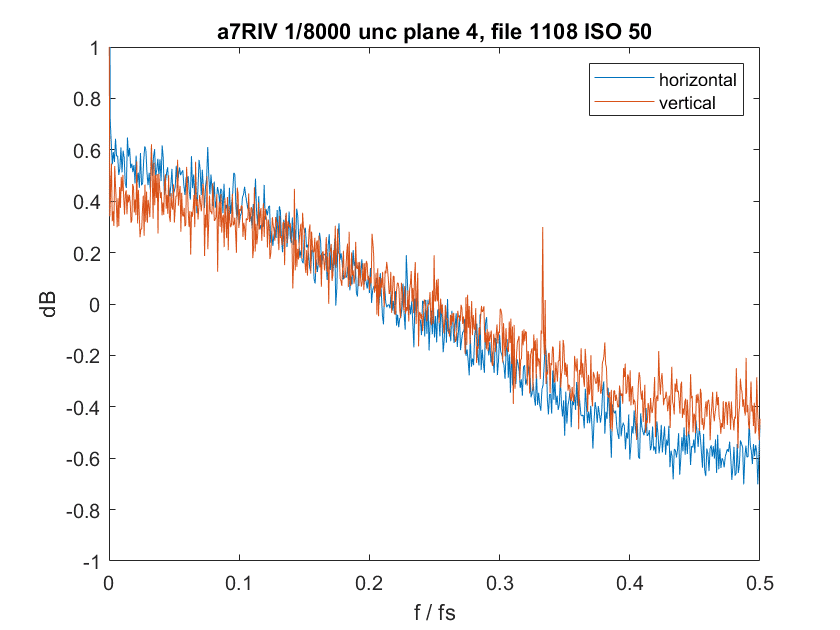 The horizontal axis is the frequency, with 0.5 being the Nyquist frequency for the sensor. The vertical axis is the frequency response in decibels. Plane 1 is the raw red plane, Plane 2 is the first green plane, plane 3 is the second green plane, anad plane 4 is the blue plane. I have no idea what’s causing those undulations in the first three planes. It’s obvious that there is about 1 dB worth of low pass filtering in all the planes. The spike at 1/3 the sampling frequency in the horizontal direction for  the blue plane might indicate something about the PDAF pixel spacing. That would be every sixth pixel in the entire raw file.

The undulations go away at ISO 100, but we see the same kind of spectra otherwise: 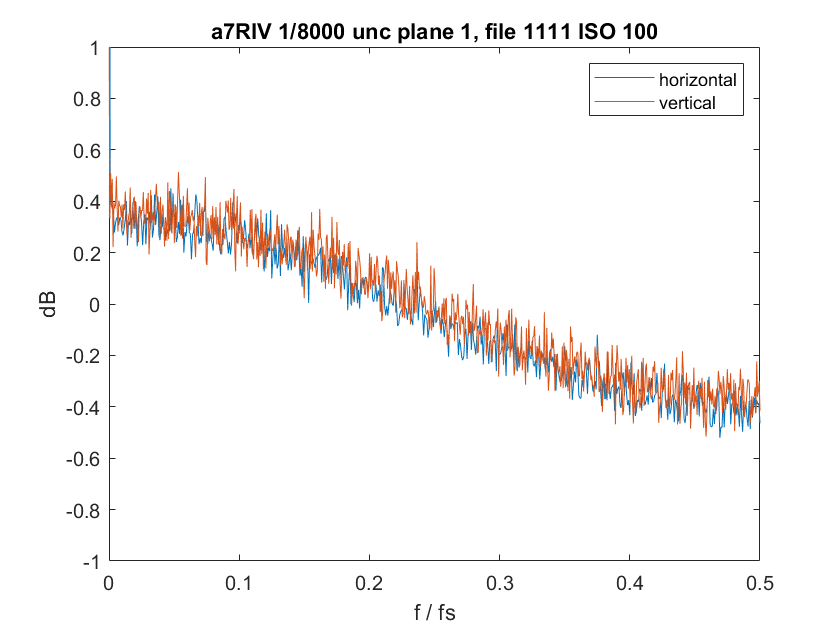 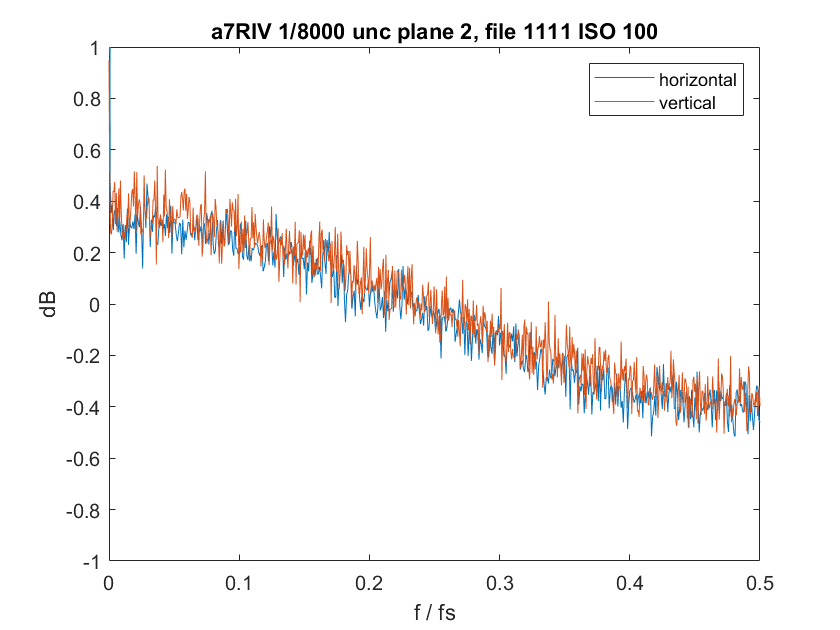 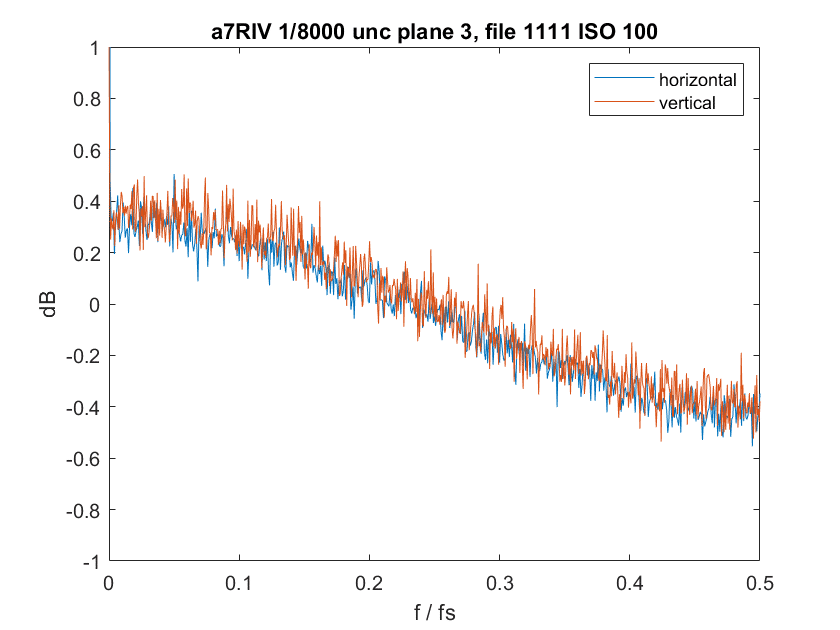 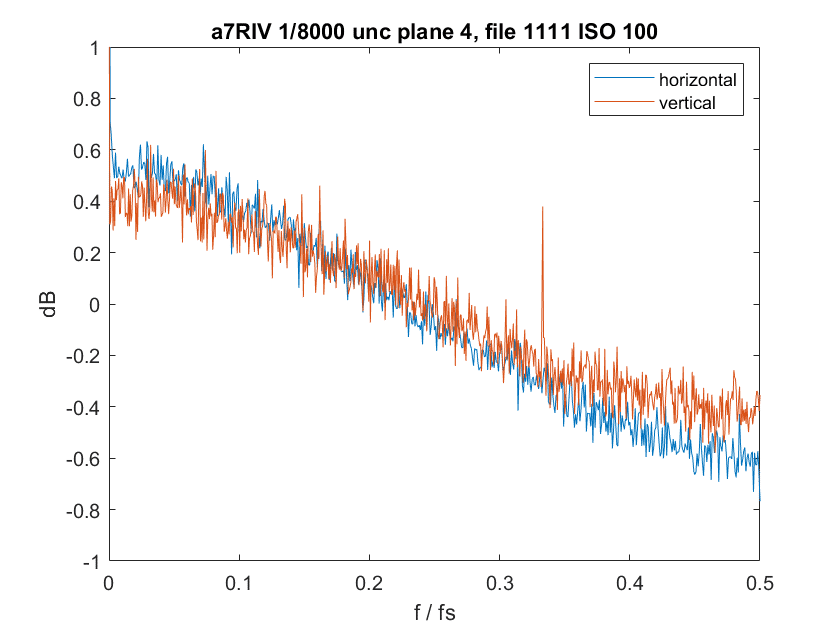 The undulations reappear at ISO 160: 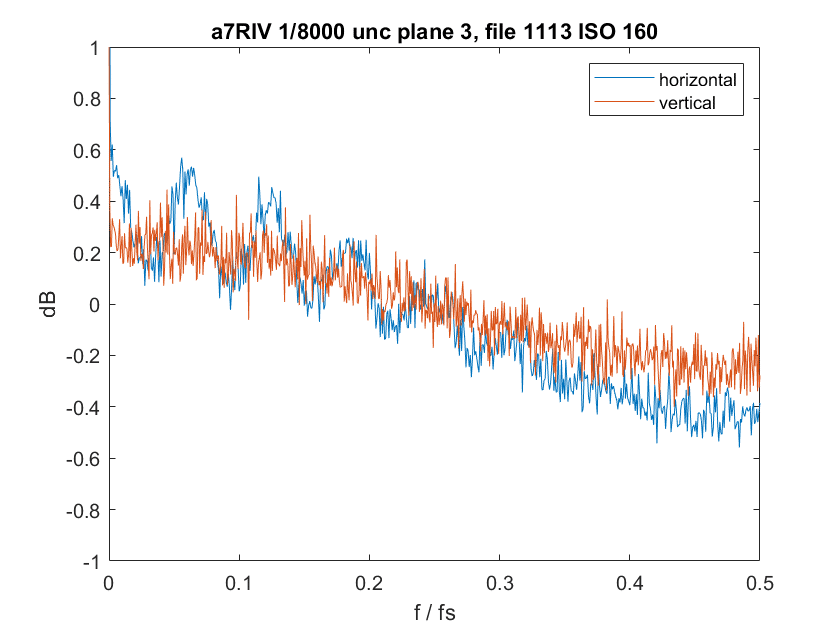 The spike in the blue plane, which had been getting smaller as the ISO went up, is gone by ISO 200: 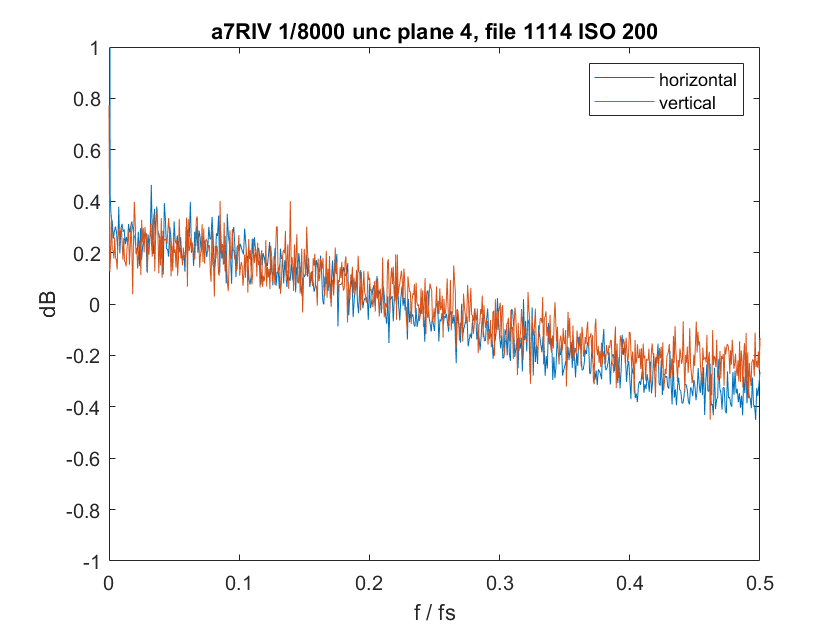 We get undulations again at ISO 400, but only in one plane: 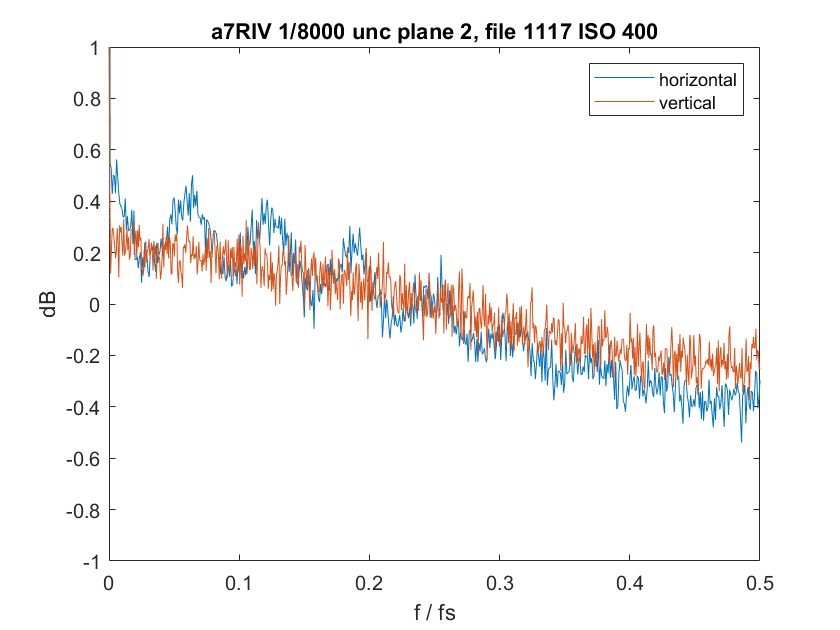 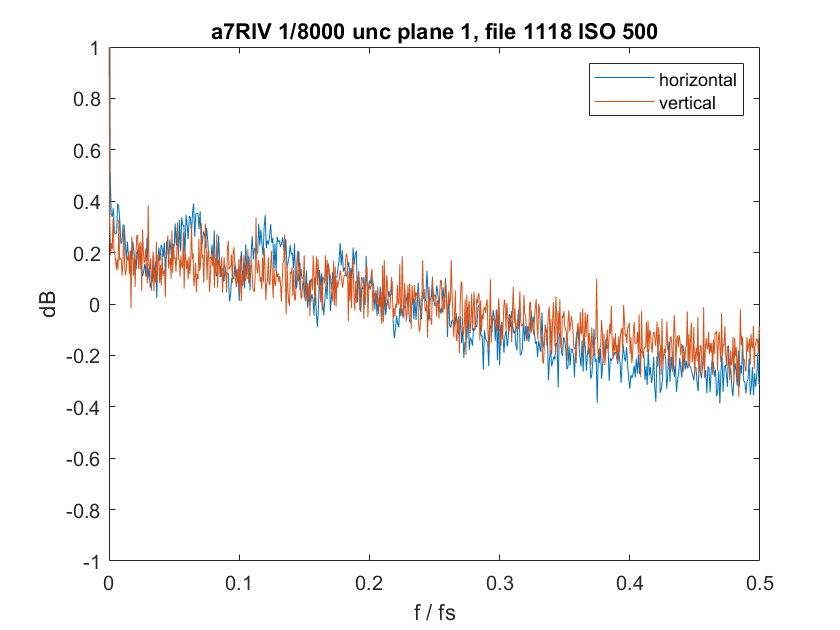 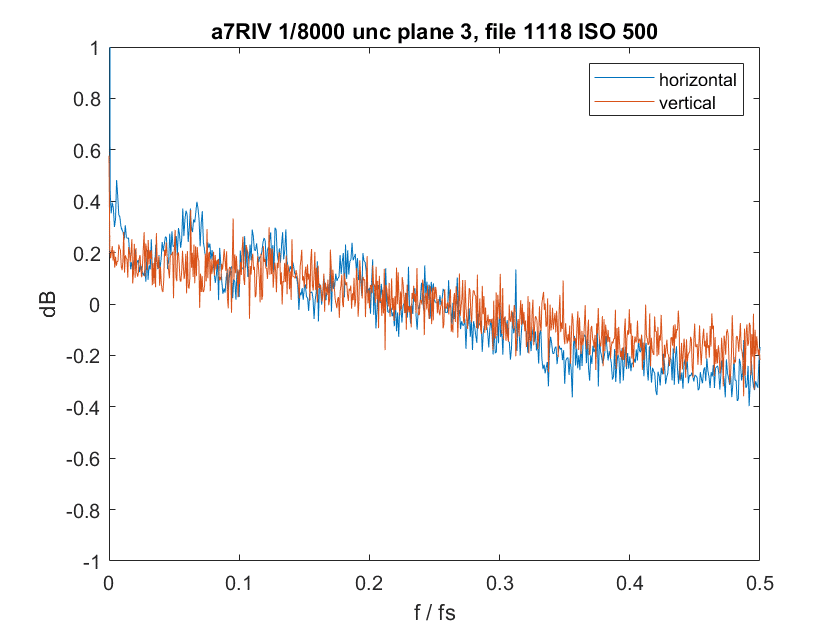 By ISO 1250, the low-pass filtering which has been diminishing with increasing ISO, has all but gone away: 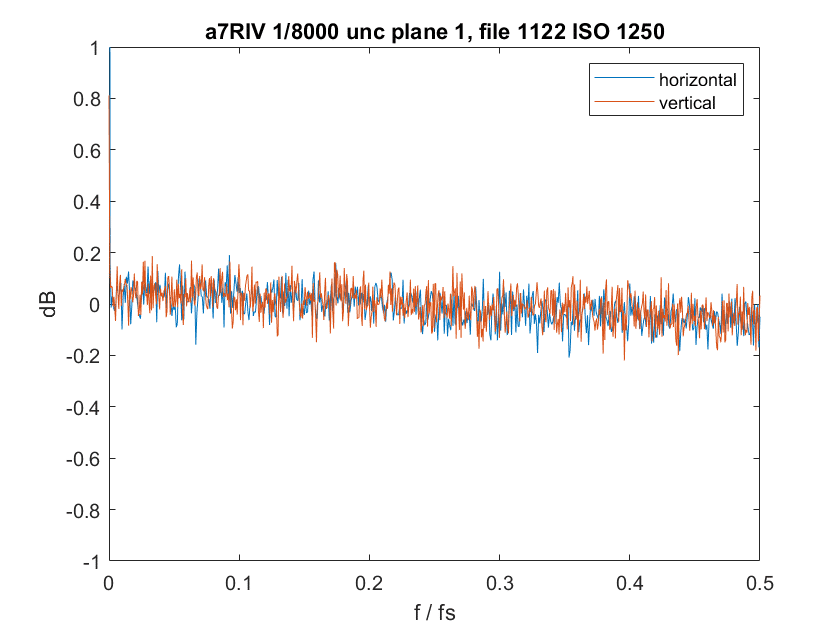 Except in the blue plane, but it’s much lower even there: 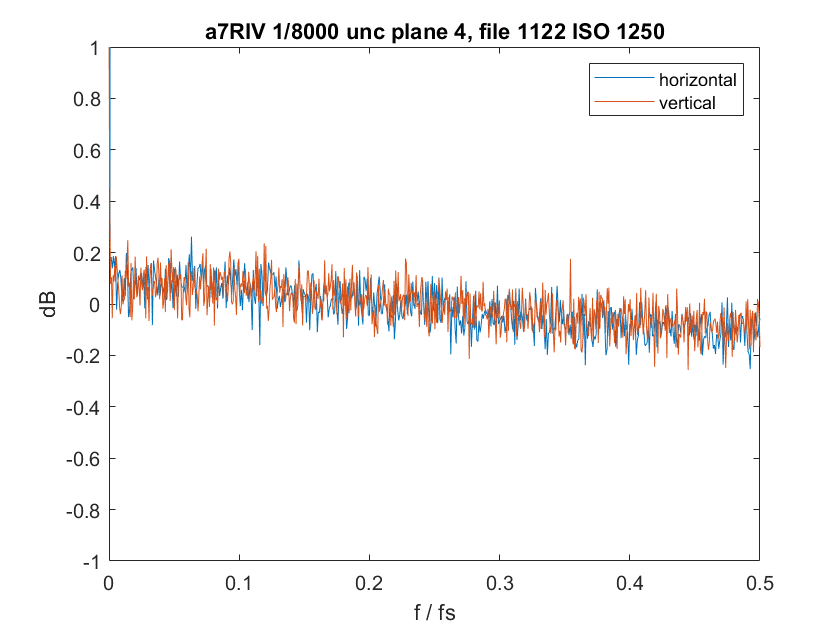 By ISO 4000, the difference in the frequency response of the blue plane and the others has started to grow again: 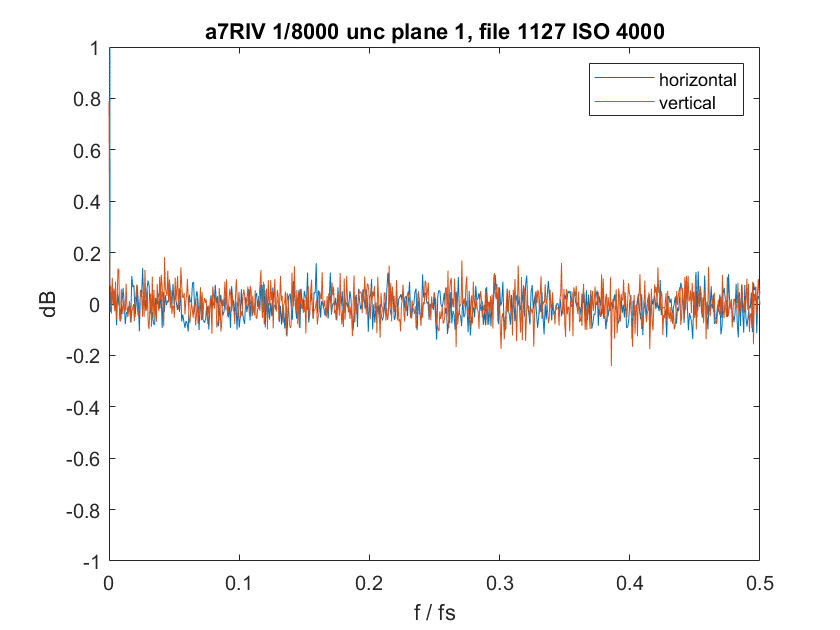 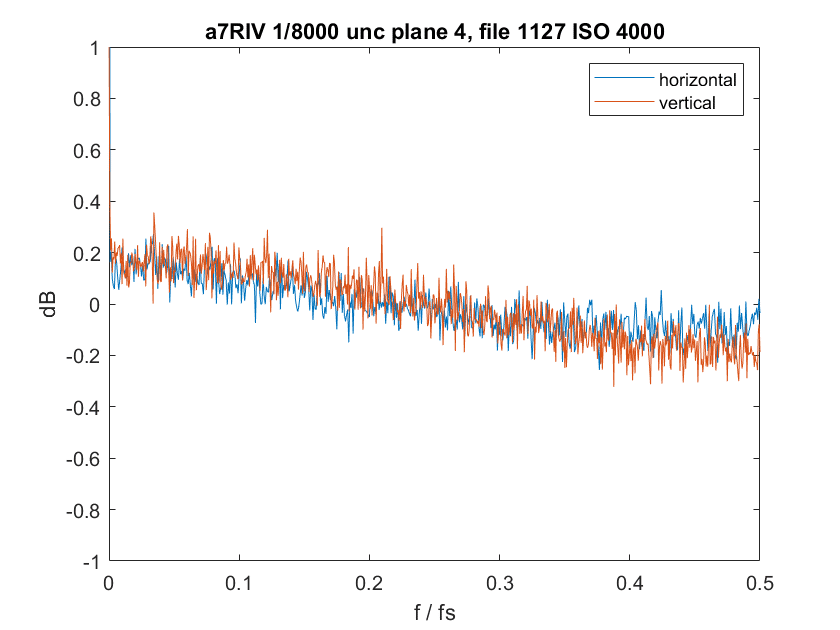 By ISO 12800, the last ISO without an extra dollop of low-pass filtering in all channels the difference is striking: 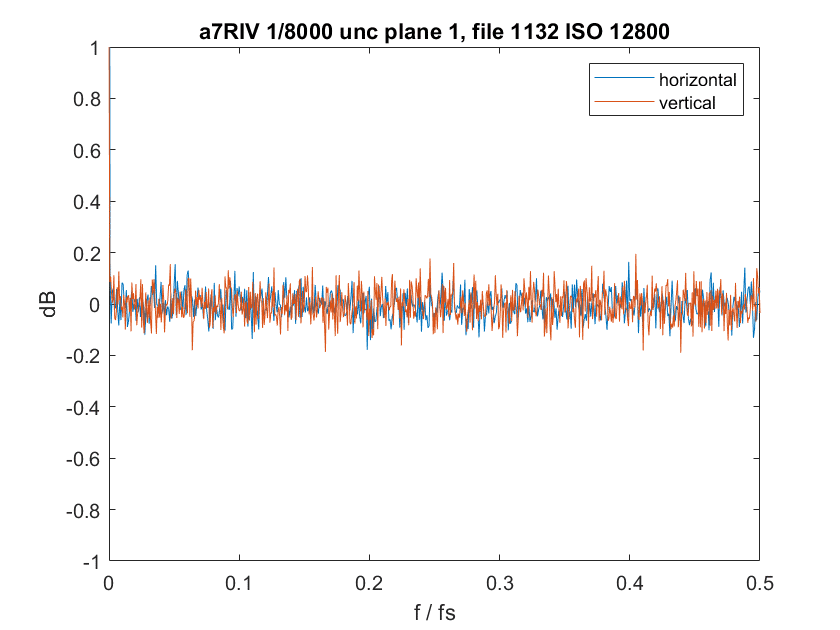 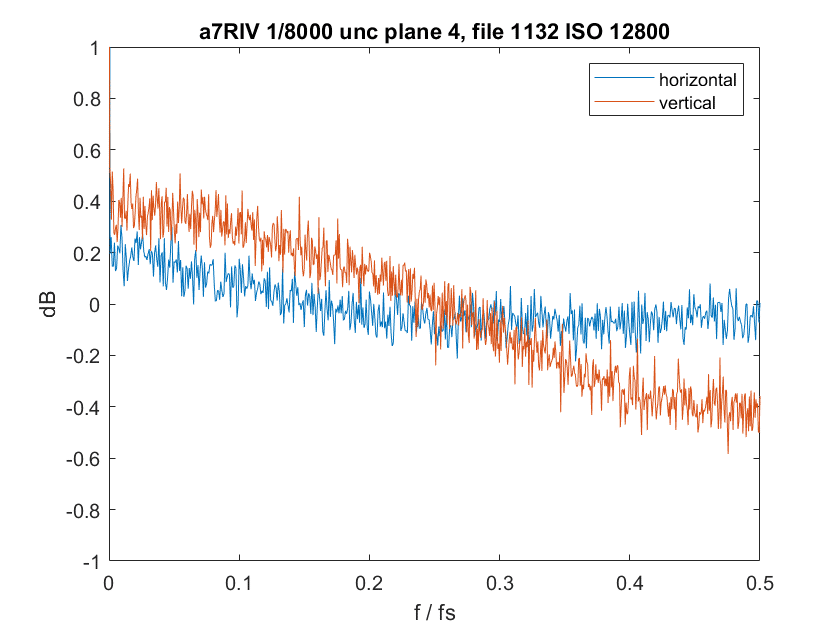 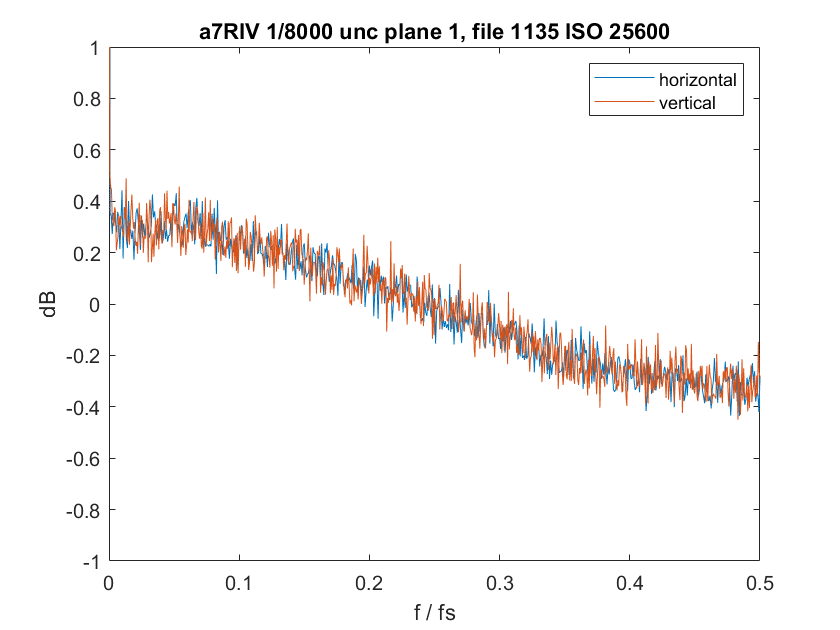 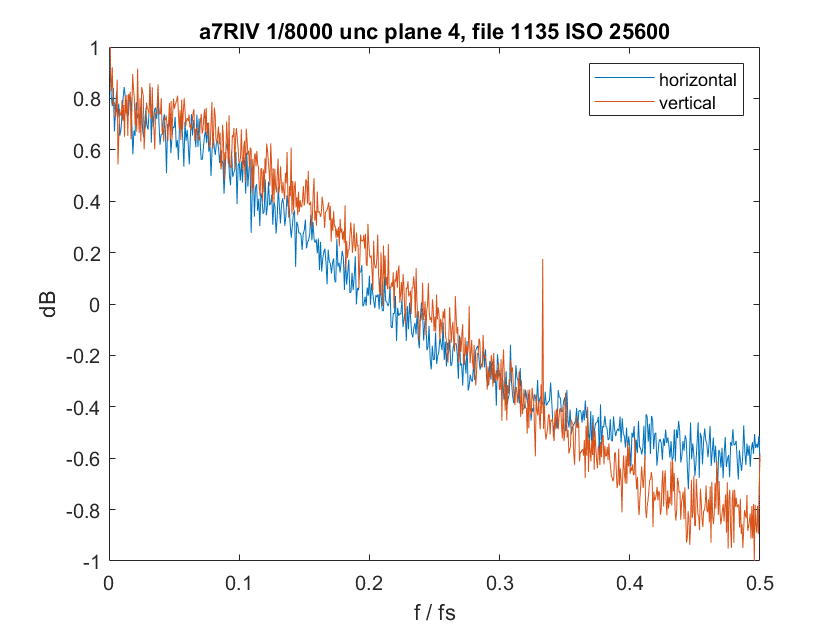 There’s a lot of processing going on here.