I don’t have my a7RIV yet, but I received a set of uncompressed dark frames today from the camera. The were made at 1/8000 second shutter speed, and I think, but do not know, that they were made with no lens attached (the metadata says: E-Mount, T-Mount, Other Lens or no lens so that’s probably a safe bet), so that Sony’s lens corrections won’t mess up the files. I will digress for one sentence: Sony, please, pretty please, stop futzing around with the raw values in your files; instead, put the recipe for what you want done in the metadata fields.

Here’s the Engineering Dynamic Range (EDR) — which I’m defining as full scale over read noise (and yeah, I know that’s not the high road, but it sure improves my ability to measure it accurately. 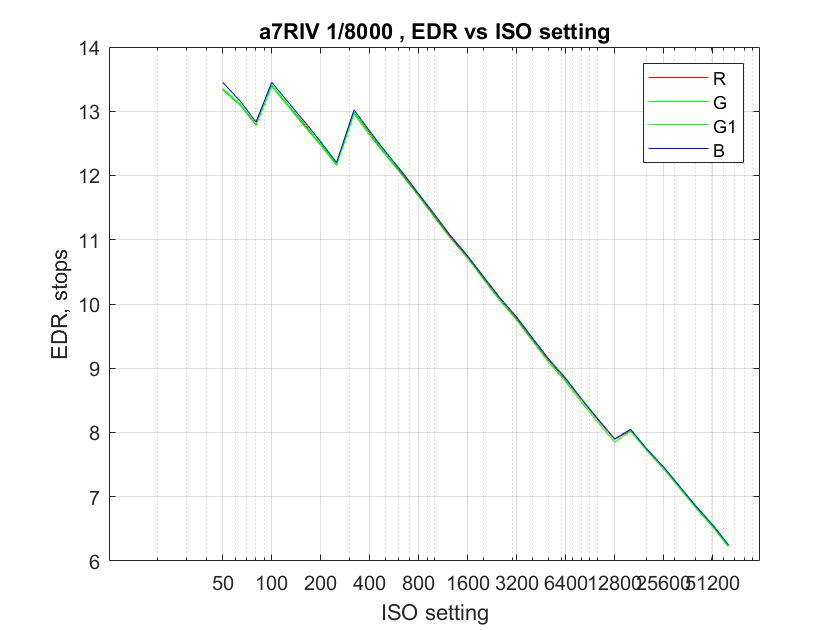 The ISOs from 50 through 80 are the usual Sony shuck and are achieved by setting the ISO onoe full stop higher than the one dialed in, adding one stop of positive exposure compensations, brightening up the JPEG preview image, and adding metadata to tel the raw developer to do the same. Now that it’s clear that Sony hasn’t changed its low-ISO ways, let’s ignore those settings: 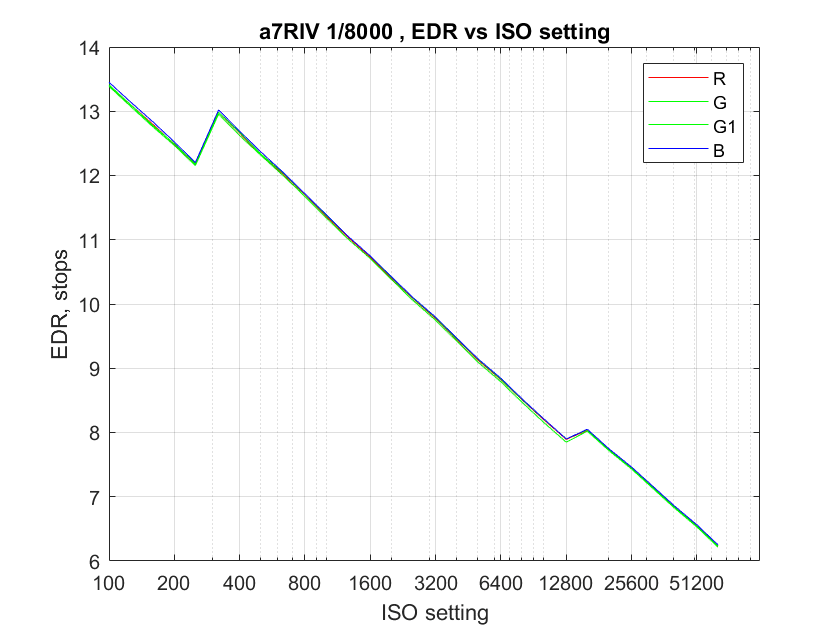 There is a surprise here. The camera switches the conversion gain into its high mode on the transition from ISO 250 to ISO 320. That’s two-thirds of a stop earlier than the GFX 100 and the IQ4 150 MP. Fuji changed that setting in a firmware release. Will Sony do the same? This is firmware 1.00. The improvement in EDR that happens above ISO 12800 is smoke, mirrors, and digital signal processing. The camera starts doing low-pass filtering there. We’ll see that in the frequency plots immediately below. Otherwise, this is precisely what we would expect from looking at the GFX 100 and the Phase One IQ4 150 that also employ the new BSI Sony 3.76 micrometer (um) sensors.

By the way, the Bayer pattern is what we’ve come to expect from Sony: RGGB.

At ISO 50, the read noise spectrum is a little funky: 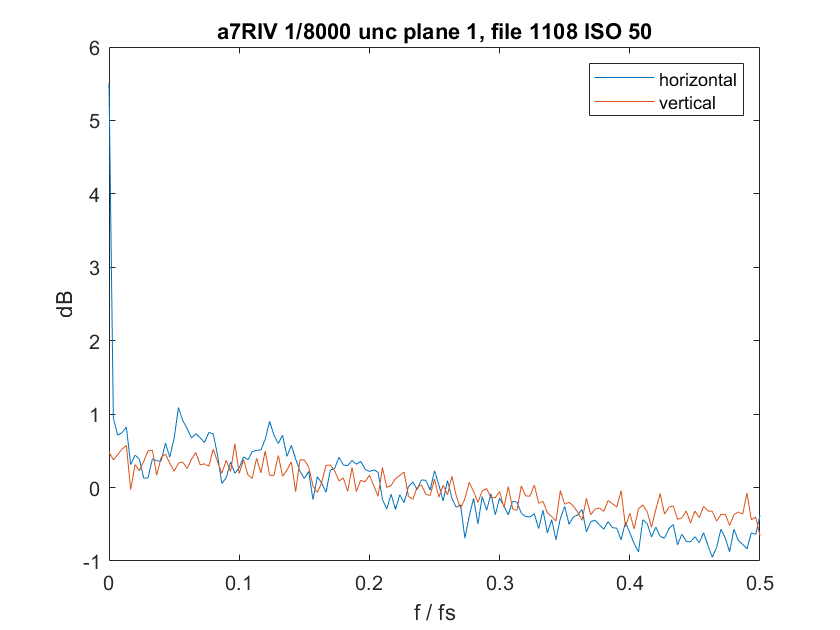 The above is for the R raw plane. I’m not going to spend any more time on that since it’s for an ISO setting that few will use. 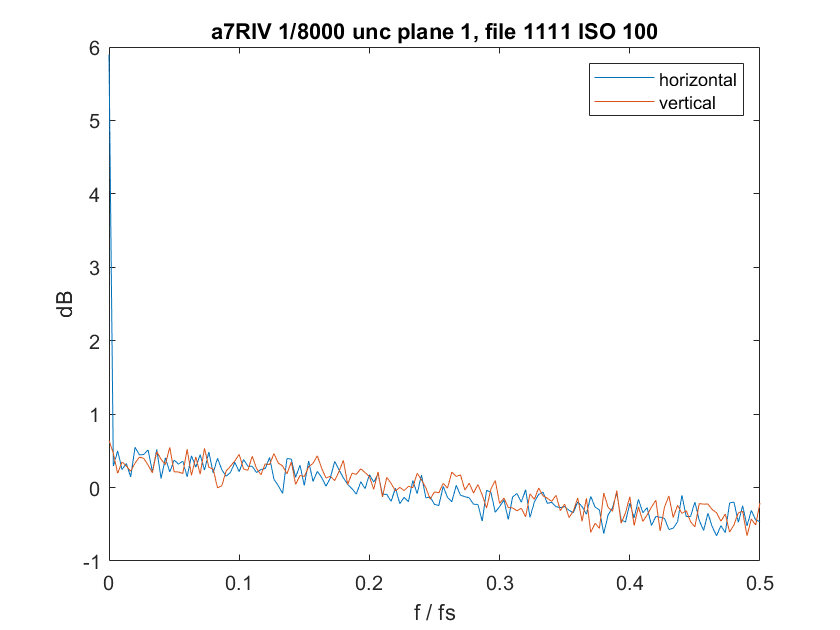 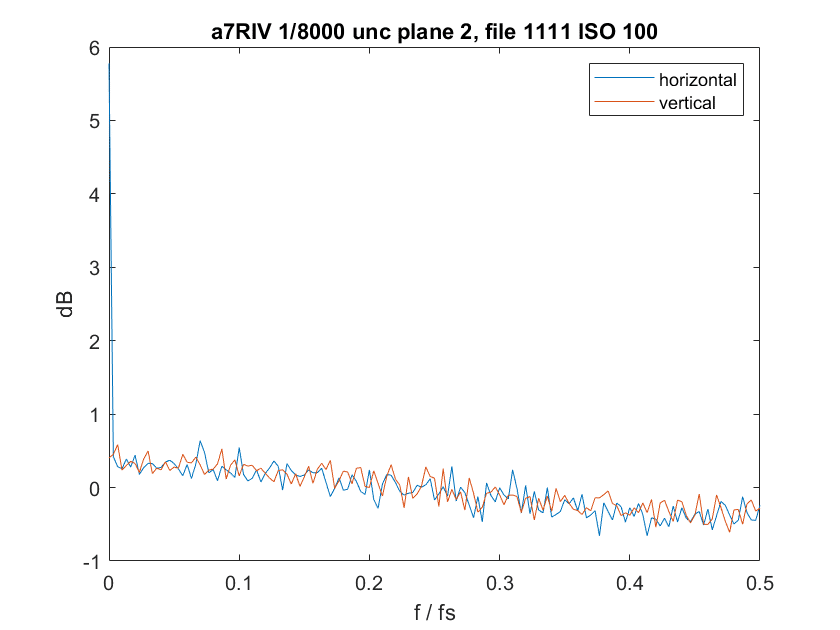 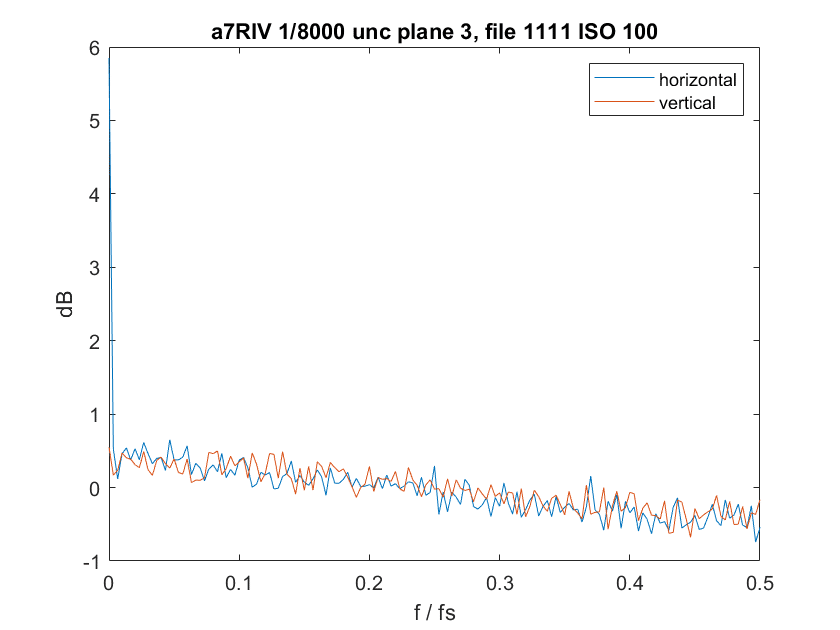 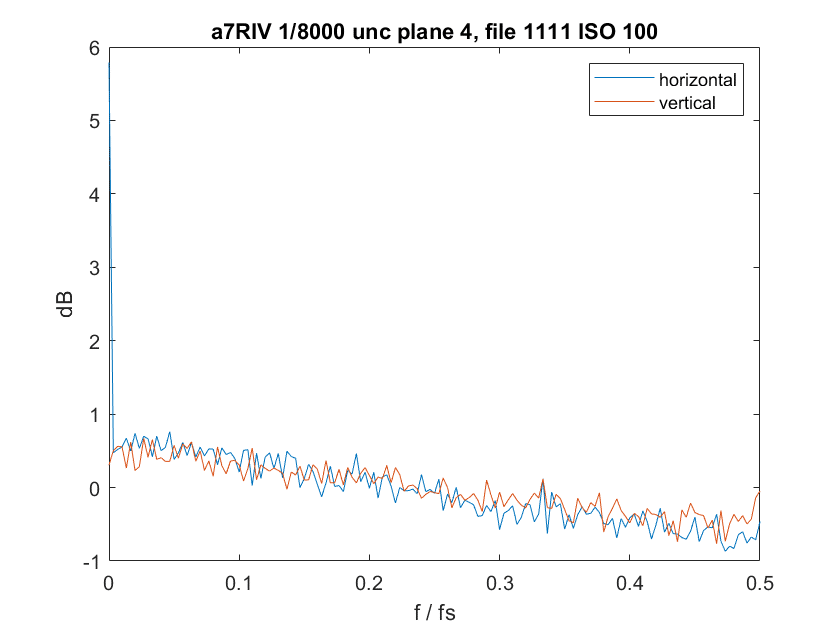 There is mild rolloff of the high frequencies, but there are no periodic signals like we saw with the GFX 100. 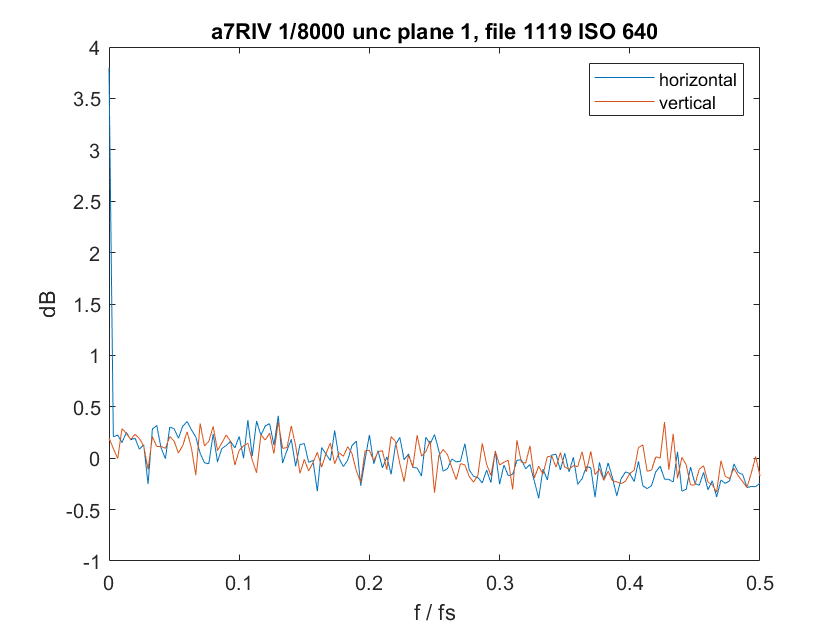 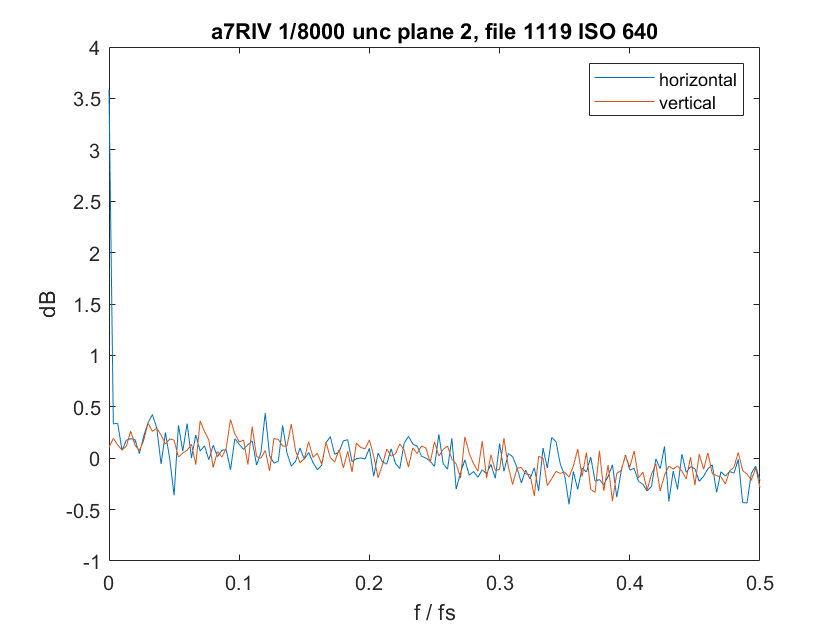 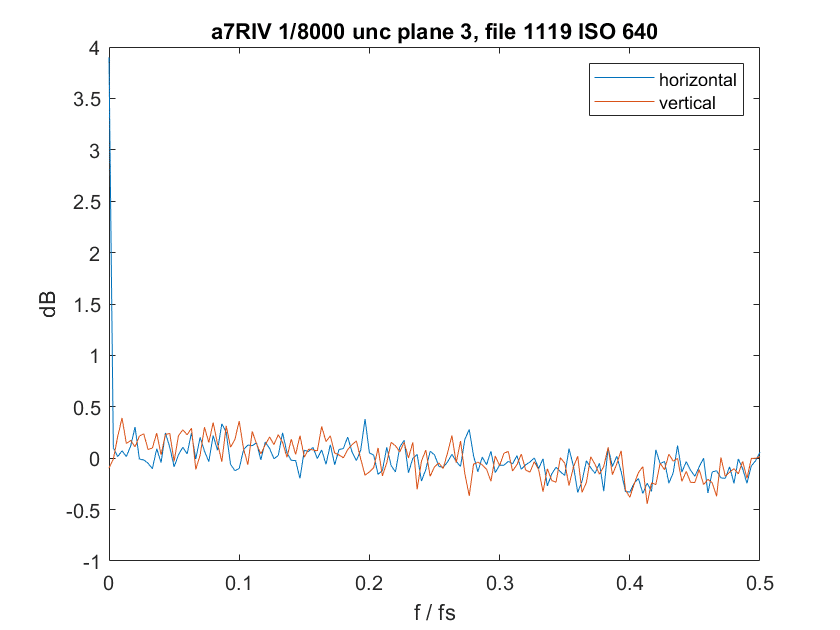 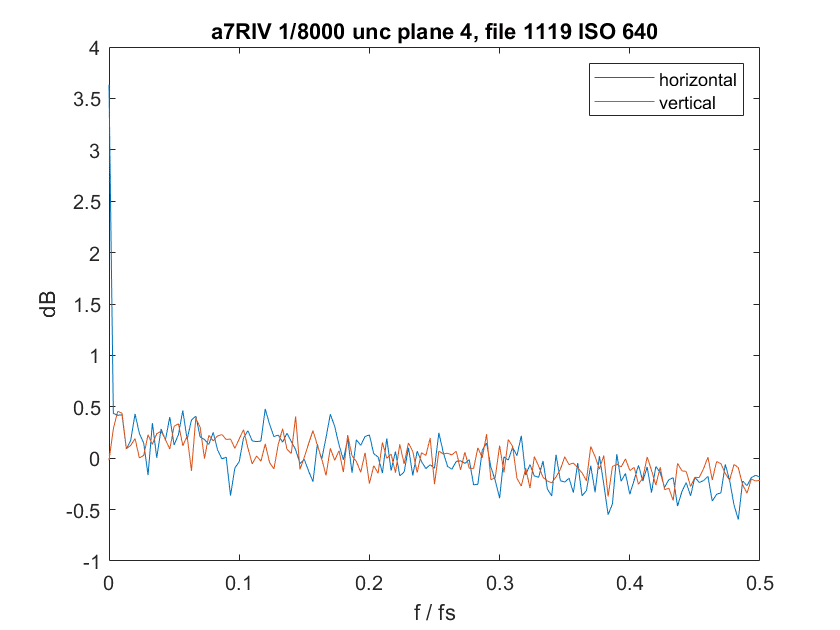 The high-frequency rolloff is getting weaker as we go up in ISO.

I’ll skip to the highest ISO with no obvious digital signal processing in the EDR plot: 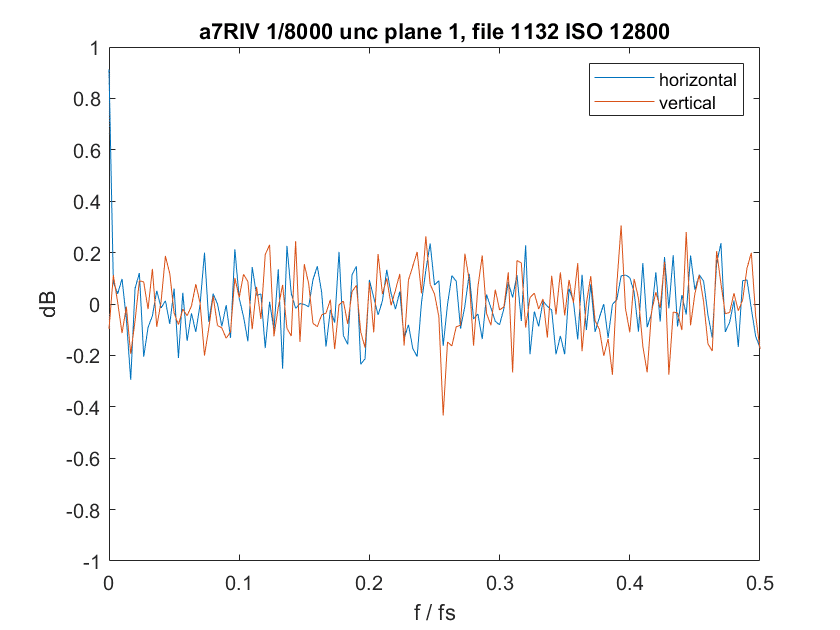 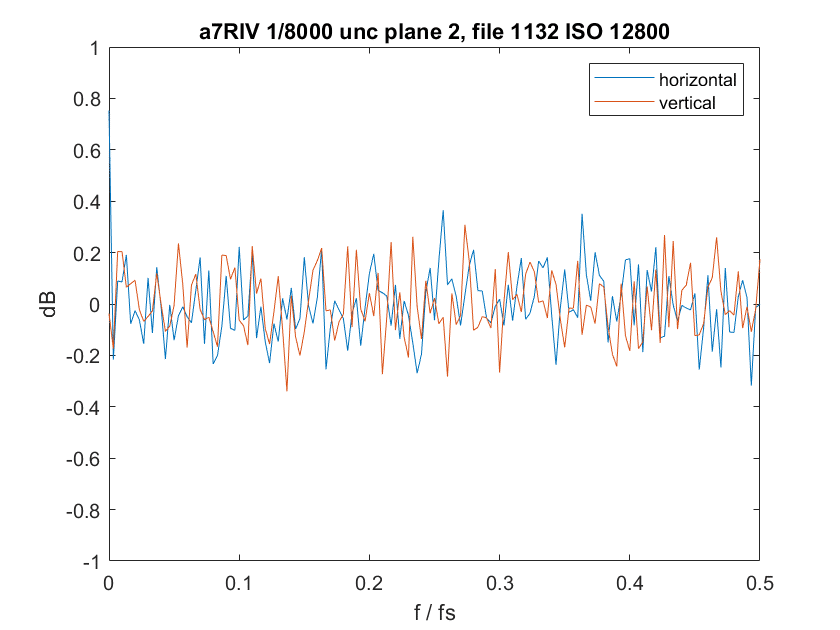 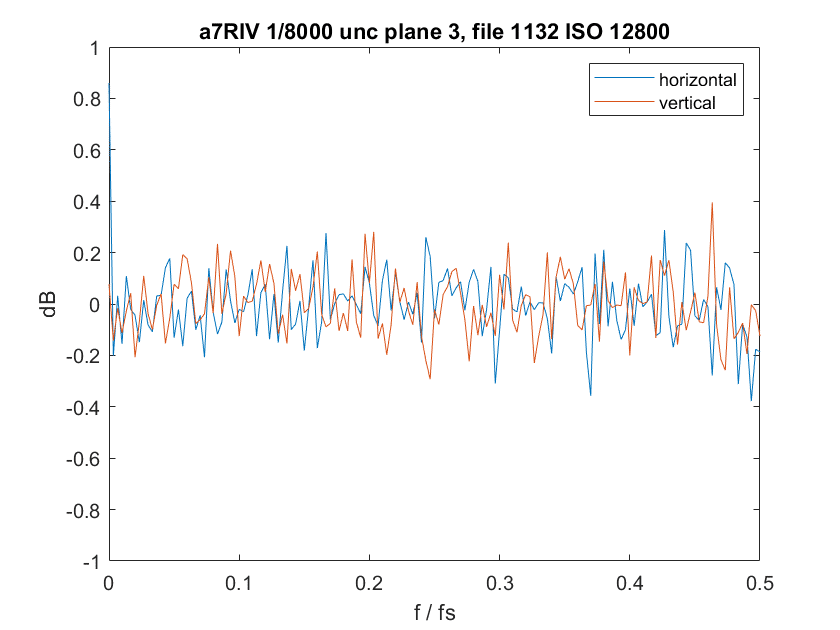 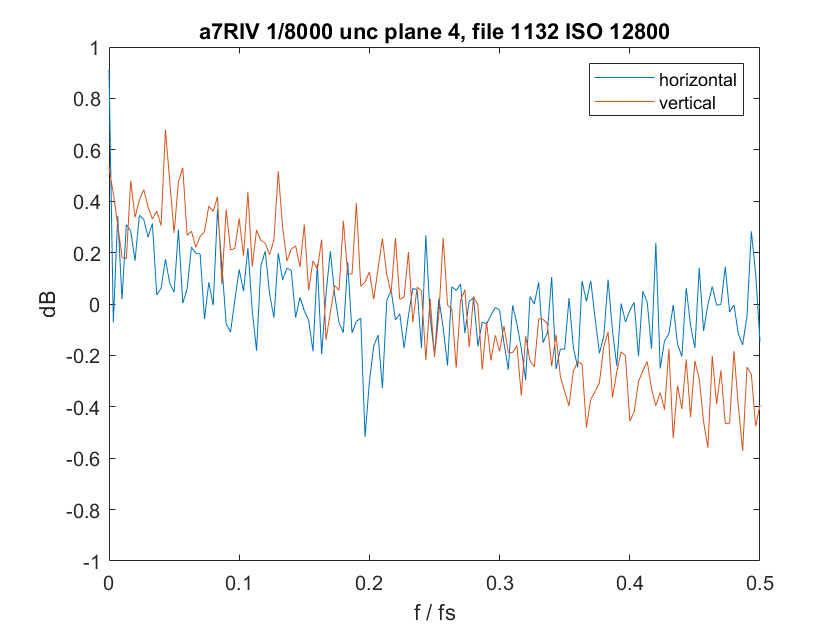 The R, G, and G1 planes are pretty flat, but noisy since there’s a lot of noise at these high ISOs. The blue plane is rolled off. I didn’t show you all the graphs, but as the ISO setting has gone up, this has become more apparent. This looks to me like interpolation over some pixels in the blue plane, probably those used for on sensor phase detect autofocus. 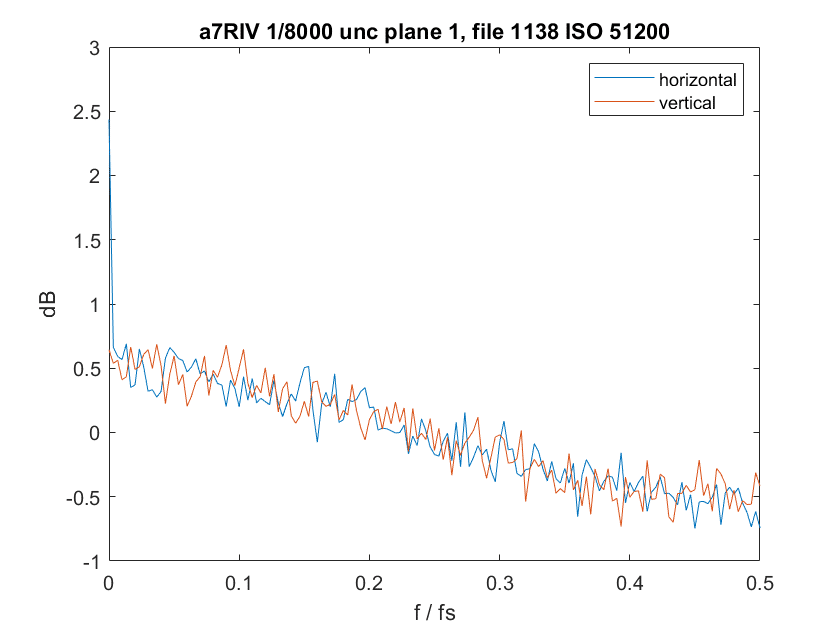 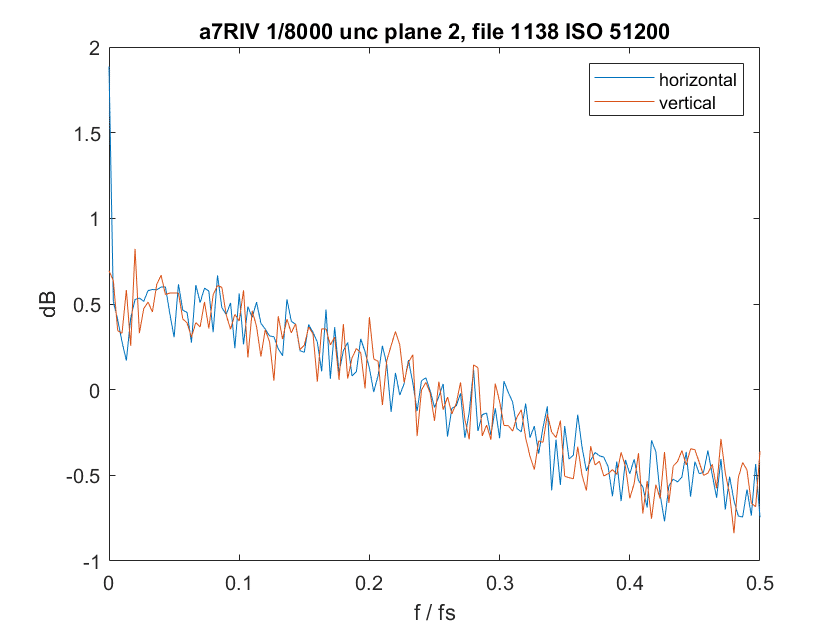 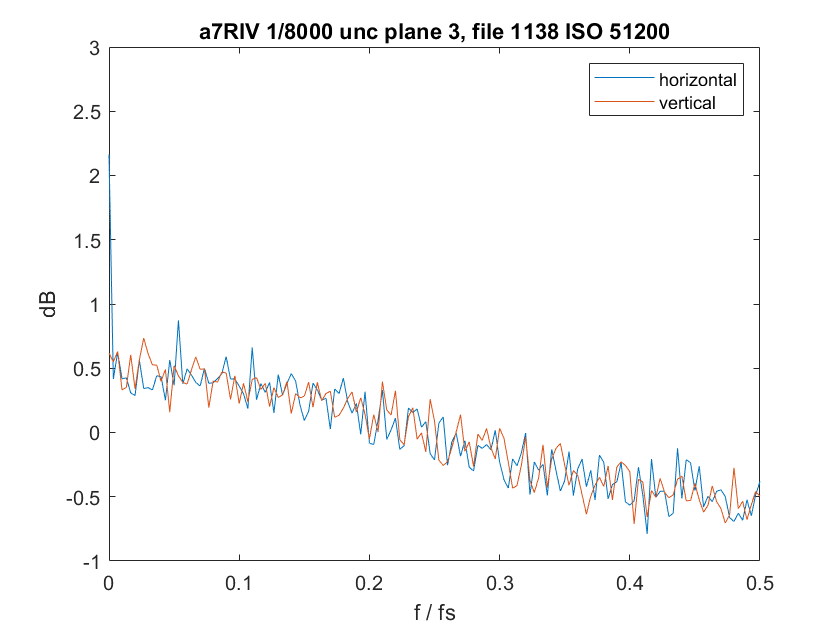 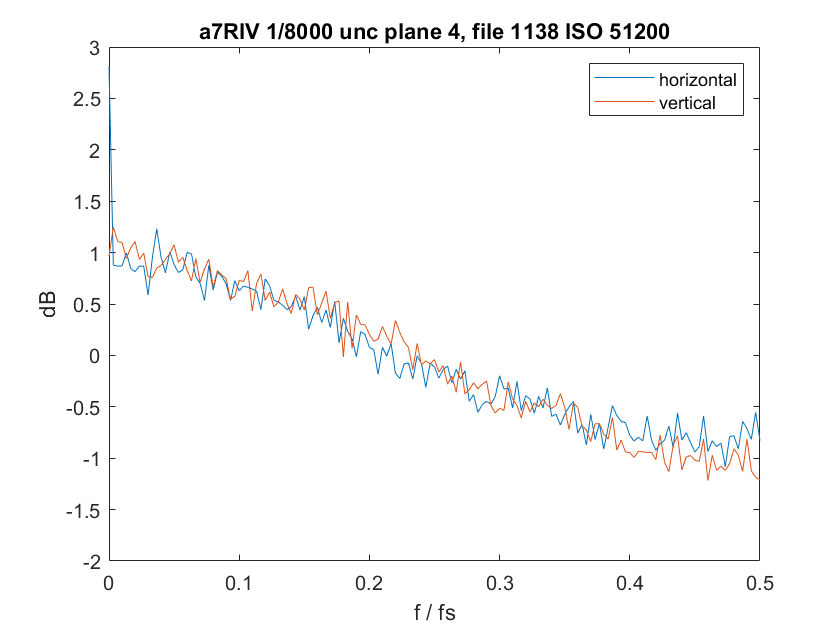 Low-pass filtering everywhere, and even more in the blue plane.

From this data, I’m surmising that the a7RIV wont have the same PDAF banding the plagues the GXF 100 and the Nikon Z cameras. I’m relieved. I may have PDAF striping, but that’s the lesser of the two evils.