Over the years, I have evolved a method for measuring focus shift and focus accuracy. It involves shooting a focusing target and a checkerboard ramp designed for computer analysis of focal plane. Here is the test setup with a Fuji GFX 100 on the camera stand ready to go.

And here is what the camera sees, showing you the focusing target that I used for this test, but the camera in this shot was also the GFX 100: 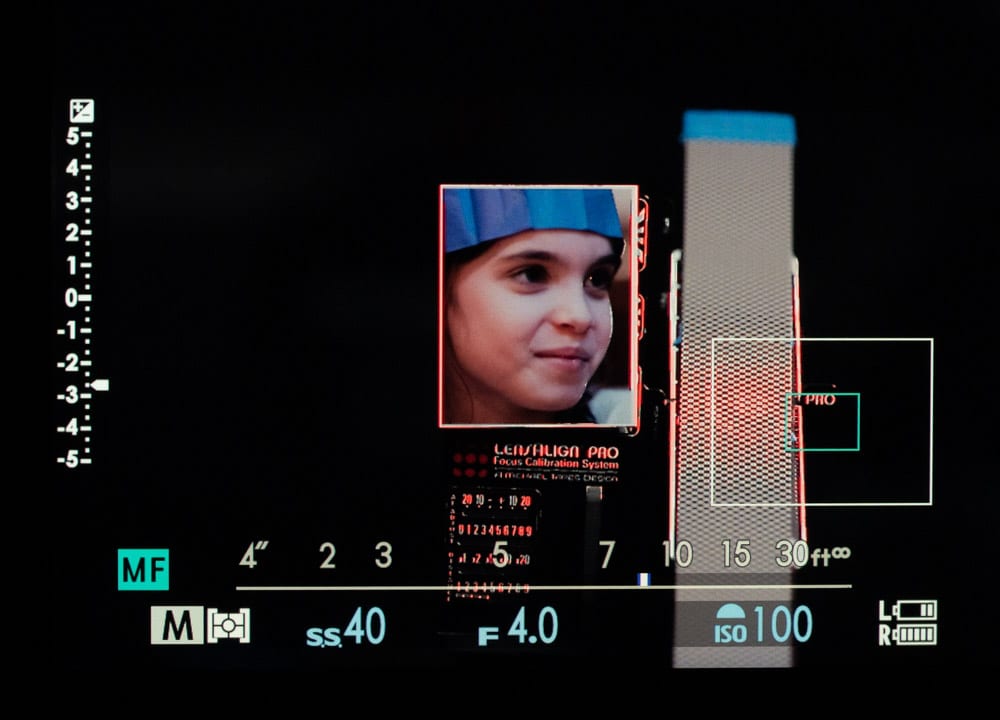 I mounted a Zeiss Batis 135 mm f/2.8 on the a7RIV. Can I just say one more time how much I love that lens? Its balance is perfect on the a7x cameras, it is sharp wide open, it has low longitudinal chromatic aberration (LoCA), and the other aberrations are well controlled. It is a sweetheart of a lens. The first thing I measured was the focus shift as you stop the lens down, with the target 3 meters away. 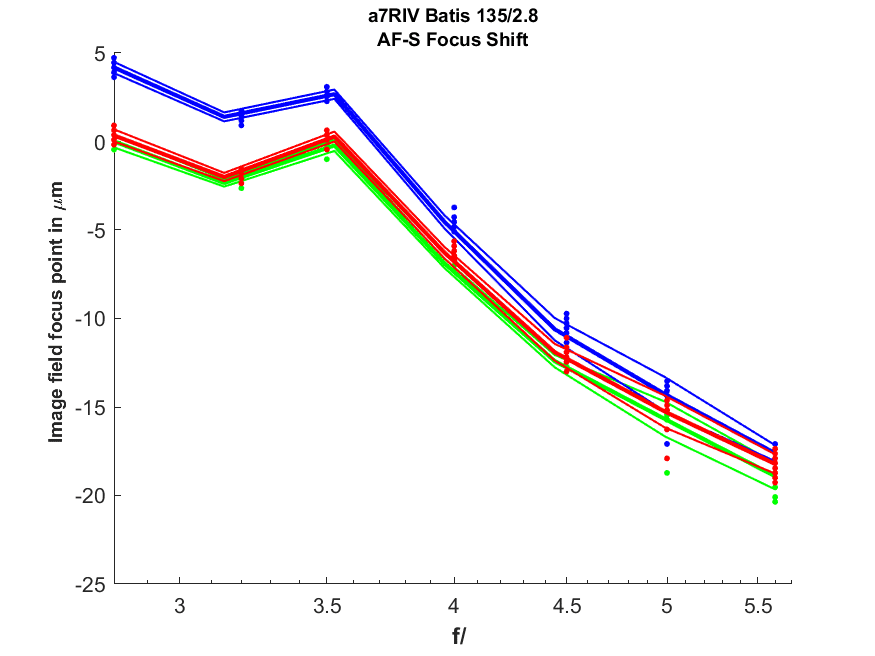 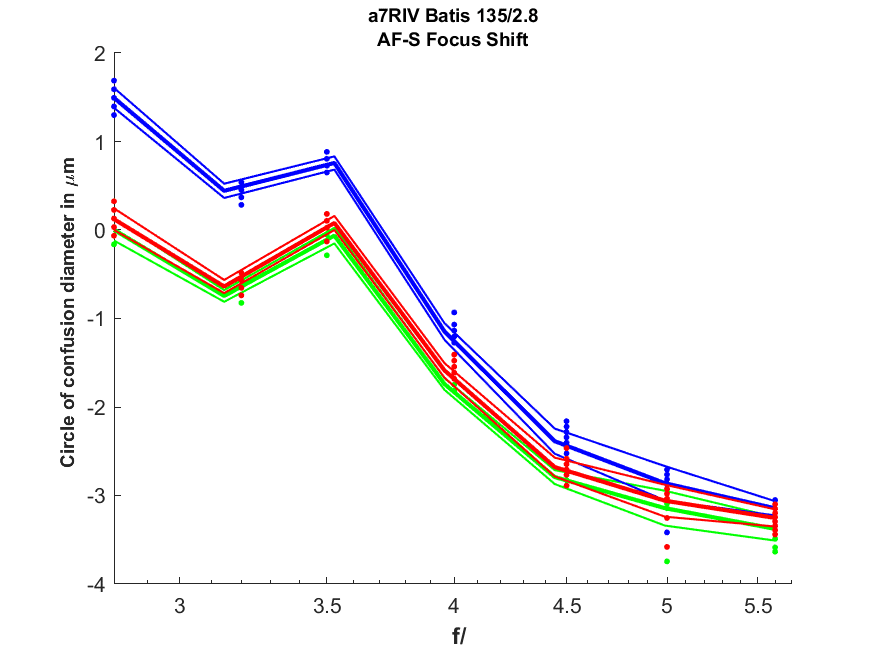 I’ve taken the liberty of assigning negative diameters to indicate front-focusing. The pitch of the a7RIV is 3.76 um. This means that the worst case focus shift causes a CoC of about the size of the pixel aperture. For most purposes, errors this small can be ignored. 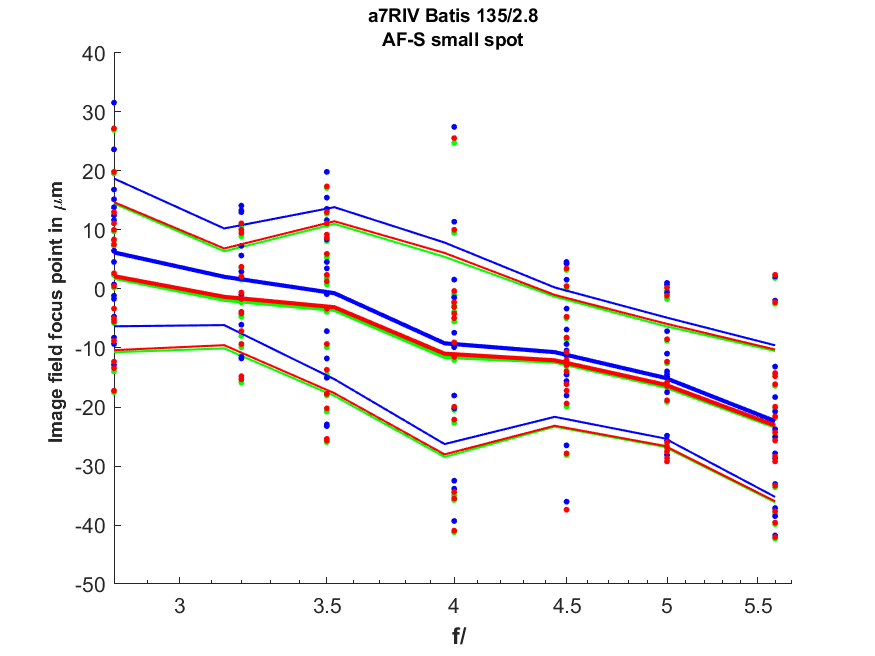 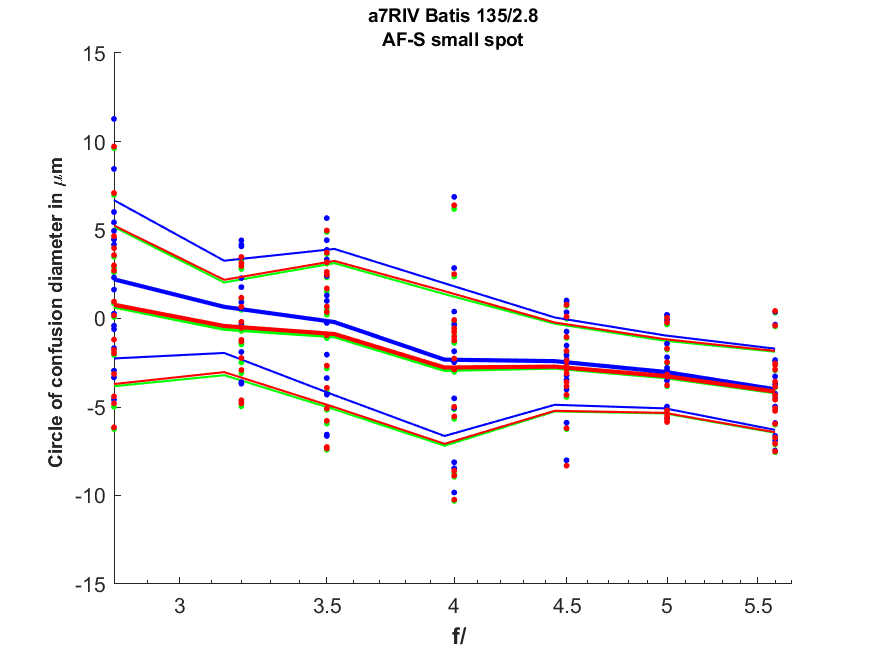 On average, this is about as good as you could do with manual focusing, but the spread indicates that, for critical work, you’ll want to take several shots if you use AF. Truth be told, it’s a good idea to take several shots, refocusing for each, if you’re using MF, too.

Now using the wide mode, with face detect on: 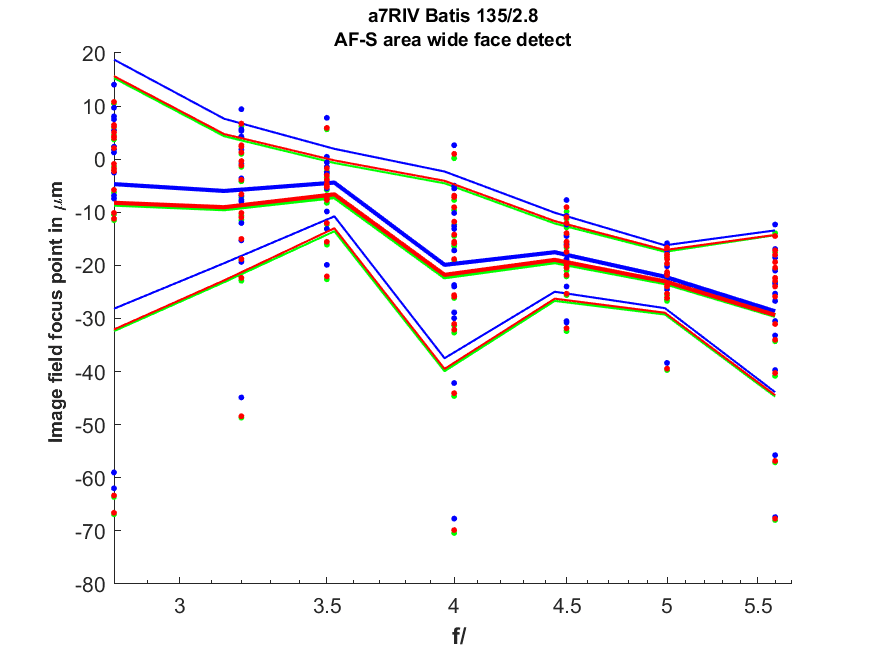 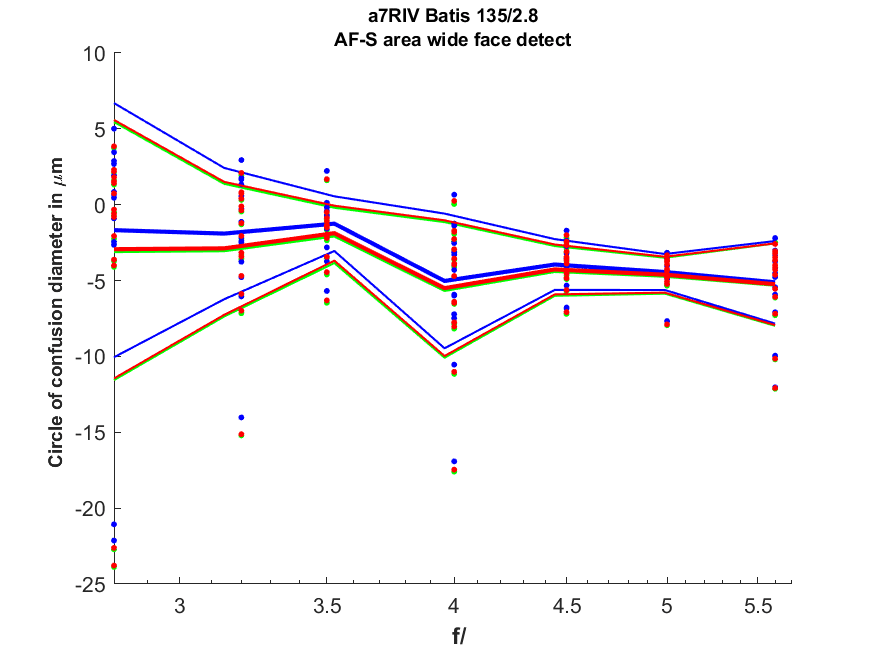