Last week, I wrote this post with some surprising news: the Sony a9 has no antialiasing (AA) filter. I was flabbergasted. Turns out, I was wrong. The a9 has a perfectly normal two-way (4-stop) AA filter.

So there’s no real news here. Everybody thought the a9 had an AA filter before I shot off my mouth last week, and everybody was right. But I need to eat some humble pie. I’m going to explain to you how I went so wrong, what I should have done to double-check, and how I know I’m right now.

If you go back to the mistaken post, you’ll see the first thing I did was run a visual test with a Siemens Star. I was looking for a lack of radial symmetry since I was looking for an asymmetric AA filter. When I saw a symmetric result, I knew that either there was no AA filter, or that it was right/left, top/bottom symmetric.

I then looked at the modulation transfer function in both right/left and top/bottom directions. For that, I used a portion of Imatest that I’d never used before, one that plotted all four raw channels on a single graph: 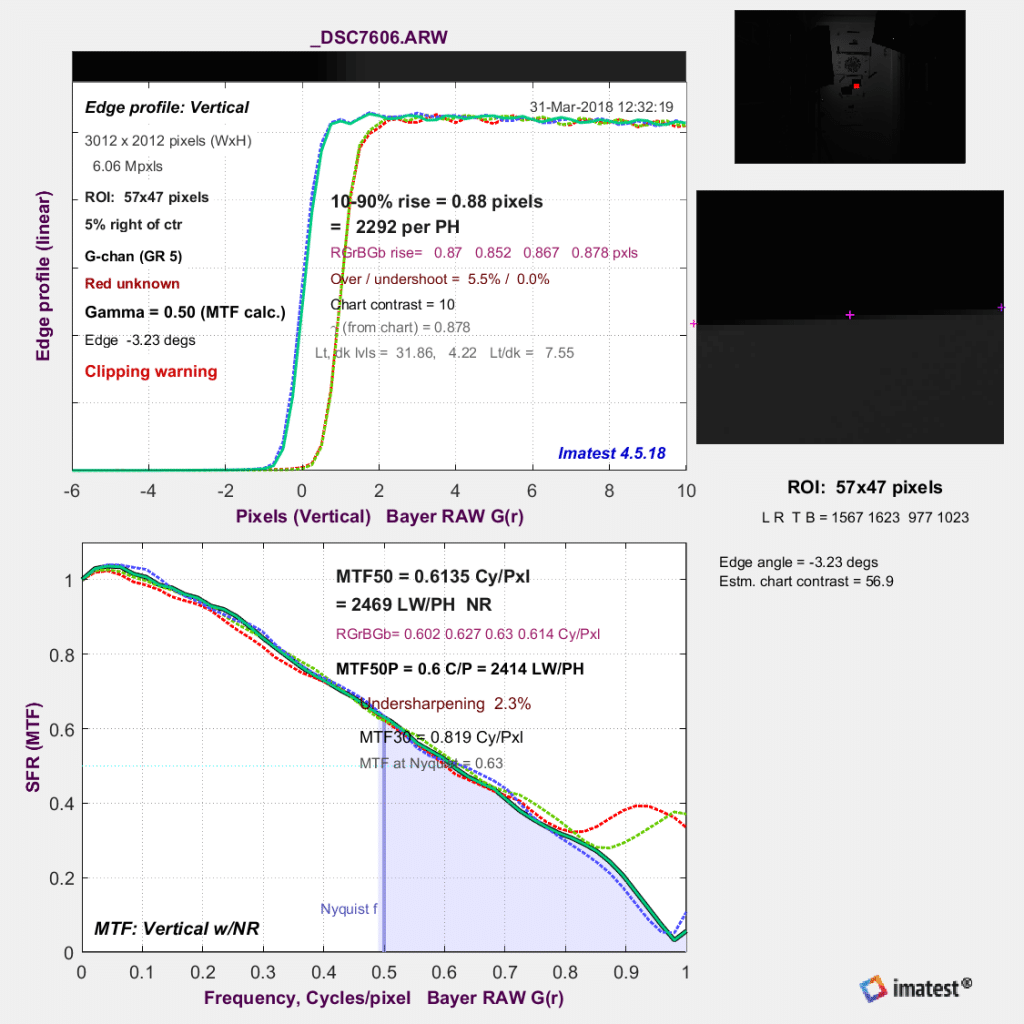 I saw the surprising strength of the MTF at Nyquist, and noted the absence of the zero between 0.6 and 0.7 cycles/pixel, and said that there can’t be an AA filter.

But I was wrong, and I was wrong because I interpreted the graph incorrectly. It turns out that Imatest, when plotting the raw channels, for the purpose of the frequency calculations, considers a pixel to be a pixel in each on the raw channel images, not a pixel in the mosaiced image. Since each raw channel has a quarter of the number of pixels as the mosaiced image (half the resolution), then the point labled 0.5 cy/px on the above graph is 0.25 cy/px if you consider the entire mosacied image. I find this a little odd, but I want to emphasize that it represents a completely legitimate way of interpreting the situation, just not the way that I’d choose. I can’t blame Imatest for my screw-up.

How did I come to discover my error? Yesterday, I got an email from my sometime collaborator, Jack Hogan. He said that he had looked at the DPR studio image for the a9, and it looked to him that it had a normal 4-spot AA filter. After some backing and forthing, I sent him a sample raw. He analysed it with MTFMapper, and produced these plots.

I then realized what had happened with my interpretation of the Imatest results, and checked by looking at an Imatest plot of a dcraw-demosaiced image: 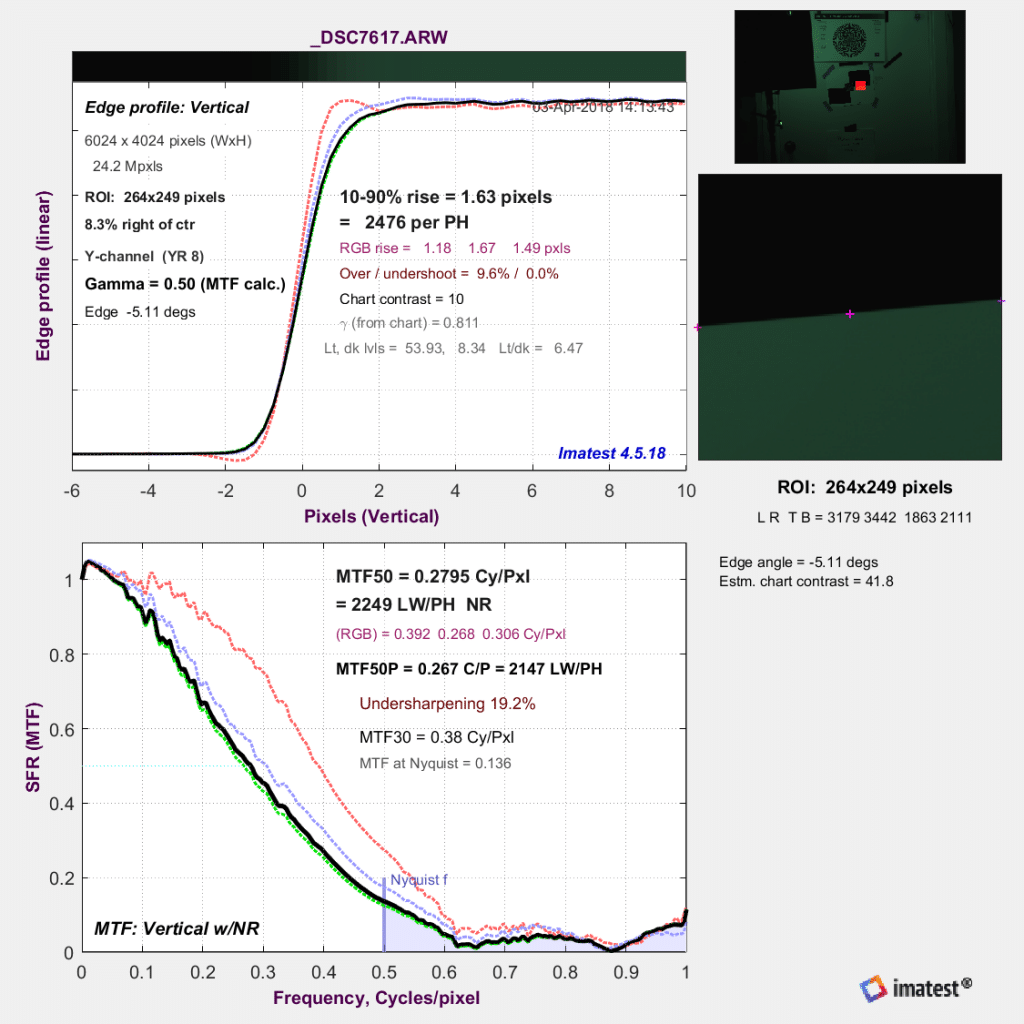 Now we see the expected result.