The a7III is about to ship in the US — it’s already in the wild elsewhere — and, although it is exceedingly attractively priced, I’m not expecting to be a customer. Nothing wrong with the camera, to my way of thinking, but I just don’t see the utility to someone who already has an a7RIII and an a9.

But I did notice the spectacular noise performance on Bill Claff’s Photons to Photos site, especially the read noise at ISO 640, and that got my curiosity bump itching.

A reader provided me with a set of dark frame images captured at 1/1000 second, at all ISOs. The details of the capture protocol I asked for, and I think the reader used: 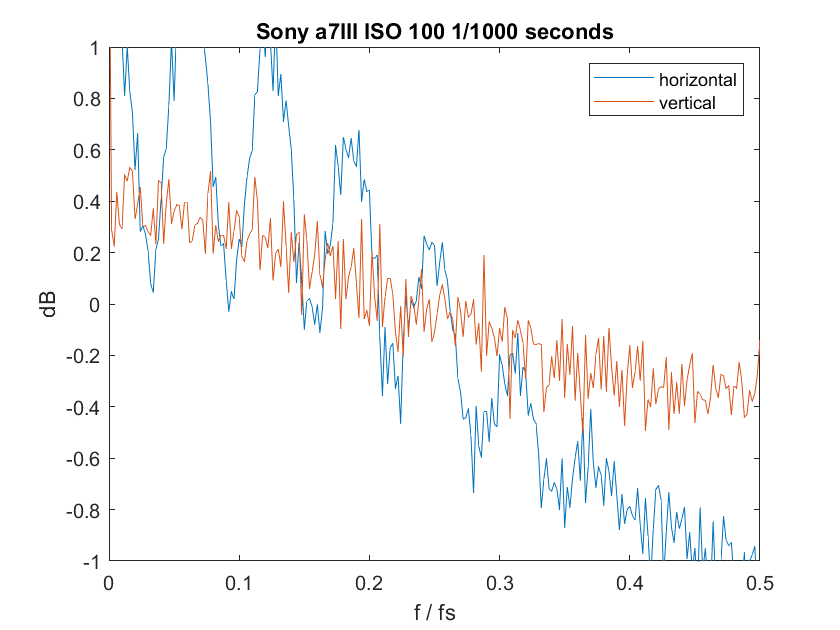 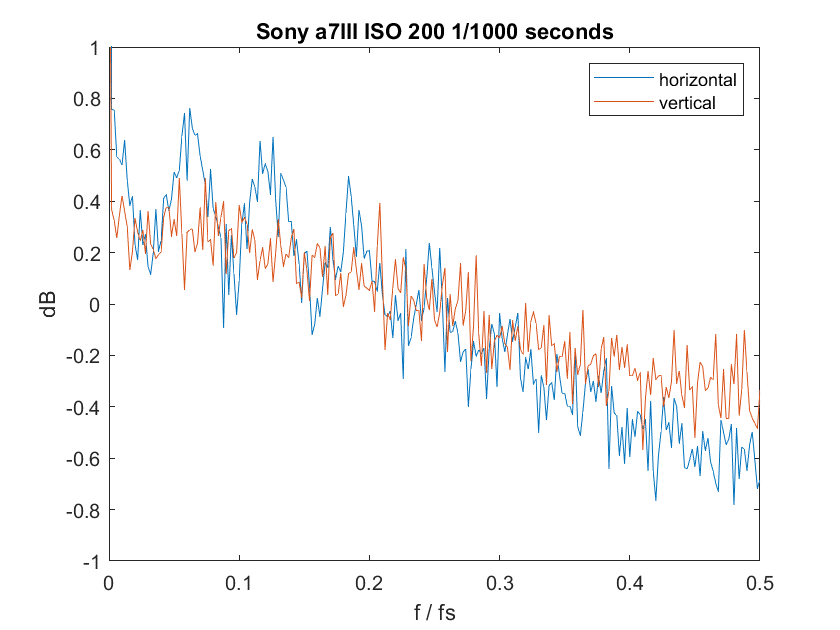 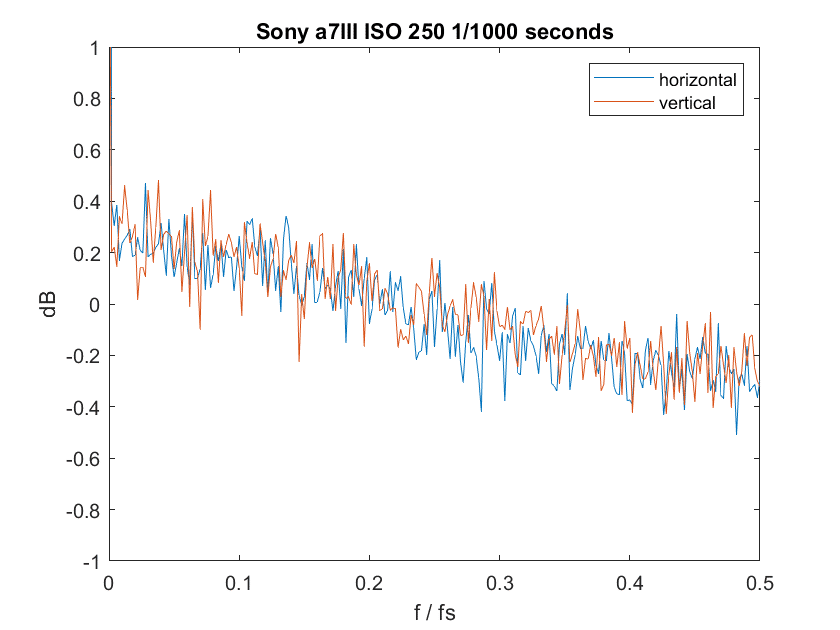 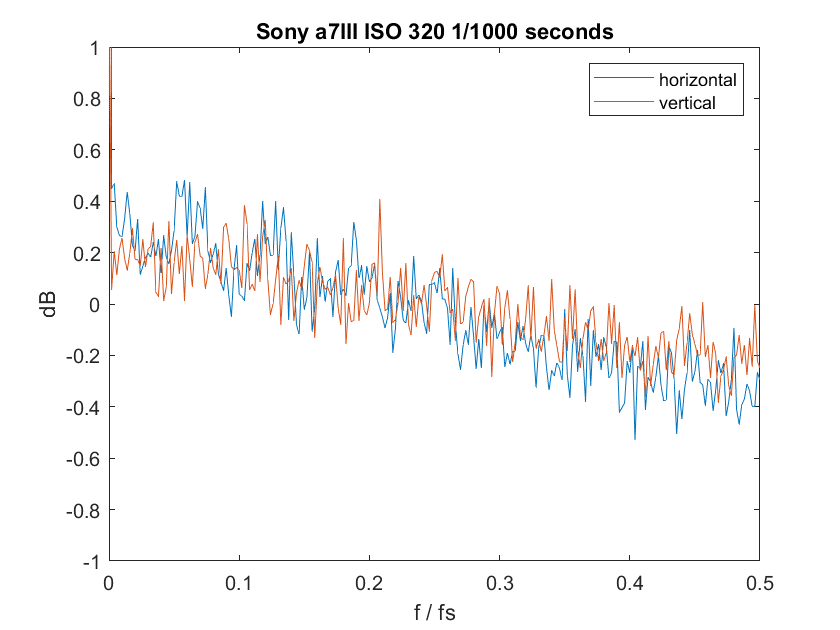 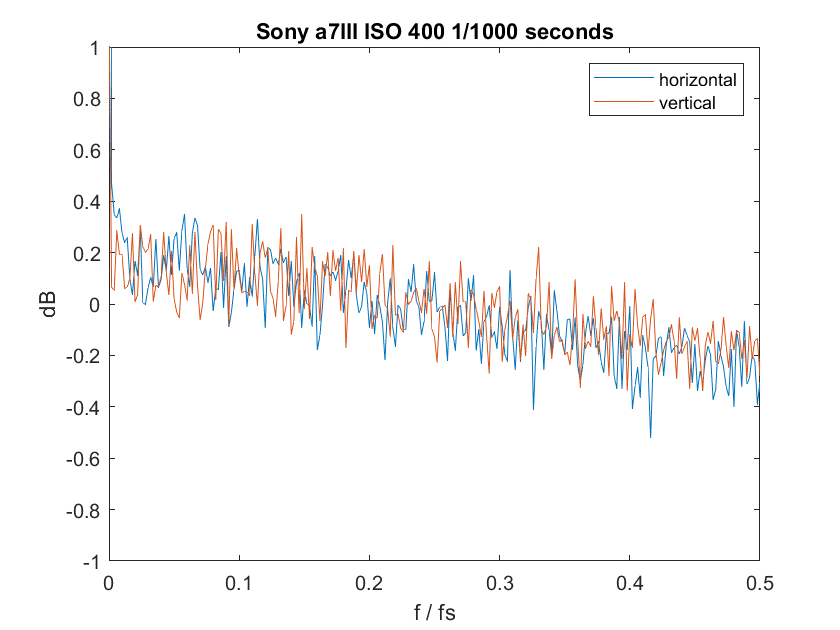 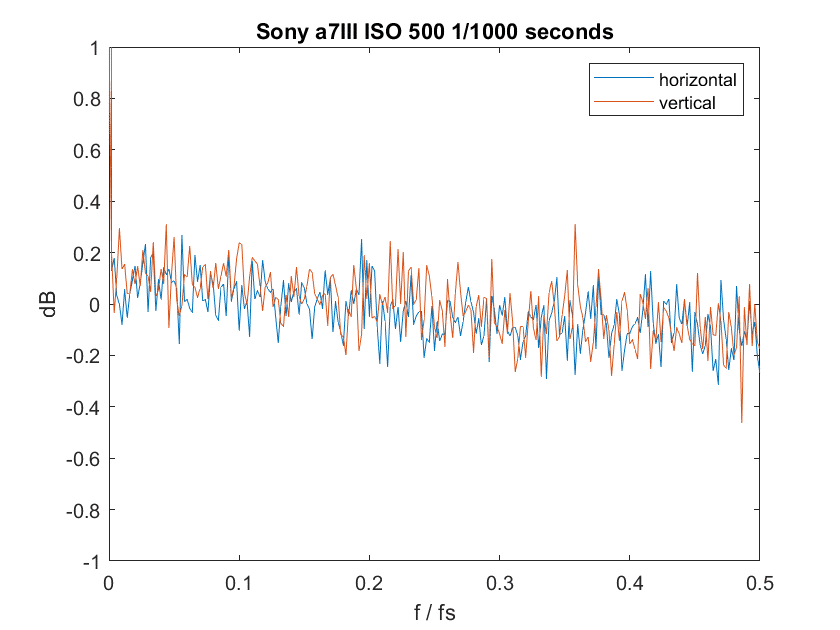 fs is the sampling frequency, and thus f/fs = 0.5 is the Nyquist frequency. There is low pass filtering evident in all of the above plots, decreasing in strength as the ISO increases. 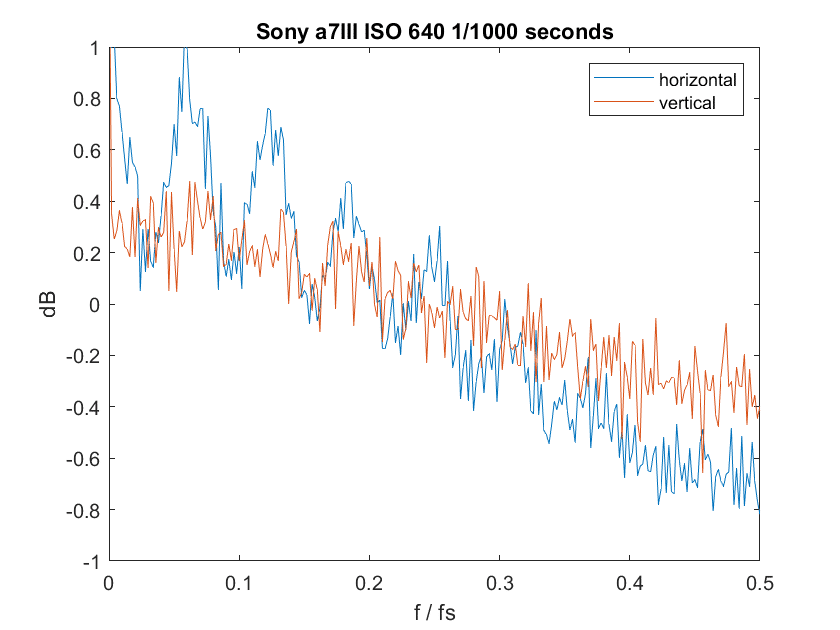 And indeed the ISO 640 plot does not look all that different from the ISO 100 one.

The pattern starts to repeat as the ISO goes up: 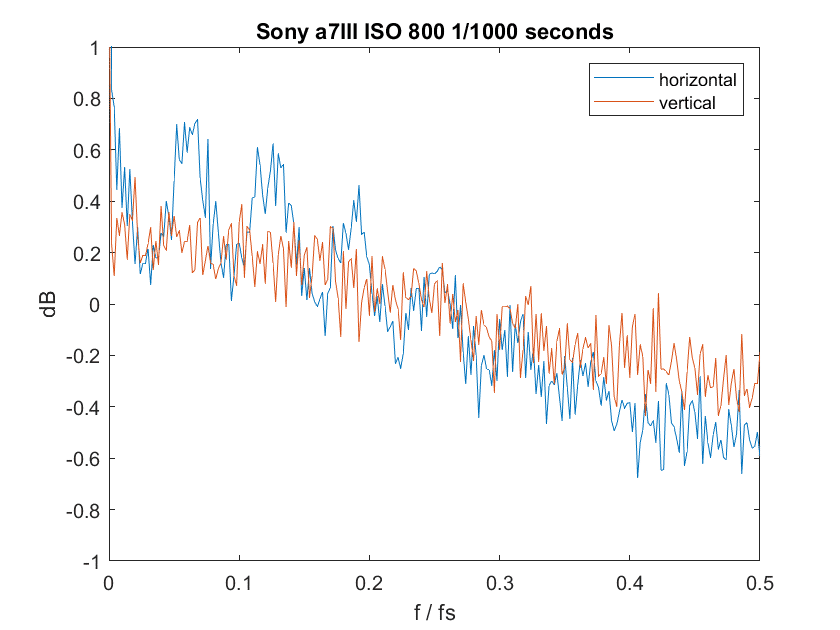 I don’t usually spend a lot of time with raw files that I haven’t captured myself, but I thought these were interesting enough to share. Hopefully, others, some with access to the camera itself, will carry on this investigation.

If Sony is using these kinds of tricks to achieve their impressive noise numbers for the a7III, that would, I think, be a shame. This kind of thing is much better done in postproduction.