I’ve previously tested the Fujifilm GFX 100 IBIS with the 110mm f/2 lens. I was seated for those tests, and I didn’t test shutter speeds that were low enough to find the place where the IBIS couldn’t handle the camera motion. I vowed to try again. This time I was standing, which made me less stable. I also wanted to try higher shutter speeds, since there have been questions about the IBIS having a deleterious effect at those speeds. Needing to go to higher shutter speeds forced me out of my studio environment. I set up on a sunlit target with two low-contrast slanted edges: 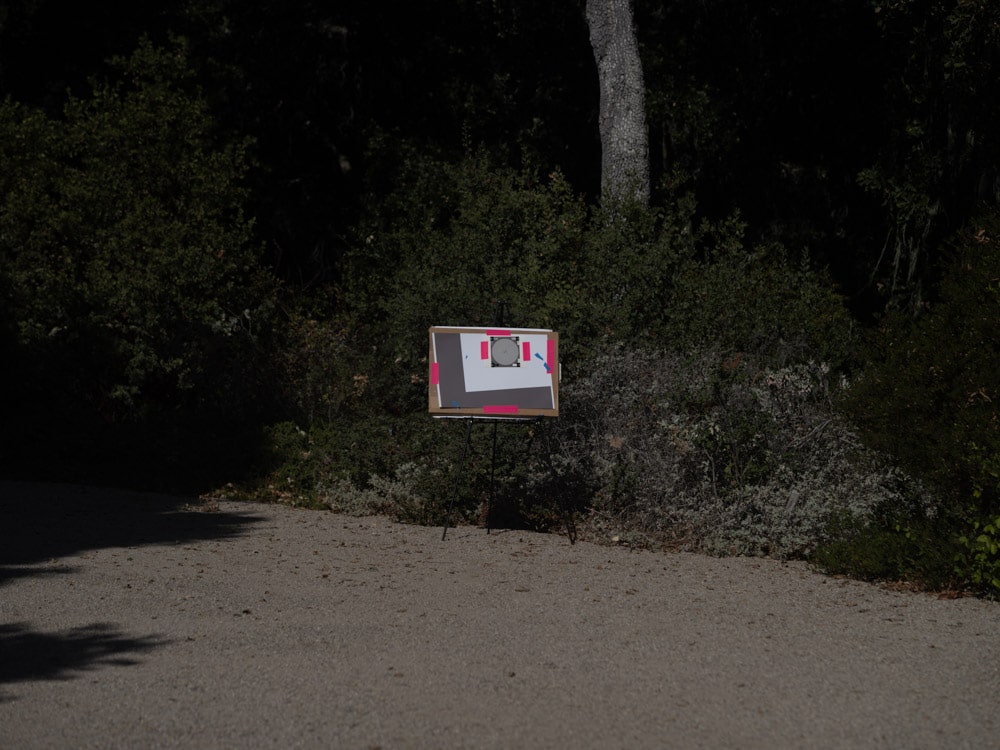 Before, I varied the light level to change shutter speeds. I can’t do that outside, so I used a variable neutral-density filter on the lens. 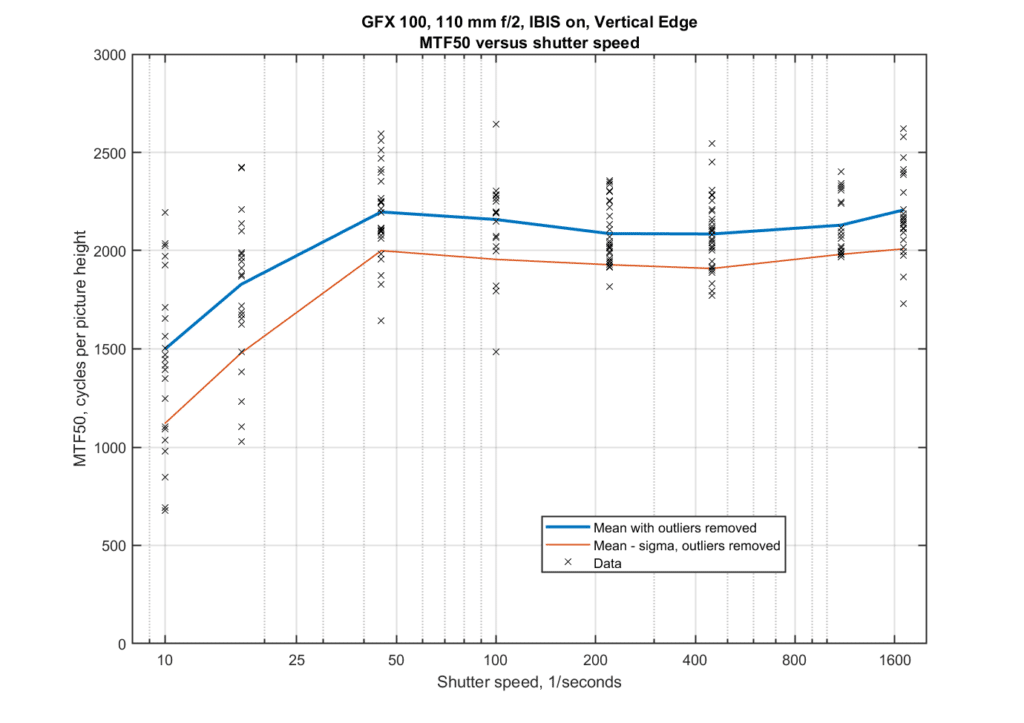 The vertical axis is the MTF50 in cycles per picture height. The horizontal axis is the denominator of the shutter speed — 1/100 second is plotted as 100. The heavy lines are the mean (aka mu, aka average) values. The thinner lines are the mean minus the standard deviation (aka sigma). The black x’s are the individual exposures, including the outliers removed from the data set used for the statistical calculations.

With IBIS off, things don’t look so good: 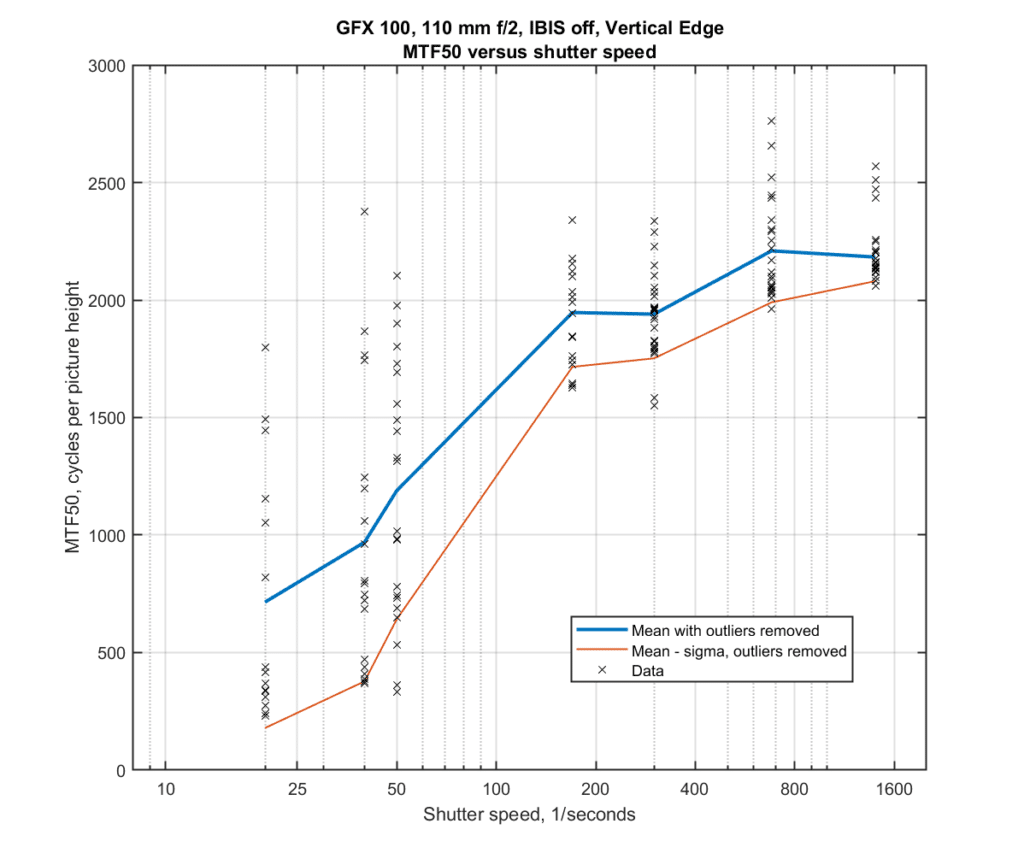 Comparing the IBIS and non-IBIS statistics: 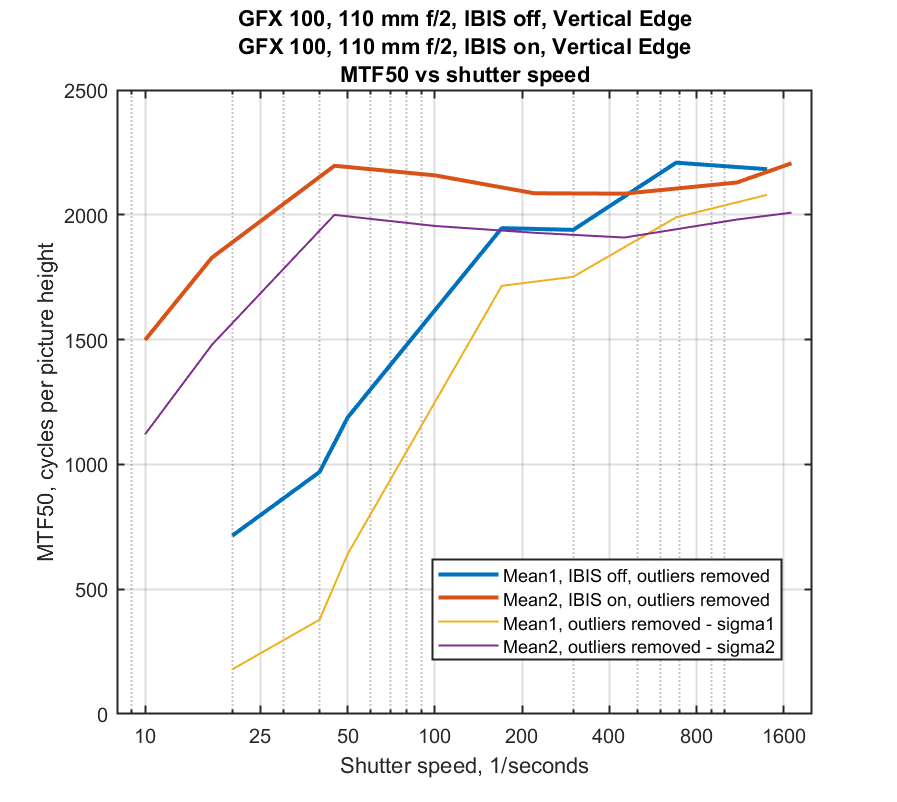 It looks like high shutter speeds are nothing to fear with IBIS on, even if IBIS isn’t doing any good there. It also looks like IBIS is safe down to 1/40 second, or slower than one over half the focal length. I expect that the camera will be even more stable in single shot drive mode, instead of the continuous mode I tested. Standing is about the worst commonly-used shooting position. I will test some more.