I’ve tested the GFX 100’s IBIS performance with the 110 mm f/2 lens here and here. The 110 is probably the native G lens that needs IBIS the most, since the 120 macro, the 100-200 zoom, and the 250/4 are all optically stabilized. There has been some interest in how the IBIS does with shorter focal lengths. I decided to use the 32-64 mm f/4 zoom to find out. I set it to 44 mm for this test, which is approximately equivalent to the 35 mm lens I used on the a7RIV in yesterday’s test. I set the aperture to f/5.6, which is also approximately equivalent to the f/4 used in the previous test, but that’s not why I chose those apertures: they are the about sharpest ones for each lens. I stood for this series, leaning against a railing behind me, which provided some extra steadiness. 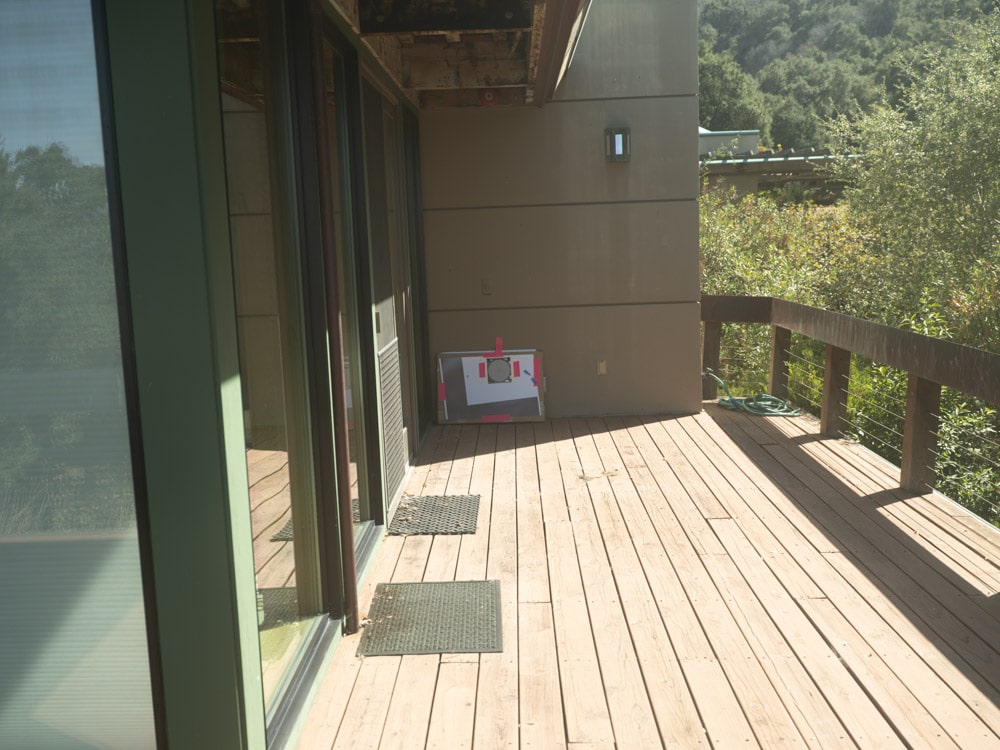 Using my automatic registration program, I adjusted the cropping in Lightroom for each image so that they were centered. I computed the MTF50 — a proxy for sharpness — for all the images with Imatest with the region of interest being a horizontal edge. Imatest spit out the data in cycles per pixel. With Matlab code that I’ve written, I converted that to cycles per picture height. For the statistics calculations, I removed outliers, which I defined as points more than two standard deviations away from the mean after conversion of the MTF50 samples with a logarithmic nonlinearity. 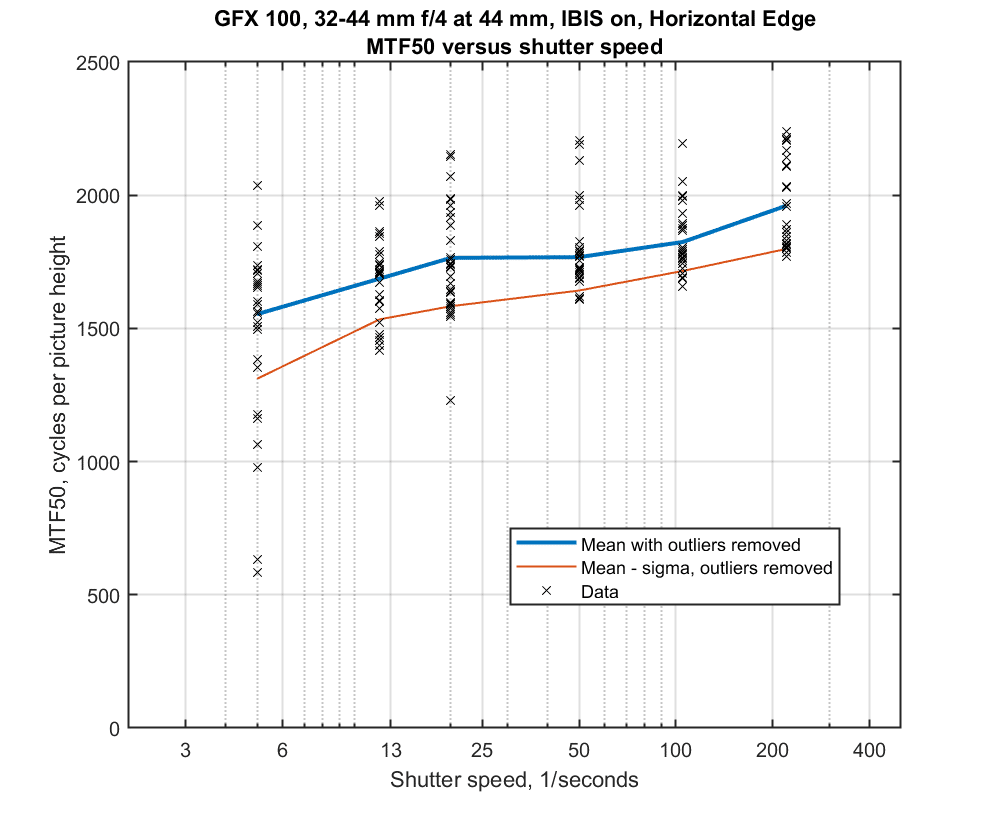 Performance is acceptable even at 1/5 second, although there are a some poor outliers there. By accident, I ran a duplicate test that included all but the slowest shutter speeds. When that data is included, things don’t change much: 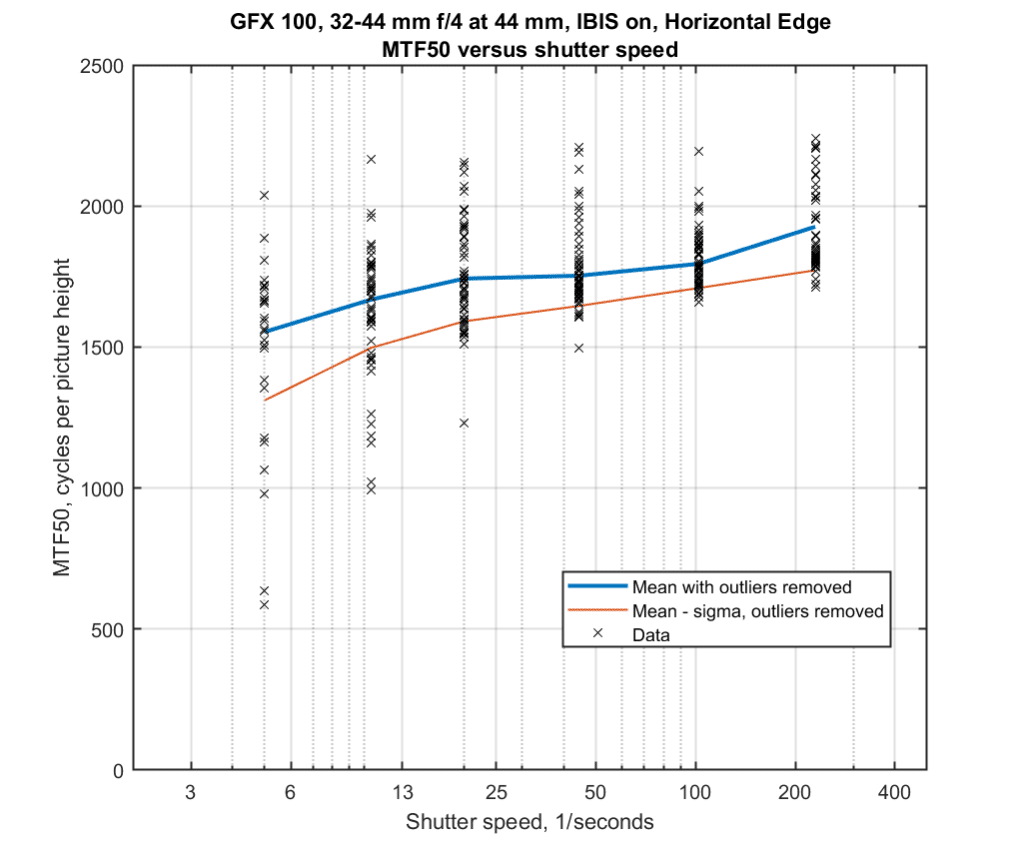 The lack of any significant differences means that I can stick with 25ish shots in future IBIS testing. 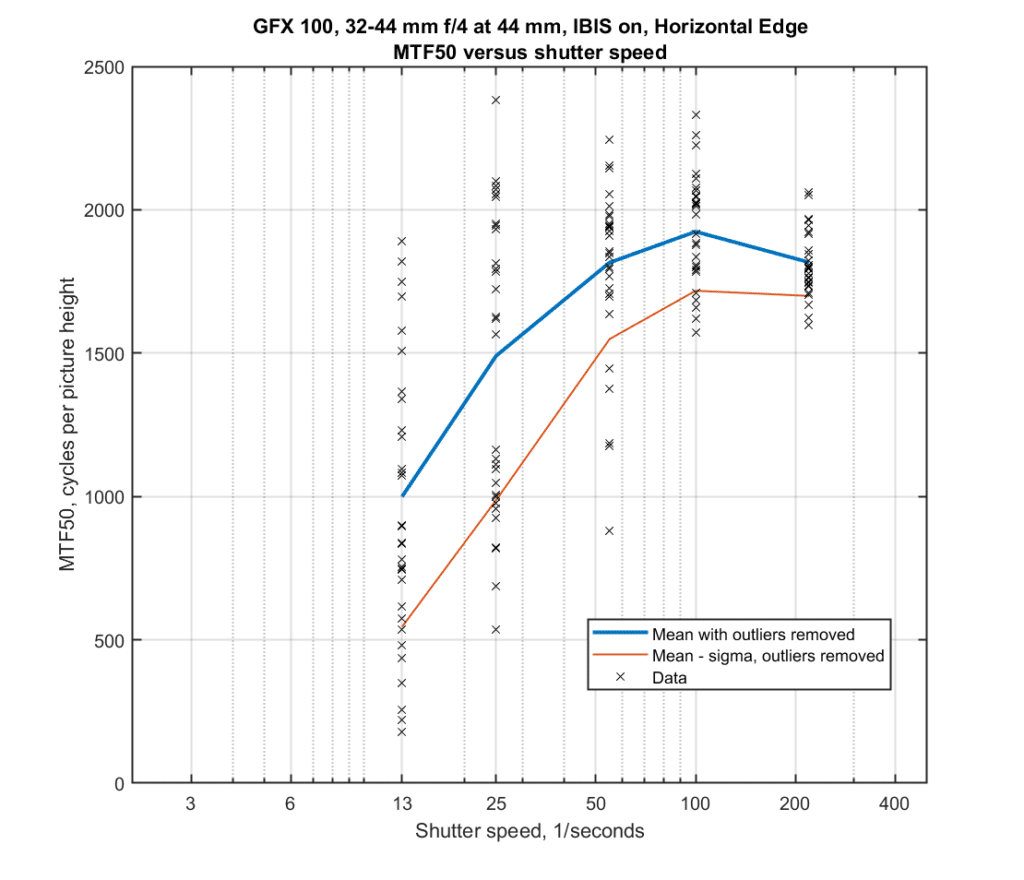 1/25 is acceptable on average, but there are a lot of unsharp shots at that shutter speed.

Comparing IBIS with no IBIS: 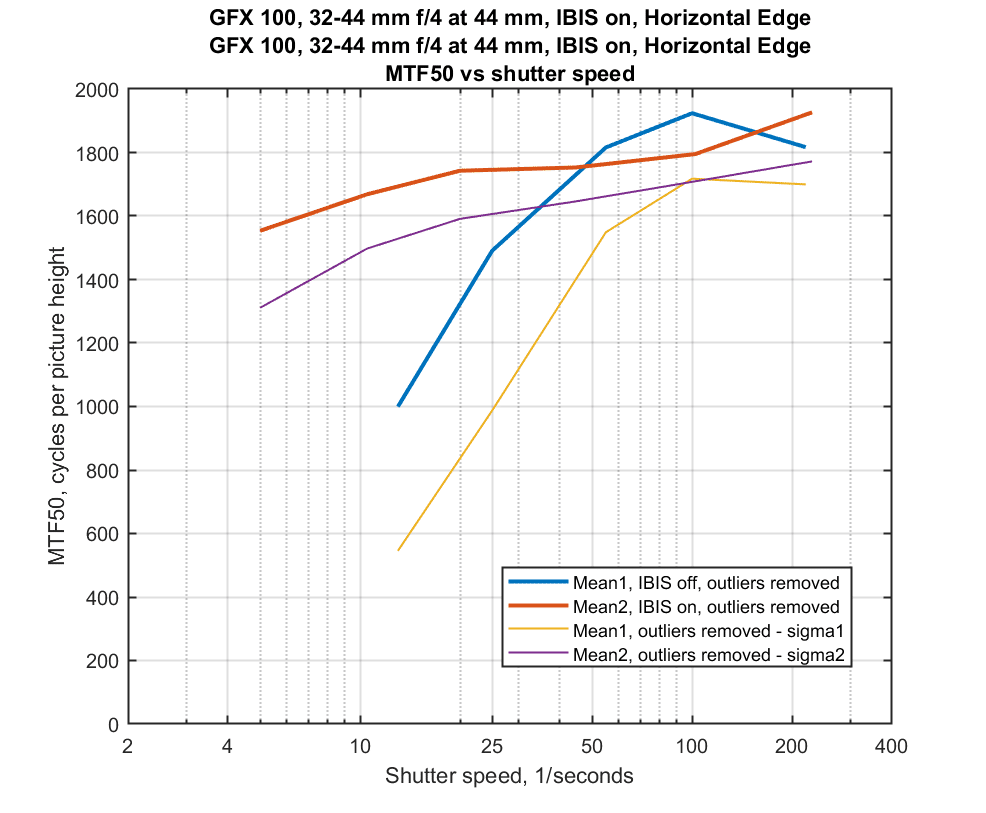 Interpolating, the mean IBIS results at 1/5 second look about as good as the non-IBIS mean at 1/35. That’s a ratio of 7, or just under 3 stops. If we look at the mean-minus-sigma numbers, to get the 1/5 second IBIS sharpness, you’d need to use a shutter speed of about 1/40 second, which is close to the same ratio.

Here’s a comparison with yesterday’s test of the Zony 35/1.4 on the a7RIV: 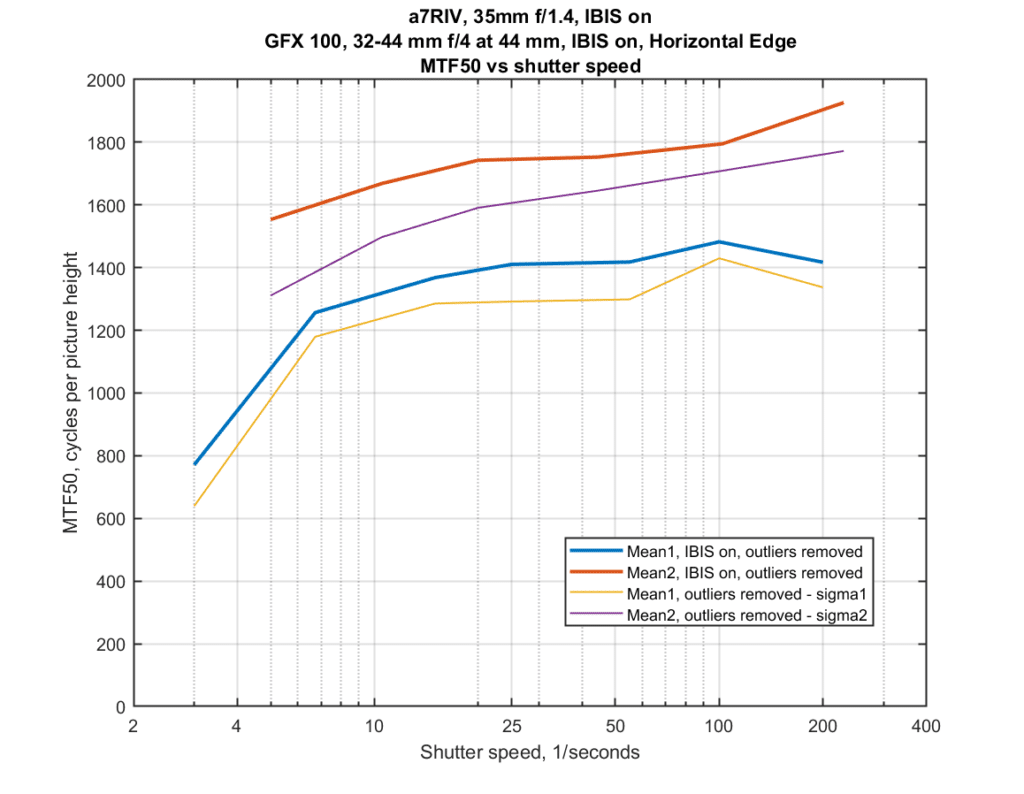 Testing note: at 1/5 second, finder blackout in the GFX 100 makes it really hard to keep the target centered.