The GFX 100 is the first GFX camera to have on-sensor phase-detection autofocus (OSPDAF). The previous two GFX cameras used contrast-detection autofocus (CDF) exclusively. I have observed in both Sony and Nikon mirrorless interchangeable lens cameras (MILCs), that OSPDAF introduces artifacts into the captured image, and more PDAF rows make for more and more visually-objectionable artifacts. In the case of the Sony MILCs, the artifacts are referred to as PDAF striping, and occur as light horizontal (if the camera is in landscape orientation) stripes at more-or-less regular spacing. The stripes are only a visual problem under some lighting conditions. I have never seen them in the absence of lens flare, and they don’t always occur even if lens flare is present. They usually are not an issue in images with little post-production, but big moves there can make them visible, and when they are, they are ugly.

The Nikon Z6 and Z7 don’t have PDAF striping because they have processed the images in camera to remove it. But their fix introduces what I think is a bigger problem. It’s called PDAF banding, and shows itself as regularly-spaced dark stripes in the shadows if the raw file is subjected to moderate shadow pushing. It’ too, doesn’t occur under all conditions, but only when the camera decides it needs to ameliorate PDAF striping.

How about the GFX 100? Will we see anything similar to the Sony and Nikon MILCs? This post is my first hard look at that.

In order to average out photon noise, I made 128 exposed to the right exposures of a white card with the GFX 100 and the Fuji 110 mm f/2 lens. The ISO was 100, I used 14-bit raw precision, and the shutter was set to electronic (ES). I averaged all 128 images, and looked at the spectra of all four raw planes. Here’s the first green plane: 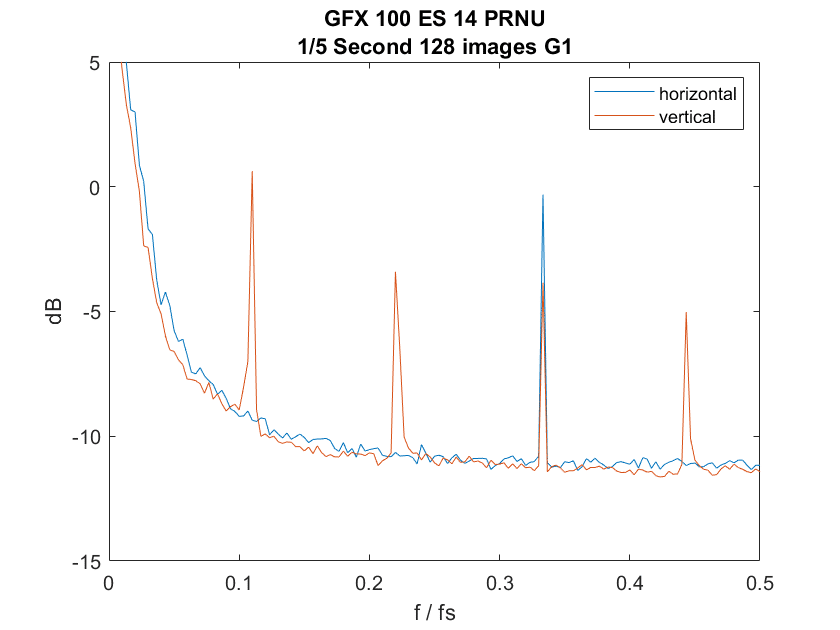 fs is the camera’s sampling frequency (two over the pixel pitch, which is 3.76 micrometers (um). It’s not one over the pixel pitch because each raw plane samples at twice the total pitch). Ignore the gradual tail on the left; that is due to unevenness in the lighting. Note the spikes. There is a horizontal-direction spike at 1/3 the sampling frequency, or every 6 pixels in the mosaiced raw file. That spike indicated vertically-oriented artifacts. There are vertical-direction spikes at a bit under 1/2 fs, 1/3 fs, a bit under 1/4 fs, and 1/9 fs. The last one indicates a horizontally-oriented artifact ever 18 rows in the mosaiced raw file.

Here are the rest of the raw channels: 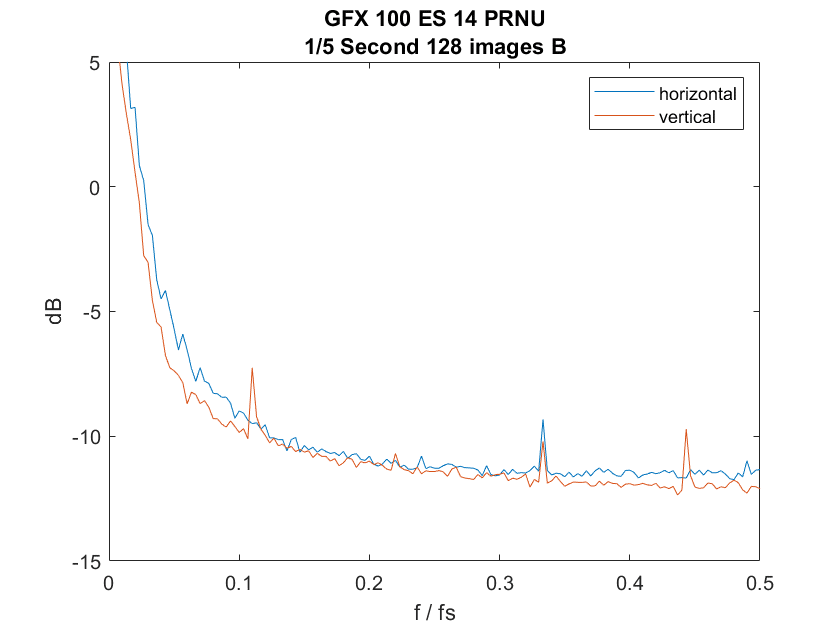 The blue channel has hardly any periodic artifacts. 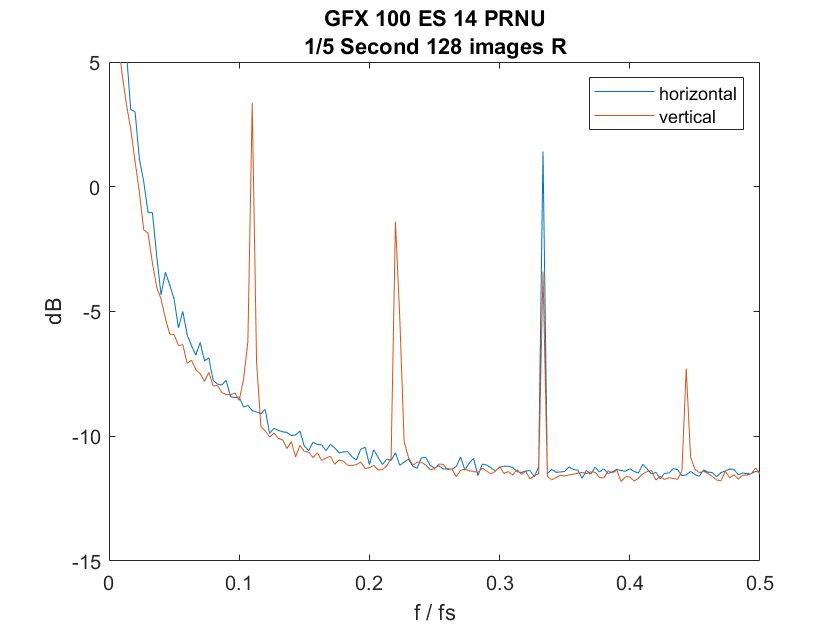 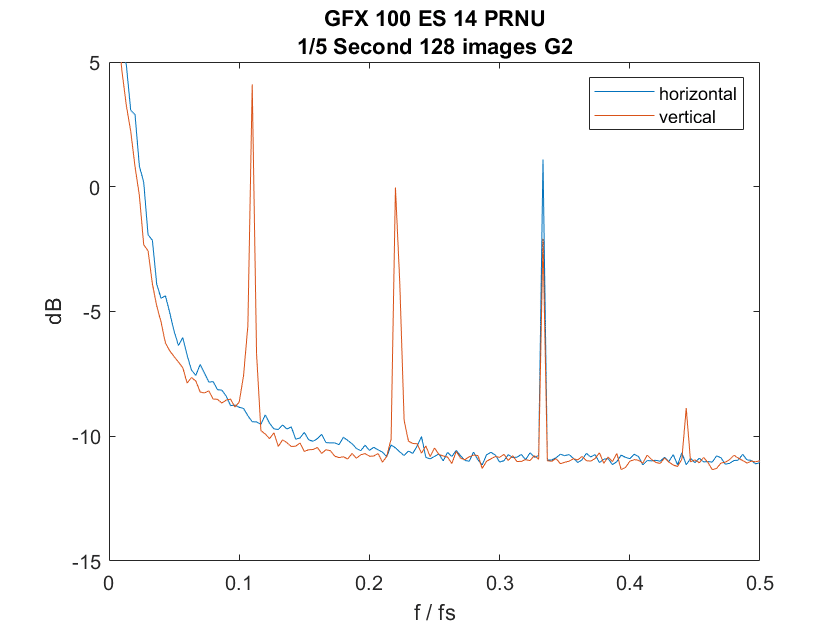 Both the red and second green channels have a lot of periodic energy.

What does this look like? I made histogram-equalized crops of the averaged images to show the artifacts more clearly.

How will this affect real-world photography? It’s too soon to tell, but now we know what to look for.