This is the 44th post about the GFX 100. That total is larger than it would have been if I hadn’t done the last series of posts about megapixels and printing, but I’ve spent a lot of time with the camera, and it’s time to put the numbers and the graphs to one side and tell you all my general impressions of the camera. 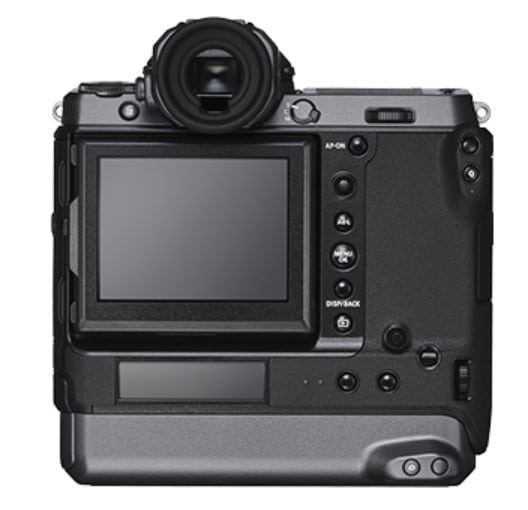 I like it a lot. Details follow, concentrating on the differences between the new camera and the GFX 50R and GFX 50S.

Microlens size. I am glad to see that Fuji returned to normal-sized microlenses for the GFX 100 and that they did not continue down the aberrant small microlens road that they embarked upon with the GFX 50R and GFX 50S. The combination of the normal microlens size and the small pitch in the GFX 100 means that aliasing is less of a problem now. Of course with those sharp Fuji lenses you still might see aliasing unless you stop down to f/16 or so. The GFX 100 file look very nice to me. There have been complaints in the fora that they need a lot of sharpening. I don’t find that to be true at all. They do need more than the GFX 50R and 50S files, but those were outliers because of their unusually small microlenses.

Ergonomics. I am sorry to see a yet another user interface in the GFX 100 — the third in three cameras of the GFX series. It makes it hard to switch back and forth among the three cameras. Of all the user interfaces, I like the one in the GFX 50S the most, but there are some things to like about the GFX 100 UI, like the way the drive modes are dealt with. I wish the lock function were harder to instigate. I wish the buttons and menus were more configurable — why can’t I attach any function to any button or any quick-menu position?

Size and weight. Yeah, it’s big. But for me, it’s not too big. The HxD ‘blads — and most of their lenses — were too big; so big that I didn’t use them much in the field. The GFX 100 doesn’t approach that. I don’t like the “front porch”, though, especially as it makes it difficult to use the camera with the Actus or similar tech front ends and use shorter lenses. Here’s a reason I don’t find the weight converning: I have Nikon Zx and Sony alpha cameras if I want something smaller. I expect that most GFX 100 users will also have smaller-format cameras.

PDAF banding. This is a Fujifilm own goal. When cameras use most kinds of on-sensor phase-detection autofocus (OS PDAF, or here where there’s no confusion with the kind of PDAF used in DSLRs, just PDAF), there is a possibility of something called PDAF striping, which occurs infrequently in the presences of lens flare. The Sony a7RIII, and several other cameras, are subject to such striping. When Nikon designed the Z6 and Z7, they included a fix for the striping which causes dark bands in the deep shadows of images os scenes that the camera has decided might cause PDAF striping. This fixes the striping, but the cure is worse than the disease, since there are now dark bands in many more images than would have the striping. The GFX 100 doesn’t have PDAF striping, but it has even more PDAF banding than the Z6 or Z7. In fact, there is so much deep-shadow banding in the GFX 100 that the GFX 50x cameras have a greater usable dynamic range. This is a giant step backwards. There are ways to ameliorate the PDAF banding in post, but the right thing for Fuji to do would be to fix their firmware so that it doesn’t try to cover up PDAF striping, which, after all, is infrequent.

IBIS. A useful improvement is some circumstances, and a credible implementation, in spite of the fact that the masses involved are greater than in a full-frame camera. It’s   about as good as the IBIS in the Z6/7 or the a7RIII./a7III. It would be nice if there were a mechanical lock like the Z6 and Z7 have, which would reduce power consumption and internal heat buildup.

Battery life. With the double battery arrangement, about the same as the GFX 50S. Not a problem. Fuji should offer a double charger like Nikon, though. There have been reports of compatibility issues with some of the double third-party chargers.

Utility of the extra pixels. In recent posts, I have demonstrated the advantages of printing images at 360 ppi on Epson printers. At 360 ppi, you could print a GFX 100 image about 24 inches high. At the same resolution, a GFX 50x image would be about 17 inches high. You’re not going to see much resolution improvement in your prints unless you print larger than 17 inches high. However, you will see less aliasing, and I think that is important.

PDAF speed. The whole point of going to PDAF in the GFX 100 instead of soldiering on with the contrast-detection autofocus (CDAF) used in the GFX 50x was to make autofocus work faster. Did it work? Yes, but with a caveat. The GFX autofocus is noticeably slower than any recent full-frame camera I’ve tested. I suspect the lenses aren’t designed for really high AF speeds. If you need fast AF, keep your D5 or a9.

Autofocus accuracy. CDAF is very accurate, and the GFX50x were not exceptions. PDAF is usually not as accurate, although in MILCs, PDAF and CDAF can be combined to yield — if all goes well — the speed of PDAF and the accuracy of CDAF. However they’ve done it, and it’s not possible for me to tell, the GFX 100’s AF accuracy is on a par with the 50 MP cameras from Fuji that preceded it.

16-bit raw precision. It doesn’t make much difference, except that it slows down the electronic shutter by a factor of two. Go ahead sn use it if you wish, but your ability to push the shadows isn’t going to be any better with the 16-bit files than the 14-bit ones, because the PDAF banding swamps out whatever differences there are.

Conventional ISO raw gain. I really liked the way the GFX 50x cameras stopped increasing raw analog gain after ISO 1250 and just let the raw developer handle it from then on. The GFX 100 doesn’t do this, but continues to apply analog gain until above ISO 12800. This compromises headroom with no significant benefit in shadow noise. Another step backwards, in my book.

Wider use of EFCS. The GFX 50s and GFX 50R switched to mechanical shutter for shutter speeds faster than 1/500 second. I always thought that was too low. The GFX 100 switches modes at a higher shutter speed.

35 mm crop mode. That’s now more useful than it was in the lower-resolution cameras, but, save for compatibility with the excellent Fuji G lenses, you probably would be at least as well off to shoot with the a7RIV. If you want to push the shadows hard, my very preliminary tests of the a7RIV files that I’ve gotten from other people show no trace of PDAF banding.

Before the GFX 100 shipped, there were many who said that it would be a niche camera, with volume a tiny fraction of that for its 50-MP brethren. I doubted that then. I doubt it even more now.

I don’t have any more GFX 100 posts planned, and I have a window of a week or so before the a7RIV arrives and I’m deep into testing that camera. So, if there are GFX 100 tests you’d like to see run, now would be a good time to tell me about them.