I’ve shown you some theoretical work on the sub-Nyquist and ultra-Nyquist behavior of pixel shifting systems. I’ve also showed some visual demonstrations of how the Fuji 16-shot stacking system does when compared to a straight single shot with Lightroom demosaicing. Now I’ll take the shots that I captured for the latter and analyze slanted edges for some quantitative judgements. 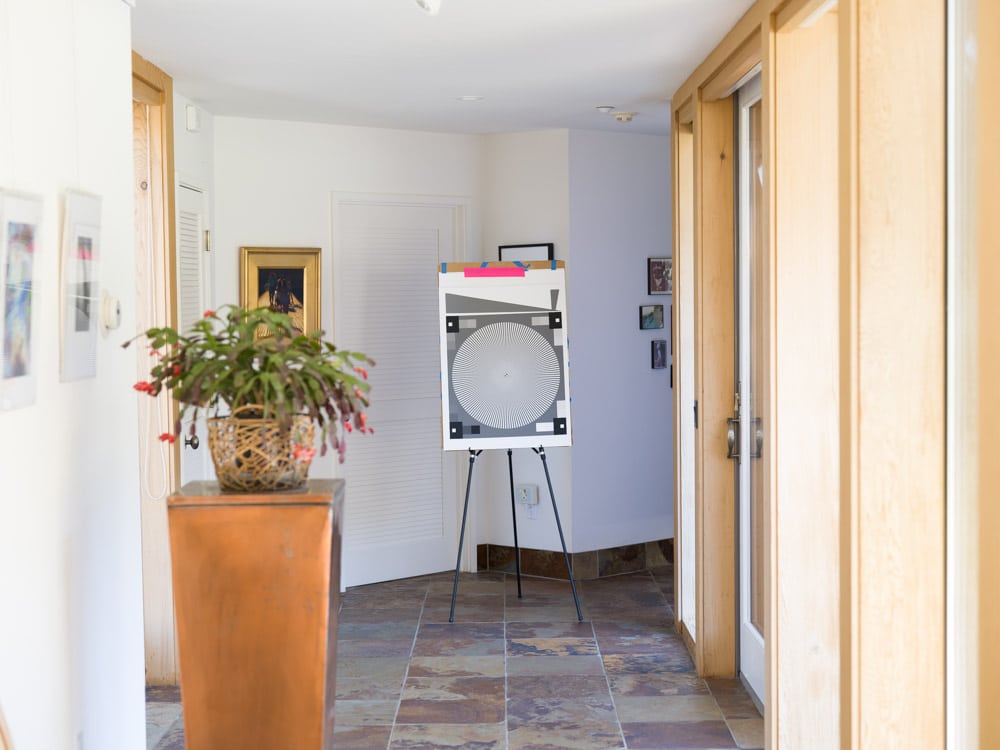 The single shot, developed in Lightroom 10.2 with default setting except for sharpening turned off and withe balance to lower left gray background around star. 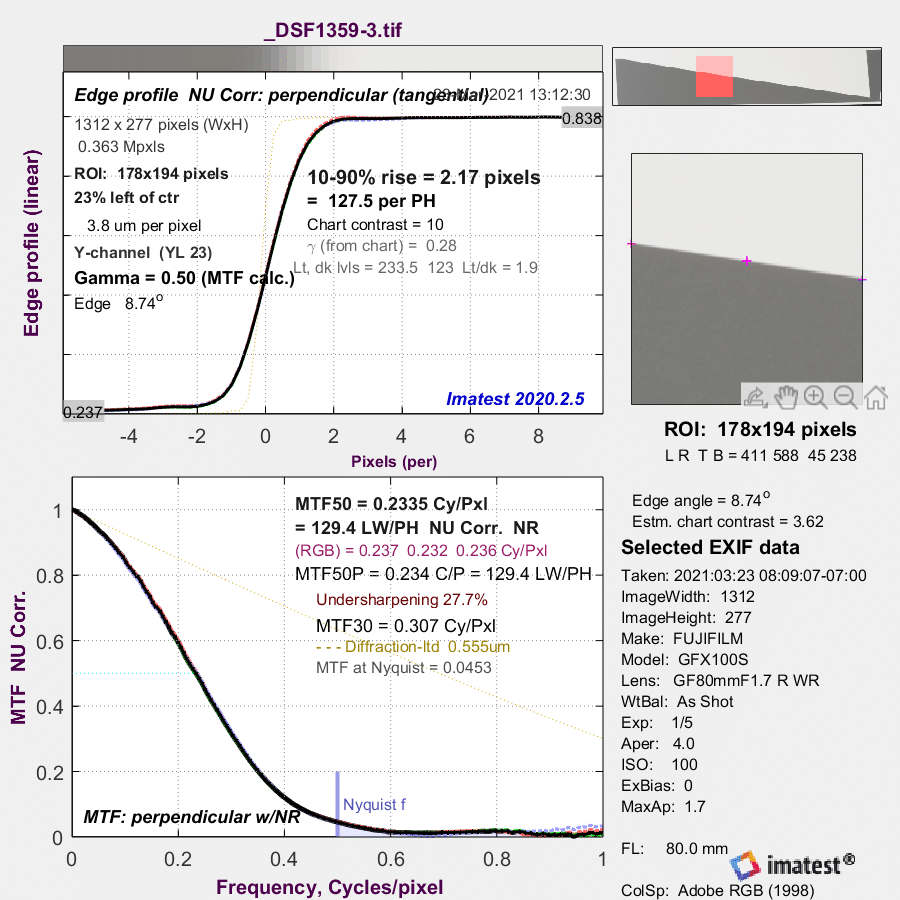 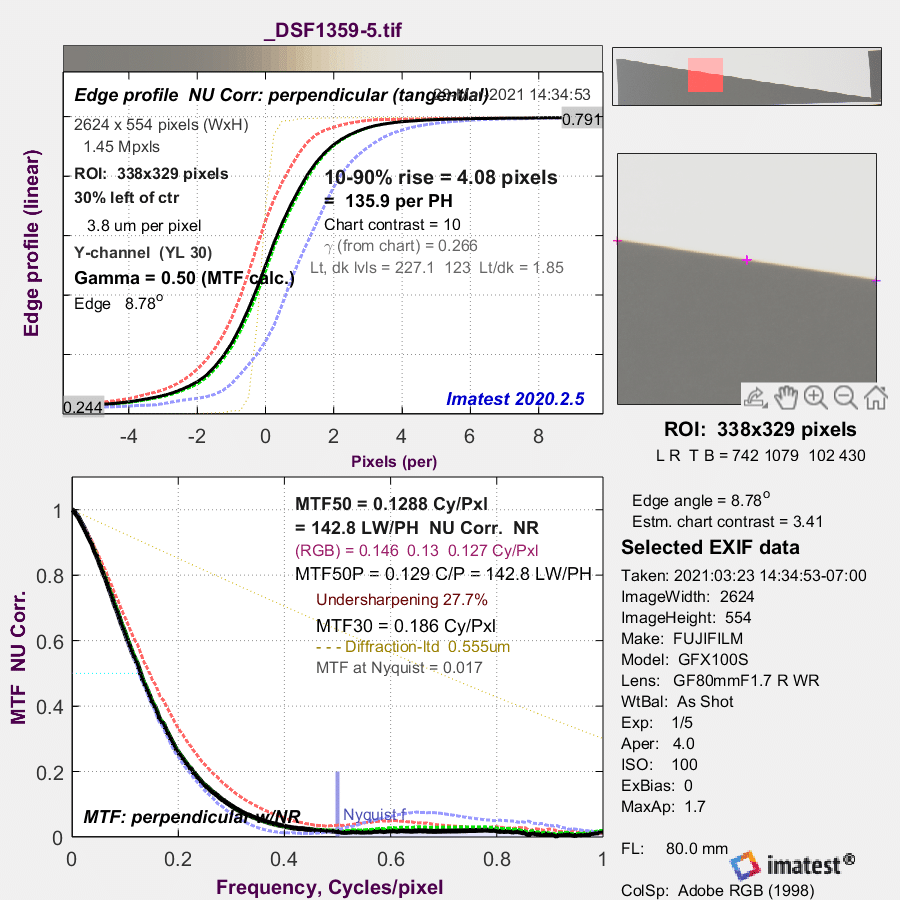 But there’s something really strange going on. Look at the edge profile on the 16-shot image, paying attention to the three color planes. There is a lot of chromatic aberration. But there’s not much with the single shot image. 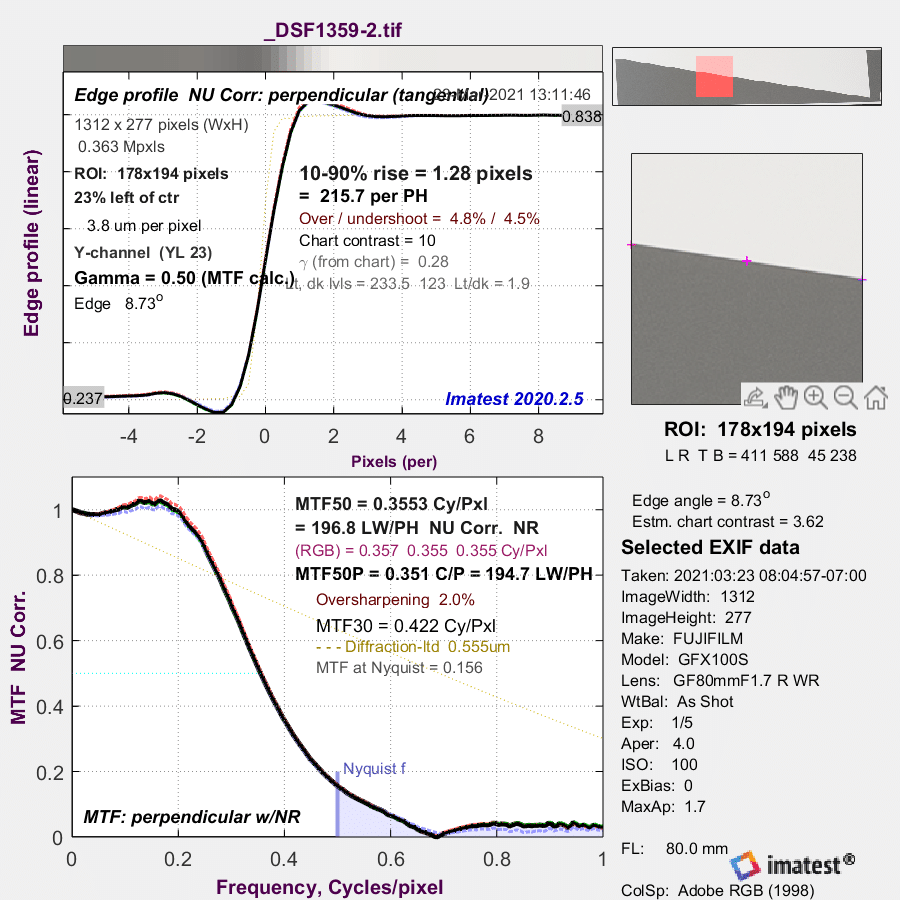 This chromatic aberration thing is going to need some more work. Is it a bug in the Fuji Pixel Stack combiner software?