I got a request to test the Fujifilm 45 mm f/2.8 on a GFX 100. I’m throwing the a7RIV with the excellent Sigma ART 35 mm f/1.2 E-mount lens into the mix for a comparison. I thought I’d do a visual test this time, and I’ve been finding images of a Siemens Star to be more informative than by foliage shots, so that’s what I used for this test. 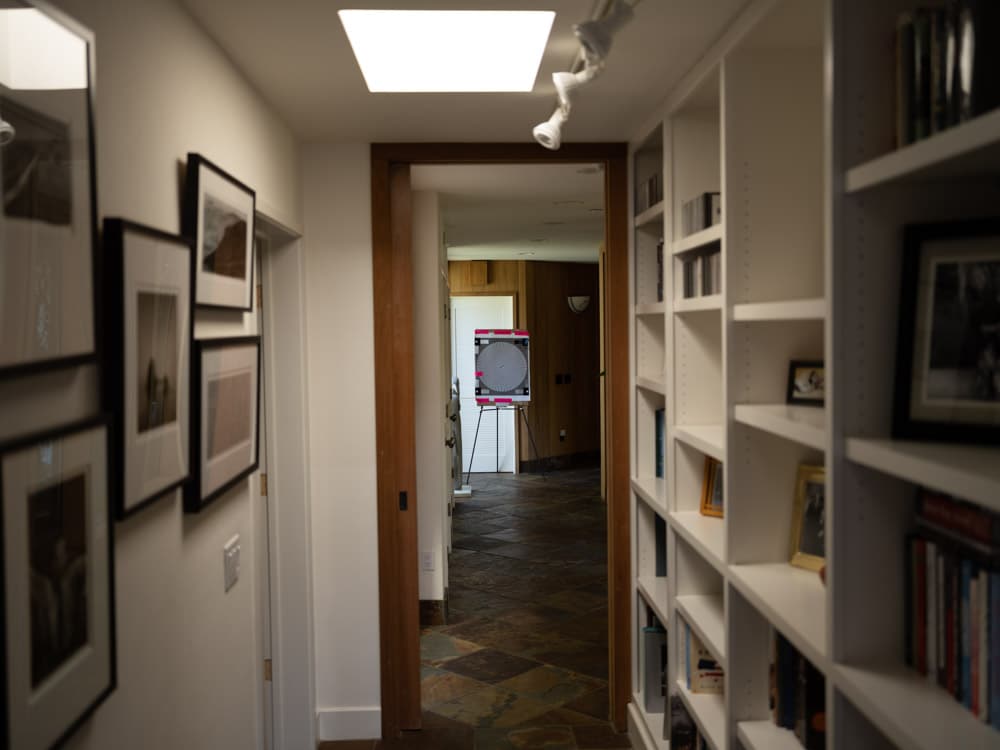 Using AF-S with a small spot size, I made three exposures with each camera at f-stops whose full-frame equivalent is f/2, f/2.8, f/4, and f/5.6. I used RRS Versa heavy duty legs and the Arca Swiss C-1. I ran the aperture sequence the the Siemens Star in the center, and in one corner. I had previously checked to see if the lenses were appreciably better in one corner than another, and found that they were not. Then I developed the images in Lightroom with the following settings:

I picked the best of the three images at each setting. When I developed the images, I found that most of the corner shots with the a7RIV and the Sigma 35 were misfocused. I went back and ran the corner shots for that camera using manual focusing. That turned out to be interesting: because of differences in sagittal and meridional performance, at wider apertures, twisting the focusing ring caused the part of the star lit up by focus peaking to rotate back and forth.

Now for some crops, normalized to image height, which makes the a7RIV get a bit more magnification than the GFX 100. Average enlargement is about 200%.

The GFX 100 clearly has more resolution, as evidenced where the spokes turn gray. Both lenses offer excellent contrast.

Hard to fault either of those.

Let’s look at the corner shots:

There is less corner falloff with the Sigma, and a bit more contrast. The Sigma looks sharper to me, but the difference in the sensor resolution makes that hard to prove. Even though I’ve tested it before, I can’t get over just how good the Sigma lens is.

Both lenses have sharpened up quite a bit.

And the last set:

The Sigma is excellent here. The Fuji is fine; remember it has a bigger sensor to cover, even though the pitch is the same.

These are both impressive lenses. The Fujifilm combination weighs only 115 grams more than the Sigma/Sony pair, so the Sigma is impressive in its sheer bulk, too.