When I was contemplating the series of posts about the GFX 100, I had many questions. I now have answers to some of them.

It’s definitely heavier than the GFX 50R, and even the GFX 50S, but it’s not bad for extended handheld use with most lenses. Forget about it with the 250, but that’s too heavy for me with the 50x cameras.

Pretty much the same as in the Phase One IQ4 150MP. The transition to high conversion gain occurs as you switch from ISO 400 to ISO 500.

No, but there’s PDAF banding.

Yes, and it’s even worse than the Nikon “cure”.

It’s certainly a big win for the 110. I’ll be testing the others.

I haven’t figured out the strategy yet, but focus shift is not calibrated out with the 110/2.

Yes. Assign that function to a button on the front of the camera.

Yes, indeed. But a bigger usability issue is that the user interface is just so different from the GFX 50R and GFX 50S, which were themselves different from each other. Going back and forth among all three cameras, as I do, is confusing.

The GFX 50x had three levels of peaking sensitivity. The GFX 100 cuts that back to two. That’s a loss. Otherwise, about the same.

Definitely faster than the CDAF in the GFX 50x. Not a patch on a modern full frame MILC like the Z7 or a7RIII.

Sad to say, the GFX 100 doesn’t follow the path set by the GFX 50x. It uses conventional analog gain through ISO 12800. There is some wierdness in two of the planes that relates to the PDAF issues of the camera: 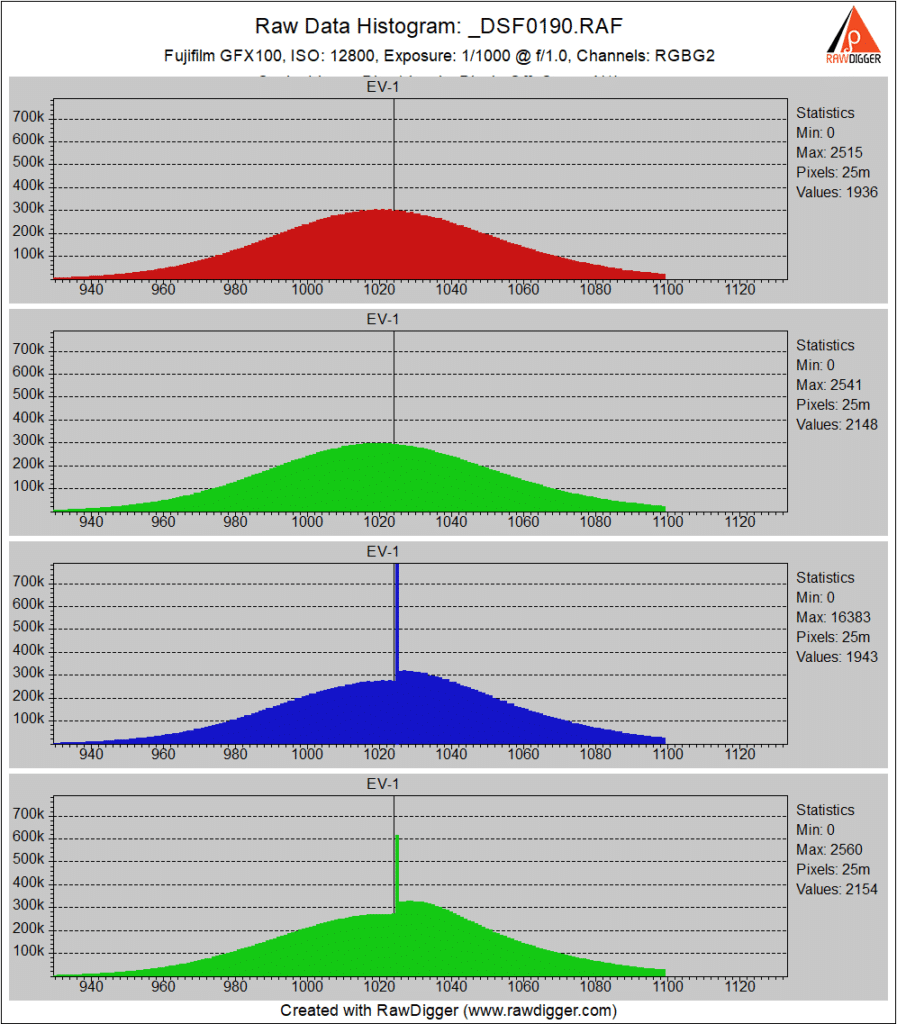 Yes, although I’ve not done a formal test.

None that I’ve seen.

Yes. But the point is about to be rendered moot with the introduction of the a7RIV, so I haven’t posted any comparisons, and don’t intend to.

Coming. I’ve put this off because this is a test I hate to perform.

I can see no evidence that they do. Take care when cleaning the sensor.

At base ISO there are, but they are miniscule.