I’ve been refining my modulation transfer function calculation protocol, with the idea of eventually testing all of the Fujifilm GF lenses on-axis at the same magnification. The protocol is capable of measuring sharpness (MTF50 only, for now), longitudinal chromatic aberration (LoCA), and focus shift with aperture. 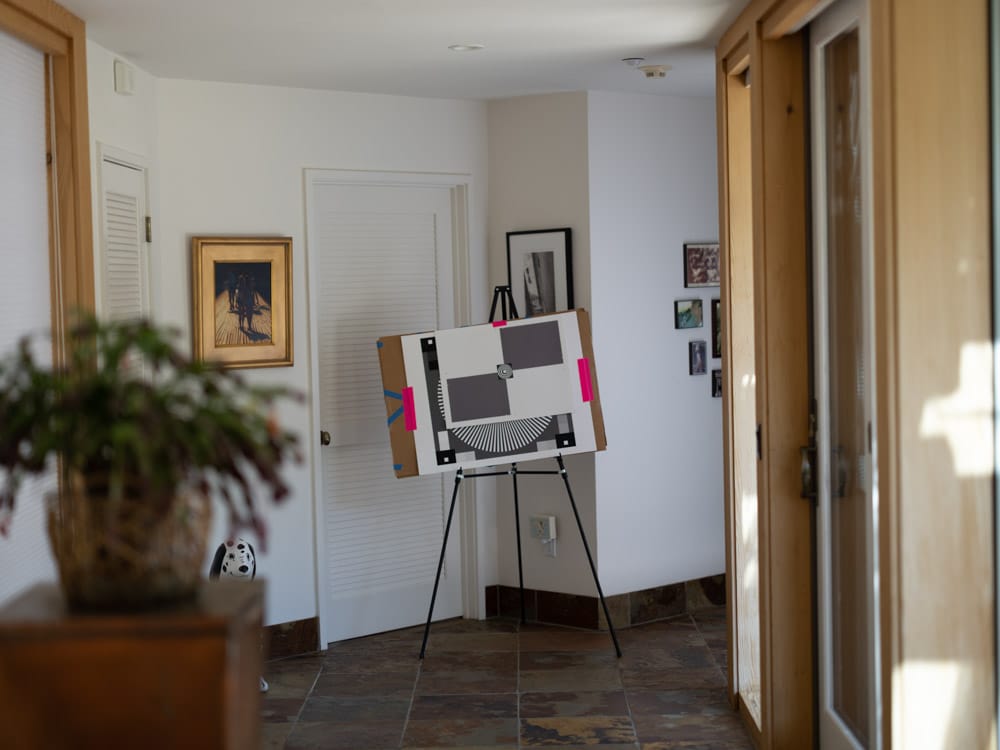 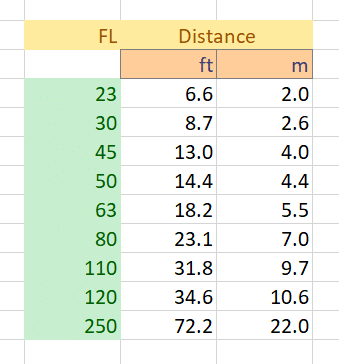 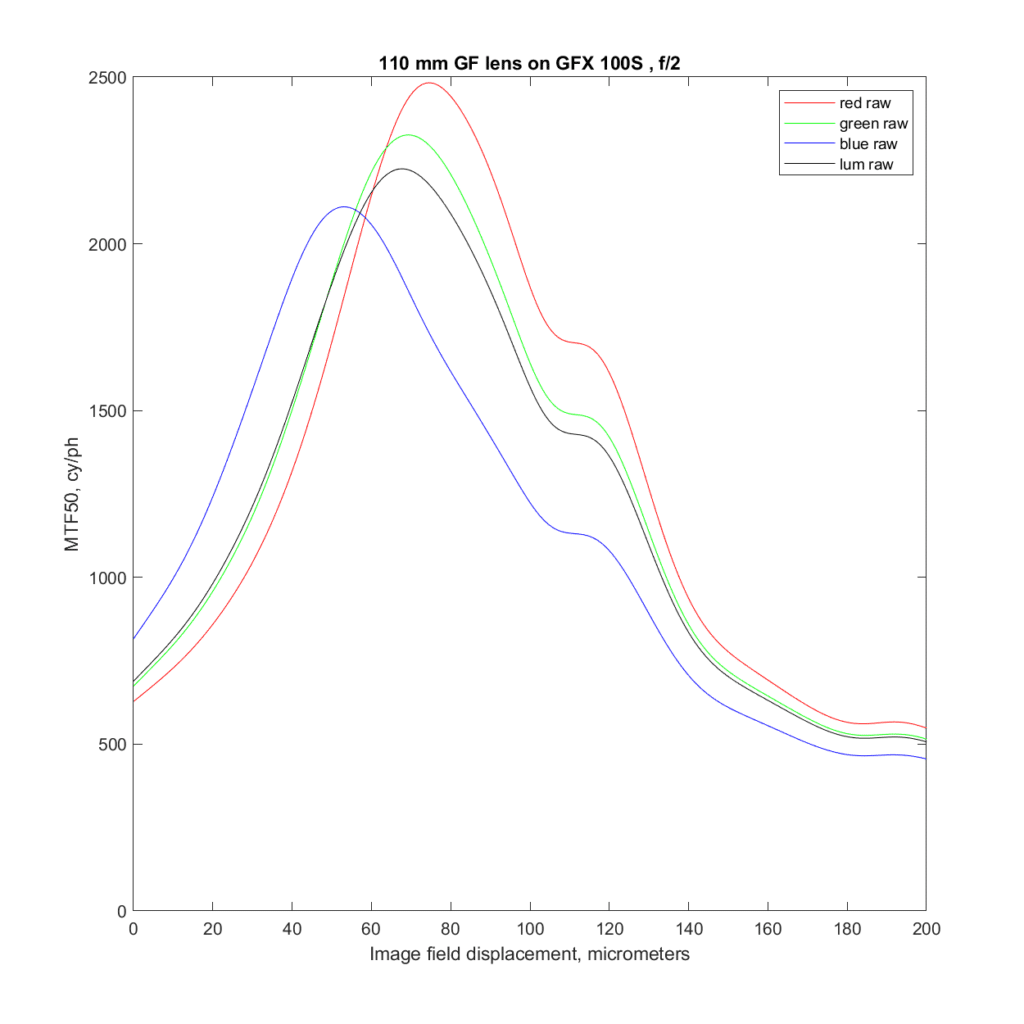 The height of the black curve at its peak is the best estimate of the sharpness of the lens that can be derived from this chart.

Ignore the bump on the right side of all the curves at about 120 um of displacement. That is the result of a glitch in the GFX focus bracketing feature. I can correct for the systematic errors that that subsystem makes, but not for the purely random ones. Luckily, it didn’t occur near the peaks.

Here are two ways to turn the chart above into a quantitative descriptor of LoCA. 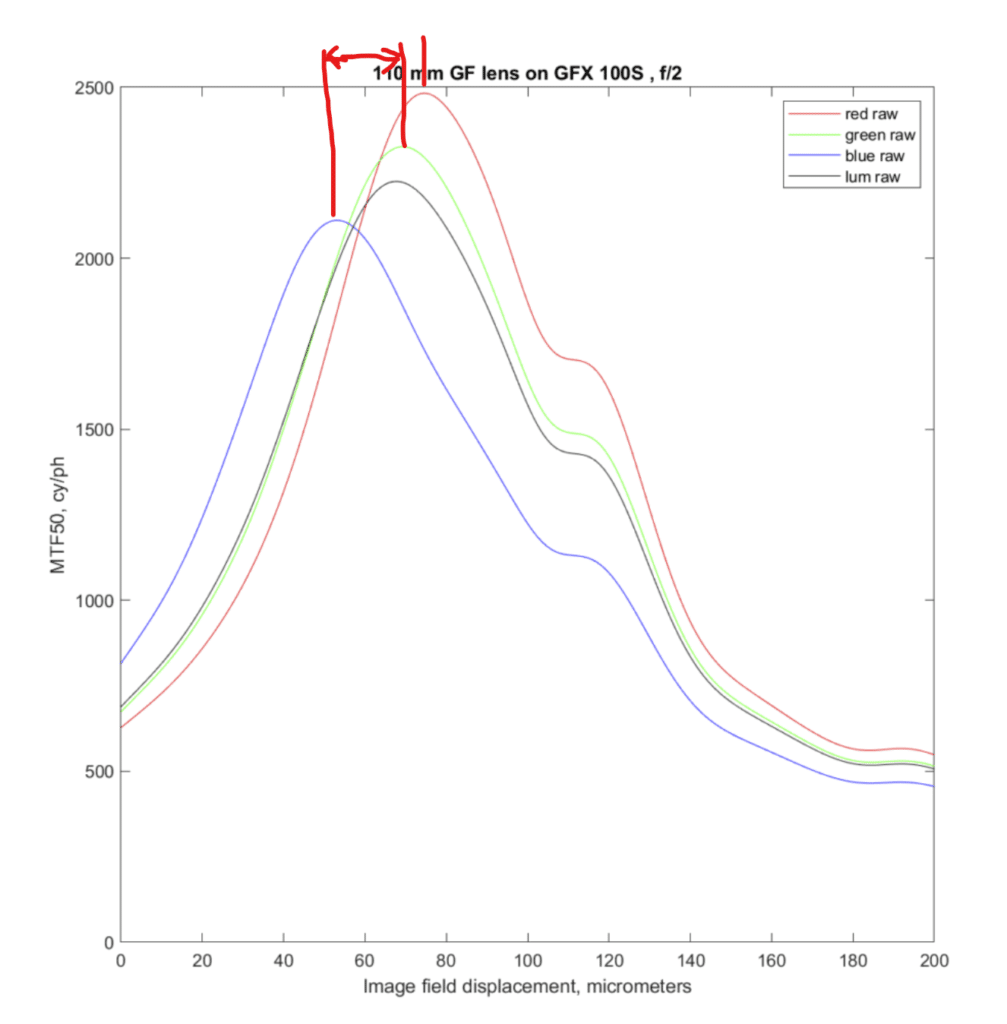 The first is to think like a lens designer and consider how the focal planes for the red, green, and blue raw channels relate to each other in the camera (image field) or at the subject (object field). If you look at the horizontal separation of the peaks above you can see that the blue plane is front-focused with respect to the green plane, and that the red place is back-focused when compared to the green plane, but by a lesser amount. The amount of the shift can be converted into the circles of confusion diameters (CoCs) when the camera is focused so that the green plane is sharp. There is about a 20 um displacement difference between the blue and the green plane, so the CoC for the blue plane with be 20 um/ 2 or 10 um. Thus there will be a faint blue outline of properly focused point sources. 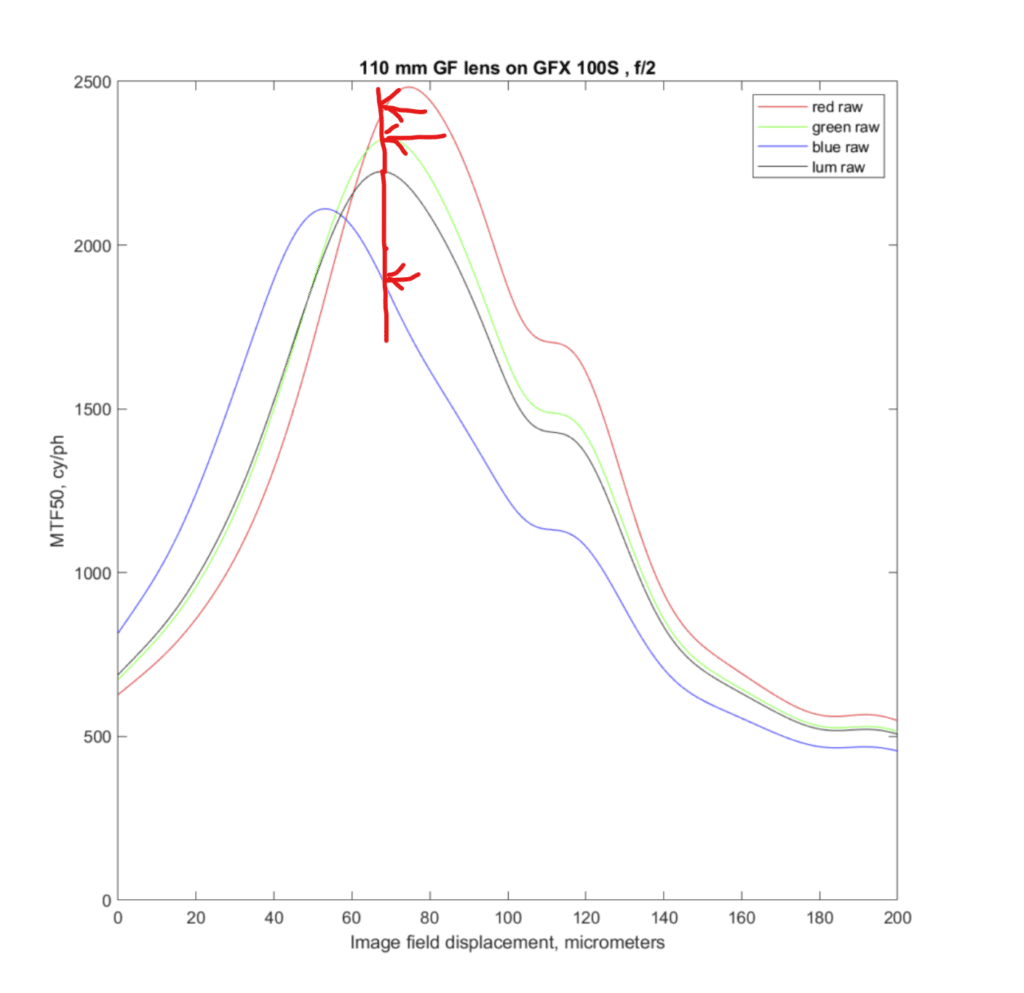 I I had to choose between the two ways of looking at the chart, I’d pick the upper one. 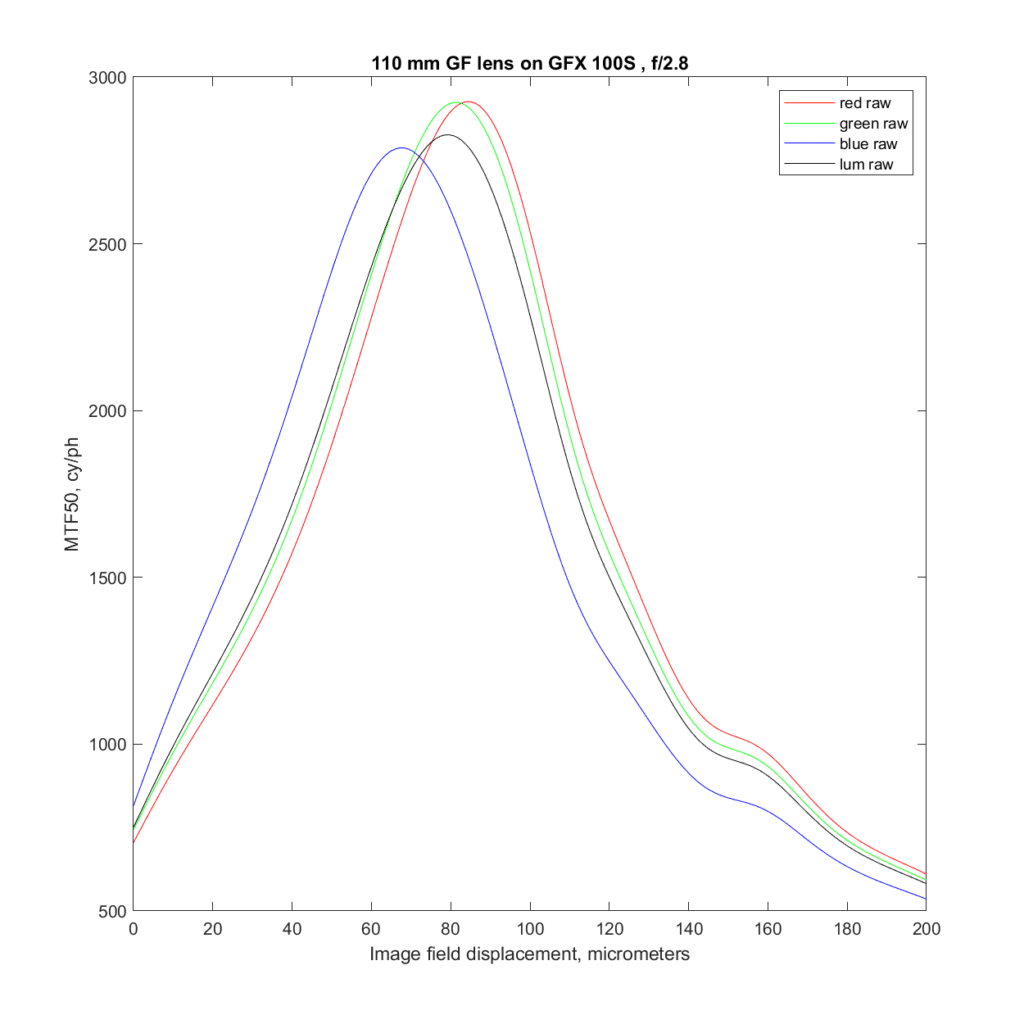 The lens is sharper. The displacement of the focal planes due to LoCA is about the same, but the CoC of the blue plane when the lens is focused at the peak of the WB raw curve will be less because now we’re diving the shift by 2.8 instead of 2. 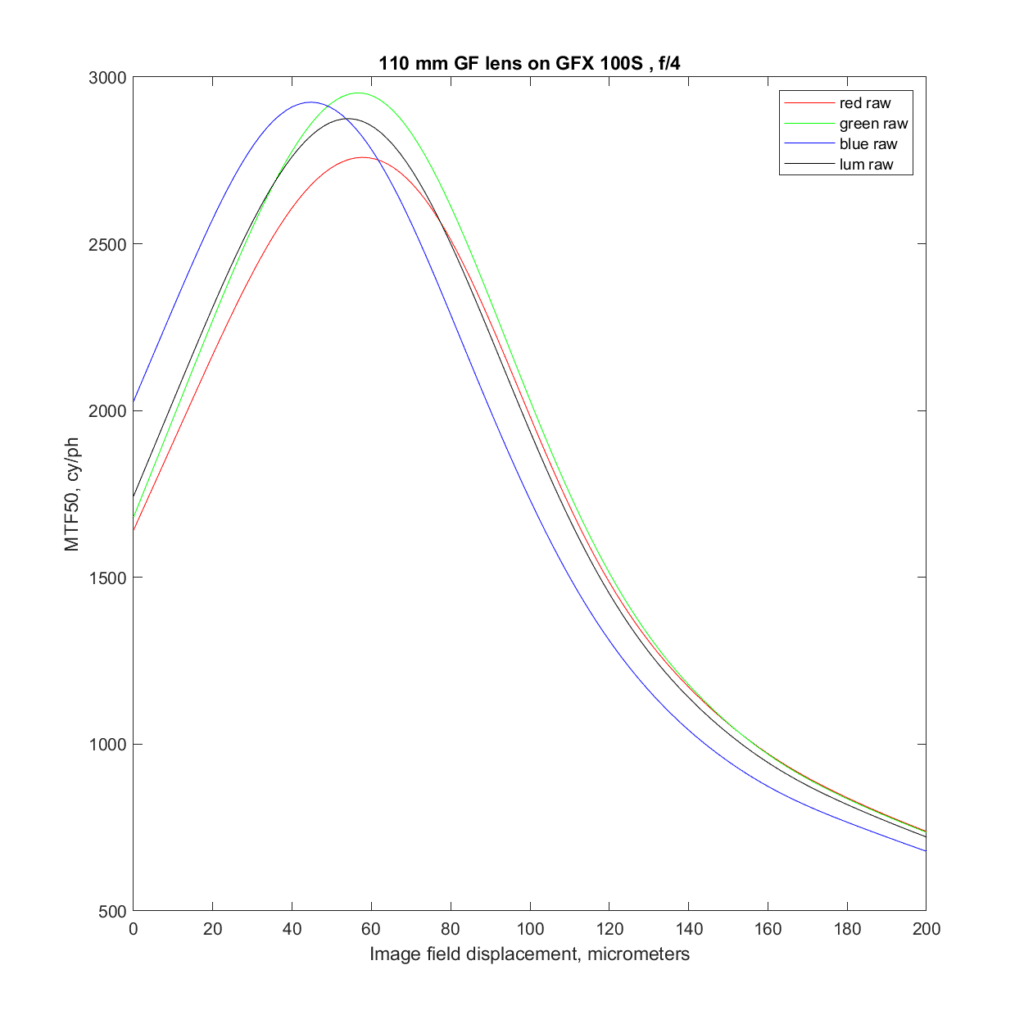 The lens is about as sharp at f/4 as at f/2.8, but you can already see the effects of diffraction. The red plane is the most affected, because diffraction is proportional to wavelength. 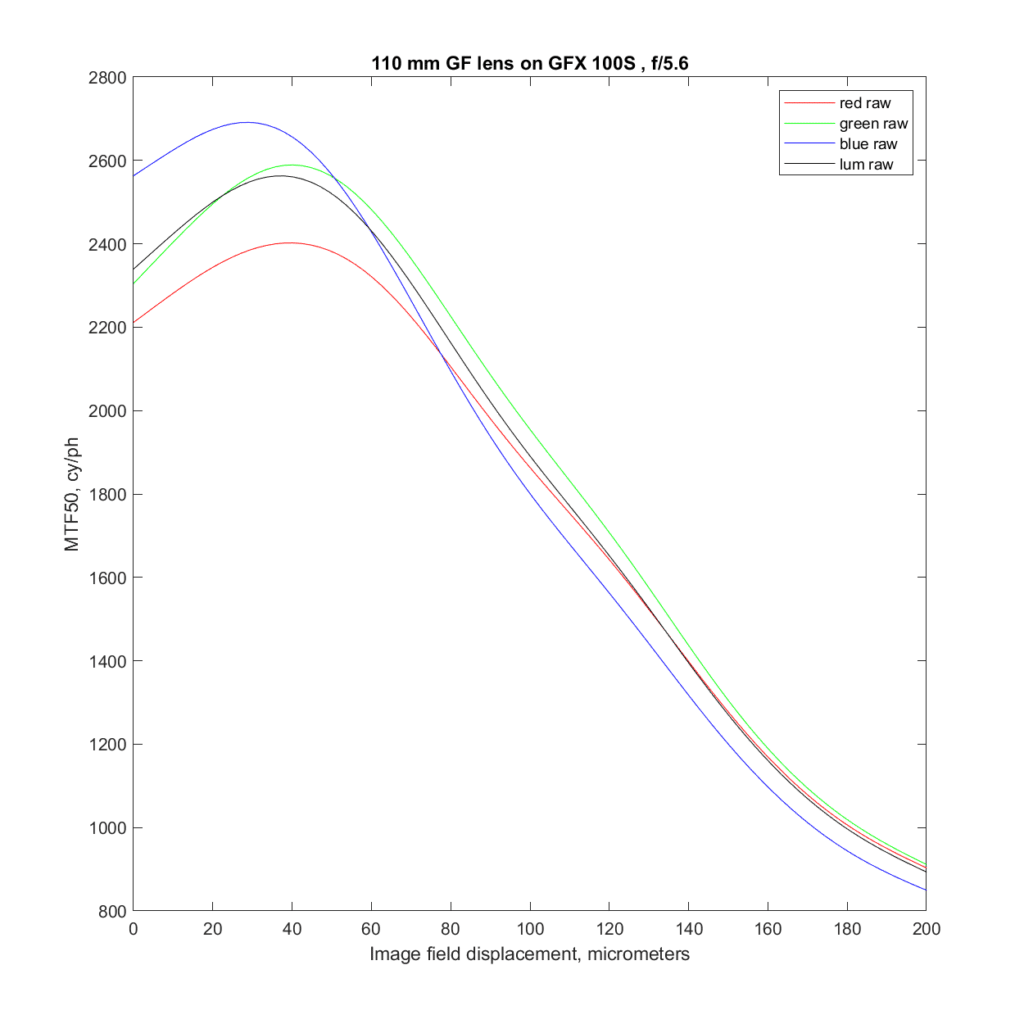 Now the green plane is significantly pushed down by diffraction, and the blue plane, which started out the least sharp, is now the sharpest. 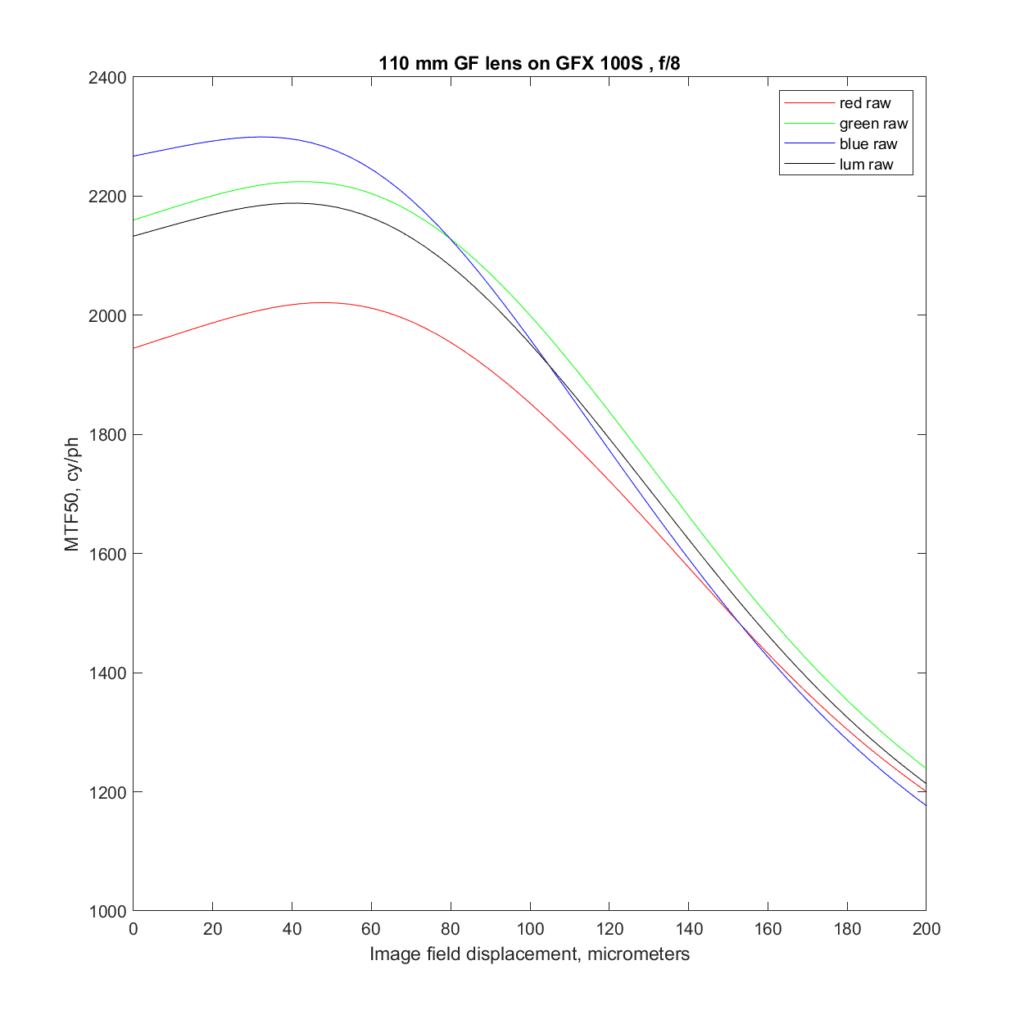 At f/8, diffraction is affecting all the planes, and LoCA is no longer an issue. 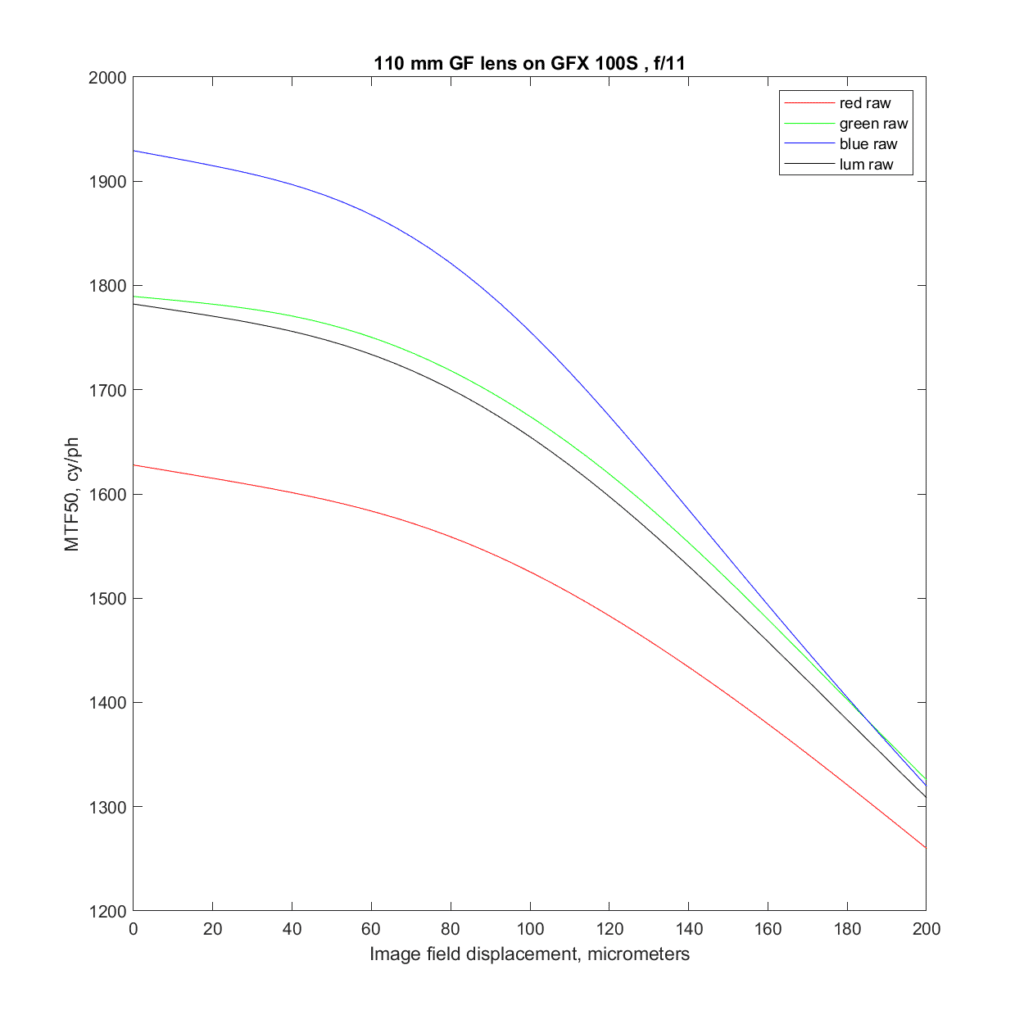