This is the 19th in a series of posts on the Hasselblad X2D 100C camera and the XCD lenses. You will be able to find all the posts in this series by looking at the righthand column on this page and finding the Category “X2D”. It’s also about the GFX 100S, so I’ve tagged it for that camera, as well.

Under most use scenarios, the X2D gets hotter in your hand than the GFX 100S. Does that affect image noise? I set up a test of the two cameras. In a 22 degree Celsius room, I set the ISO on both cameras to 1600, the shutter speed to 30 seconds for the GFX and 32 seconds for the X2D, put a lens cap on the XCD38 and the GF 30, turned IBIS on, and, using the built-in intervalometers, told each camera to make a 30-second expo0sure every 60 seconds.

For each of the raw channels, I plotted the engineering dynamic range (EDR) for a reference signal to noise ratio of zero. Under those conditions, the EDR is full scale over the RMS noise. I converted that ratio to stops. 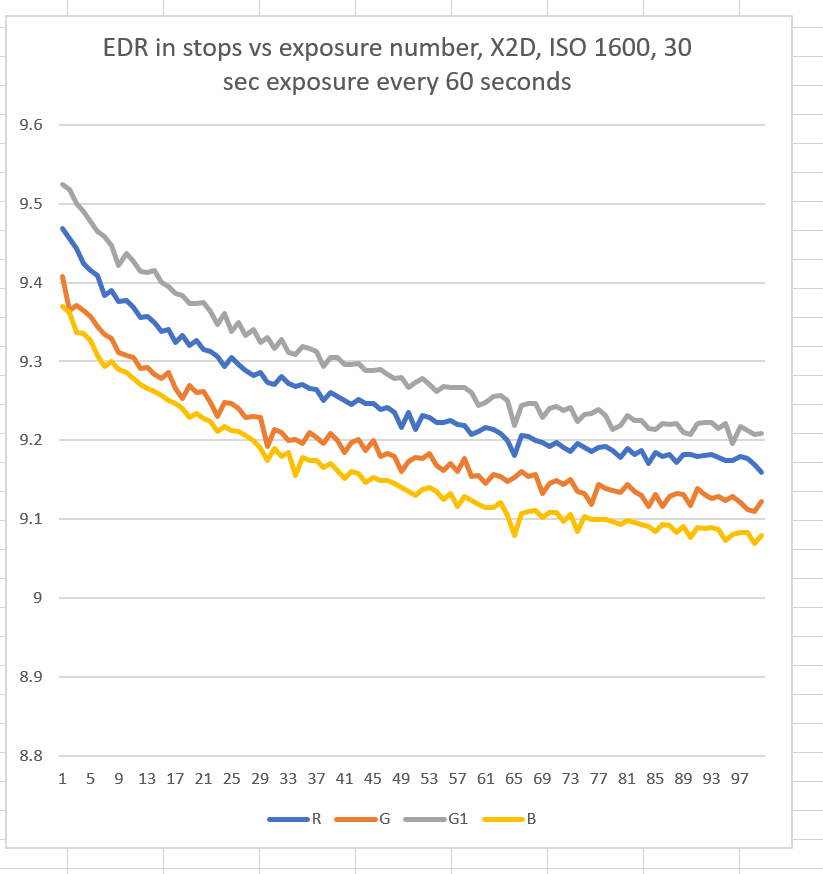 It’s interesting that, in the ‘blad, the two green raw channels have different EDRs. 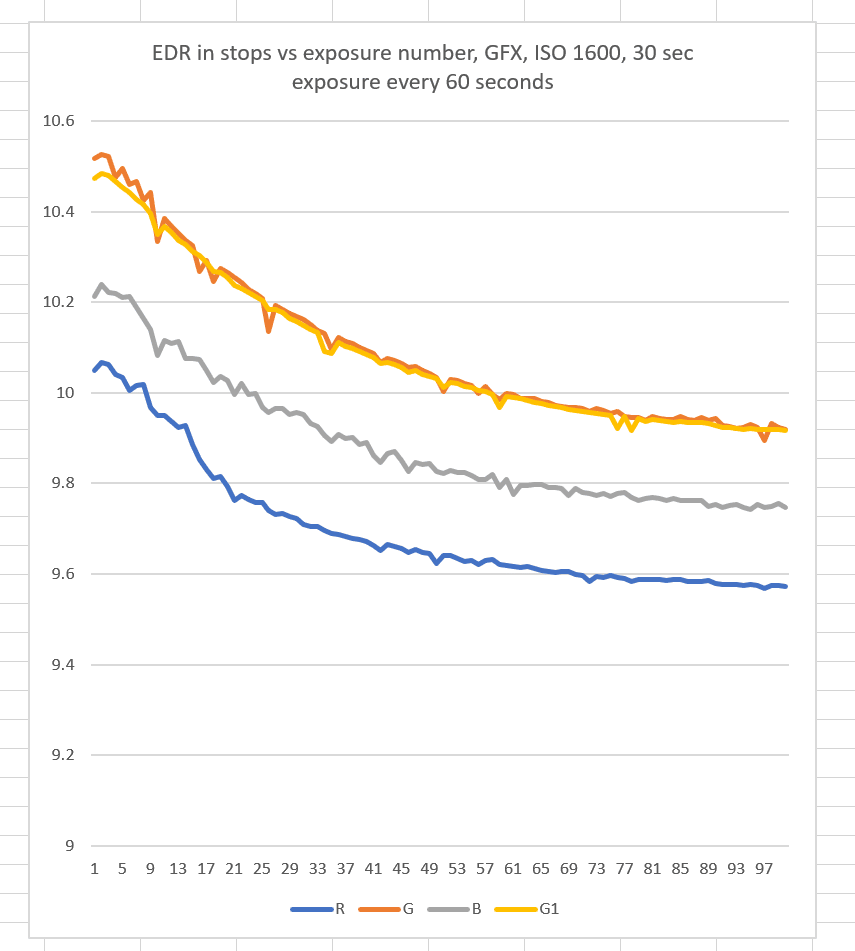 Plotting both camera on the same graph: 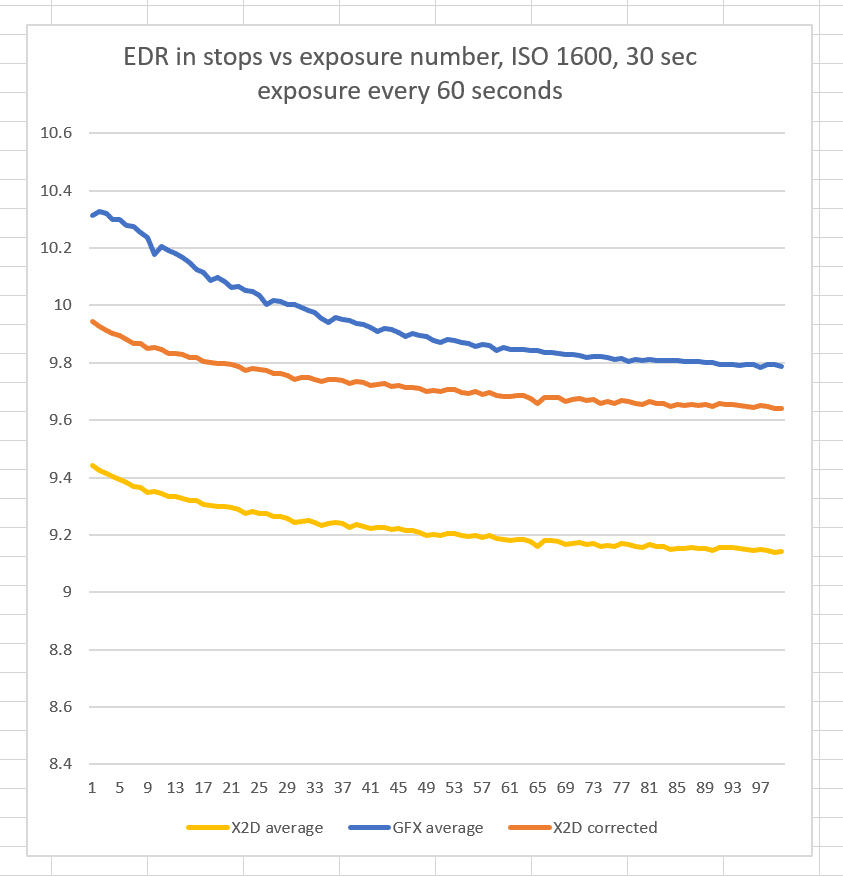 I used the average of all the raw channels for the above graph. The red line is the X2D data corrected for he difference in sensitivities between the two cameras.

The differences between the corrected XCD data and the GFX data is small. It looks like the X2D shows even less self-heating than the GFX 100S. Here’s a wild guess: that’s due to better thermal coupling of the sensor on the Hasselblad to the camera body.

I ran the tests with full batteries on both cameras. At the end, the X2D battery read 75%, and the GFX had 3 bars out of five.

In this test, the EVF’s were off. The EVF of the Hasselblad is higher resolution than the one in the GFX 100S, and may consume more power. In this test, neither camera got very hot to the touch.