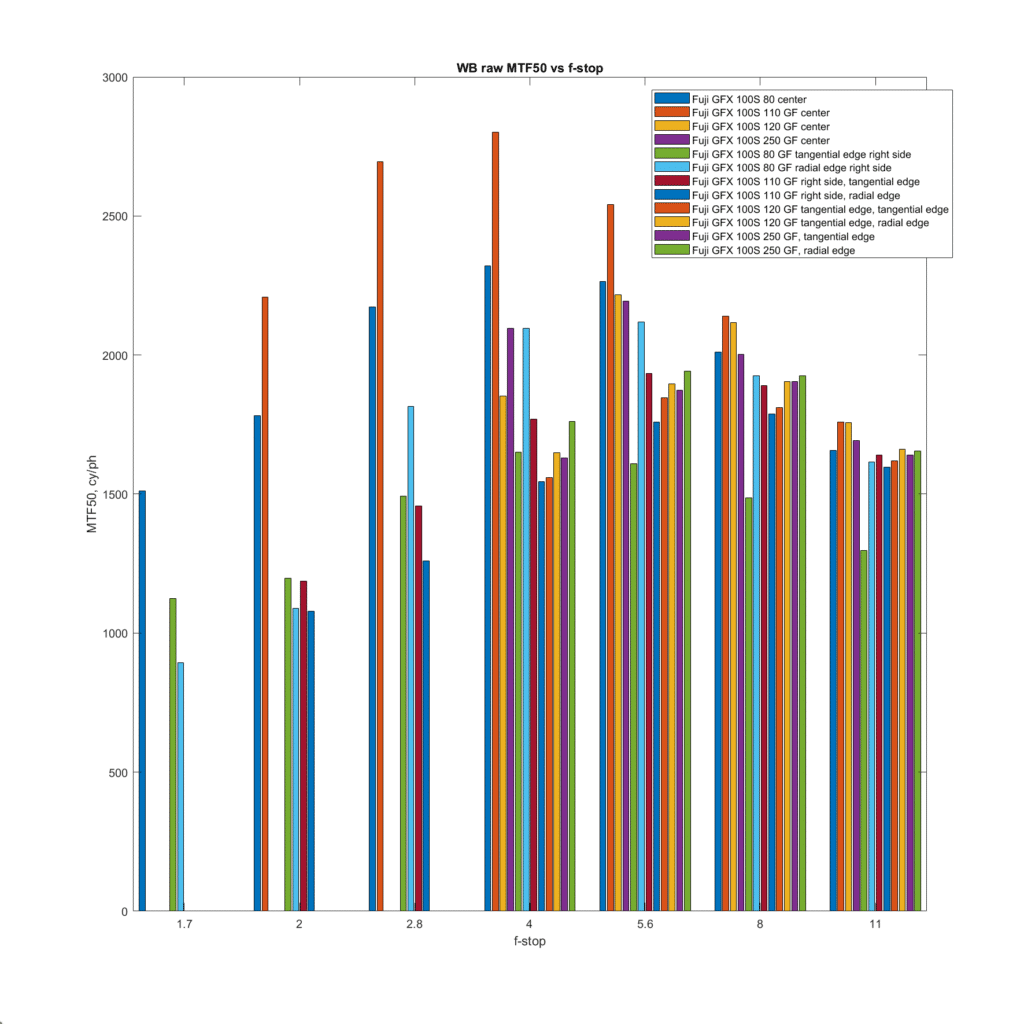 I measured the MTF50 on each of the raw channels, and am reporting on the MTF50 on a white-balanced composite of those channels, which is mostly the green channel. I tried a different ordering this time, with the center performance of each lens first, followed by the corner performance in both directions, but ordered by focal length.

Next is the microcontrast at the my personal standard of 0.25 cycles per pixel. 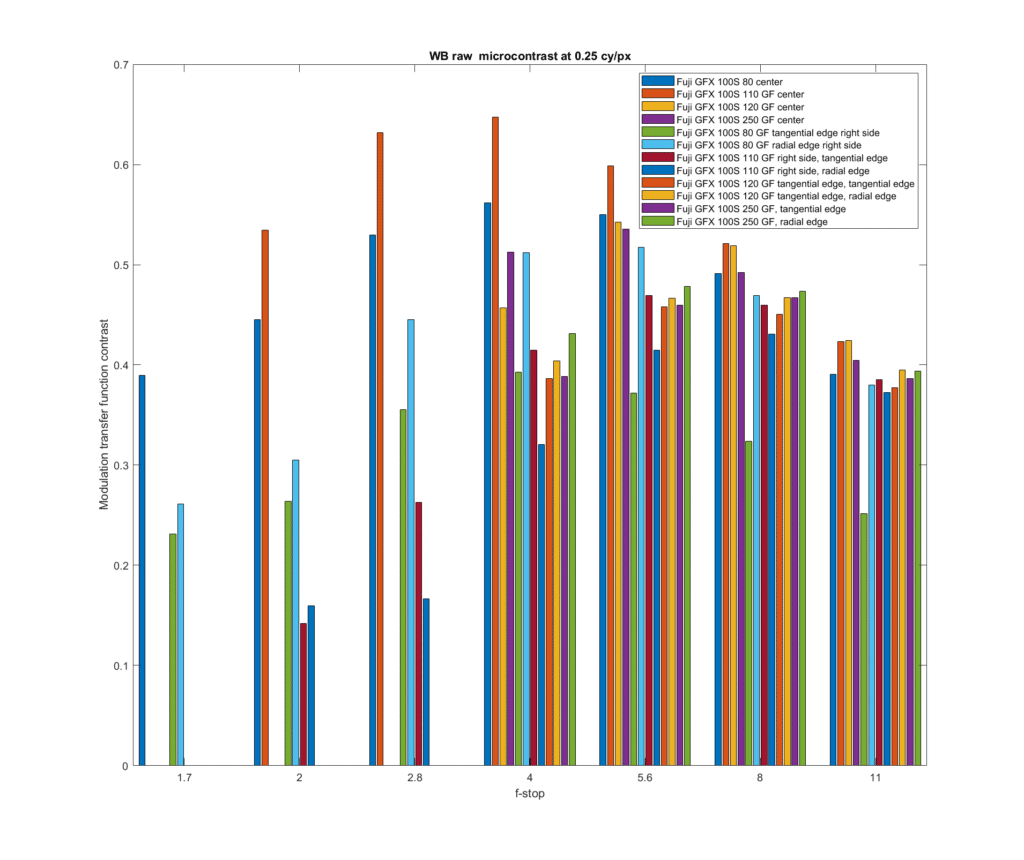 As usual, this looks a lot like he mTF%) plot.

With a tougher standard of 0.33 cycles per pixel: 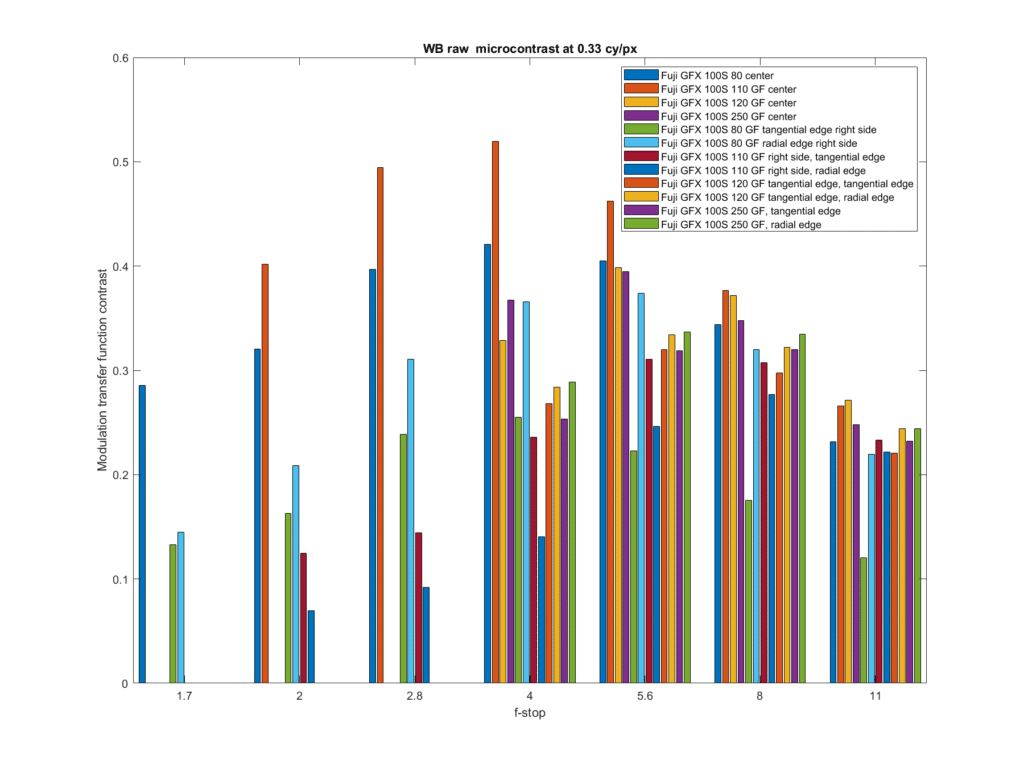 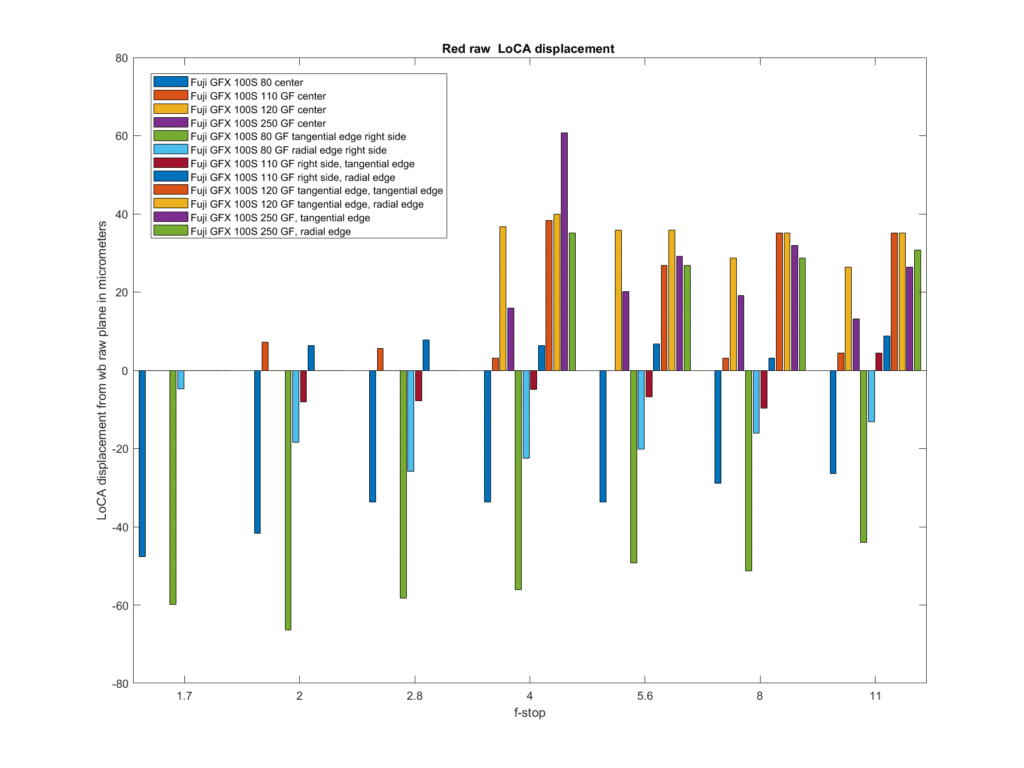 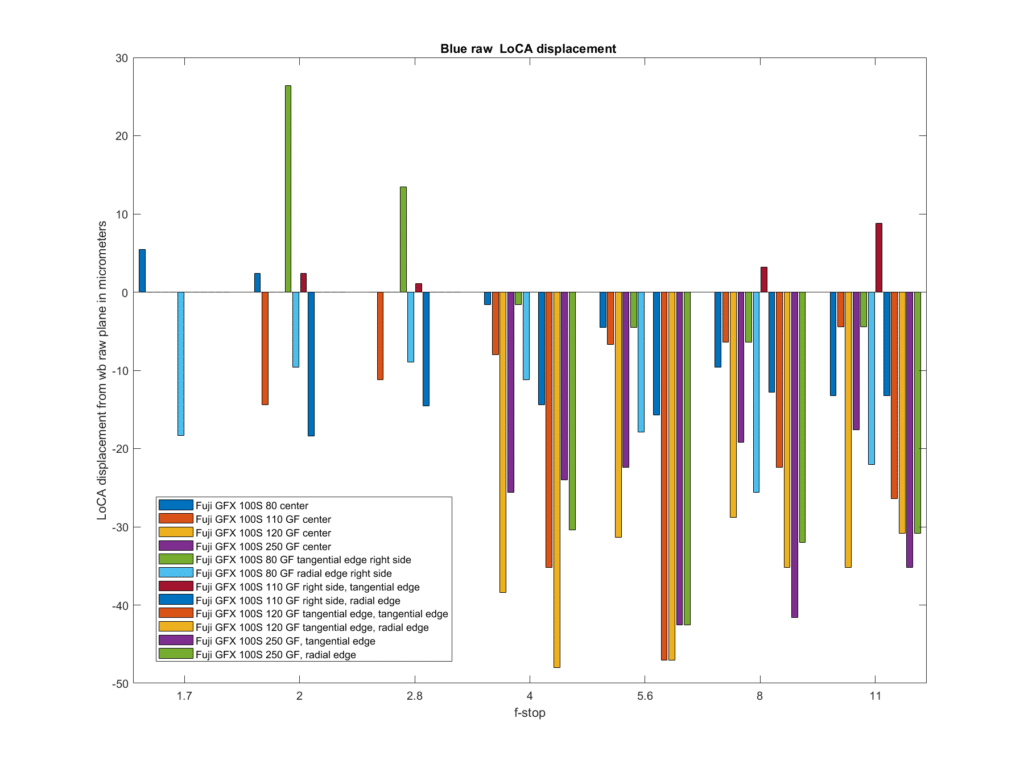