The technique that I used to obtain the images below is explained here.  I made an improvement for this set of images. I used an Astrozap artificial star for my light source instead of the LED flashlight. The artificial star is a much better approximation to an ideal point source, but it is rather dim. I moved the camera around and captured the PSFs in one quadrant, with the on-axis PSF in the upper right. I used a GFX 50S for the captures. 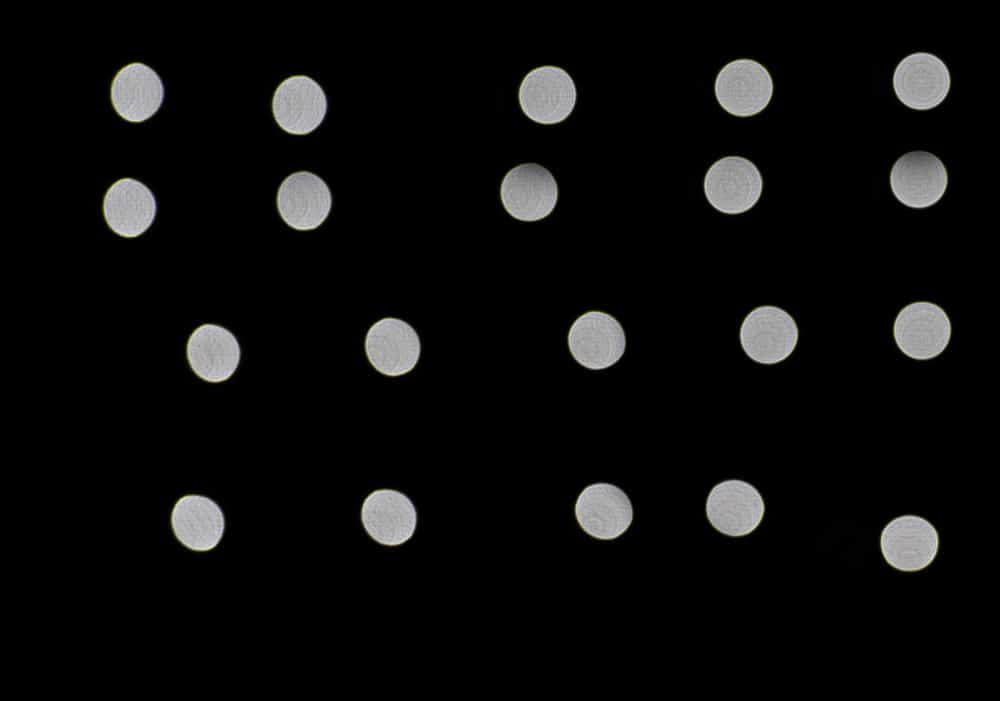 There is not much physical vignetting, which shows up as “cat’s eye” shapes off axis. There is a slight bright ring around the outside of the PSFs, which will cause the bokeh to be edgier than it would be if they were flat disks. The onion ring artifacts are minimal.

I call this reasonably good performance. Quite acceptable, considering that hardly anyone buys a wide, fairly slow lens for its bokeh.