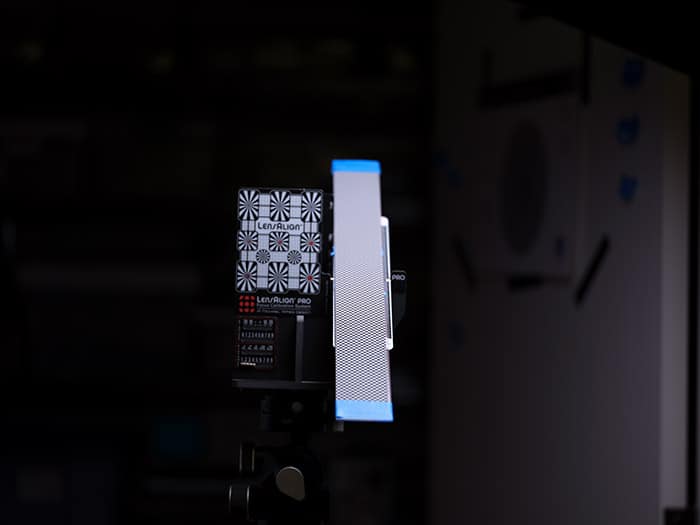 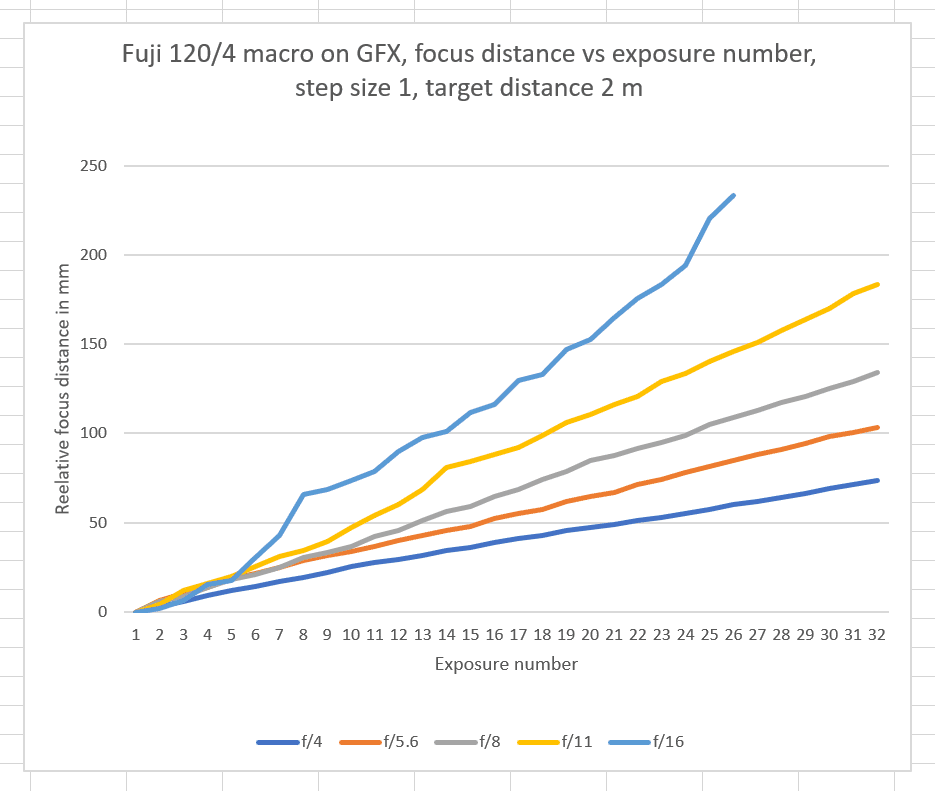 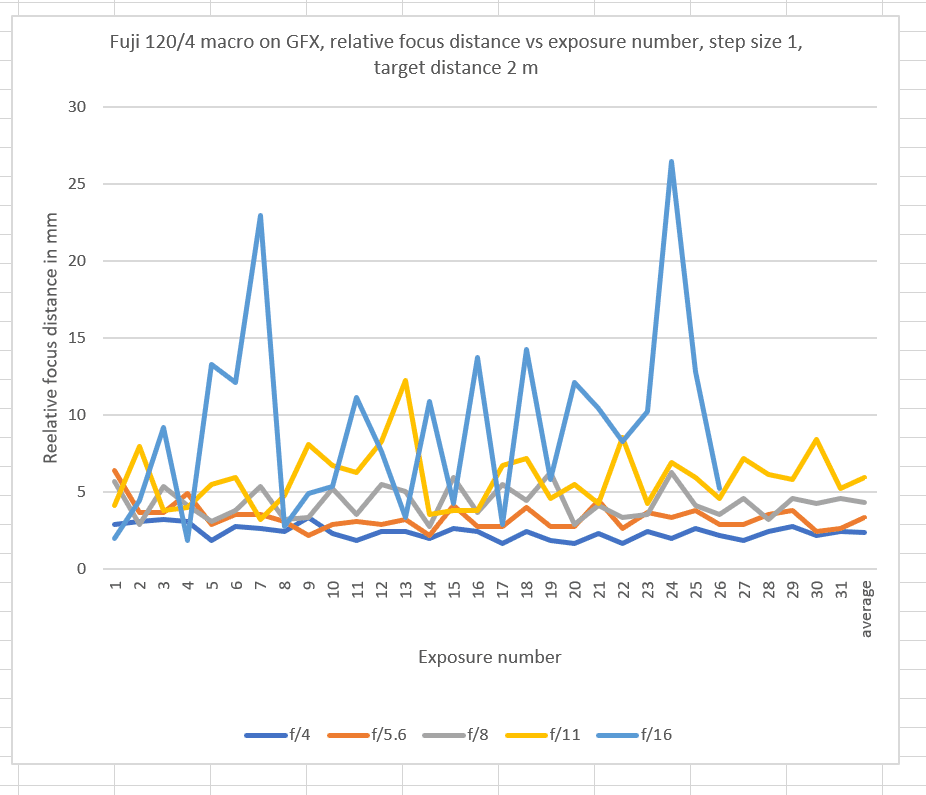 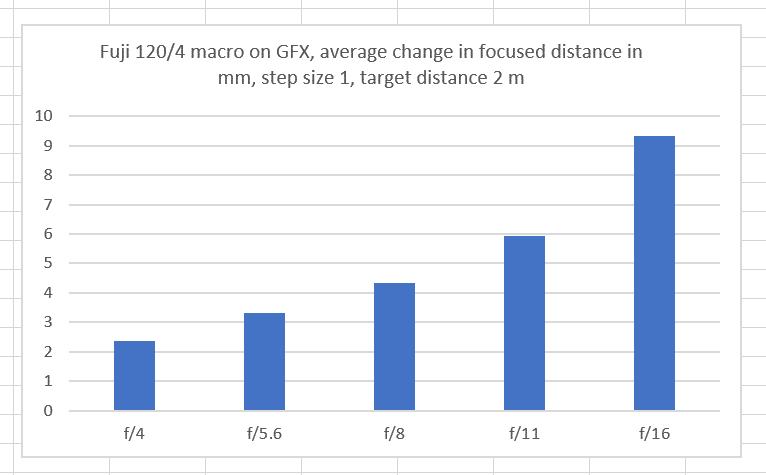 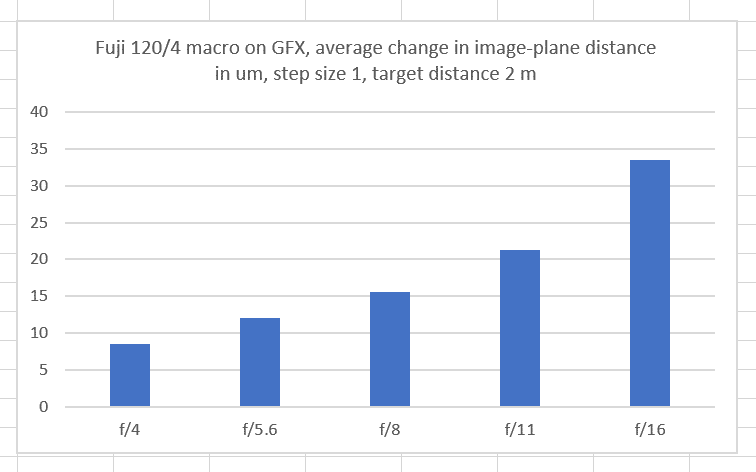 And converting that to the CoC that would result from one step assuming the lense were perfectly focused before that step occurred: 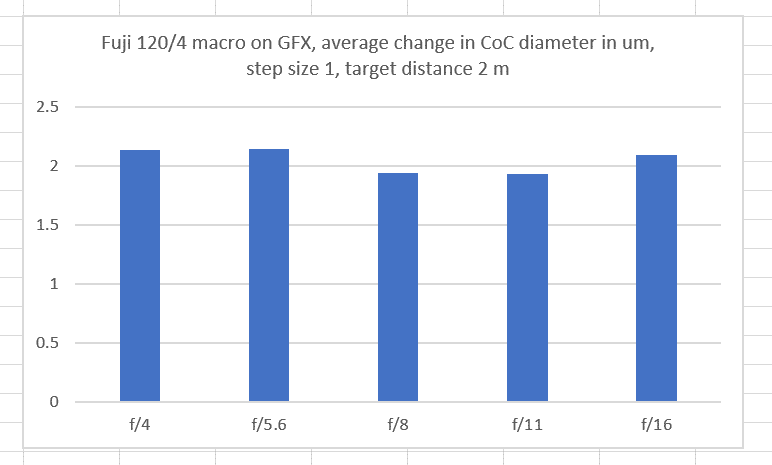 So it looks like — just as we saw with the D850 — the camera is smart enough to adjust the step size to give a constant CoC change as you stop down. This is exactly what you’d want it to do. The D850 also does that when you change focal length or subject distance. I suspect the GFX behaves the same way, but I haven’t tested that. 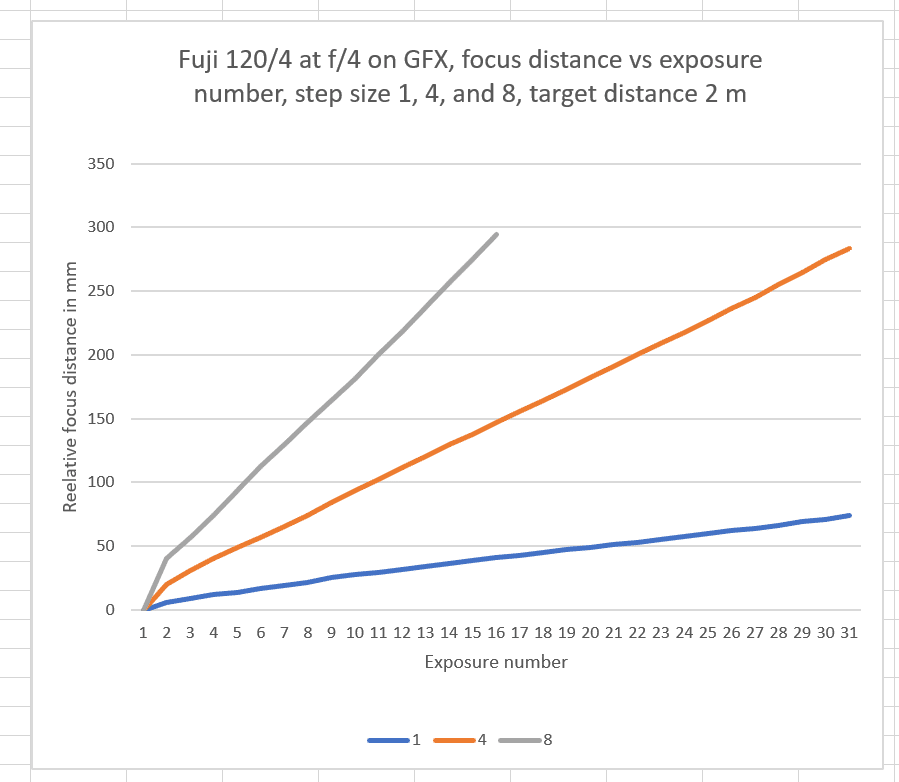 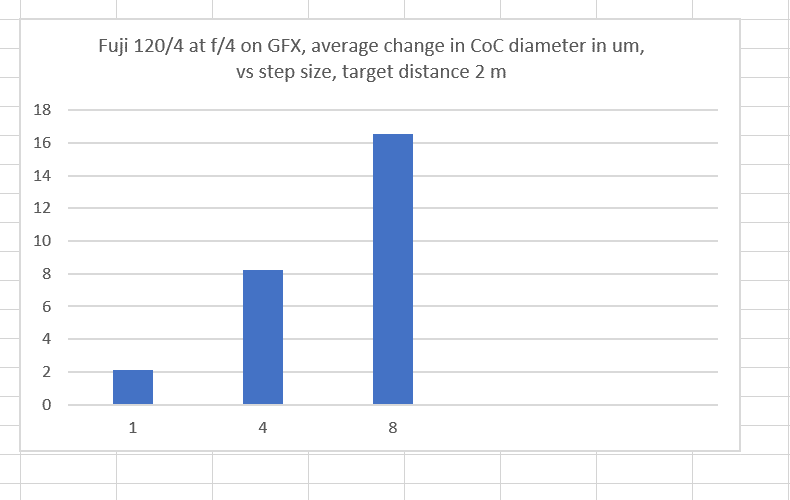