The above image is with the 110/2 wide open. The vertical direction is the shift of the focal plane with respect to the plane of the sensor. Focus distance runs from top to bottom, with front-focused at the top and back-focused at the bottom. The horizontal axis a heavily-magnified view of distance in the sensor plane. The colors are highly approximate; I just assigned the raw channels to their respective sRGB channels. There is far less longitudinal chromatic aberration (LoCA) than with the 80/1.7. 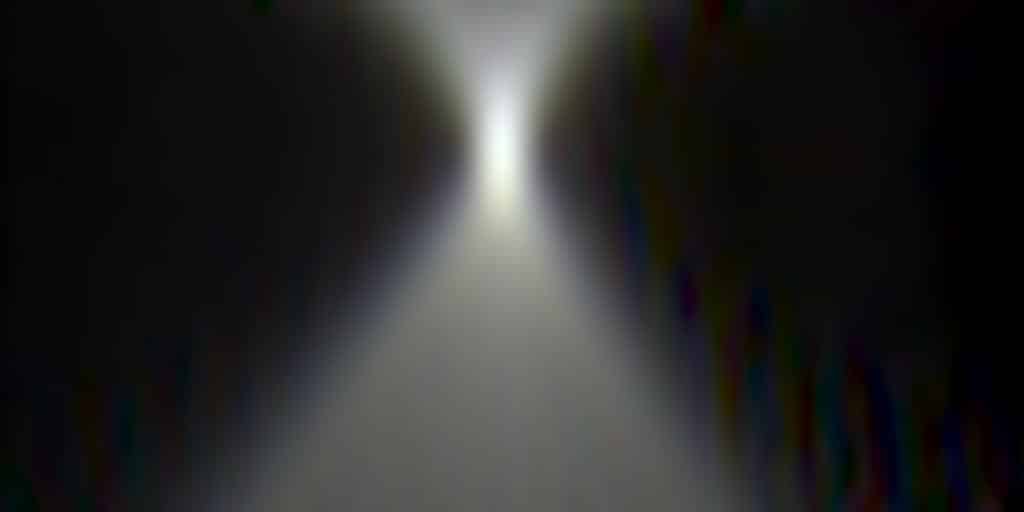 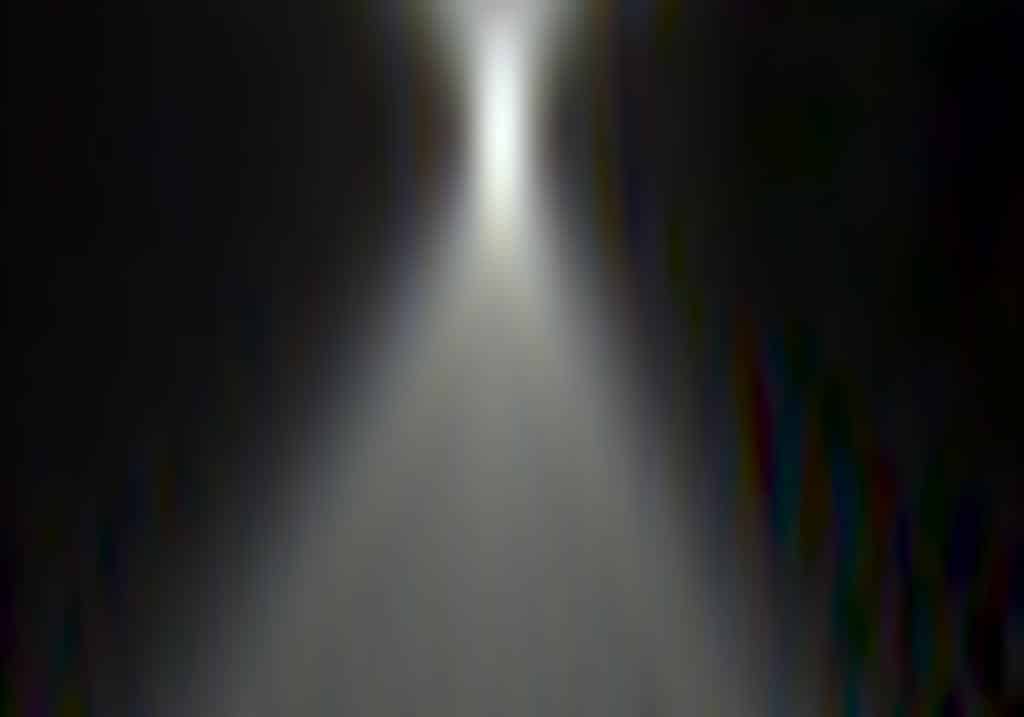 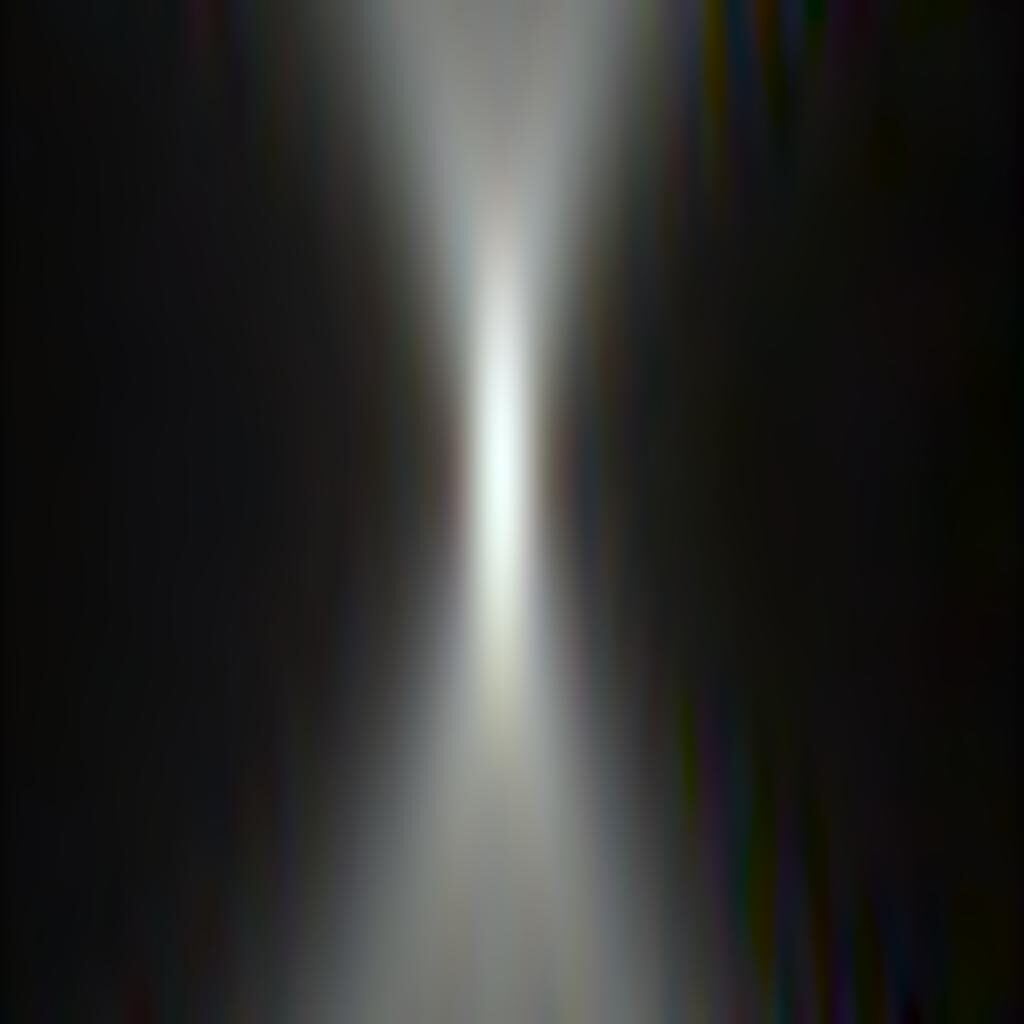 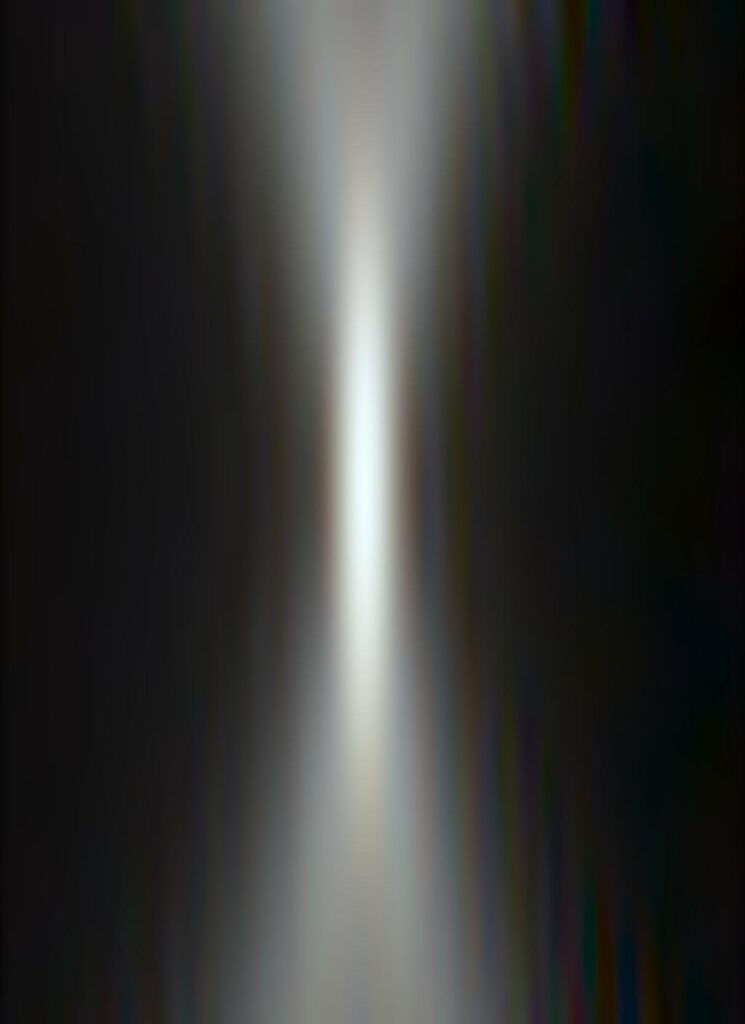 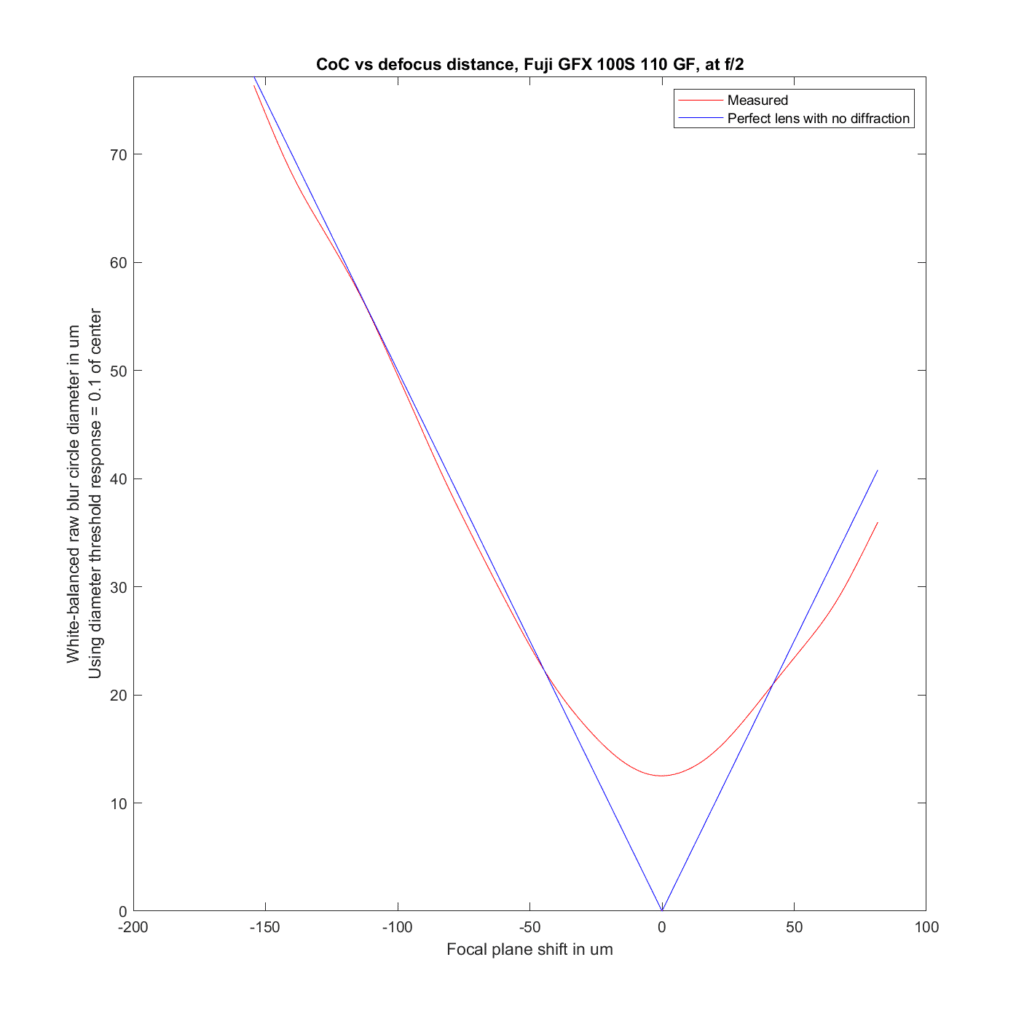 Front-focusing is on the left. Back-focusing is on the right. The CoC or blur circle diameter is the vertical axis. In a perfect lens, the blur circle diameter goes to zero at the point of focus. In this lens, it barely gets below 15 micrometers (um) in diameter. There are several reasons for that, the ones that I think are the most important are the small lens aberrations, combined with the pessimistic formulation for the blur circle metric for the measured case. Agreement with the ideal case is pretty good. 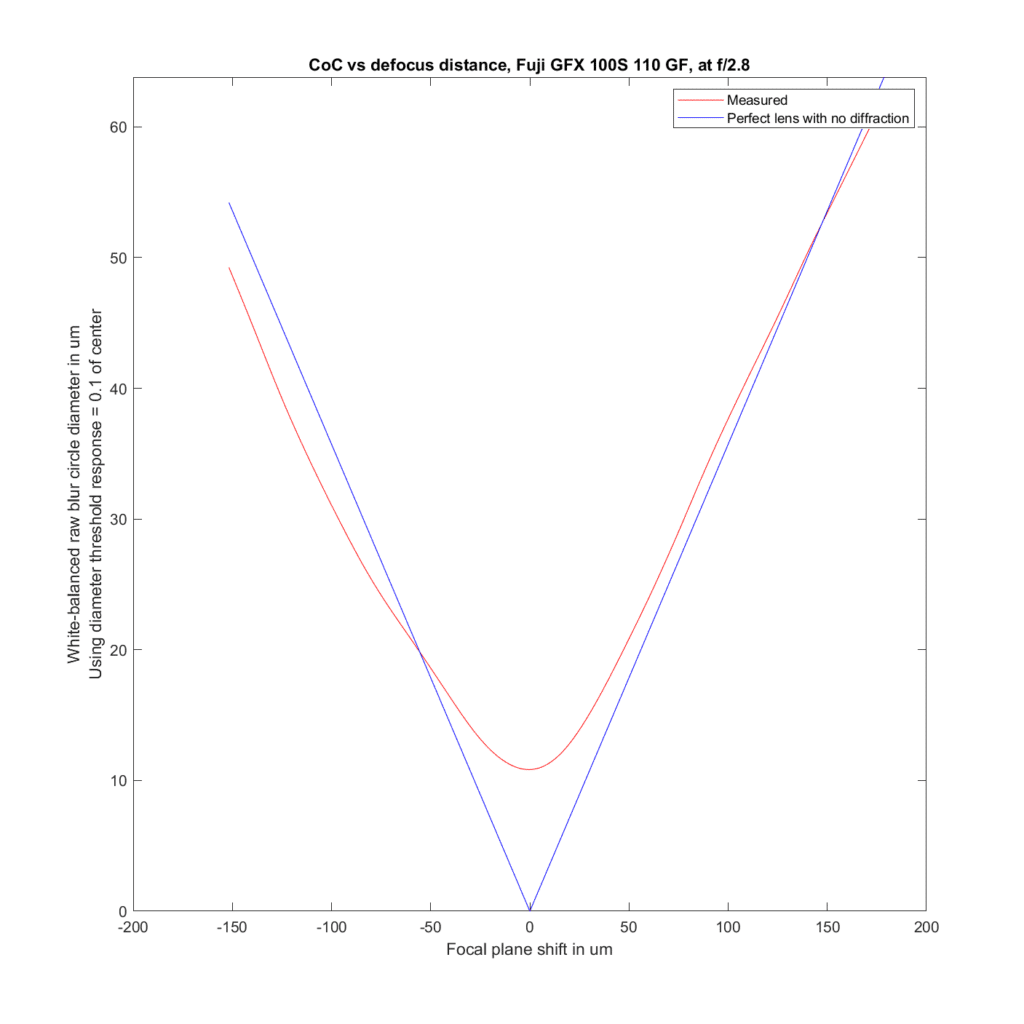 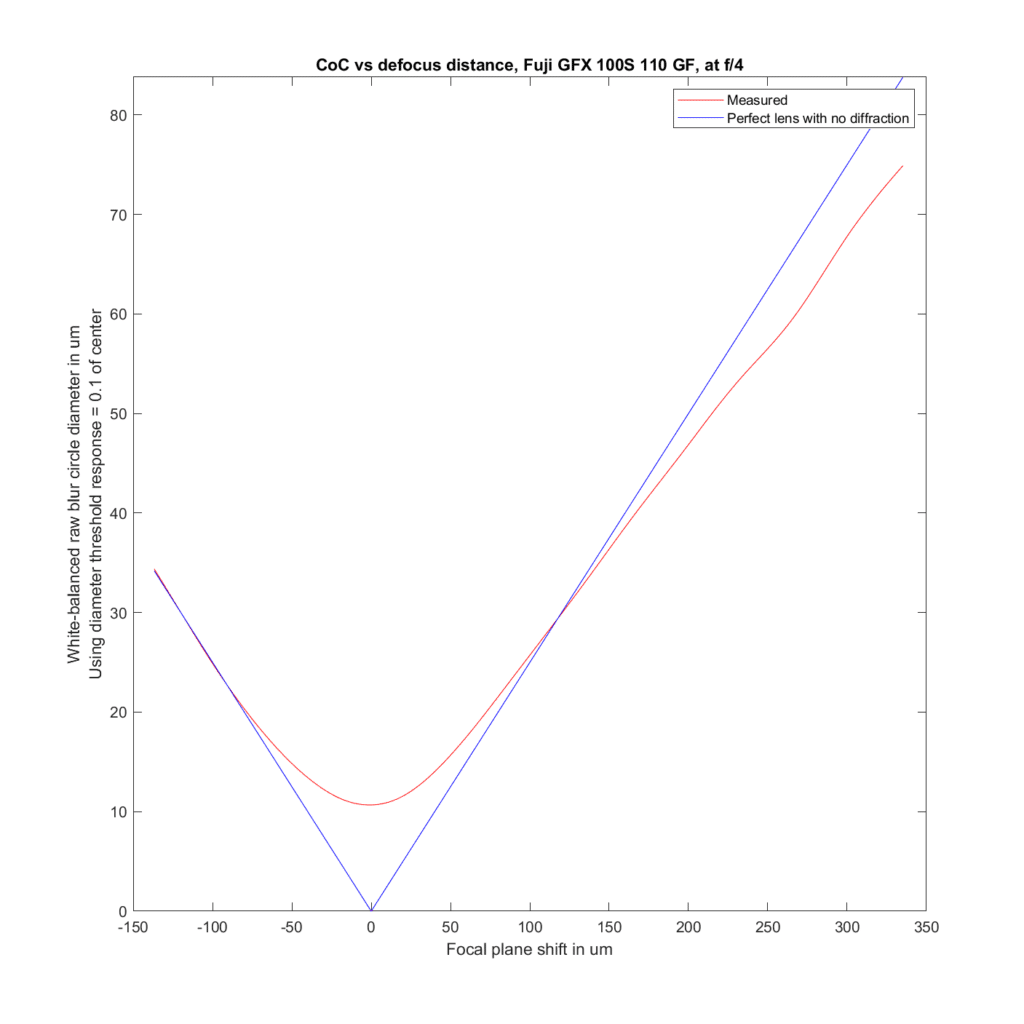 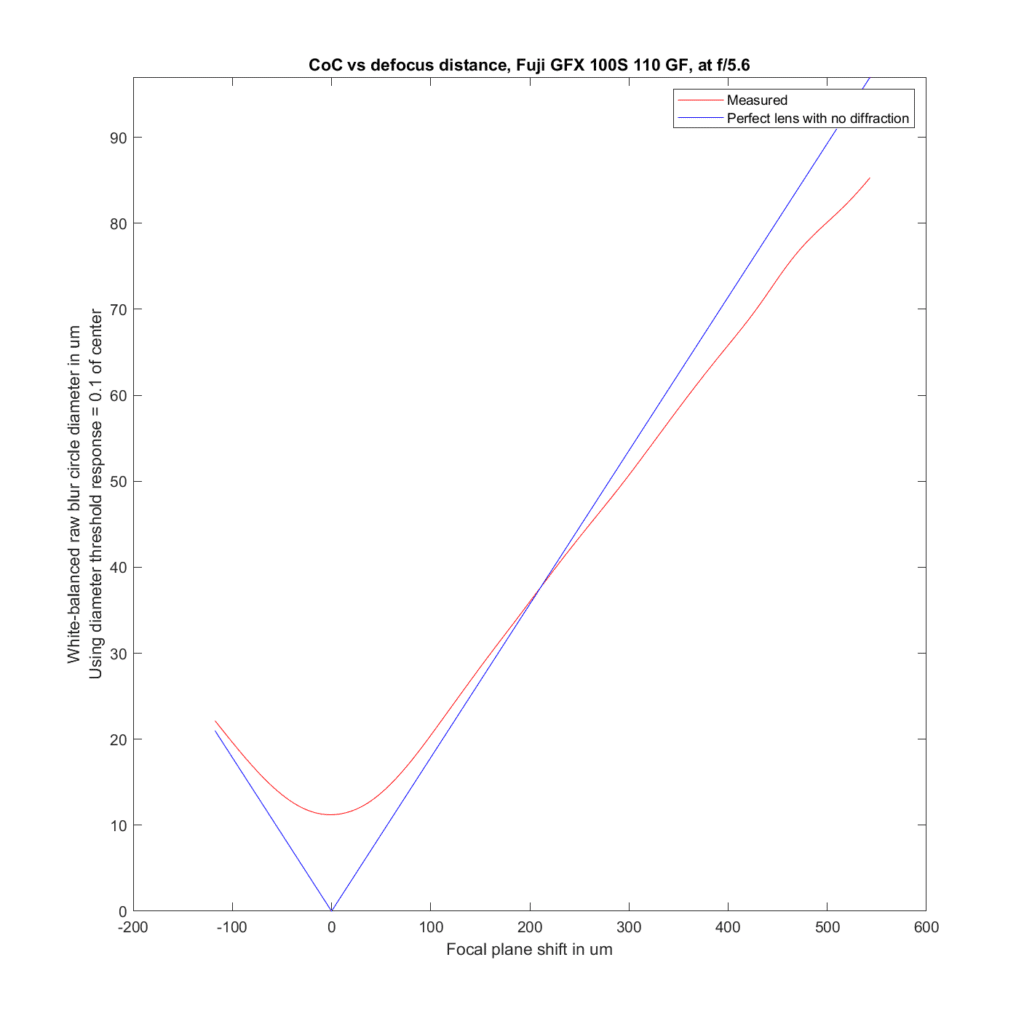 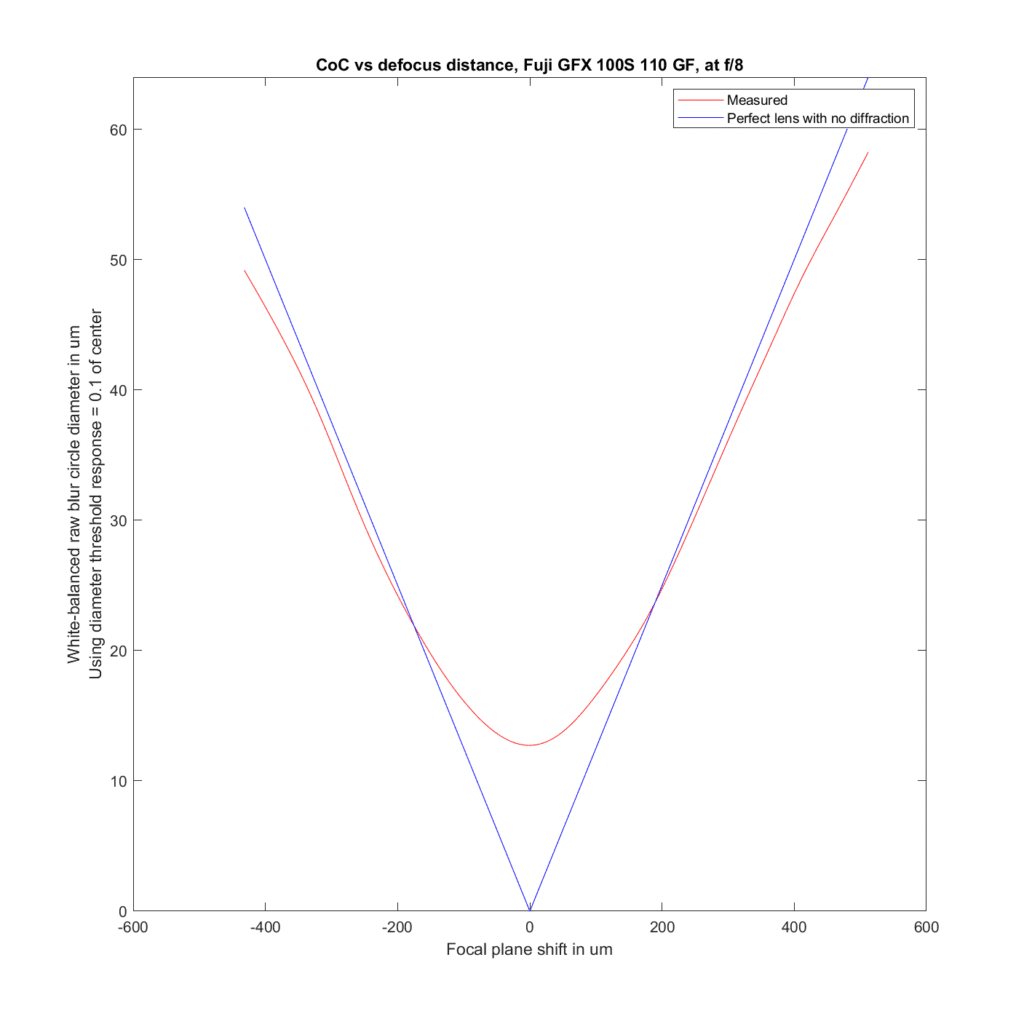 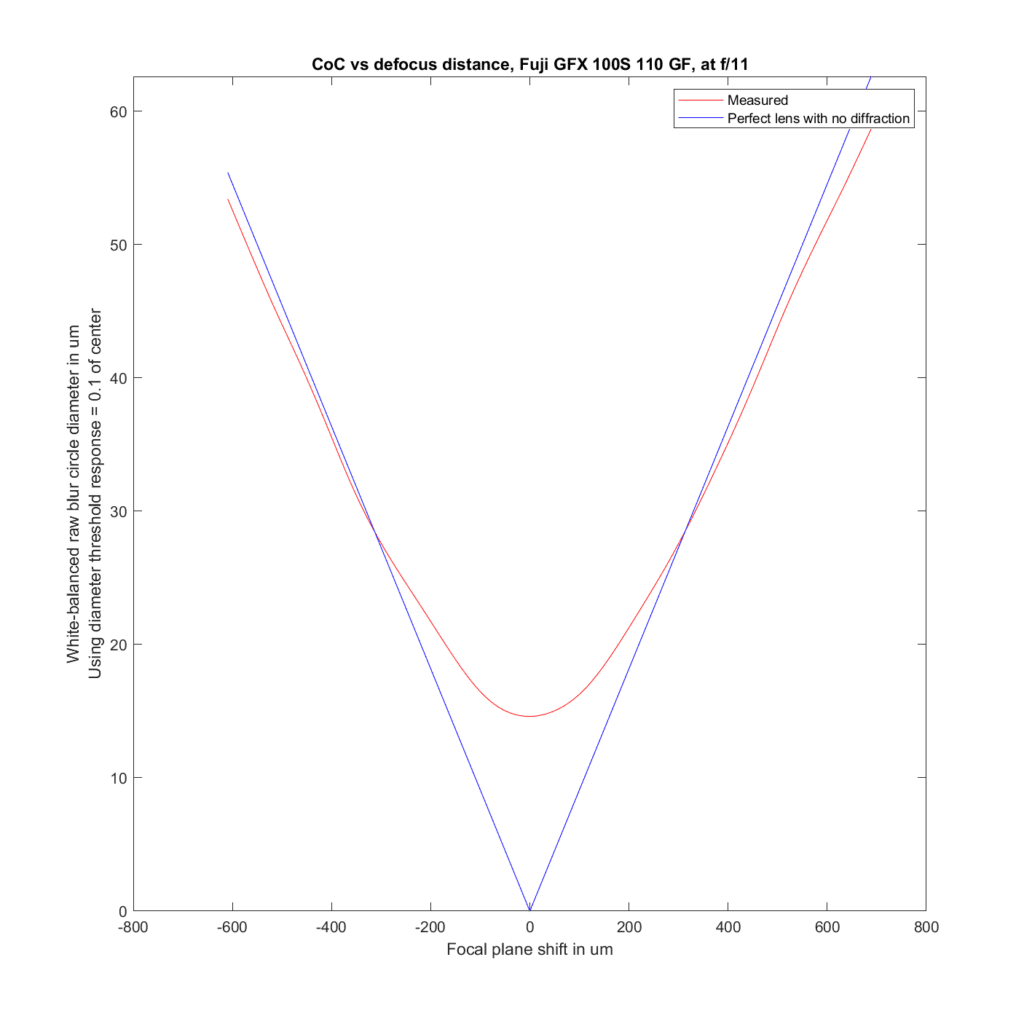 Away from the focal plane, agreement with geometrical optics is good.