I have long published out-of-focus point spread functions (OOF PSFs) for lenses, since it’s a good way to learn the far-OOF bokeh characteristics of a lens. Here’s a set of OOF PSFs from the 50 mm f/1.8 Nikkor-S.

Marianne Oelund has taken that a step further, and looked at PSFs as the lens is progressively defocused. I thought I’d take a leaf from her book and give that a try with the Nikon 50S on a Z7. I used an Astrozap artificial star for the target, and the Z7’s focus shift shooting (FSS) feature for the focusing, with the star in the center of the field. 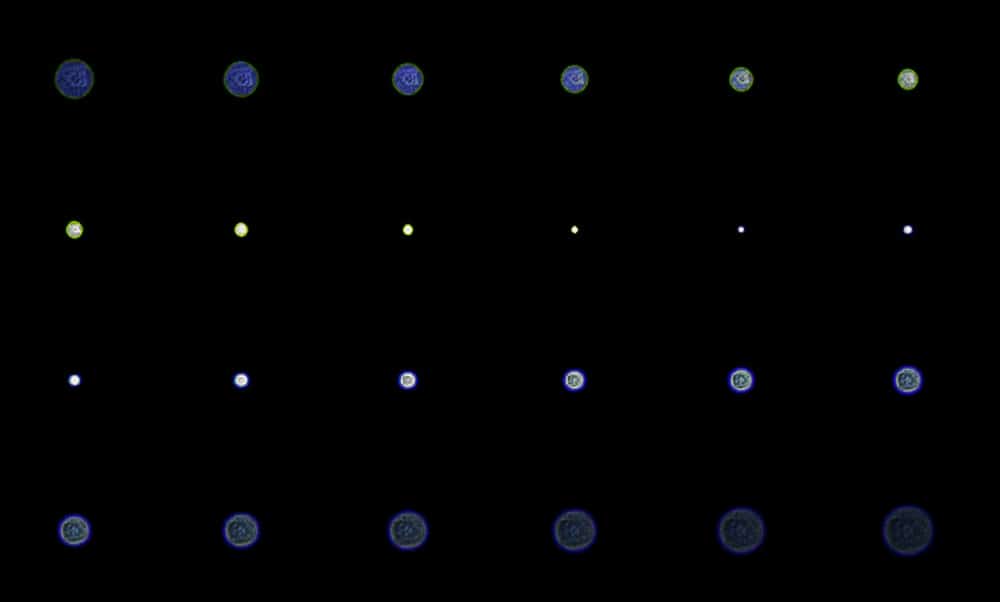 The closest-focused image is the one at the upper left. Focusing is progressively moved further away in steps that move the image at the sensor by about 90 micrometers. Perfect focus is not achieved, but the next-to-last image in the second row is closest. White balance, exposure, and the raw processing was the same for all the images, and the darkening of the further OOF PSFs is what you’d expect since the same amount of light energy is being spread over a larger area.

What can we learn from these?

First off, there is a bright ring around the further-OOF images. We’ve seen that before. But now there’s an interesting asymmetry: the ring is more pronounced when the lens is back-focused than when it’s front-focused. It’s also a different color: When the lens is front-focused, it’s green, and when it’s back-focused, it’s bluish, but appears weaker. I suspect that the relative weakness is due to the characteristics of the human eye, which is much more sensitive to green light than blue light.

We can also see longitudinal chromatic aberration, with the close-but-no-cigar front-focused images green and the near back-focused ones blue.

Here’s what happens when you place the star off-axis, in this case almost all the way to the left-center edge of the frame: 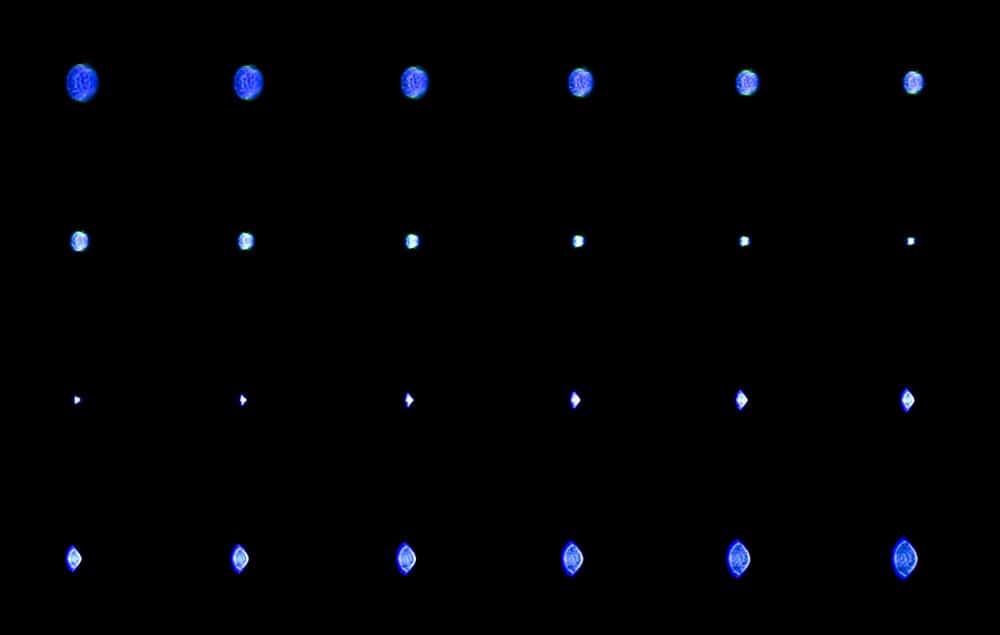 Now the shape of the PSF is quite different when the lens is front-focused (top two rows) than when it is back-focused in the bottom two rows. There is not much coma for front-focusing and a comet-lookalike for the barely back-focused images. There is astigmatism that shows up in the orientation of the greenish parts of the periphery.

I’d like to perform the same sort of test with another lens. I think the Nikon 58 mm f/1.8G would be an interesting candidate.