There have been some uncomplimentary things said about the Nikon 50 mm f/1.8 S bokeh.

The technique that I used to obtain the images below is explained here.  I made a change for this set of images, which I think is going to be an improvement. I used an Astrozap artificial star for my light source instead of the LED flashlight. The artificial star is a much better approximation to an ideal point source, but it is rather dim. I moved the camera around and captured the PSFs in one quadrant, then mirrored and assembled them in Photoshop. I used a Z7 for the captures. 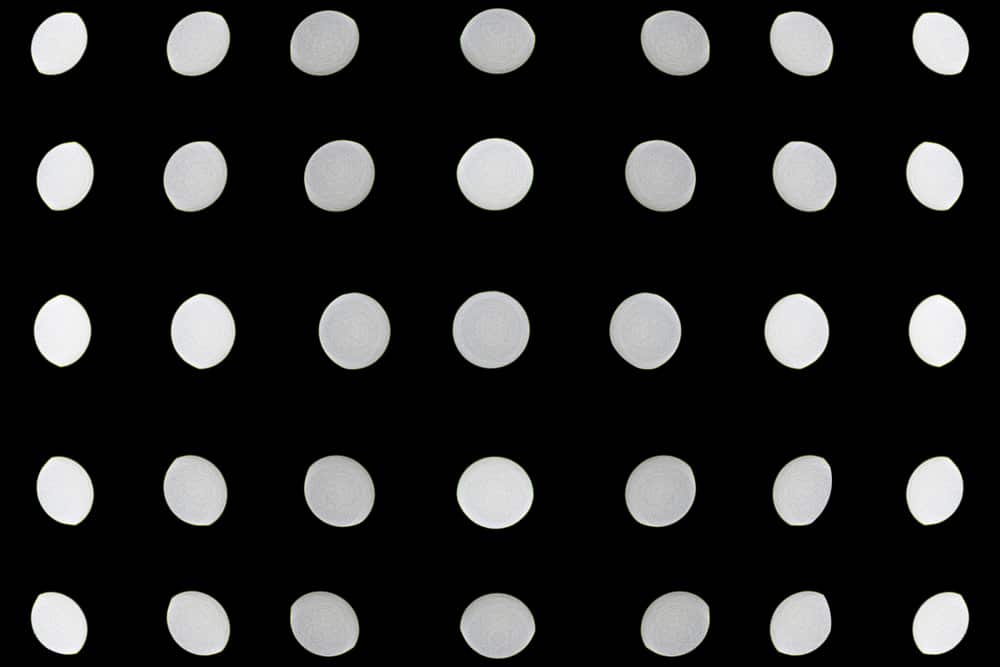 There is a bit of onion bokeh. That’s most visible in the center PSF. It’s pretty mild, though. There is a bit less than the usual amount of cat’s-eye effect, and the symmetry of the two sides of the eye is good.

There is a bright line circling the perimeter of the PSF, and a darker, thinner line inside it. This is a bit more worrisome than the onion bokeh, in my opinion.

This is a reasonably good performance. I will run another test to look at the transition from in focus to out of focus.