In the previous post, I reported on focus shift, and autofocus accuracy for the Nikon Z7 with the 24-70 mm f/4 Nikkor S at 35 mm focal length. Now I’ll do the same with the lens set at 70 mm. I increased the target distance to 1.8 meters. Take a look at yesterday’s post for some context on the test. 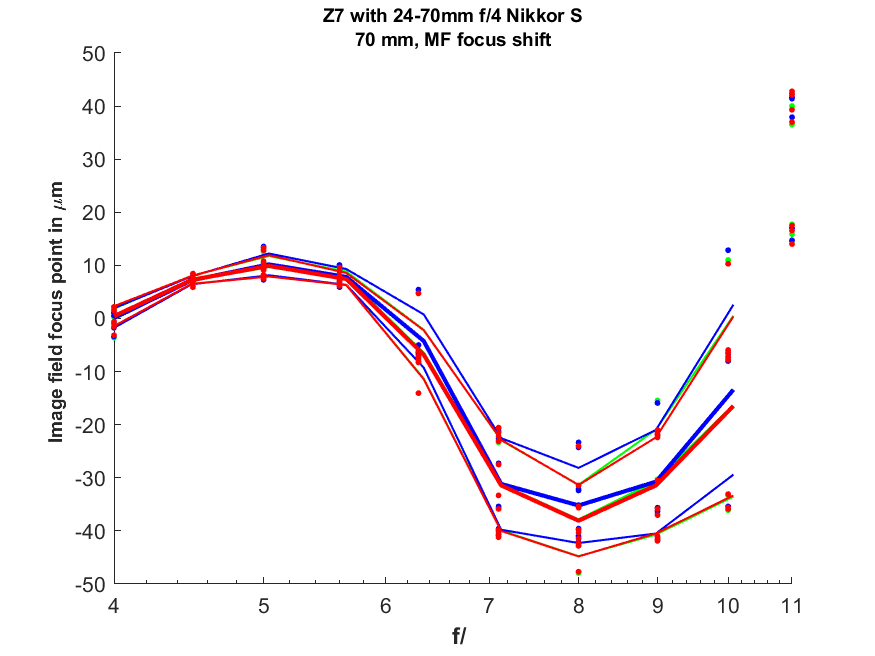 The focus shift is S-shaped, which is something I don’t see often. 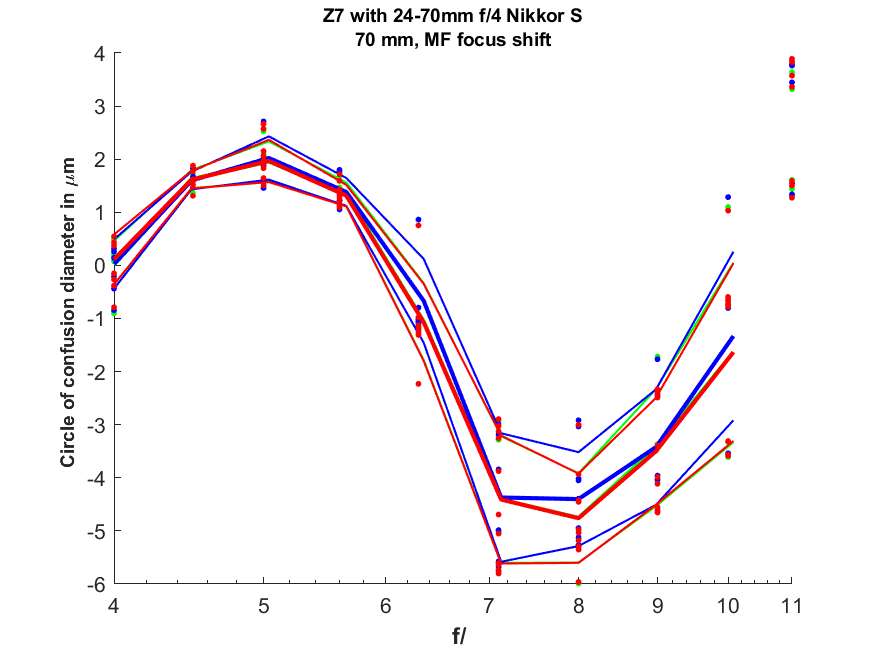 The sensor pitch on the Z7 is about 4 and a half micrometers (um), and the worst error is a bit over that. This is low focus shift. Note also the fact that all three color planes are brought into focus at essentially the same plane. That means the lens has very low longitudinal chromatic aberration (LoCA). For a relatively inexpensive zoom lens, this is a spectacular performance. A word about the negative numbers on the CoC graph: of course, the circle of confusion can’t ever really be negative, but I am using negative numbers to represent front-focusing.

Now let’s look at how well the camera does with automatic focusing using AF-S and user-controlled spot selection. 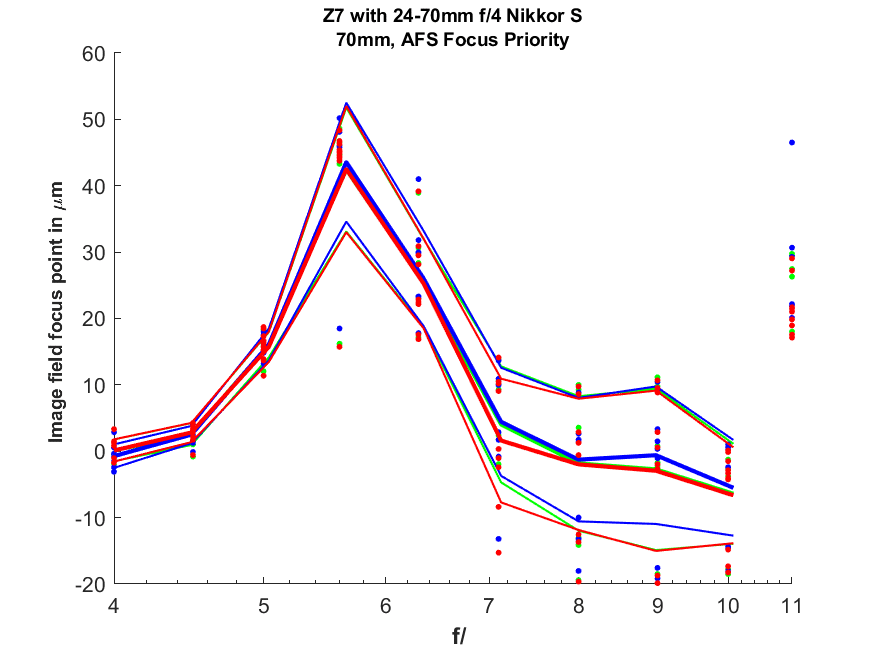 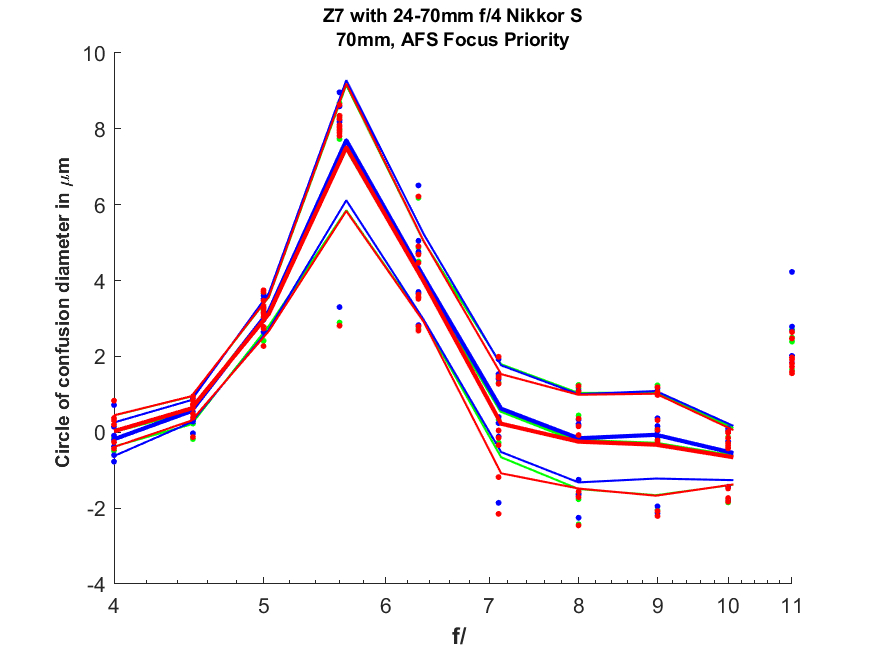 The scatter is low, even wide open. The errors are worst at f/5.6 and are back-focused far enough to give CoCs of about two sensor pitches. 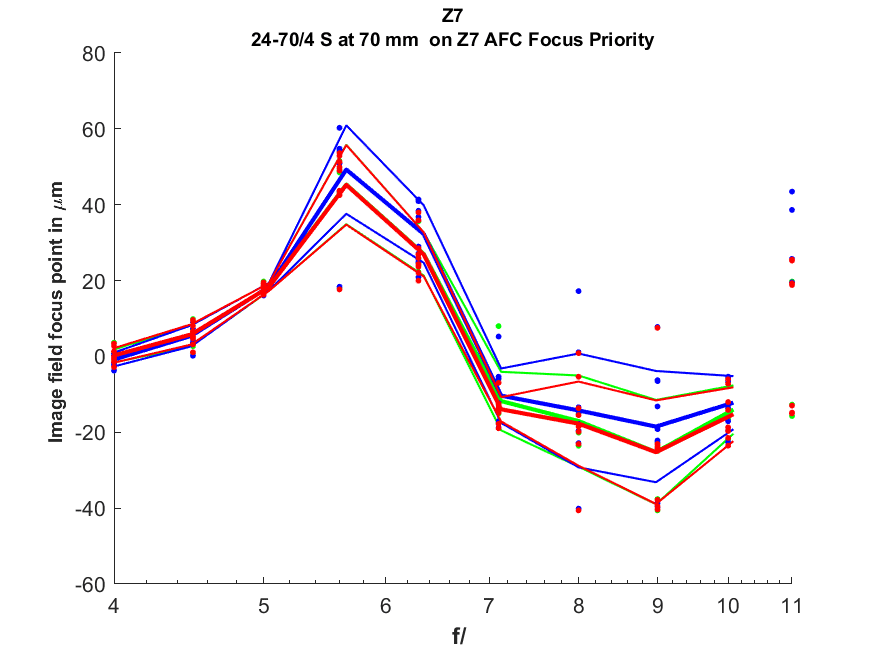 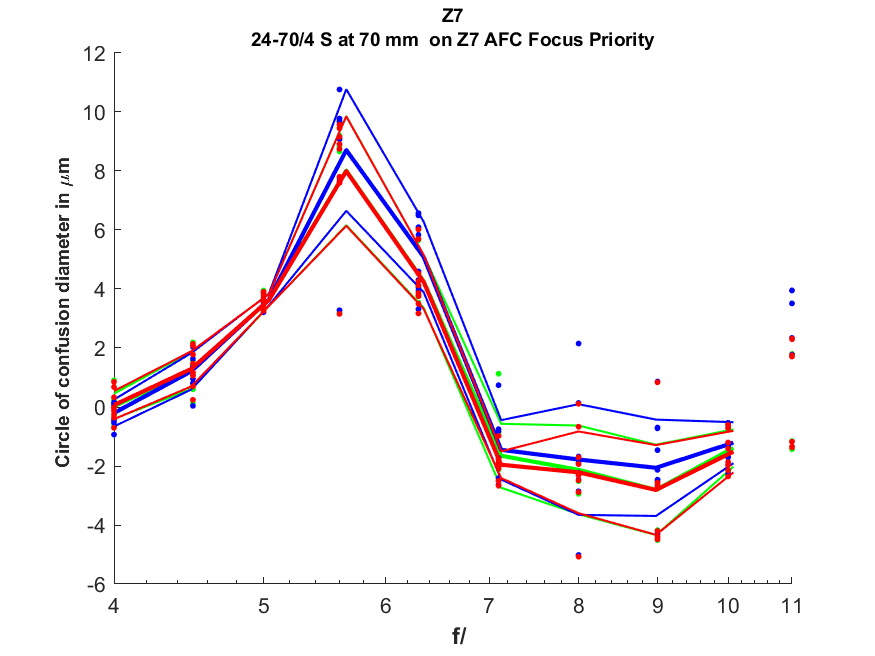 About the same as AF-S.

This is good autofocus performance.