This is the eighth in a series of posts about the Nikon 70-200 mm f/2.8 S lens for Nikon Z cameras. The series starts here.

The technique that I used to obtain the images below is explained here.  I made a change for this set of images, which I think is going to be an improvement. I used an Astrozap artificial star for my light source instead of the LED flashlight. The artificial star is a much better approximation to an ideal point source, but it is rather dim. I moved the camera around and captured the PSFs in one quadrant, then mirrored and assembled them in Photoshop. I used a Z7 for the captures.

I’ll just show you the lower left quadrant, since the PSFs are rotationally symmetric. At 200 mm: 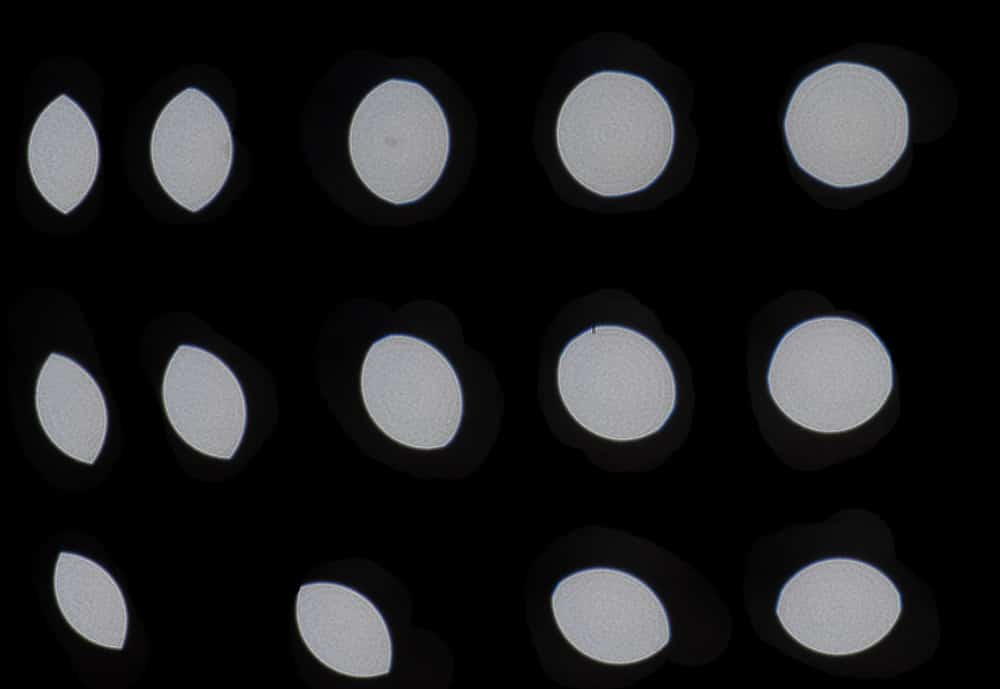 Except for the cat’s eyes, the PSFs look quite good here. But there is quite a bit of occlusion. 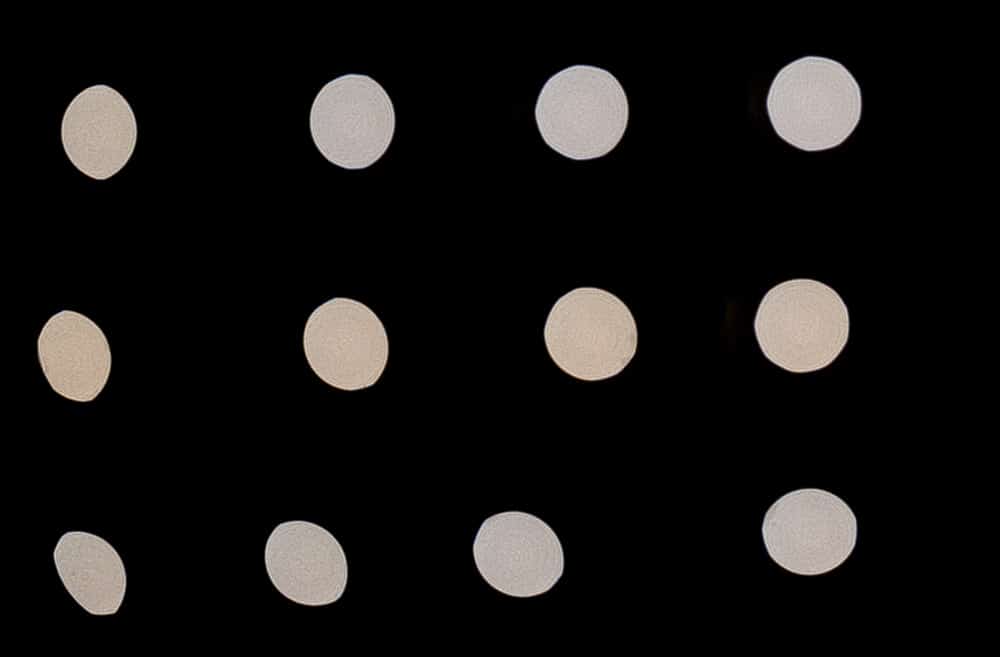 I apologize for the color casts. I neglected to white balance this set, and it has the Lr default of “as shot”. These look pretty good except for the cat’s eyes, too. There is an unusual occlusion in the corner.

For a look at what a lens with exemplary bokeh looks like, see the results for the Fuji 110/2 here.