In the previous post, I made a comparison of the Z7 and the D5 in extreme low light. I used AF-S, and the Z7 pictures weren’t a sharp as the D5 ones. So I’m repeating the test using manual focusing.

If you look at Bill Claff’s photographic dynamic range numbers, the D5 does better than the Z7 at extreme nosebleed ISO settings. There are some folks saying that’s not the case in the real world.

I called my bookcase into service: 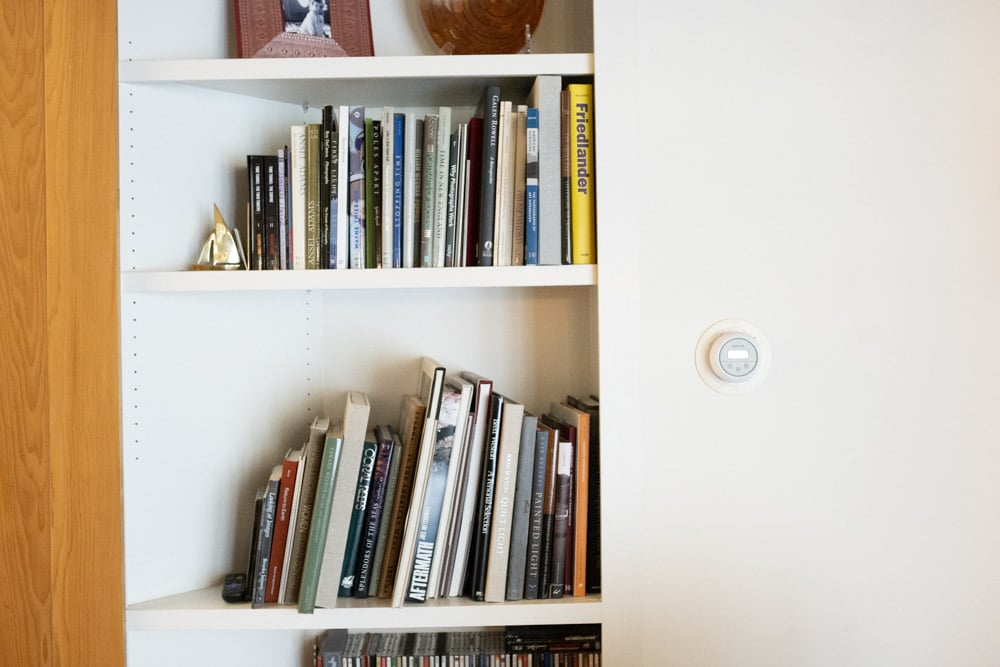 Here are some crops with the same field of view. The Z7 crop is magnified to about 200%.

Now the D5 is blurrier. The D5 manual live view focus is not as accurate as the Z7’s version. And it was very dim.