When you import a Z7 file into Lightroom (Lr), the default profile is Camera Standard, not Adobe Color, which is Lr’s usual go-to choice.  Here’s a comparison of how Camera Standard stacks up against Adobe Standard and Adobe Neutral for accuracy (sorry for the mislabeling: the last column is Camera Standard: 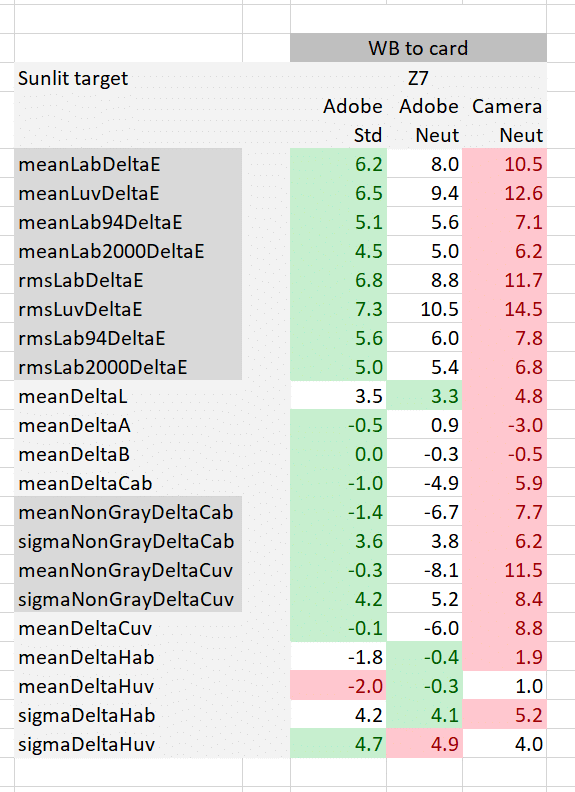 White balance was set to the third gray patch from the left. The least accurate results for each three-camera series are highlighted in red, and the most accurate in green.

Analysis: Camera Standard is definitely less accurate than either of the other two profiles. It is more saturated. 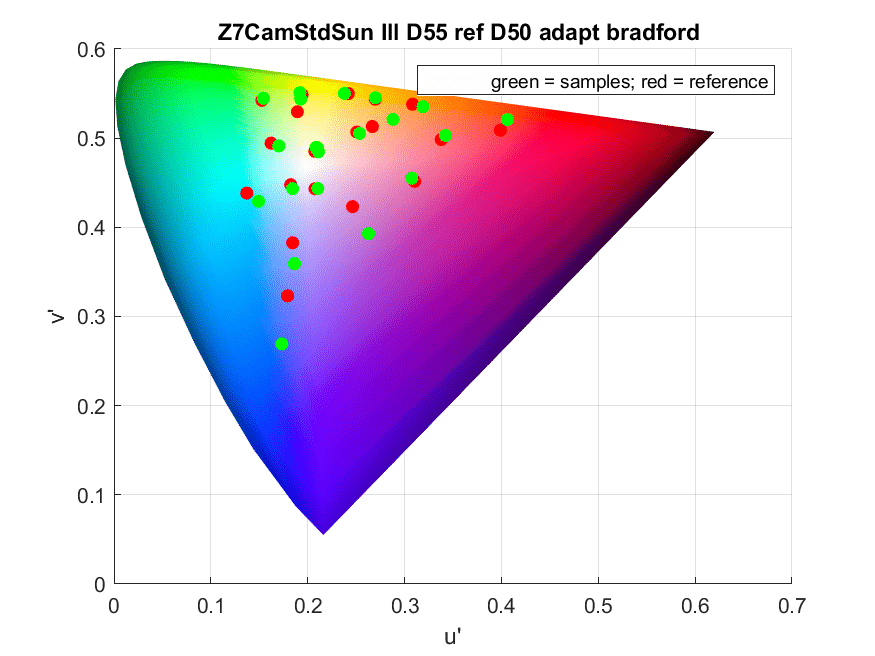 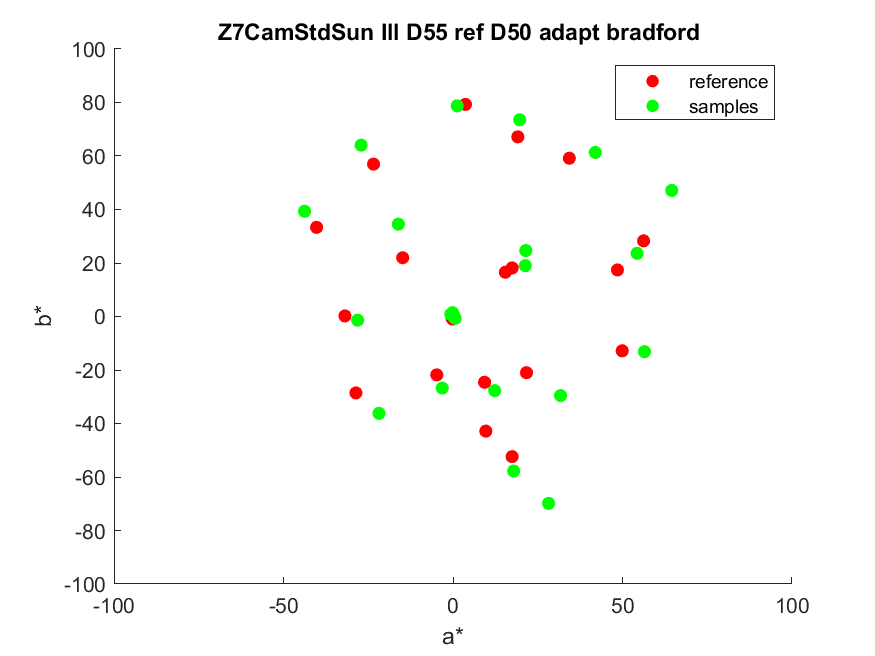 In order to see how it compares to Adobe Standard with respect to the chromaticities of the individual patches in CIELab, look at this:

Adobe Standard is represented by the squares, Camera Neutral by the diamonds, and the target colors by the circles. The increased saturation is obvious. The Caucasian skin tones are moved a fair amount in the orange direction. Skies are more saturated and risk purple tinges.

As a general starting place, I think that Camera Standard is probably inferior to Adobe Standard for advanced photographers.