In the previous post, I looked at the accuracy of the color in images converted from raw in the current versions (Process Version  5) of Adobe Camera Raw (ACR) or Lightroom (Lr), for a sunlit Macbeth target. Now I’m going to slice and dice the data a different way and examine the chromaticity shifts for Adobe Color and Abobe Standard profiles with three cameras: the Z7, the Sony a7RIII, and the Fujifilm GFX 50S. We’ll look at the shifts in pairs, in the a*b* plane of CIEL*a*b*, and in the u*v* plane of CIEL*u*v*.

First, we’ll look at the differences between Adobe Standard and Adobe Color for each camera in Luv. 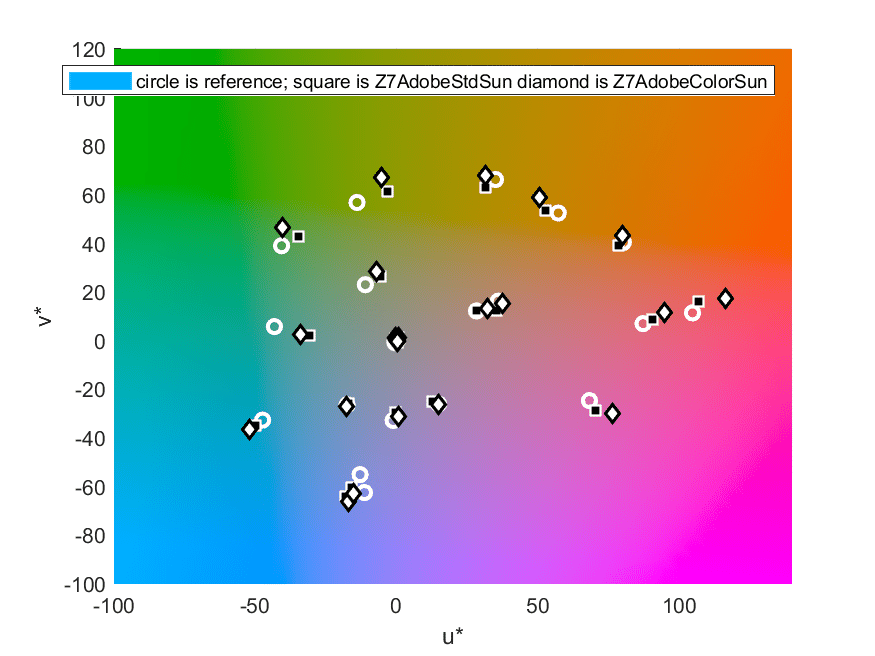 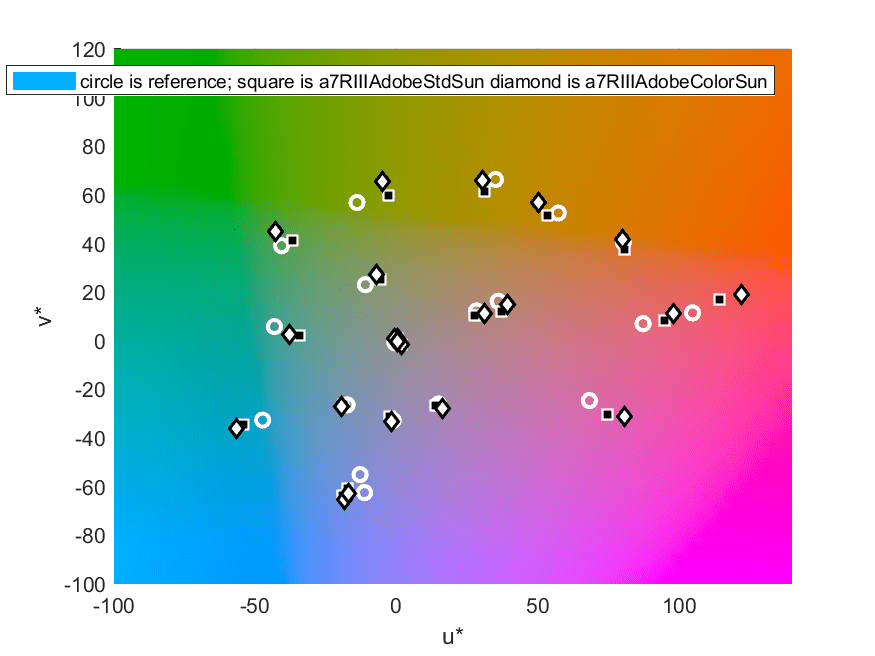 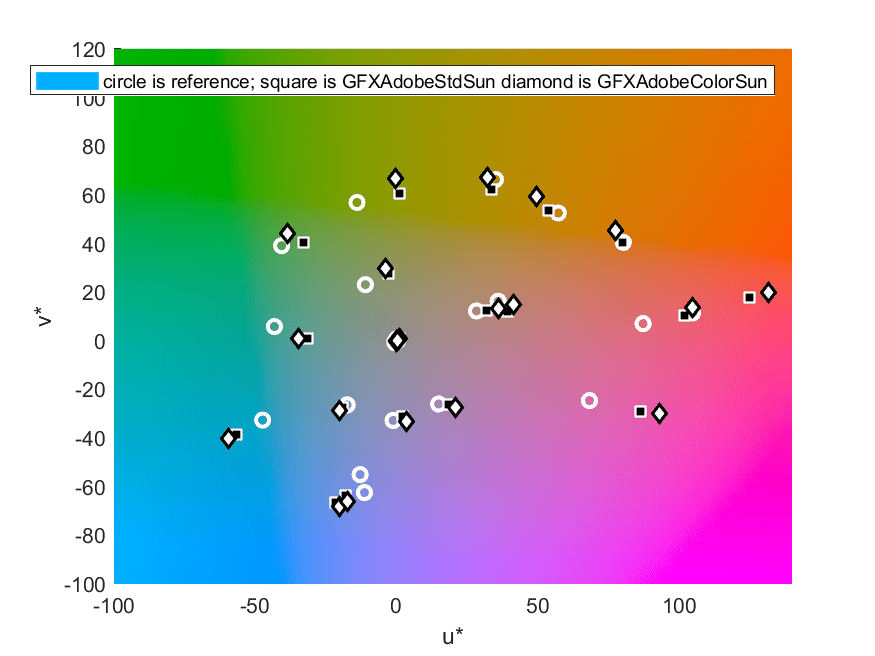 Here’s the same thing in Lab: 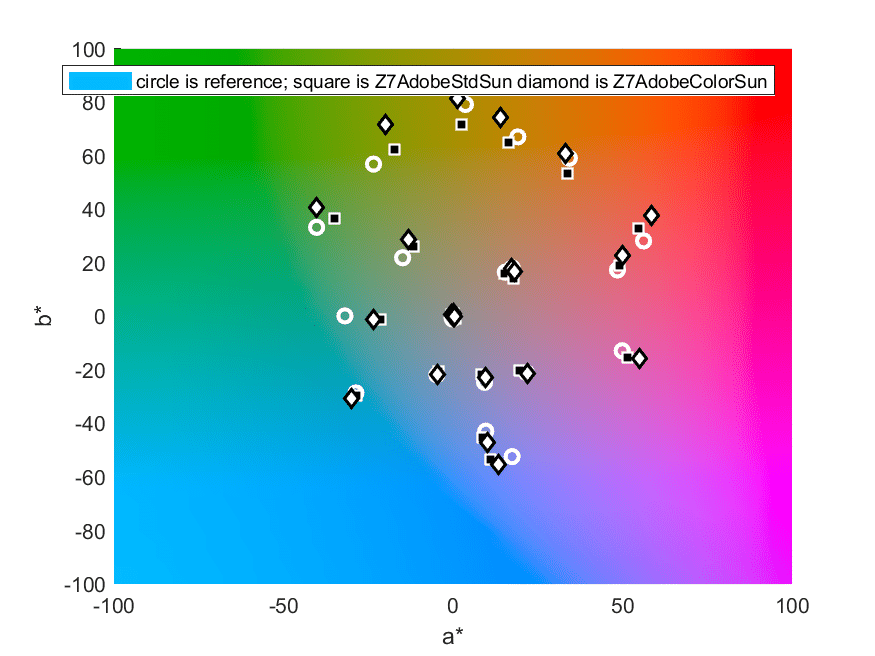 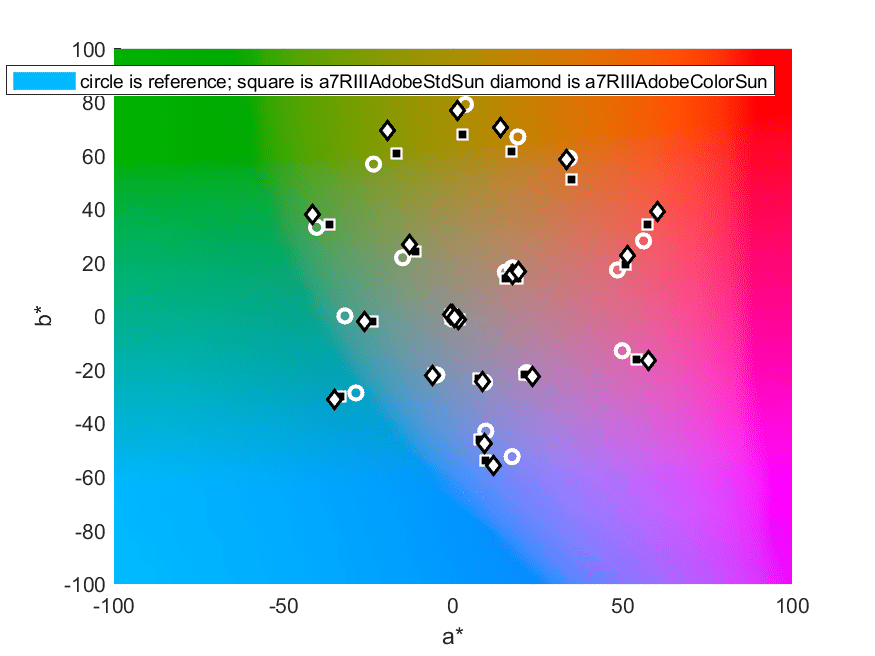 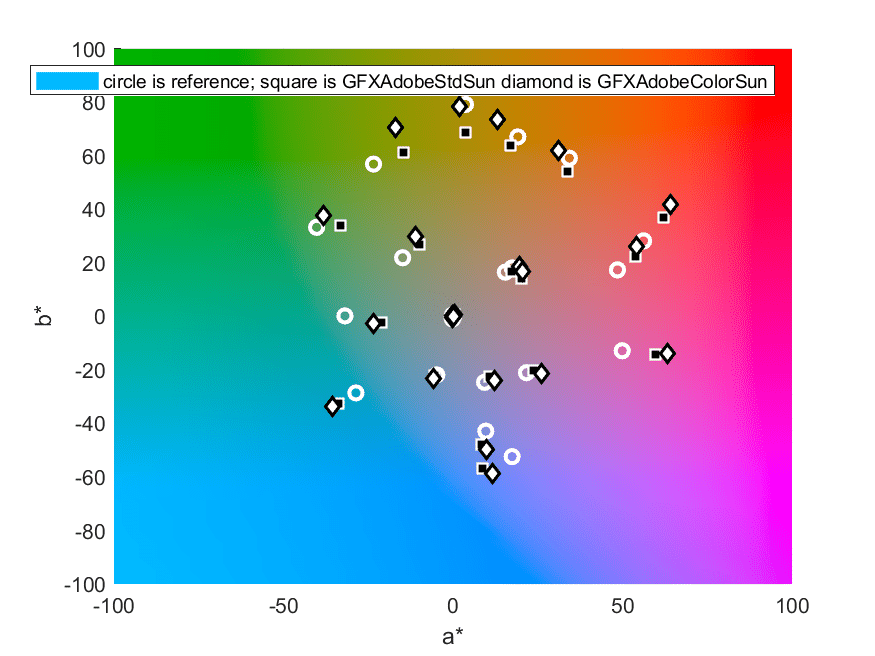 Next, I’ll compare the Z7 chromaticities to those of the other two cameras for the same profile.

First, in Luv and Adobe Color: 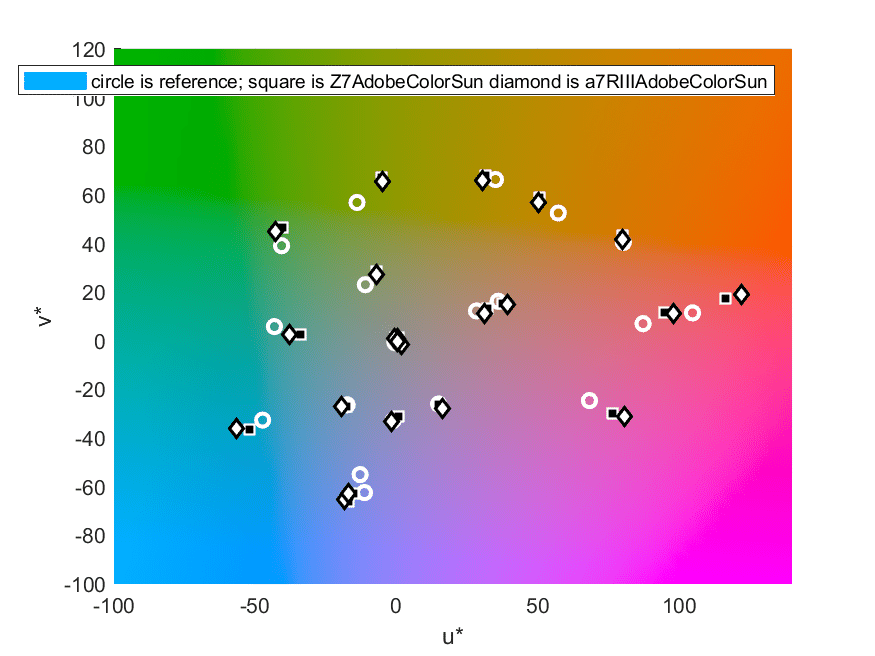 In Lab it’s the same story: 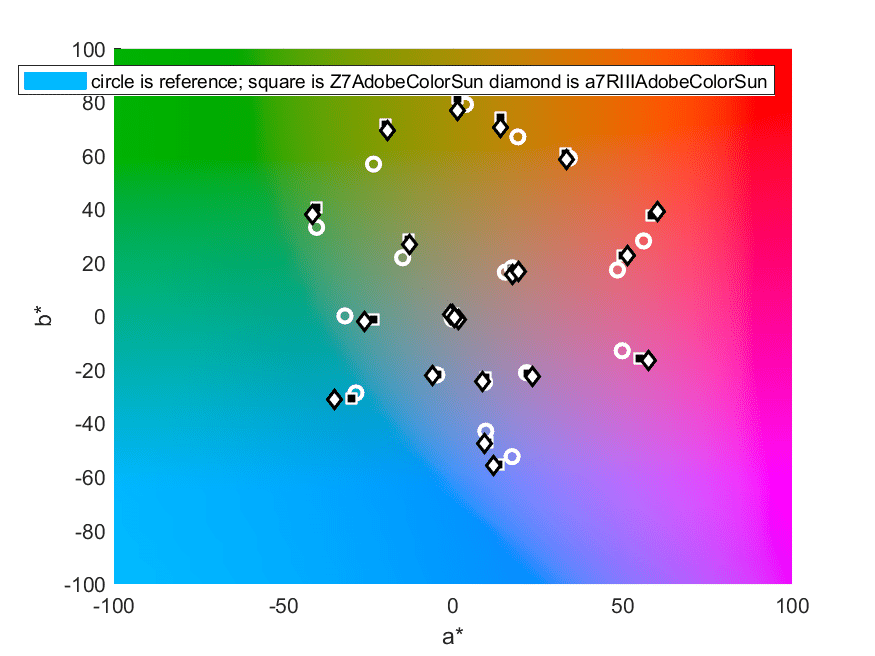 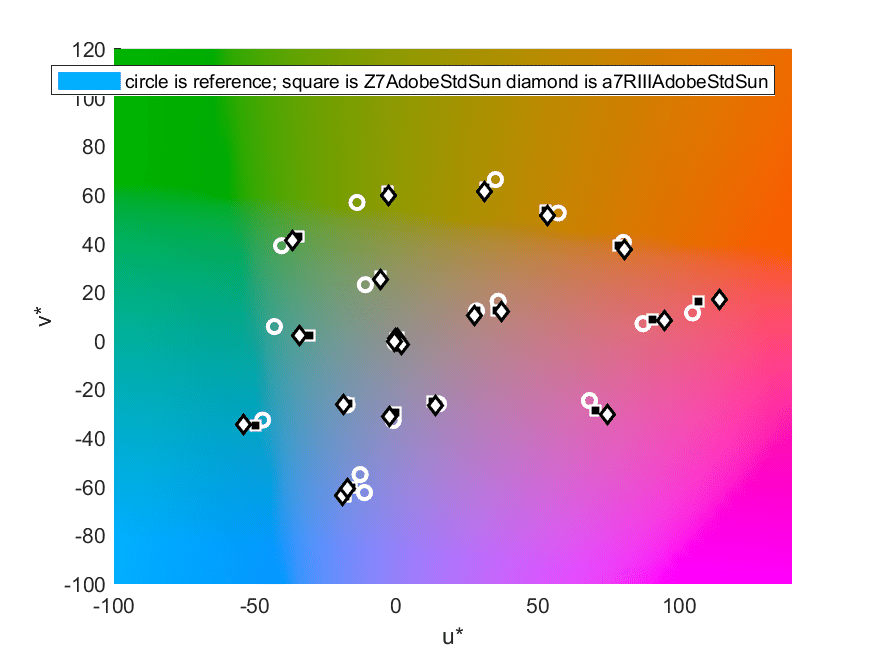 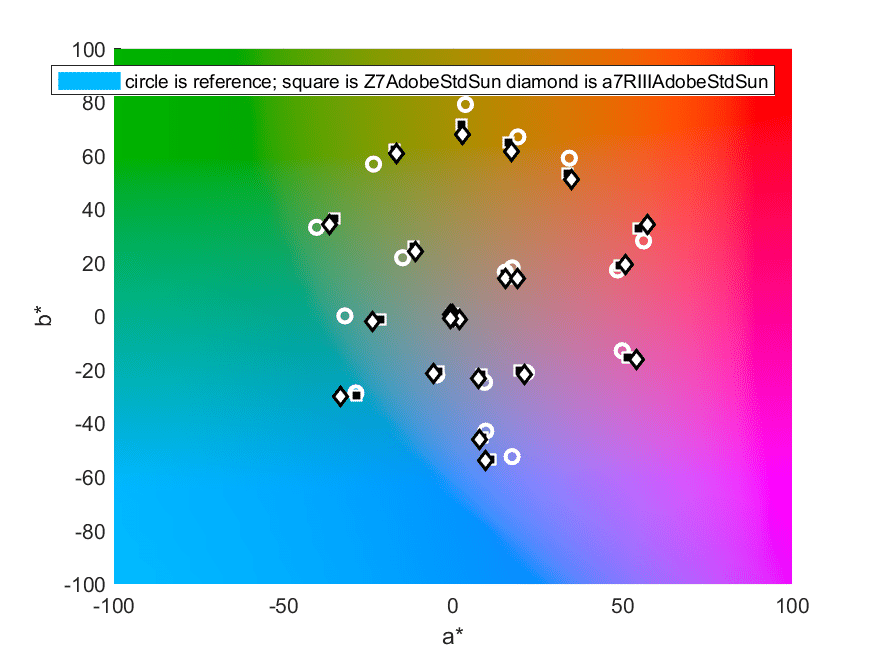 Comparing the Z7 to the GFX: 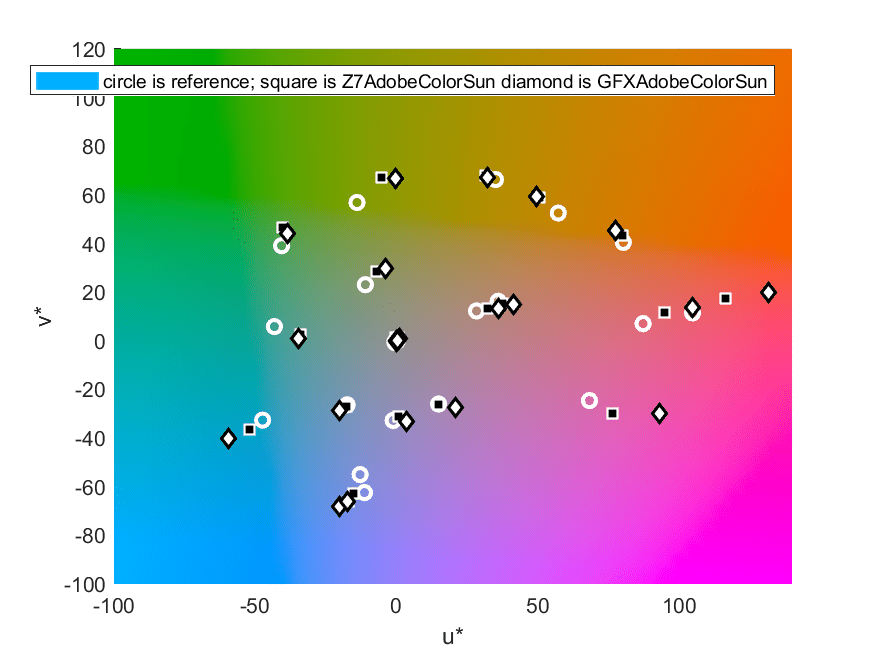 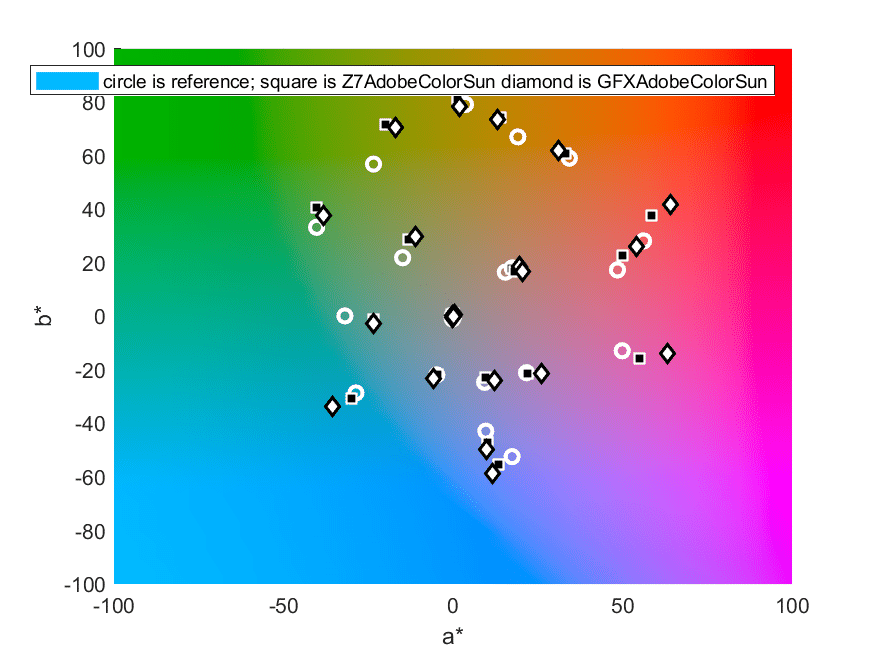 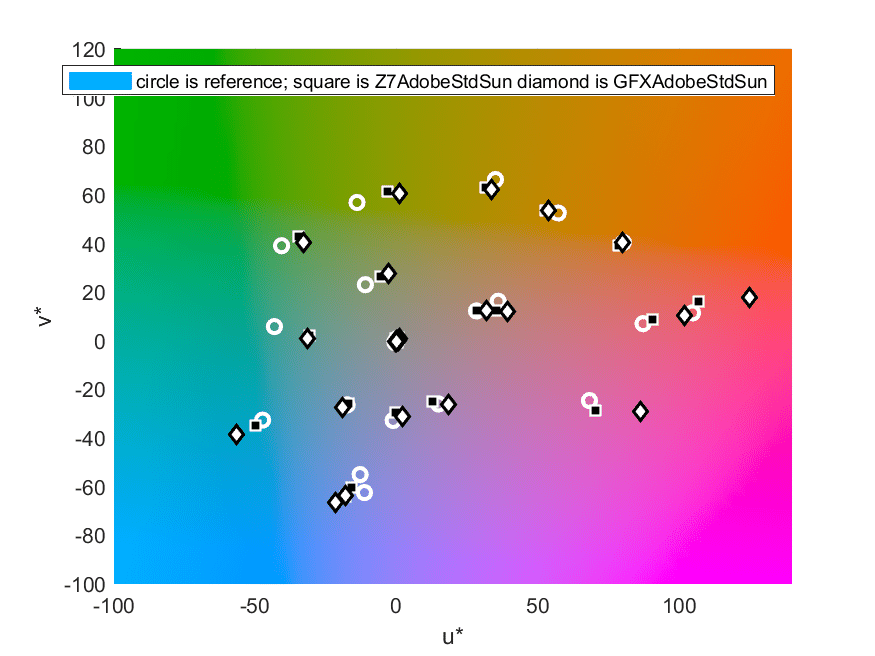 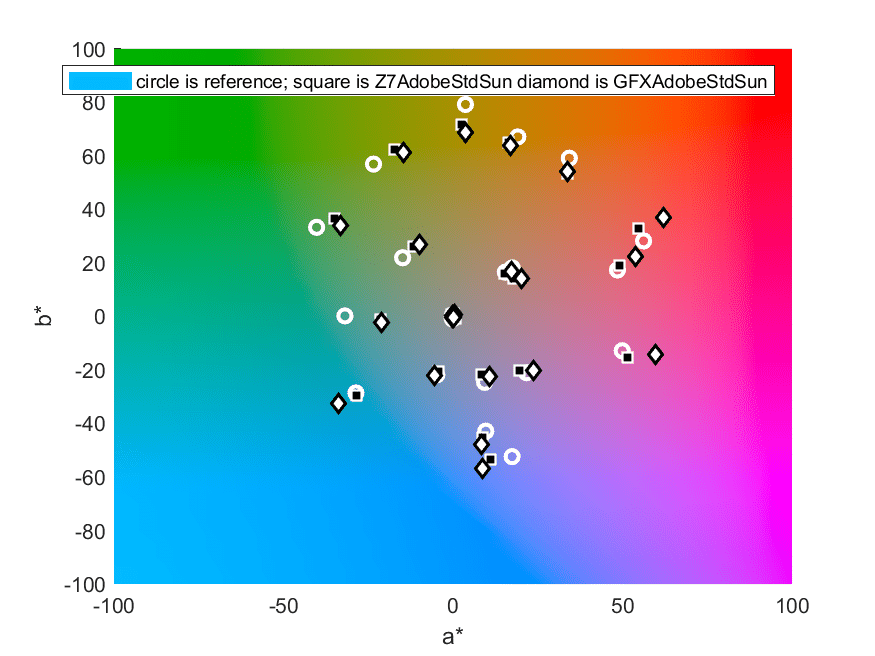