To start out, I used the GFX 100S focus bracketing feature to make a series of images of a Siemens star and a slanted edge with CoC diameters from misfocusing that were 2 micrometers (um) apart, making the worst-case CoC in the series half that, or 1 um. I used the Fuji 80 mm f/1.7 and a target distance of about 14 meters. I looked at the slanted edge with Imatest, and plotted the MTF50s: 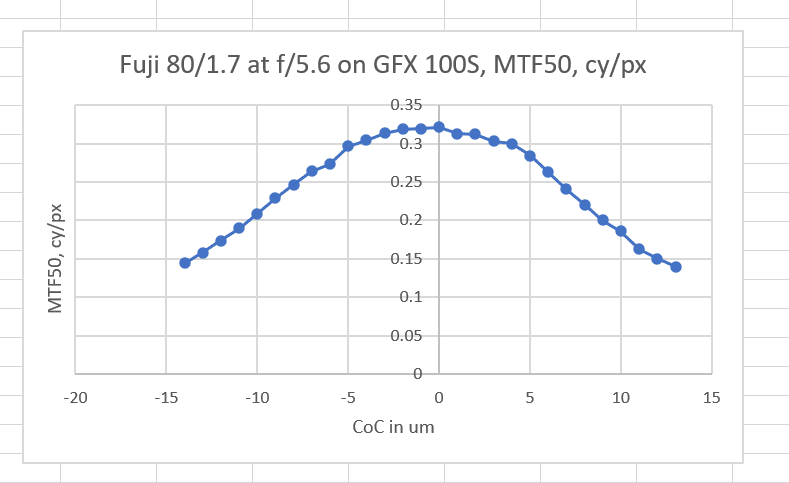 The x-axis in the above plot is the worst-case CoC delta. I apologized for that. Absolute CoCs are twice that. 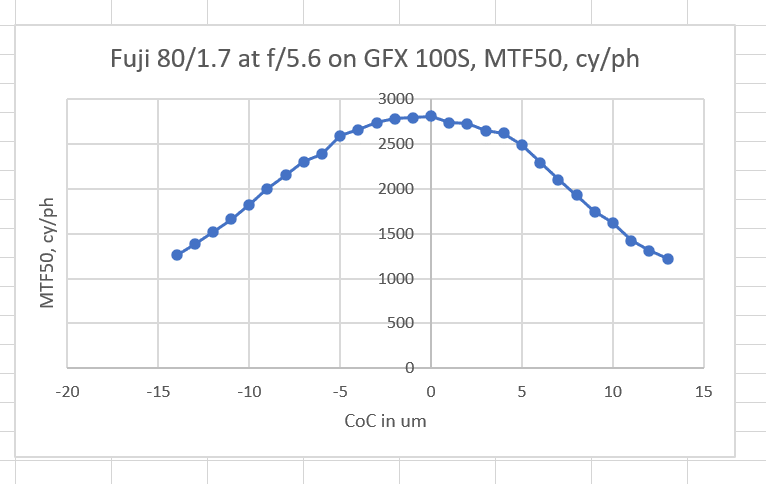 The way I see the images above, the CoC = 10 um image is still sharp(ish), but the CoC = 20 um image is not. This is probably close to a worst case scenarios for judging sharpness, since a Siemens star, even the sinusoidal version that I used above, is a very demanding target. 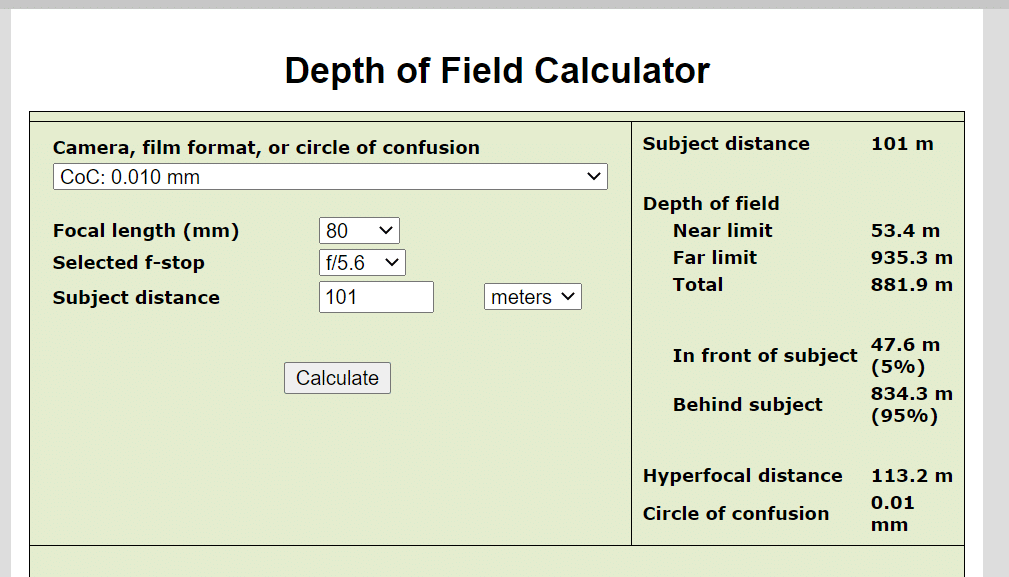 With a 10 um CoC, the calculator says the 54-meter-distant tree will be barely within the CoC.

The good news is that DOF calculators work, although the one I used just know doesn’t include the effects of diffraction.

The bad news is that CoCs of 5 or 10 um will not give us much DOF. Optics is cruel sometimes.