As you know if you’ve been following along in this blog, I’ve been working on ways to digitize film. I once has an Imacon Precision II scanner, but Hasselblad stopped supporting it. My thinking has been to use a GFX 100 or GFX 100S and Schneider and Rodenstock macro lenses. I’ve done some work the Fuji 120 mm f/4 GF macro, but it has field curvature, pincushion distortion, and isn’t sharp in the corners beyond 1:2.

I’ve been using this setup: 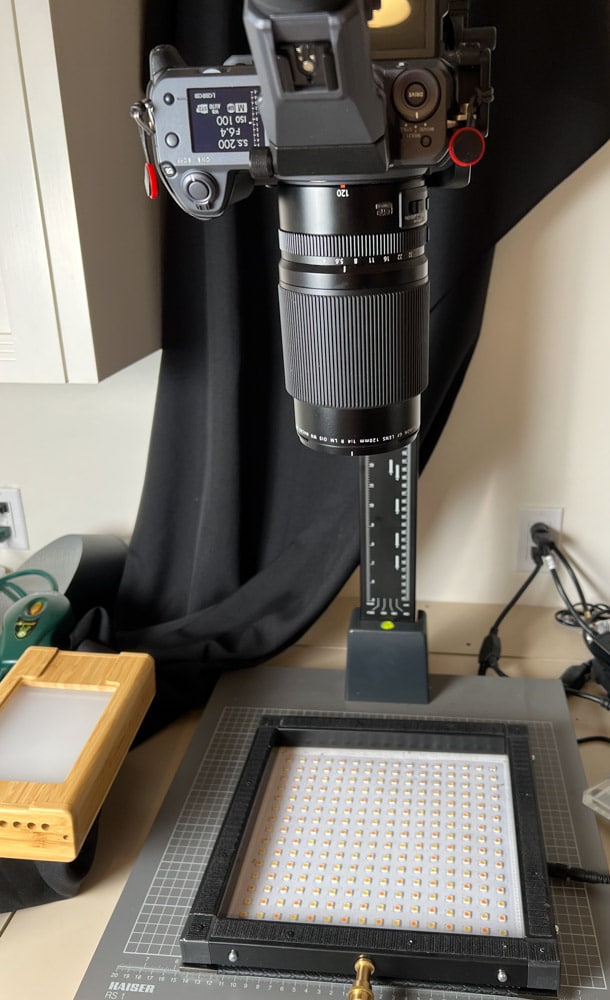 The LED panel is a Westcott unit. I put a piece of plastic over it, some Rosco diffusion gels over that, and couple of canning lids over that, and a negative carrier on top. Crude, but it works. 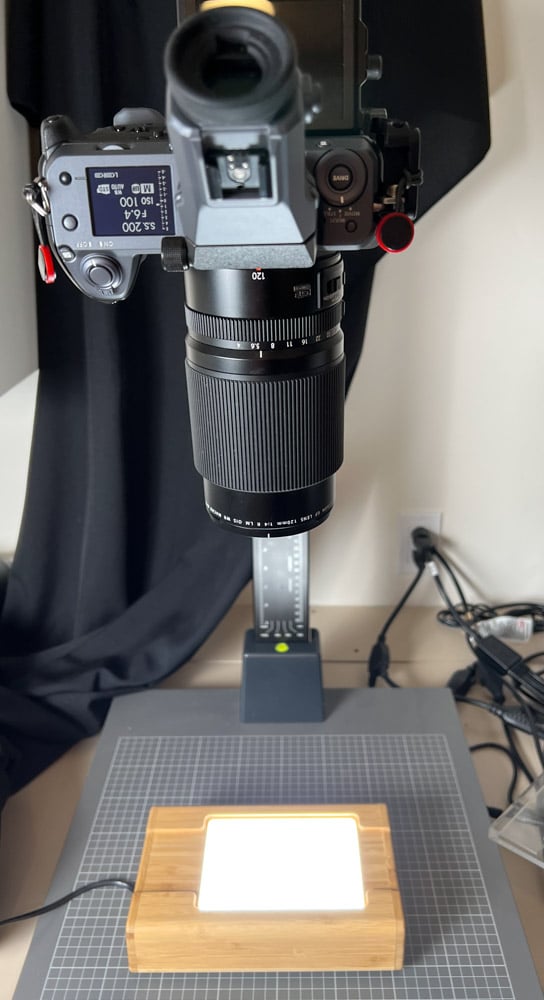 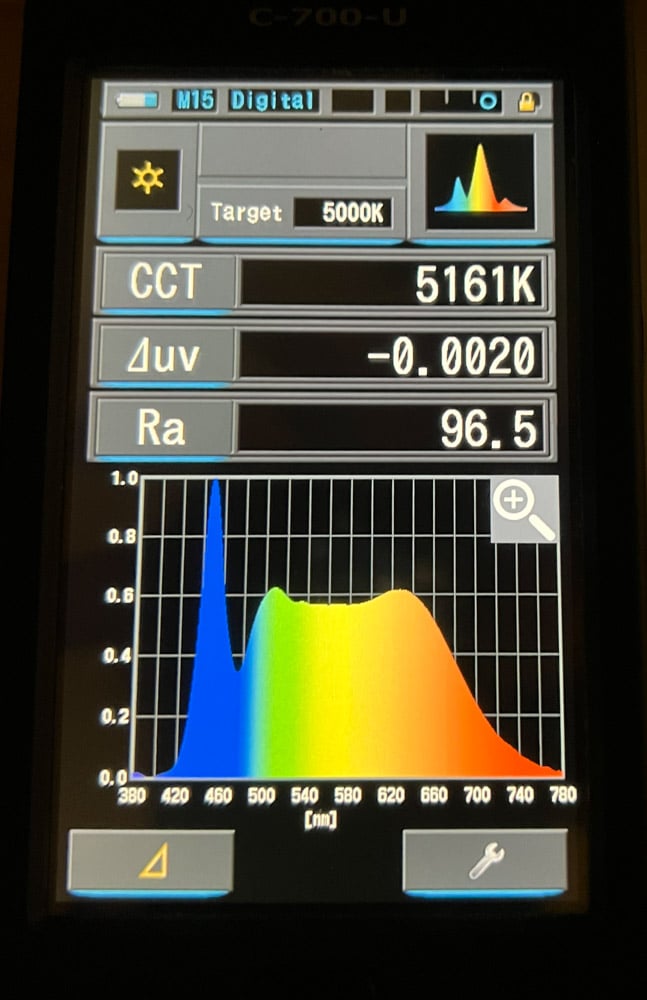 It’s bright, to0. Not as bright as the Westcott panel, but plenty bright enough.

What’s not to love? The negative carriers. 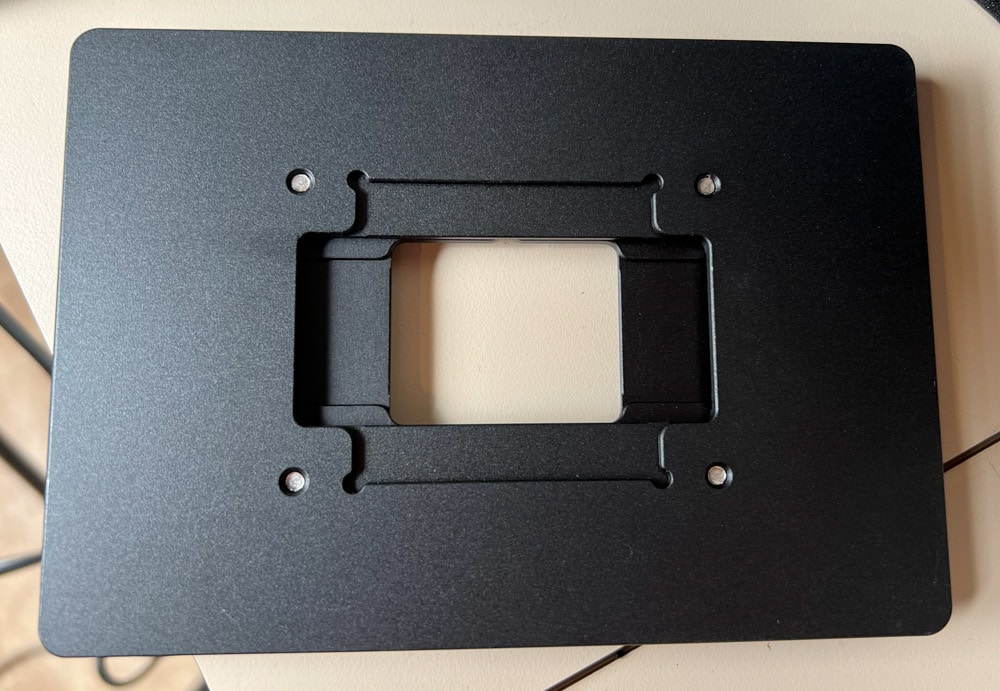 You can drop a mounted slide in if you want to scan one.

Here’s the bottom side: 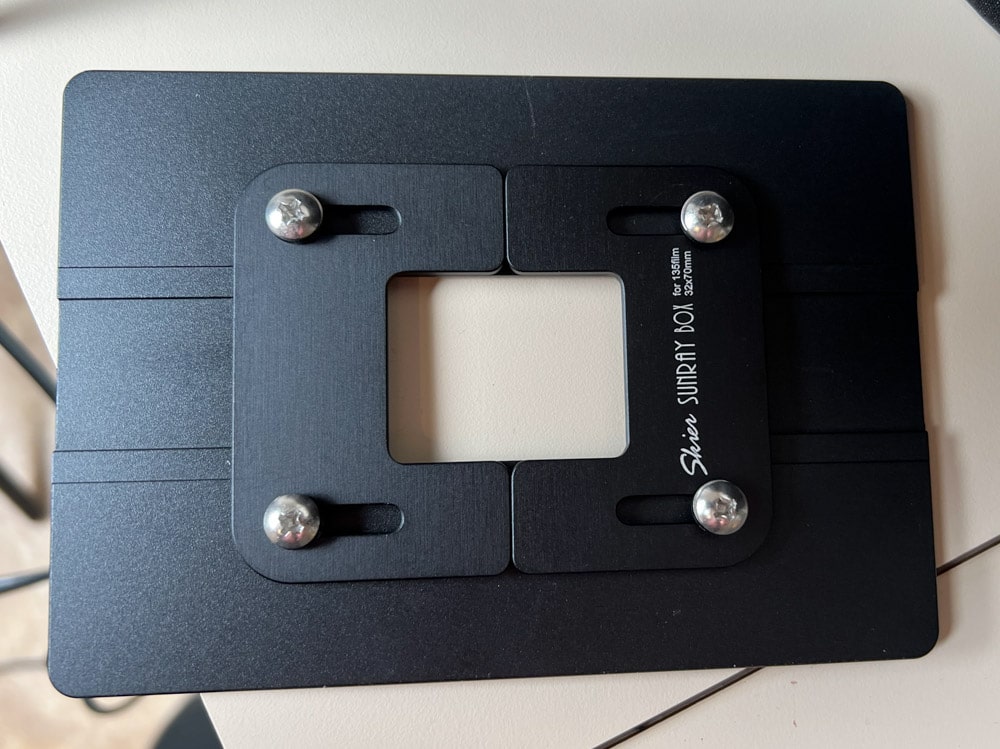 You can loosen the screws and move the mask to scan panoramas. If you want to scan half frame negs, you’re out of luck.

The big problem is that if you want to scan unmounted film, you’re supposed to slide it in between the top and bottom pieces. I would never do that with a negative strip I cared about. I think it’s a great way to get scratches, especially if there is a lot of curl to the film. 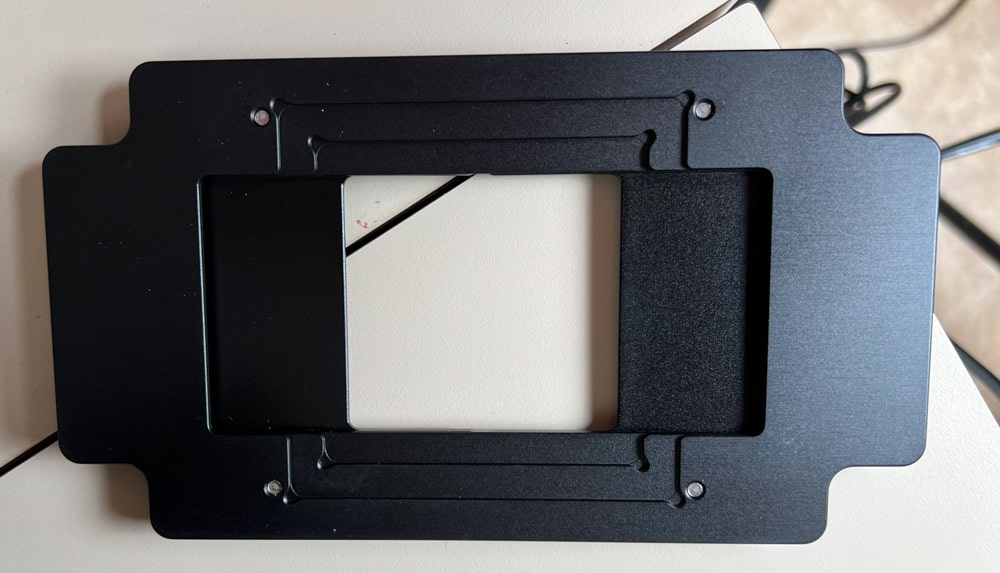 And the bottom side: 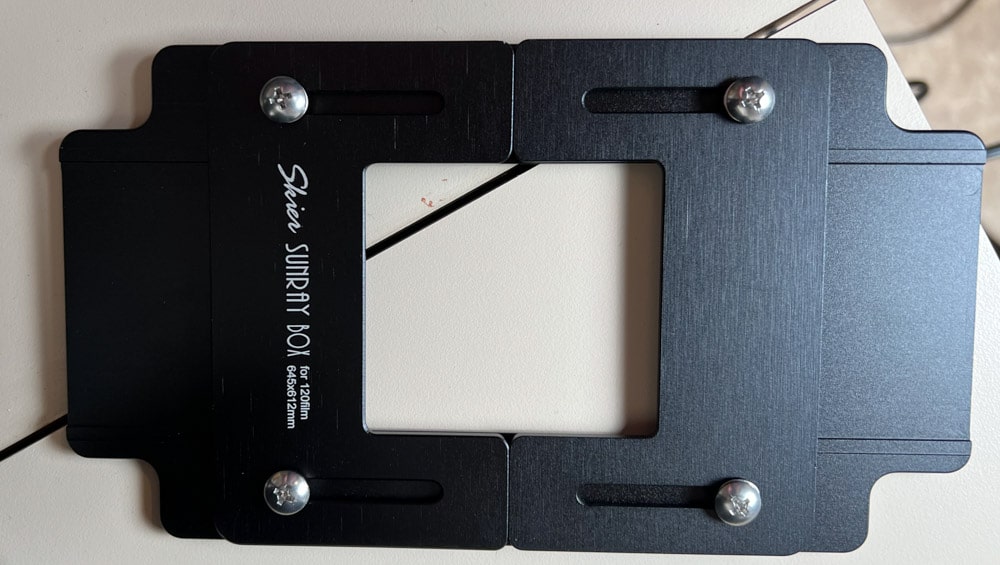 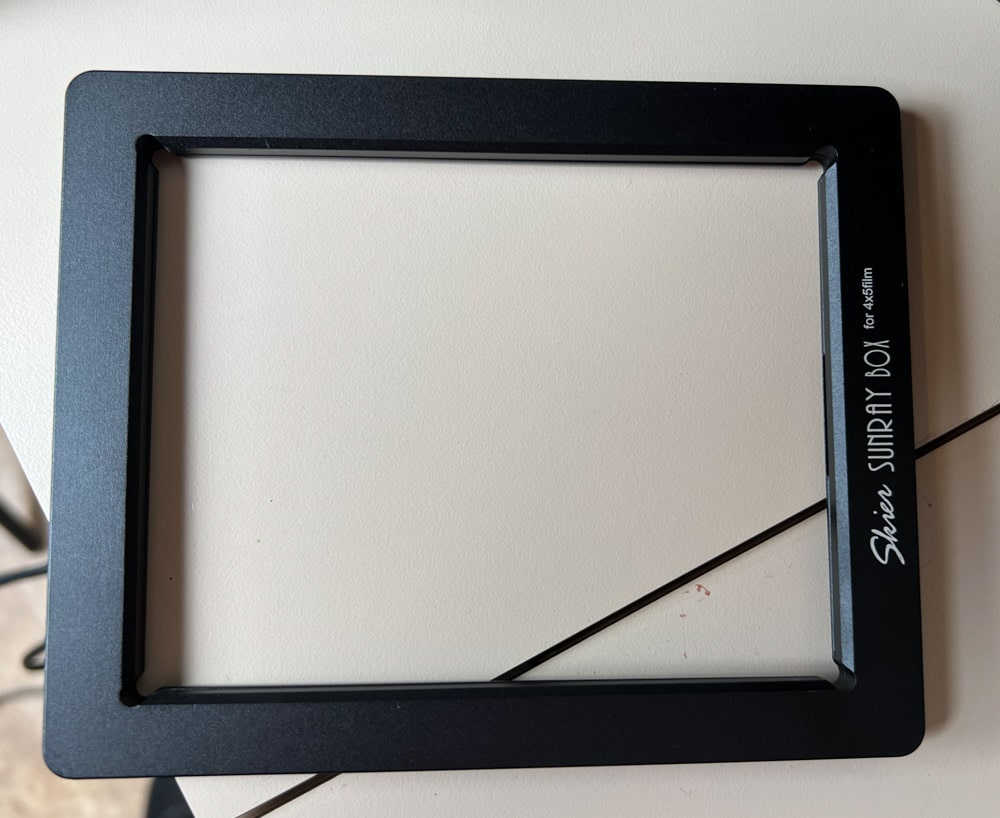 And here it is split into the two halves: 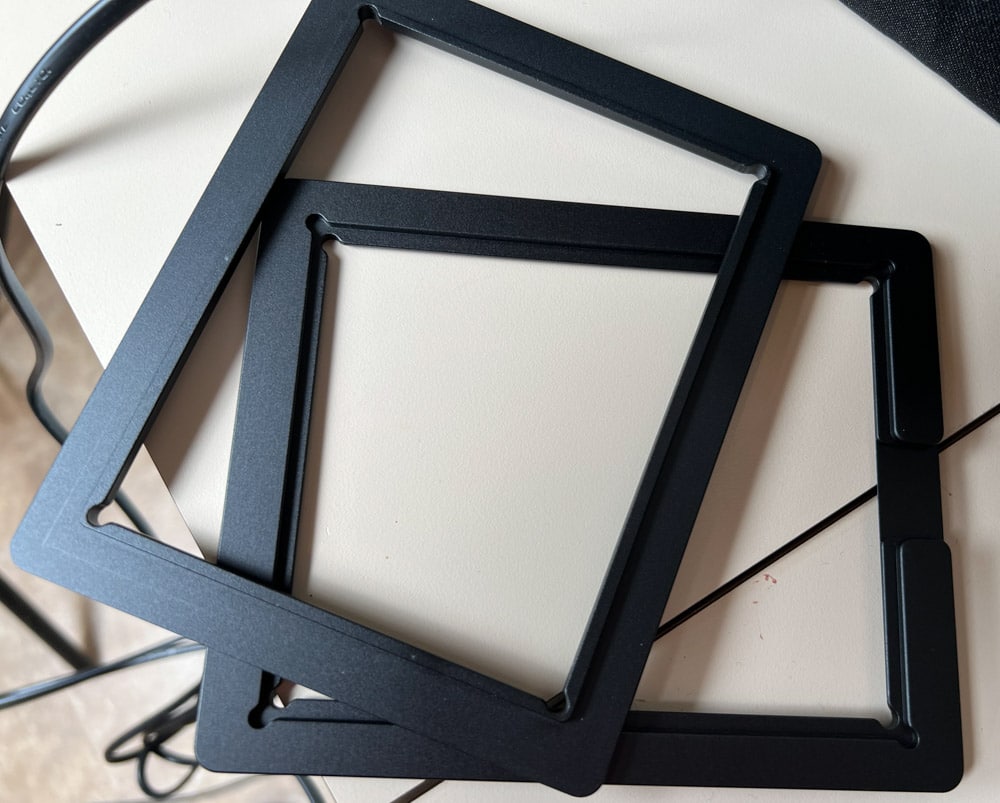 You drop the negative into the depression, put the cap on it, and scan. There’s a place for your finger when you want to get the negative out. That’s not bad.

I’m sticking with my Durst negative carriers, which work just fine on the Skier unit. 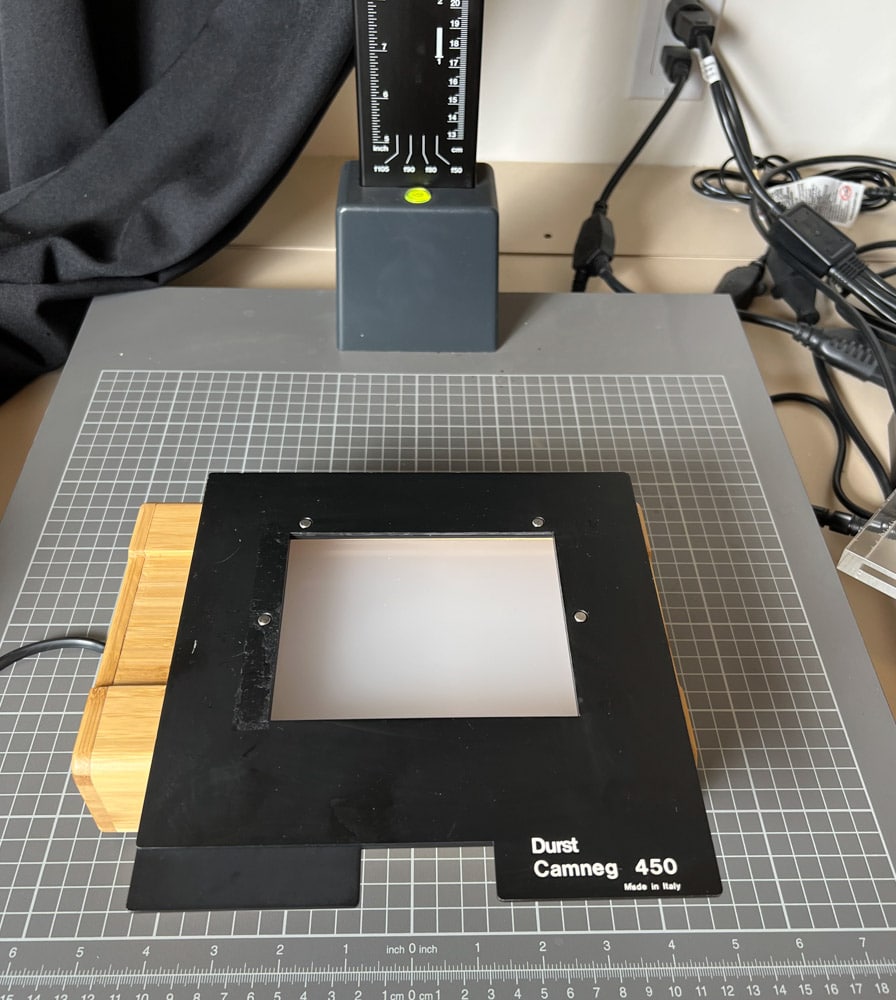 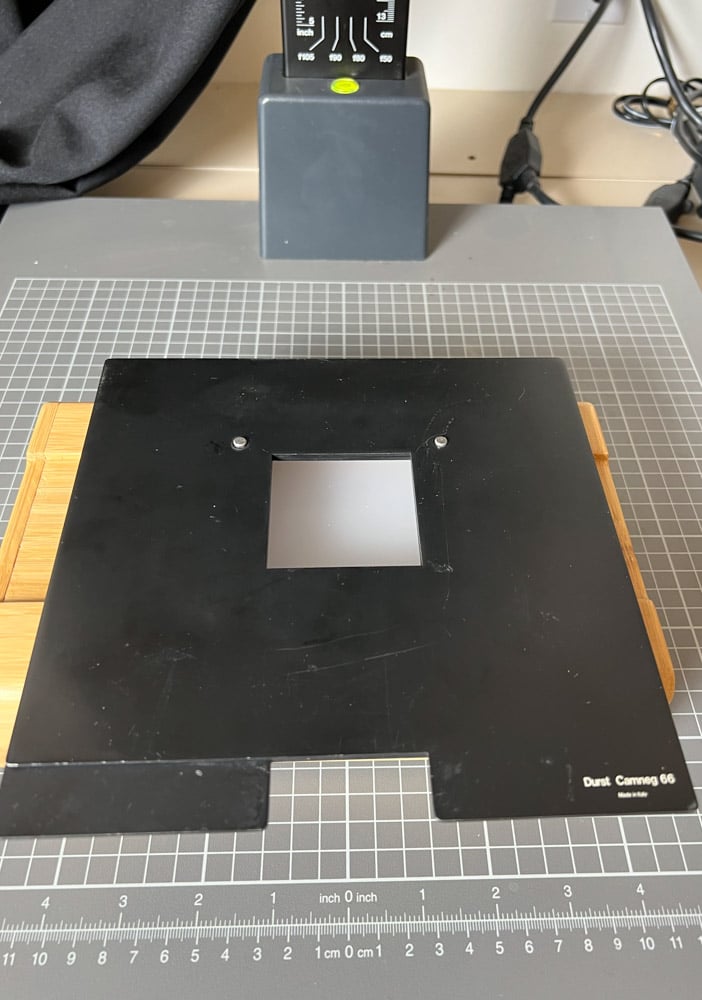 So for me it is basically an expensive light table.

How good is the evenness of that light table. Not bad:

If I really boost the contrast, you can see that there is falloff near the edges.