A short while ago, I reported on the shutter latency of the Sony a7III using the all-mechanical shutter. I repeated the tests today using the EFCS, and added the a7RIII and a9. 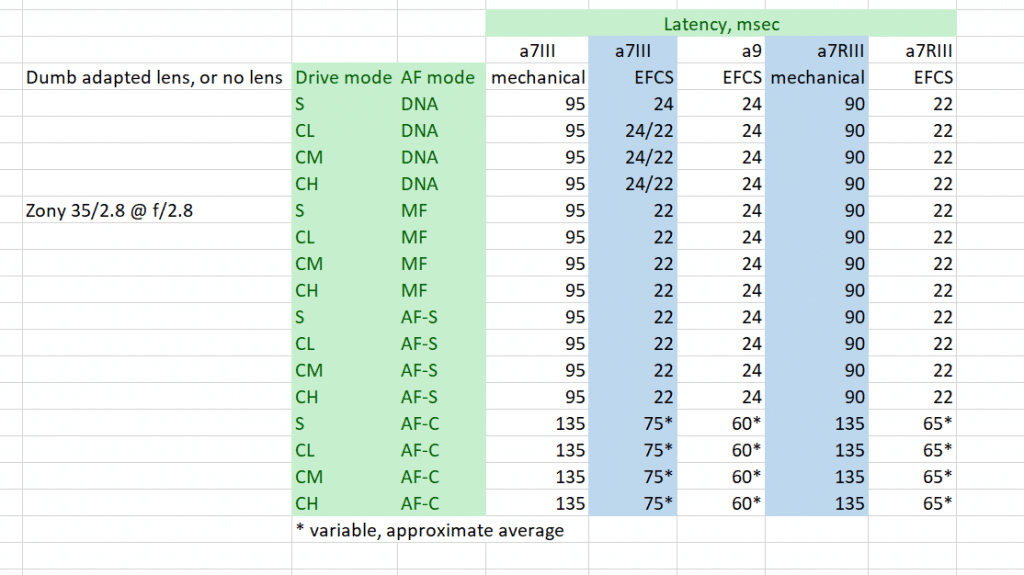 The 22/24 entries indicate that the first shot has 24 msec latency, and subsequent shots have 22 msec. The AF-C entries for the EFCS case showed a fair amount of variation. 75 msec was the approximate average.

I was asked if the lens aperture made any difference. It does not. There were also questions about the effect of AF priority. Somewhat surprisingly, that makes no difference (but note that we are releasing the shutter after focus confirmation is received). Unfortunately, I can’t do this test with the electronic shutter, as none of the cameras will trigger a flash in that mode.

The a9 and a7RIII are a bit faster than the a7III in AF-C mode, and about the same otherwise. I didn’t test the a9 in all mechanical mode since I think hardly anyone will use it that way much of the time, and I expect the results to mirror the other cameras when set up that way.