You are here: Home / The Last Word / Lighting a fire with a strobe?

When I was in the fifth or sixth grade, I used to delight in making explosives with my chemistry set. Smoke, fire, and loud noises; what could be better that that? The man is just an older boy, so when I saw this:

Objects which appear dark absorb light and dissipate this energy in the form of heat (light objects reflect the light energy instead). If you fire a flash at full-power and close range at a piece of paper with black text on it, the text will literally burn, producing smoke.

I just had to run a test.

I printed out the quote using a laser printer. I picked a 600 watt-second strobe and took off all the light modifiers (the poster had been talking about on-camera speedlights, but I wanted to do a higher-octane test). I wrapped the paper around the flash tube shield and held it tight against it while I triggered the strobe with my other hand. I really didn’t expect smoke, or I would have taken more precautions.

No smoke. No flames. The I felt some mild heat with the hand holding the paper. But when I let go of the paper, it was lightly stuck to the shield. I pulled it off, and here’s what the shield looked like: 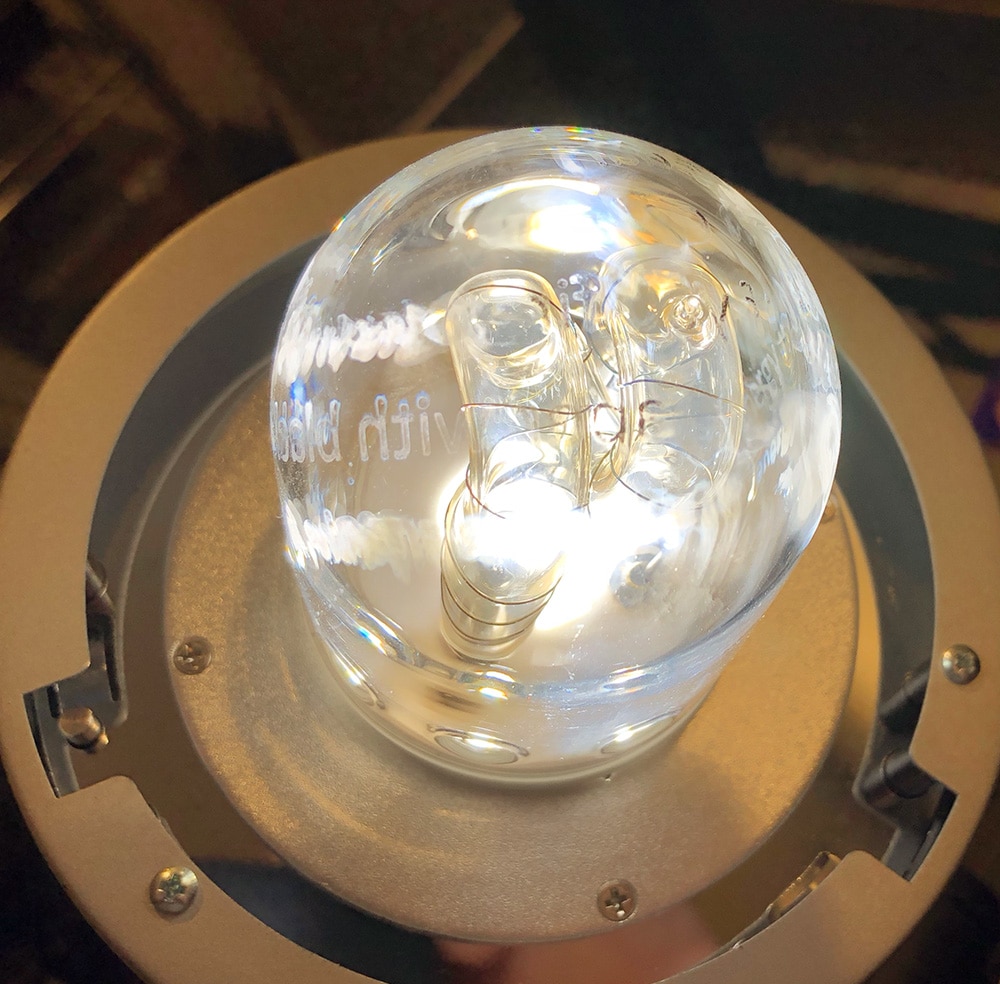 Some of the toner melted and stuck to the shield. Here’s what the paper looked like afterwards: 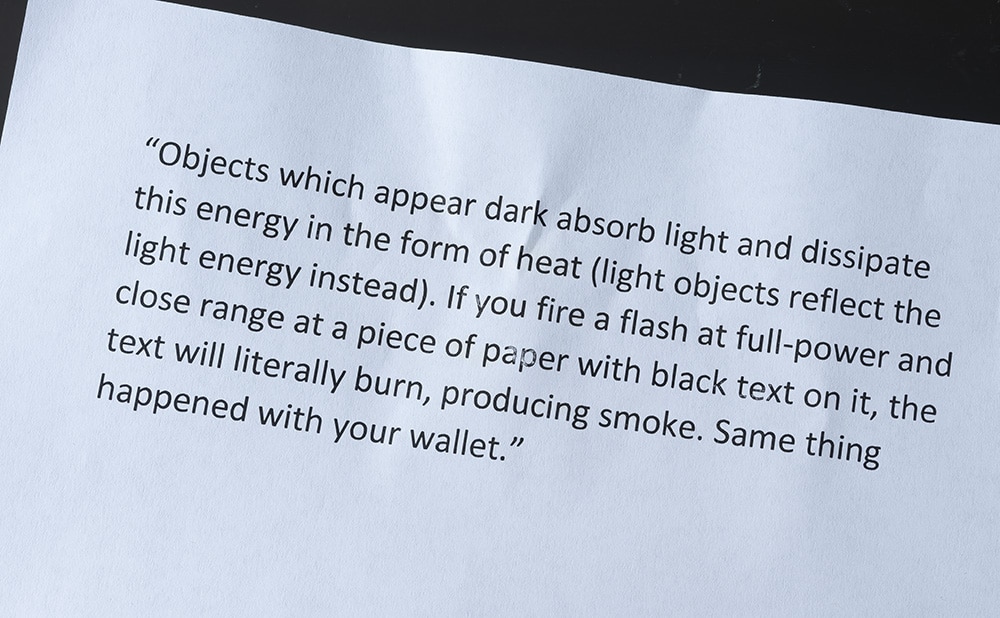 You can see where some of the toner is missing. What you can’t see is that the toner is shiny in other places, where it melted and was smoothed out by the shield.

So,  although the writer is guilty of gross exaggeration, there was a nugget of truth there.