In this post, I did a comparison of the Sony a7RIII and a7RIV IBS performance using the Zeiss Batis 135 mm f/2.8 lens. There was some interest in how the two cameras did with a lens that didn’t have built-in optical stabilization.

I though about that. And then, knowing what a royal pain it was to align all the shots, I thought again. After a few days of approach/avoidance, yesterday I bit the  bullet and wrote code to automatically align all the shots, and then I spent another couple of hours getting it to run fairly fast. This morning I ran a test using the Zeiss 135 mm f/2 Apo-Sonnar (in Nikon F mount). I couldn’t use autofocus this time, because the lens doesn’t support it. So I focused wide open and made all the exposures at f/8. This is by no means a recipe for sharpness, but it does a good job of assuring that focus differences don’t pollute the results.

Because the lens has a wide focusing ring, I couldn’t use my usual fingers-under-the-lens stabilization technique, so I was less steady than I usually am. Take that into account when you look at the absolute shutter speeds. Marginal steadiness and a focal length of 135 mm is a real test of the camera’s ability to deal with large sensor excursions.

Using my new automatic registration program, I adjusted the cropping in Lightroom for each image so that they were centered. I computed the MTF50 — a nice proxy for sharpness — for all the images with Imatest. Imatest spit out the data in cycles per pixel. I converted that to cycles per picture height to put both cameras on more of an even footing.

I crunched the data in Excel. Here’s what I got for the a7RIV: 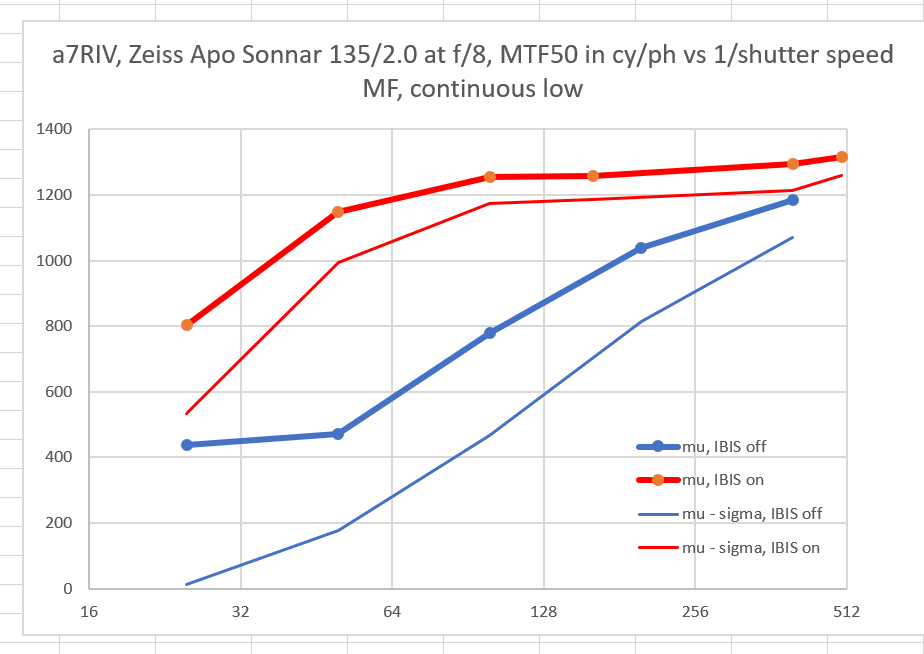 The vertical axis is the MTF 50 in cycles per picture height. The horizontal axis is the denominator of the shutter speed — 1/100 second is plotted as 100. The heavy lines are the mean (aka mu, aka average) values. The thinner lines are the mean minus the standard deviation (aka sigma). Because of the way I had to hold the camera, even 1/400 second isn’t fast enough without IBIS.  1/400 second with IBIS off is, on average, about the same as 1/50 second with it on. I know some of you are fond of thinking about IBIS improvement in stops; the span from 1/400 to 1/50 is 3 stops. 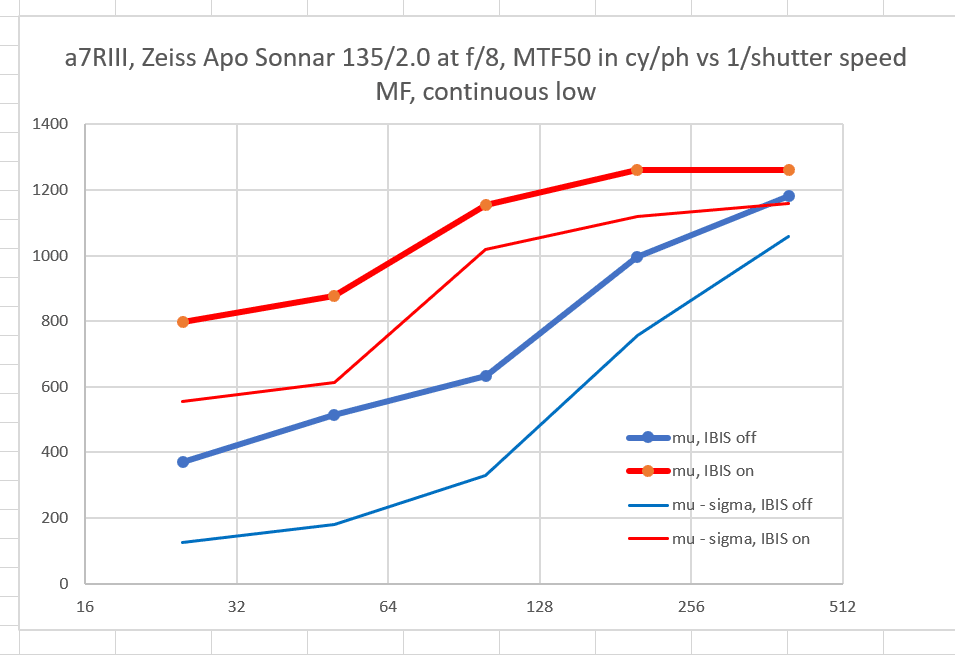 The improvement is less. 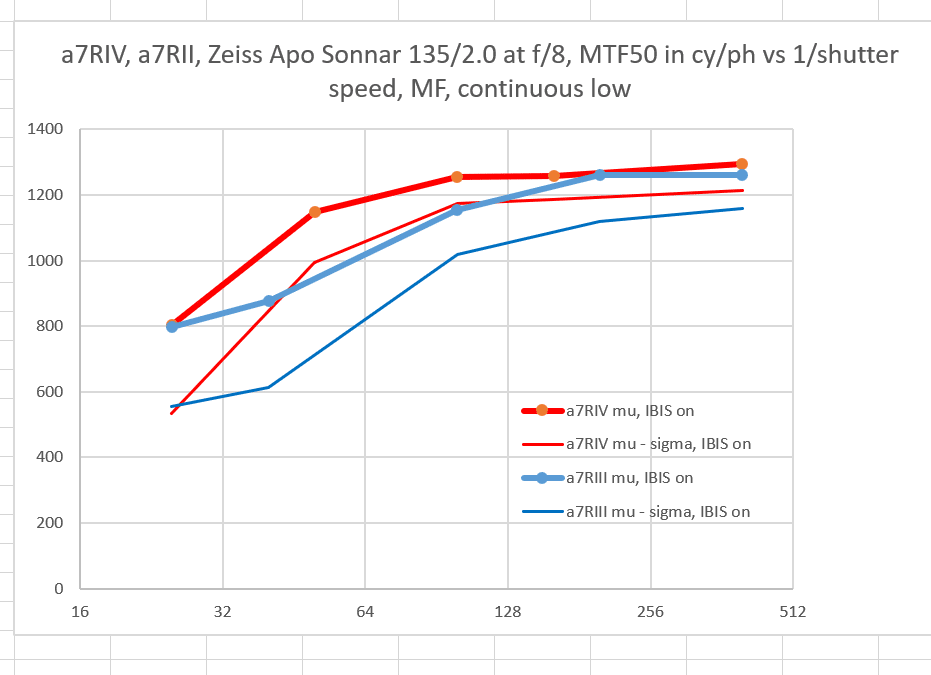 At 1/50 second, the a7RIV IBIS on mean is pretty darned good. Not so much with the a7RIII. This differences are significant, but not striking. But the sigma for the a7RIII at 1/50 is higher.