You are here: Home / a7RIV / a7RIV vs a7RIII IBIS/OSS performance

Several people have said that the IBIS algorithms on the a7RIV are improved over those of the a7RIII, and have cited some vague Sony marketing materials as their justification for their beliefs. I admit to some skepticism, but was sufficiently intrigued to run a test. I used a Zeiss Batis 135 mm f/2.8 lens on each camera. I set up on this target: 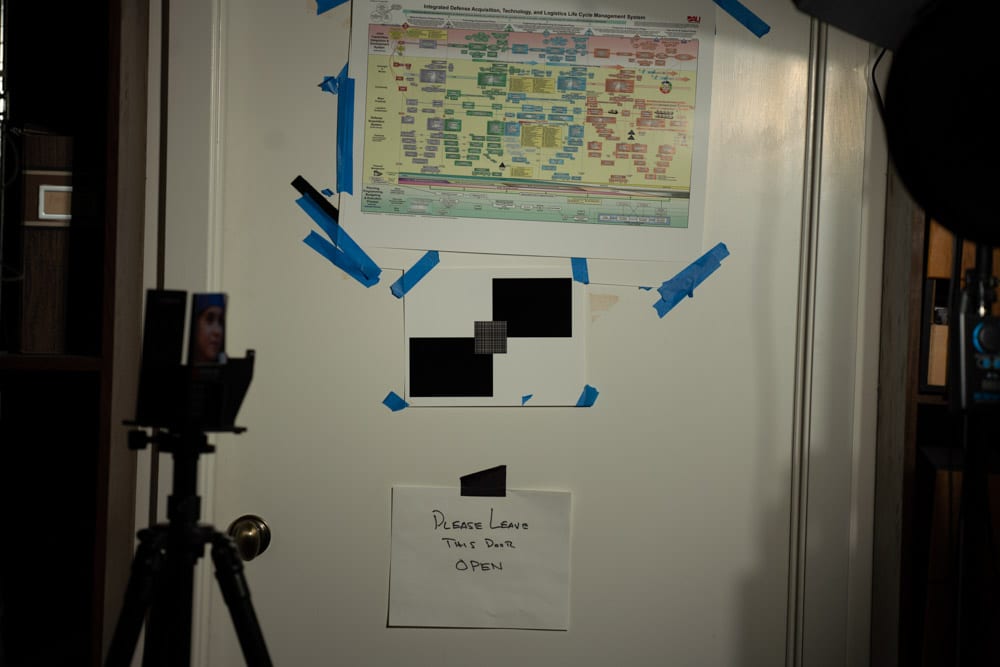 I used the following test conditions

I manually adjusted the cropping in Lightroom for each image so that they were centered. This was no fun, but the target that I used doesn’t support auto-alignment. I computed the MTF50 — a nice proxy for sharpness — for all the images with Imatest. Imatest spit out the data in cycles per pixel. I converted that to cycles per picture height to put both cameras on more of an even footing.

I spent an hour or so crunching the data in Excel. Here’s what I got for the a7RIV: 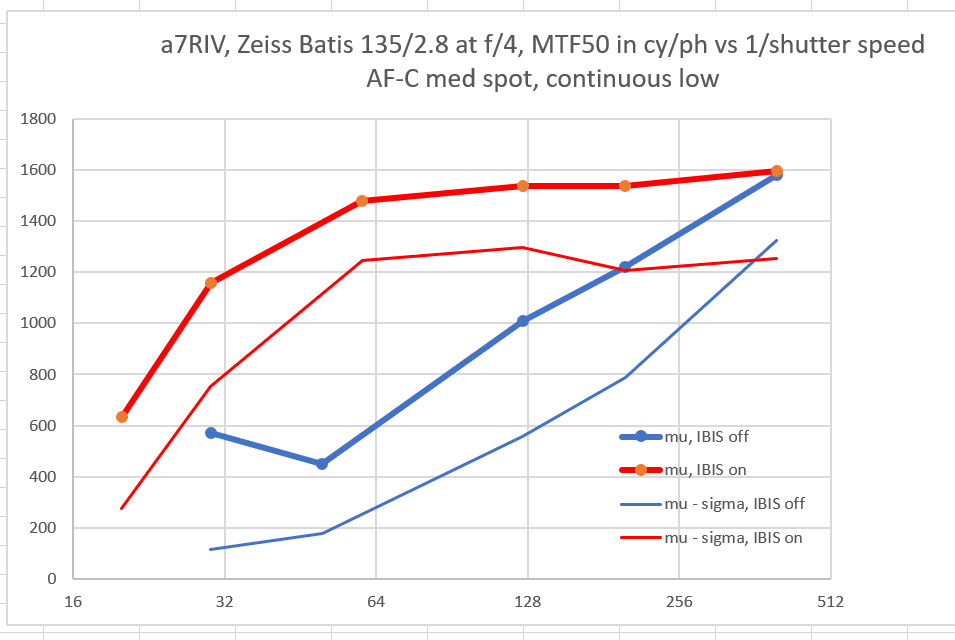 The vertical axis is the MTF 50 in cycles per picture height. The horizontal axis is the denominator of the shutter speed — 1/100 second is plotted as 100. The heavy lines are the mean (aka mu, aka average) values. The thinner lines are the mean minus the standard deviation (aka sigma). At 1/400 second, the results are about the same. But all lower shutter speeds aren’t so hot with IBIS off. 1/200 second with IBIS off is, on average, about the same as 1/30 second with it on. I know some of you are fond of thinking about IBIS improvement in stops; the span from 1/30 to 1/200 is a bit less than 3 stops. 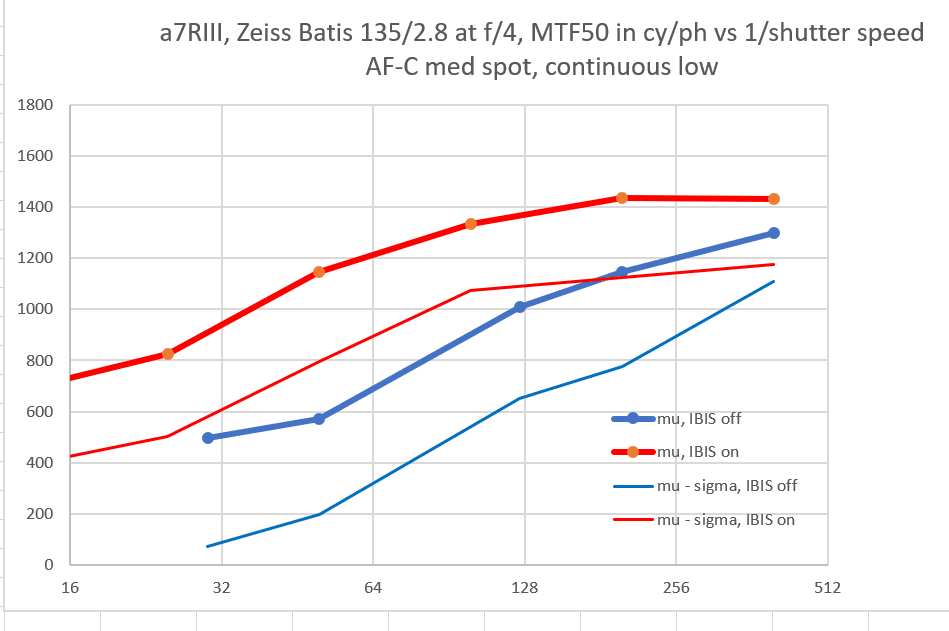 The improvement is somewhat less. 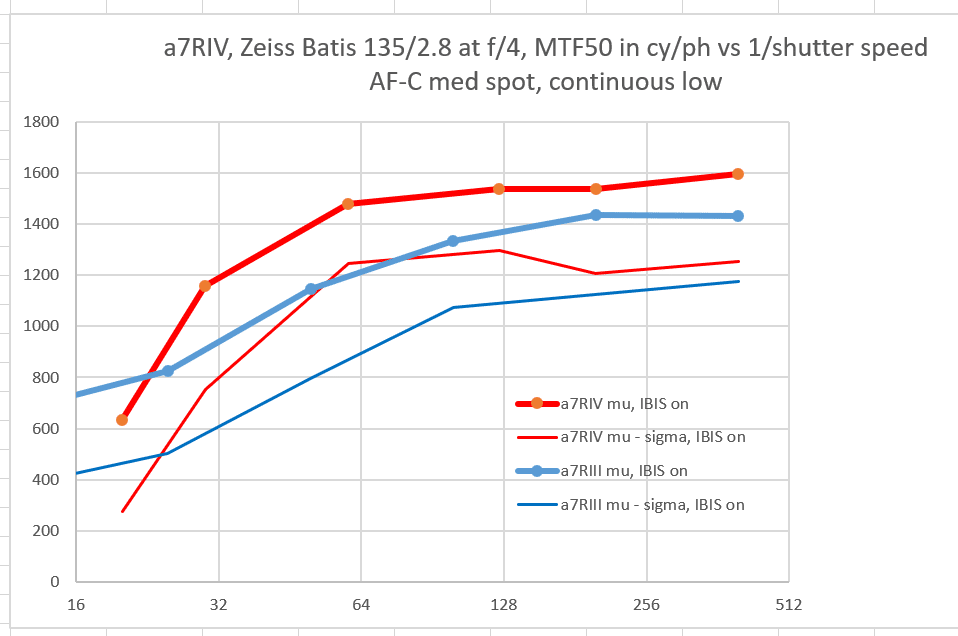 The reason that the a7RIV is sharper at high shutter speeds is that the camera has a smaller pixel aperture due to its finer pixel pitch. It’s go nothing to do with IBIS. But the a7RIV curve is flatter, indicating that the IBIS is working a little better. Not night and day, but not nothing, either. Note that when things go to hell with the a7RIV, they do so more dramatically.

Because the Zeiss Batis 135 has built-in optical stabilization, neither camera is using IBIS for yaw and pitch, but they are using their stabilization algorithms. I may try again with a lens that has no built-in stabilization, but I may not, because I expect roughly the same results, and thanks to the manual alignment required, this test is labor-intensive.