This is the 66th (!) in a series of posts on the Nikon D850.   You should be able to find all the posts about that camera in the Category List on the right sidebar, below the Articles widget. There’s a drop-down menu there that you can use to get to all the posts in this series; just look for “D850”.

The Nikon D850 uses a Sony sensor that, like many modern Sony full frame and APS-C devices, uses conversion gain changing technology licensed from Aptina (Since acquired by ON Semiconductor). That technology is called DR-Pix, and you can read about it here. This approach lowers the read noise for higher ISO photos. In a sense, the camera can be thought of as having two base ISOs. In the D850, the real base ISO of the camera is 64, and the high conversion gain is applied at ISOs of 400 and above, so you could think of ISO 400 as a kind of “base ISO”.

The change in conversion gain causes the D850’s engineering dynamic range (EDR) to take a jump at ISO 400. 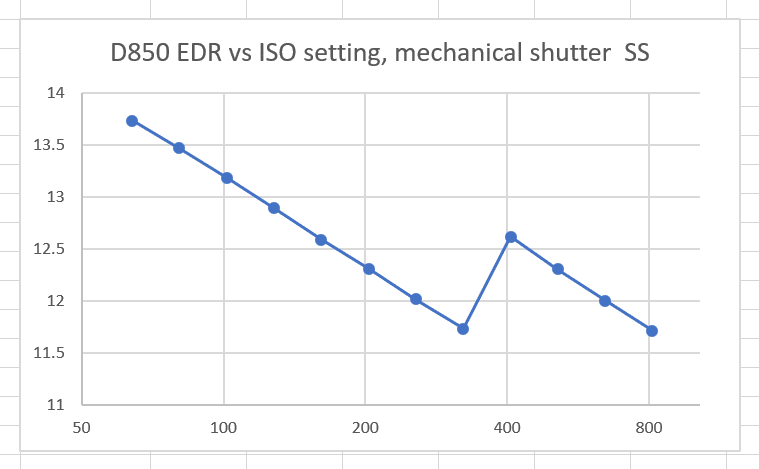 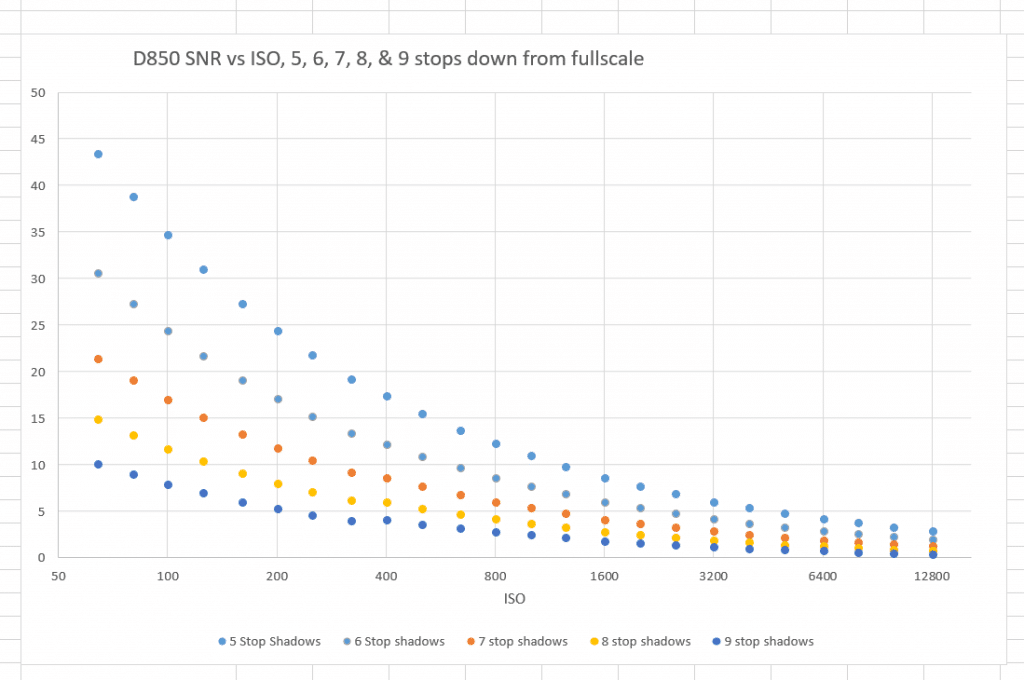 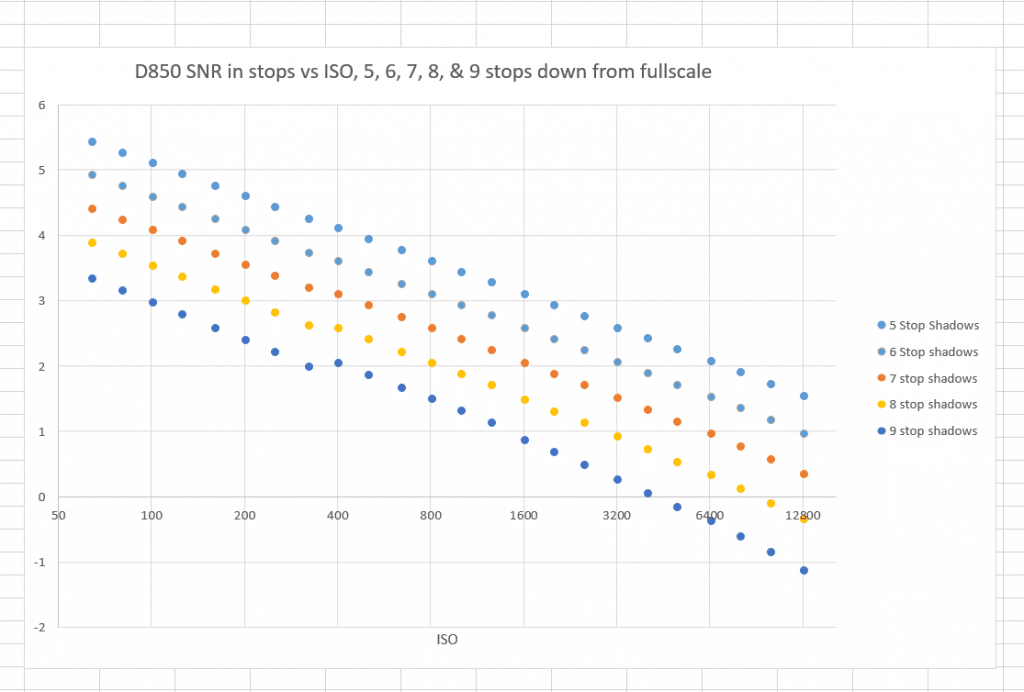 How close to ISO-less is the D850? Let’s look at the improvement in SNR that is created by turning up the ISO as opposed to leaving it at 100, and then switching it to 400. 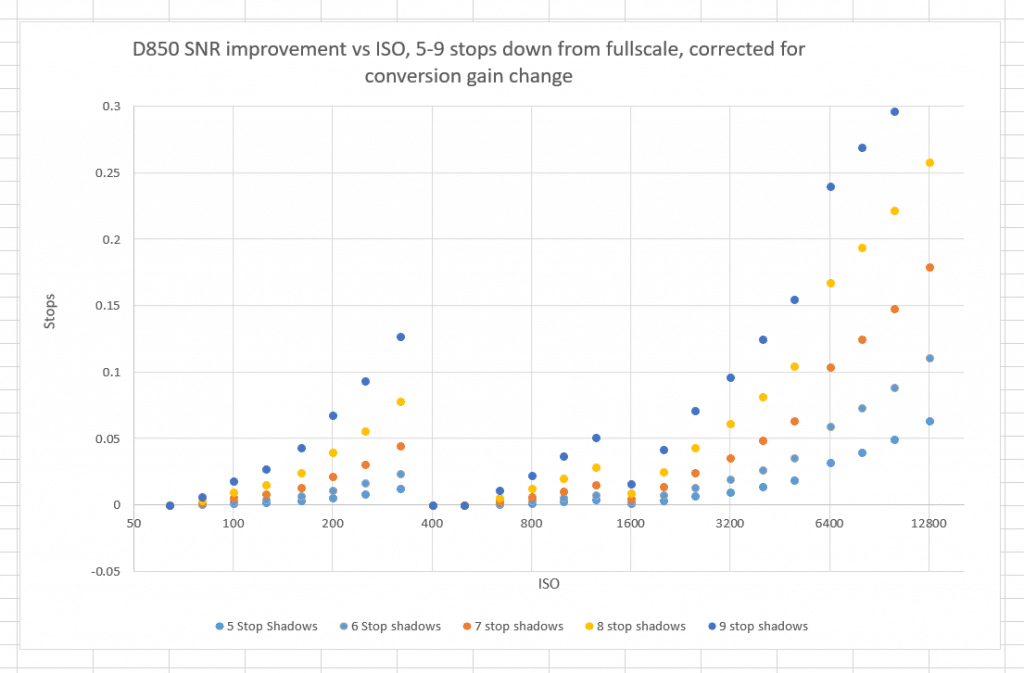 Note the vertical scale; less than a third of a stop from top to bottom. Even with the shadows 9 stops down from fullscale, the D850 is pretty close to ISOless, once you correct for the conversion gain increase as ISO 400 and above. There is some funny business going on at ISO 1600 and above. I suspect digital processing in the camera, but I haven’t been able to prove it. 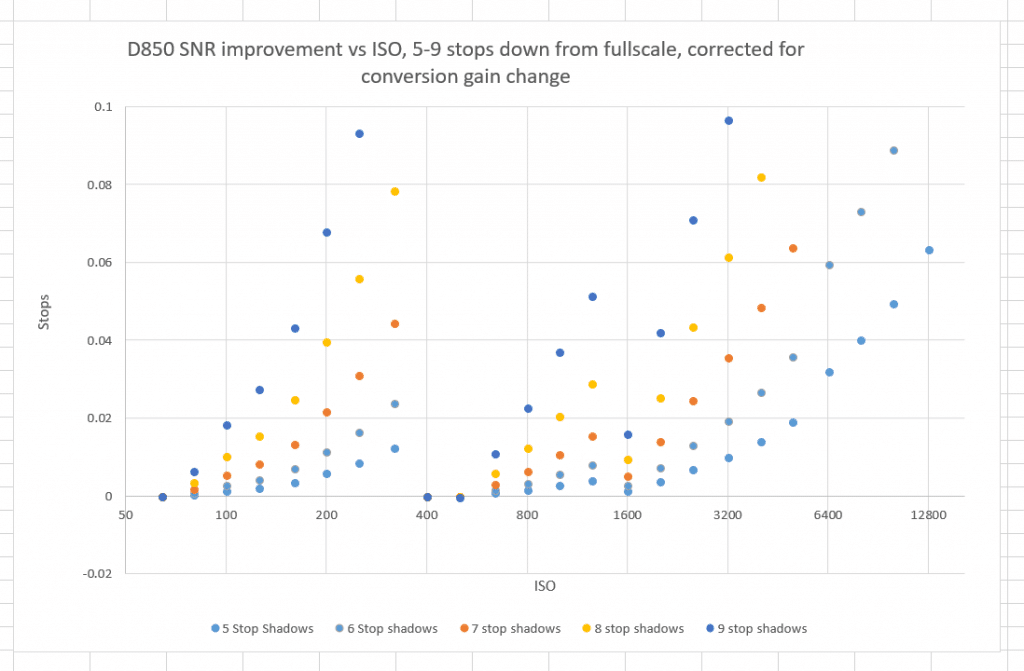 Now the whole vertical span is only a tenth of a stop. If you’re shooting raw and care only about shadows that are 5 or six stops down from full scale, it’s pretty clear that the ISO knob is not helping. You might just as well leave it at 100 or 400 and push the brightness in post-production. Even if you’re concerned about deeper shadows, the ISO know doesn’t make much difference except for that 320-400 step. There is slightly more reason to use the ISO control in the 64-320 region than in the 400-1600 one. 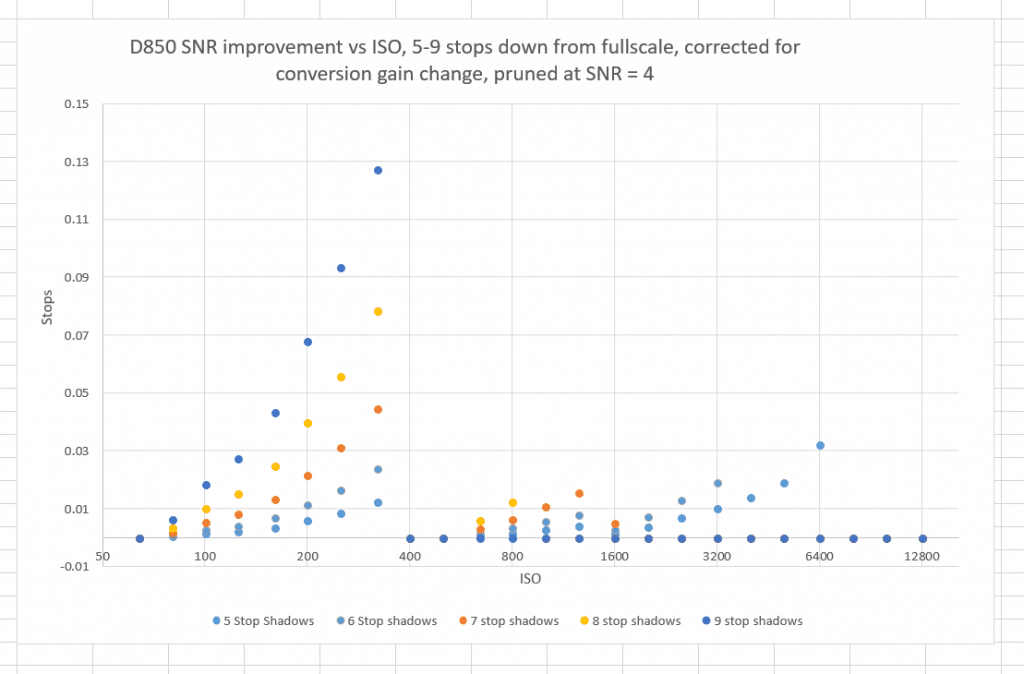 Now the case is even stronger that, above ISO 400, you’re at least as well off to set the camera at 400 and push in post.

There are practical considerations, and I’ll get to them in a later post in this set.