The technique that I used to obtain the images below is explained here.  I made a change for this set of images, which I think is going to be an improvement. I used an Astrozap artificial star for my light source instead of the LED flashlight. The artificial star is a much better approximation to an ideal point source, but it is rather dim. I moved the camera around and captured the PSFs in one quadrant, then mirrored and assembled them in Photoshop. I used a GFX 100S for the captures.

I’ll show you the lower left quadrant, since the PSFs are rotationally symmetric. 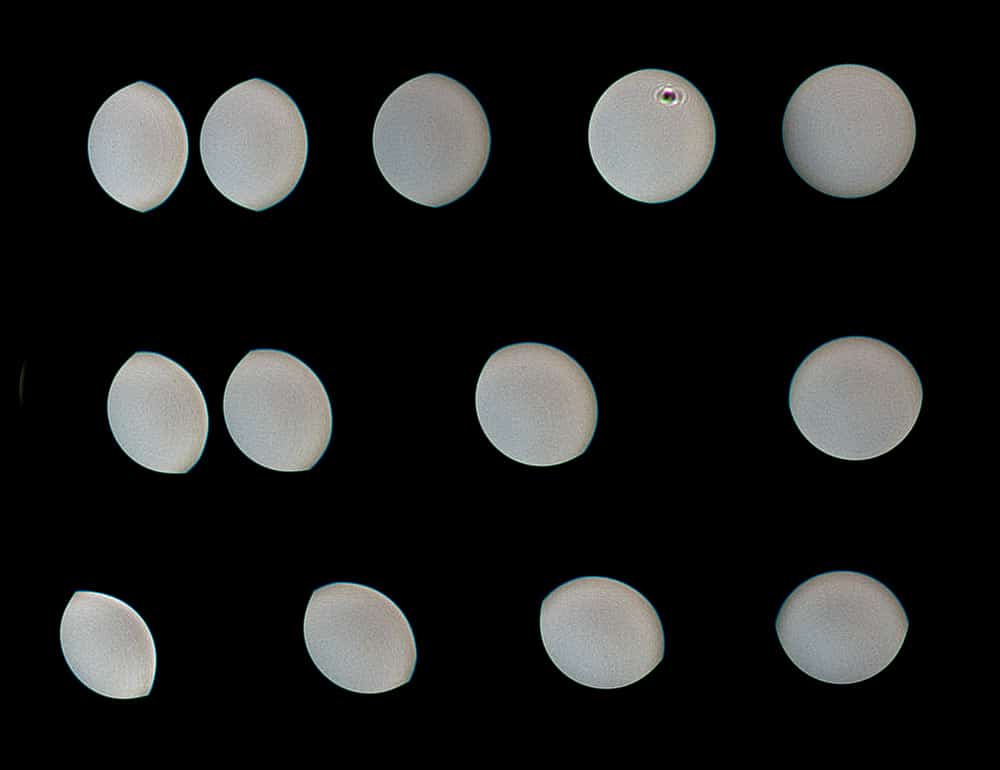 What’s that thing in the OOF PSF second from the right in the top row? That, folks, is a dust spot. It looks like a perfectly ordinary dust spot if you stop the lens down to f/22 and aim it at a blue sky, but it looks like waves radiating from a big meteor smacking into a planet here.

I took the above image and flipped it around a bit so you can see what the whole frame would look like: 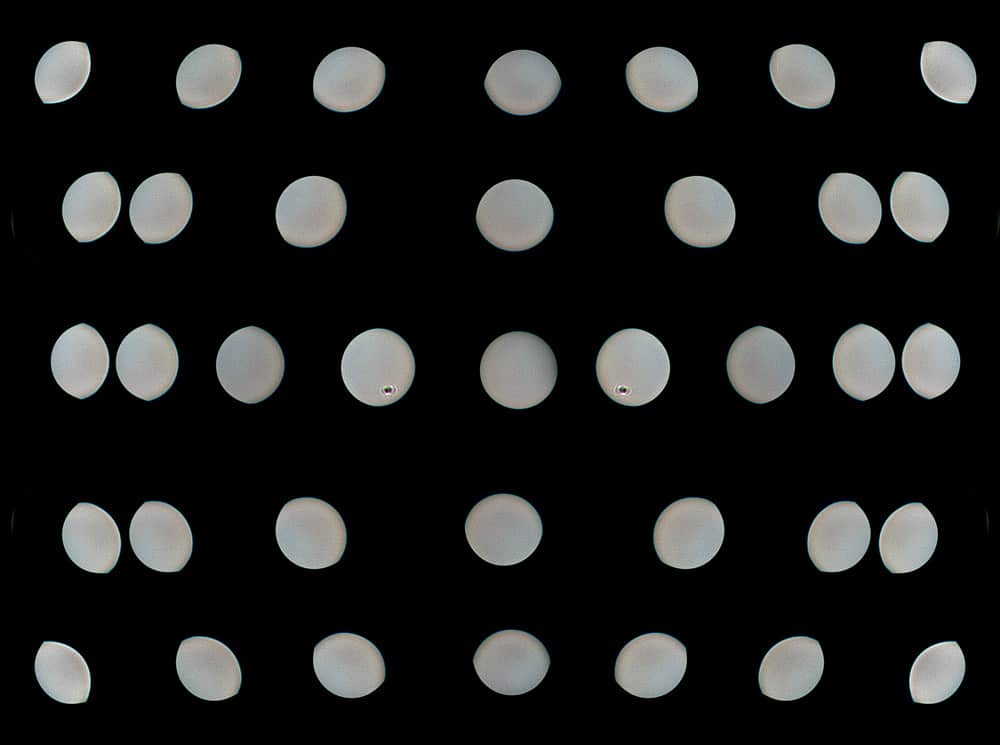 The blobs are pretty clean, although they do show some onion-ring effects. The mechanical vignetting (cat’s eye) isn’t too bad. In fact, the OOF PSFs look a lot like those from the Fujifilm 110 mm f/2 lens.

The other piece of bokeh is the way the image changes as the focal plane is progressively moved. I put the star in the center of the image and moved the focal plane in 10 micrometer (um) steps for the next composite. The top and left images are front focused, and the bottom and right ones are back focused. 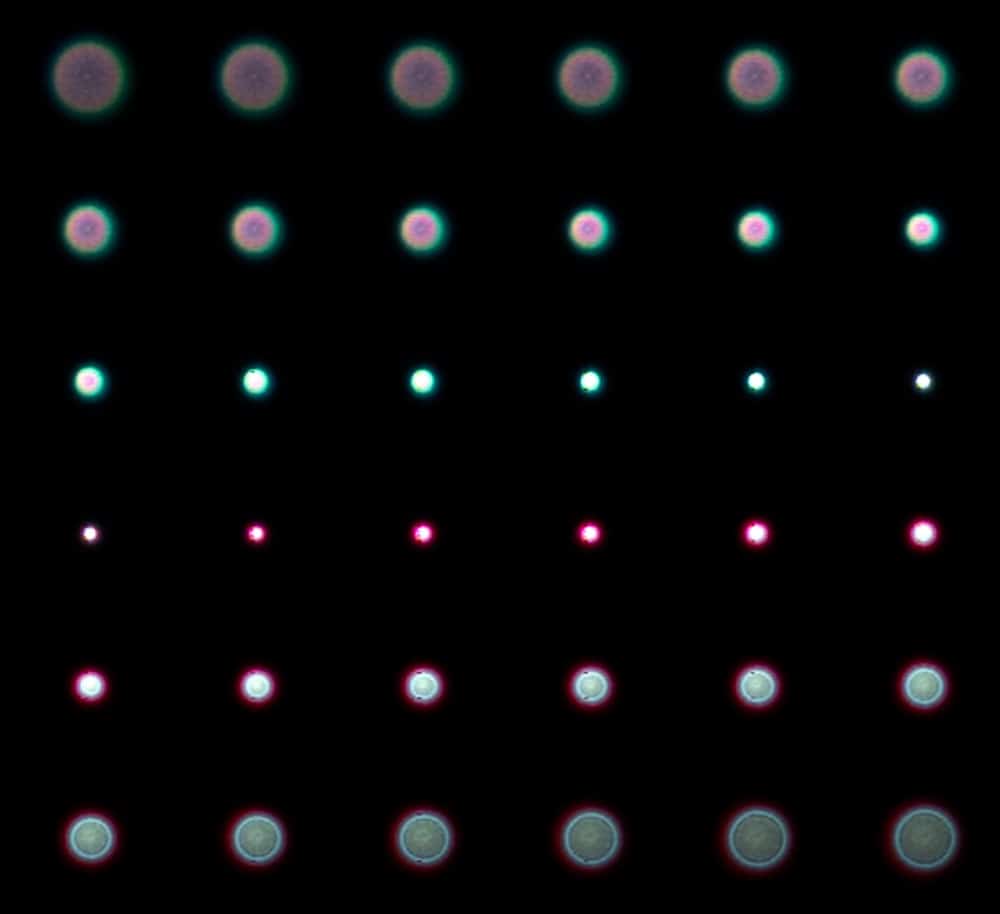 It is striking how much the color changes as the focal plane is moved. This is a lens with a lot of longitudinal chromatic aberration (LoCA).

The captures that were close to in focus above are blown out. Let’s take a look at them, this time moving the focal plane in 5 um steps. 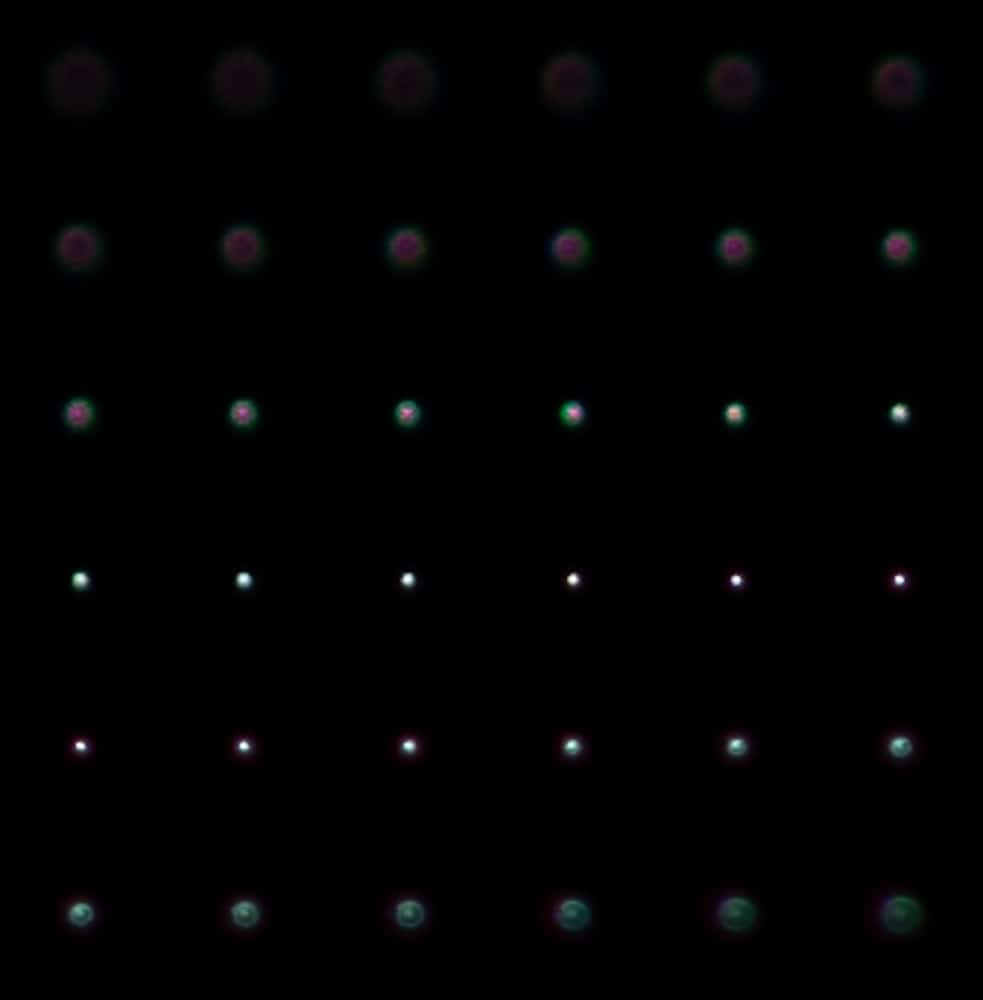 The in-focus shot is quite sharp.

Now we’ll look in the corner, first with 10 um steps: 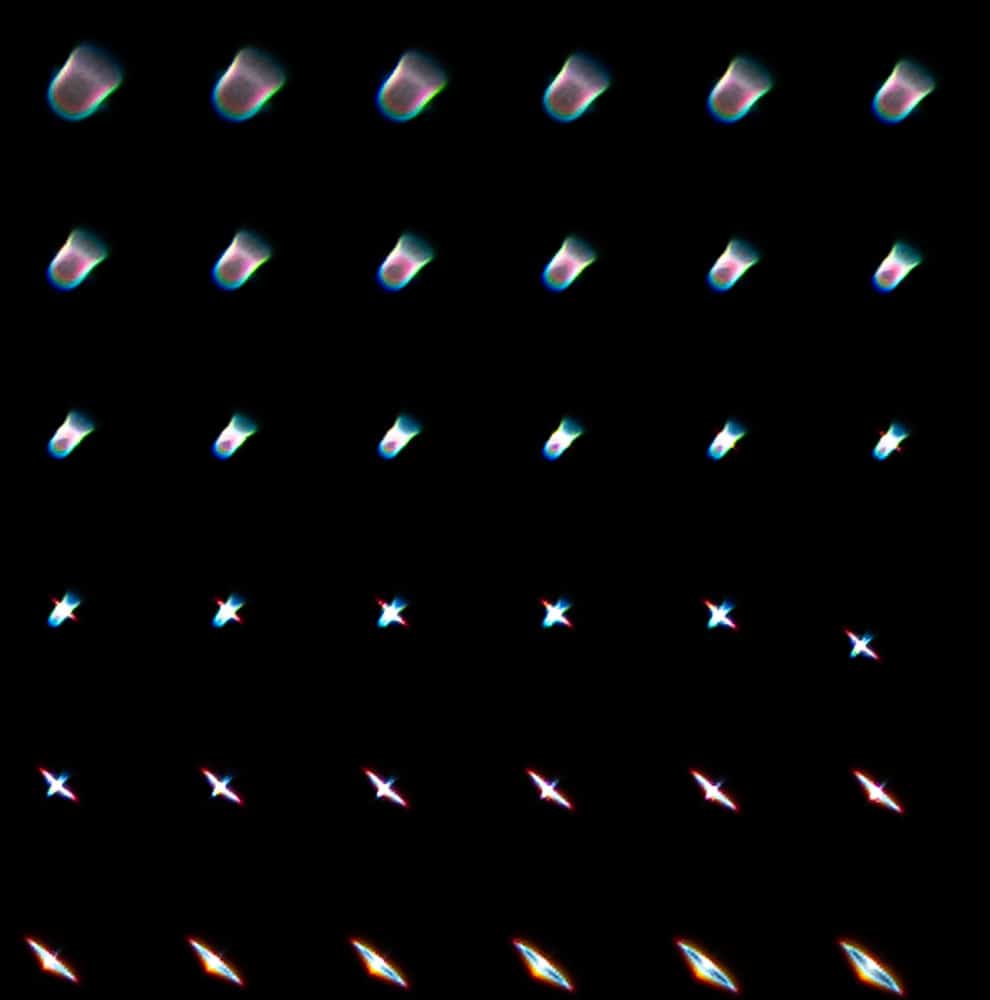 Oh, my. There are a lot of aberrations.

Close to in focus, with 5 um steps: 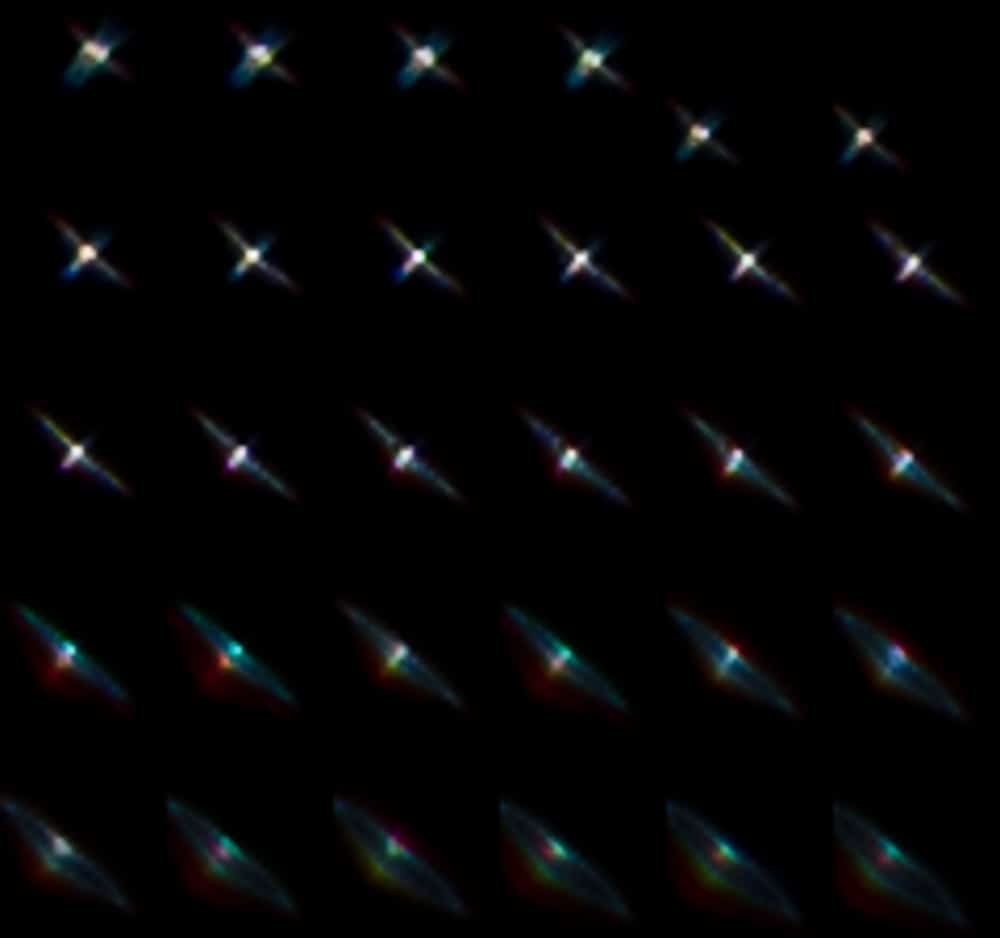 Compare these with an excellent, but conventional, zoom.