I’ve been writing about the PDAF banding in the deep shadows of the GFX 100 images for a while, and someone over on LuLa had what I considered an off-the-wall idea: look at the in-camera JPEGs instead of the raw files and see if Fuji has fixed the issue there. Didn’t seem likely, but you never know until you try so I made 6-stop underexposed images of my bookcase in both raw and Super Fine JPEG, brought them into Lightroom, gave them each a 5-stop exposure boost and +100 setting for the shadows. I white balanced to the spine of one of the white books. 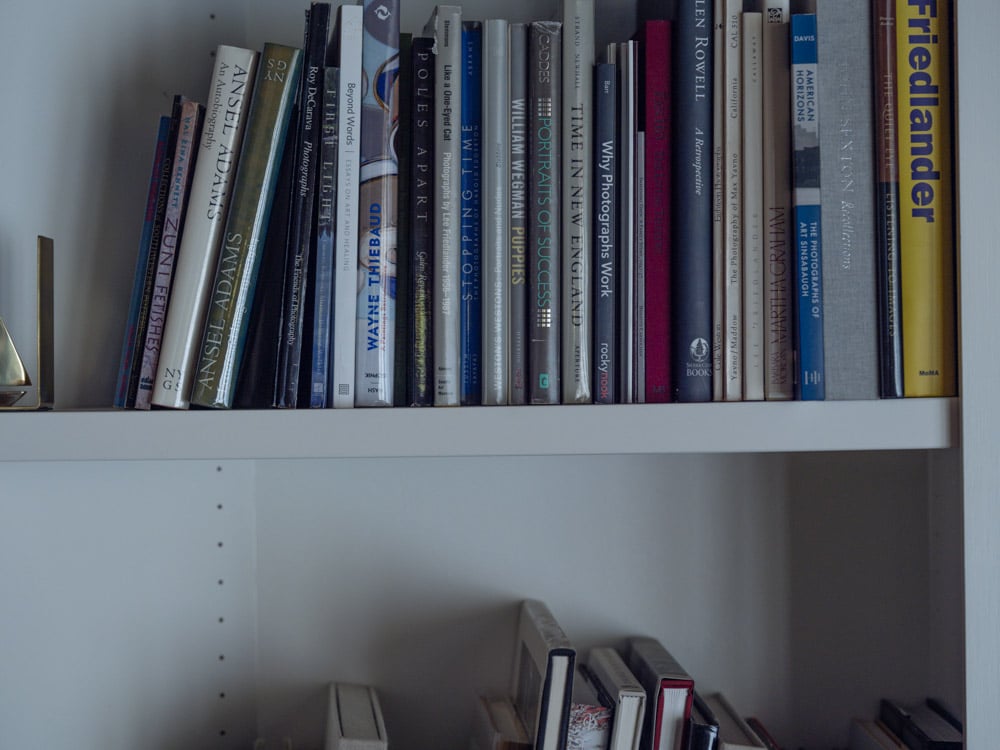 Here’s a tight crop of the raw file (I used Adobe Color profile and sharpening set to amount 20, radius 1, and detail 0): 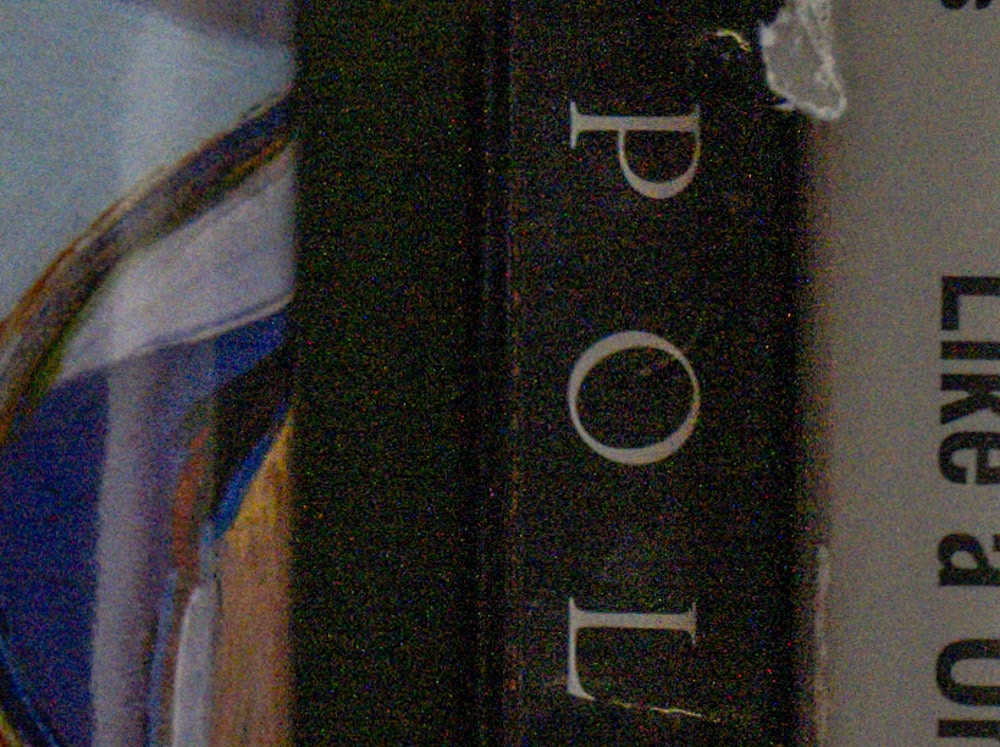 And here’s a crop based on the in-camera JPEG: 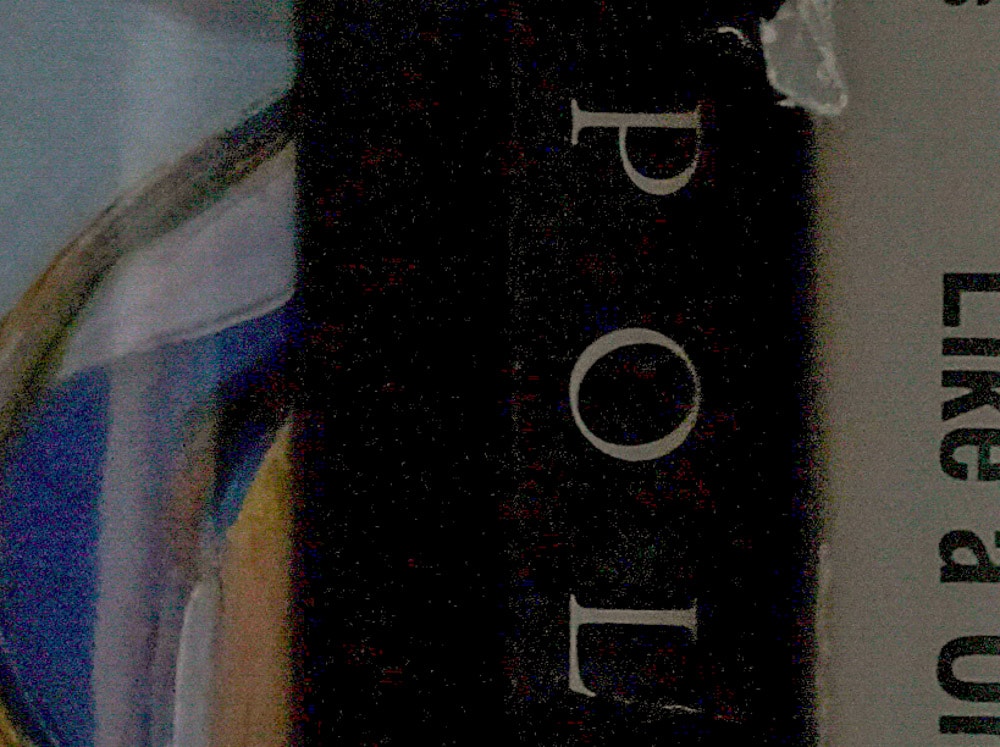 You can still see the banding, just not in the darkest areas of the image. The in-camera JPEG crushes the blacks so hard that the banding is less apparent. It also employs heavier noise reduction.