I’ve been scanning up a storm with my new home-brew GFX 100S scanner. 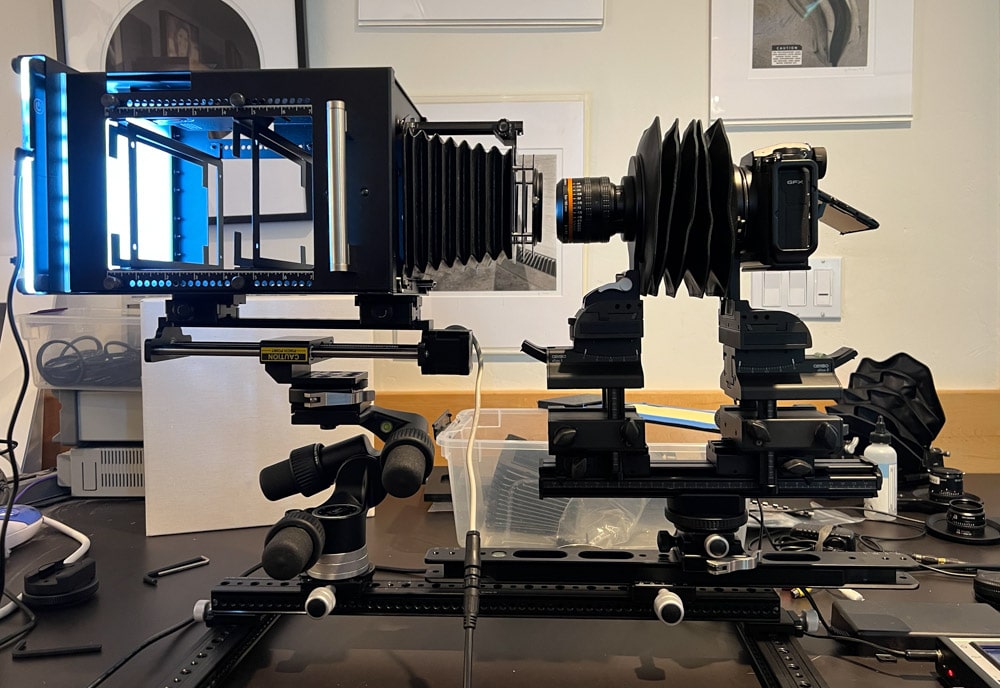 I’ve been getting what I consider to be good scans — certainly as good as I was able to get with my now abandoned-and-unsupported-by-the-factory Imacon Precision III. But I wondered if I could get better ones if I used the GFX 100S pixel shift feature.

I scanned this negative both ways: 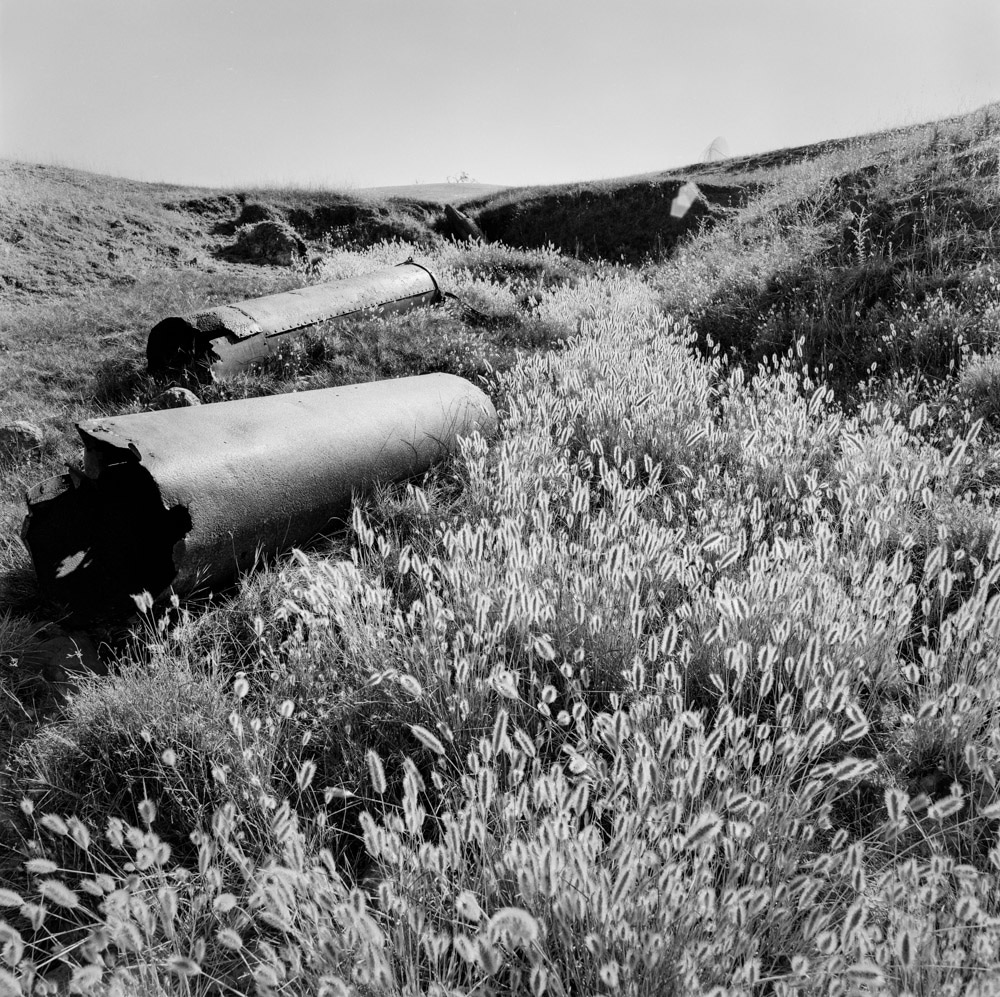 I processed both stacks (480 images for the pixel shifted version, 30 for the straight stack). I doubled the size of the non-shifted image in both directions in Photoshop using automatic interpolation.  Then I looked at an area with quite a bit of detail in the negative (shown here at 1:1 magnification):

The shifted image is a bit smoother, but that may have more to do with processing differences than scan pitch.

Here’s an area where there’s a lot of visible film grain:

There is more detail in the pixel shifted image. There’s more grain, too, and the grain appears to be lower in spatial frequency. That’s due to grain aliasing.

I was concerned that vibration would be an issue for the pixel shifted captures. It is not. I am using a vibration-isolation pad under the “scanner”.

Here’s a picture of the scanner where you can see it: 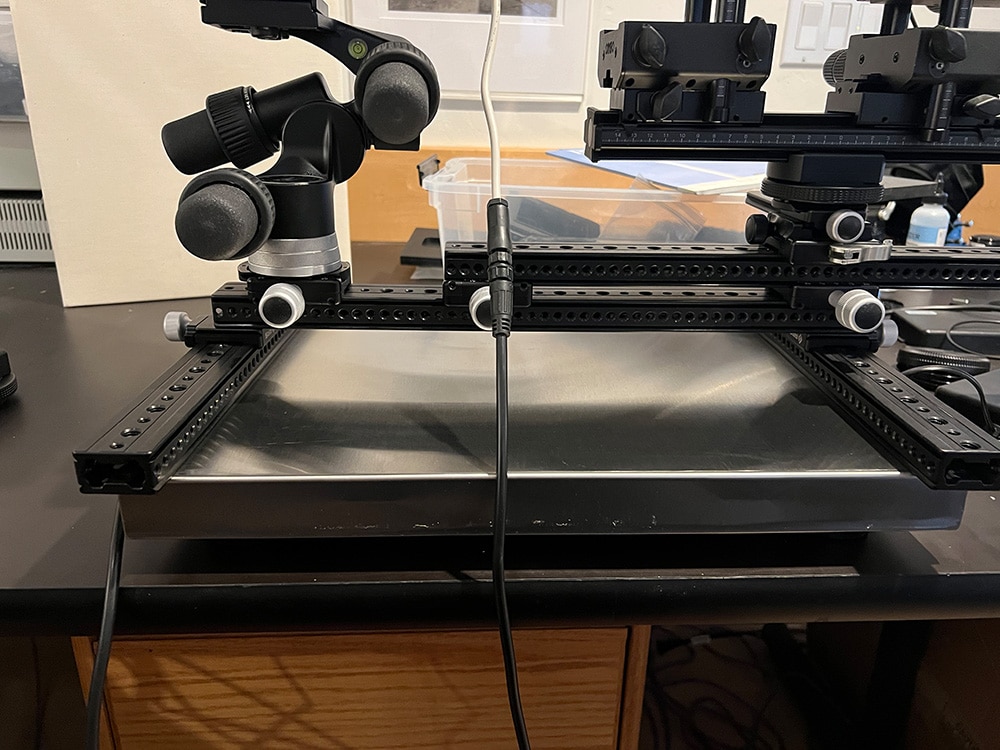 With such different workflows, it’s hard to get the processing close for these comparisons.

I’ll make some prints of these images to see whether the differences in the scans are significant in prints.