This is the 36th in a series of posts on the Hasselblad X2D 100C camera and the XCD lenses. You will be able to find all the posts in this series by looking at the righthand column on this page and finding the Category “X2D”.

In the previous two posts, I looked at 15 minute dark field exposures made with the Hasselblad X2D and the GFX 100S at ISO 800 and 1000 respectively.

There appear to be many people whose main use for long-exposure images is for subject blurring. Those people typically use neutral density filters and base ISO. I received requests to condict the same sort of 15-minute exposure tests at the base ISO for both cameras.

I made two exposures.

I analyzed the images using RawDigger, and calculated the raw channel engineering dynamic range (EDR), which in this case I’m defining as full scale over the rms noise (the standard deviation of the noise), using a 600×600 pixel center crop. 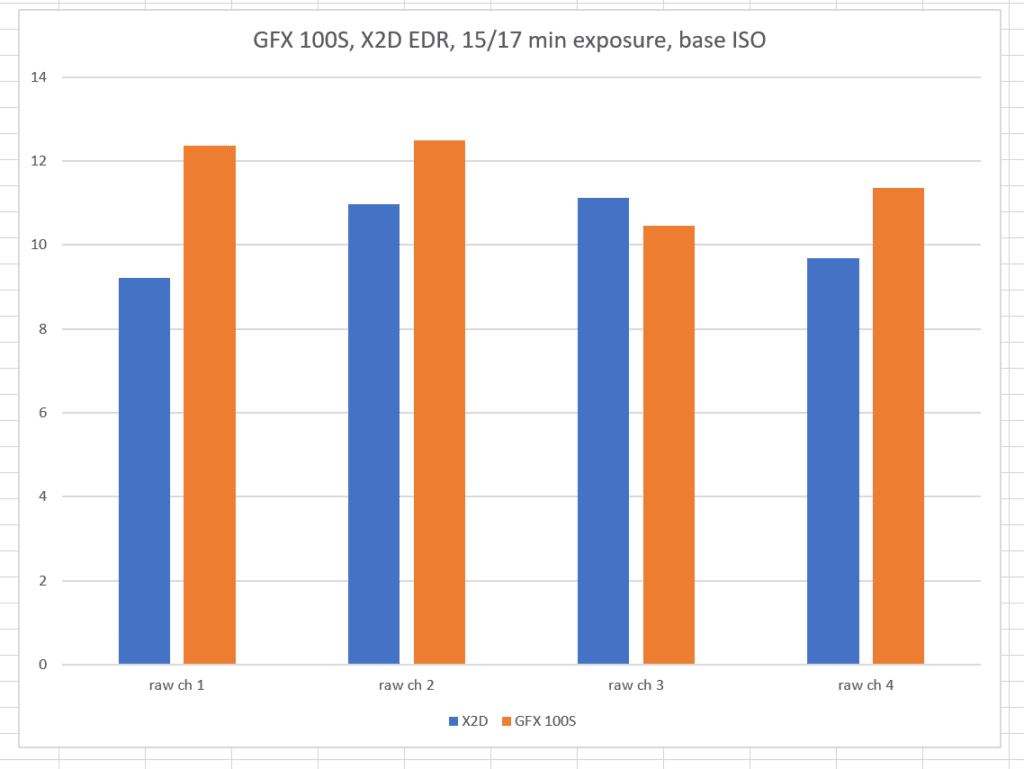 In three of the four raw channels, the GFX 100S has significantly better EDR. But the raw channels are assigned to different color layers on the two cameras. 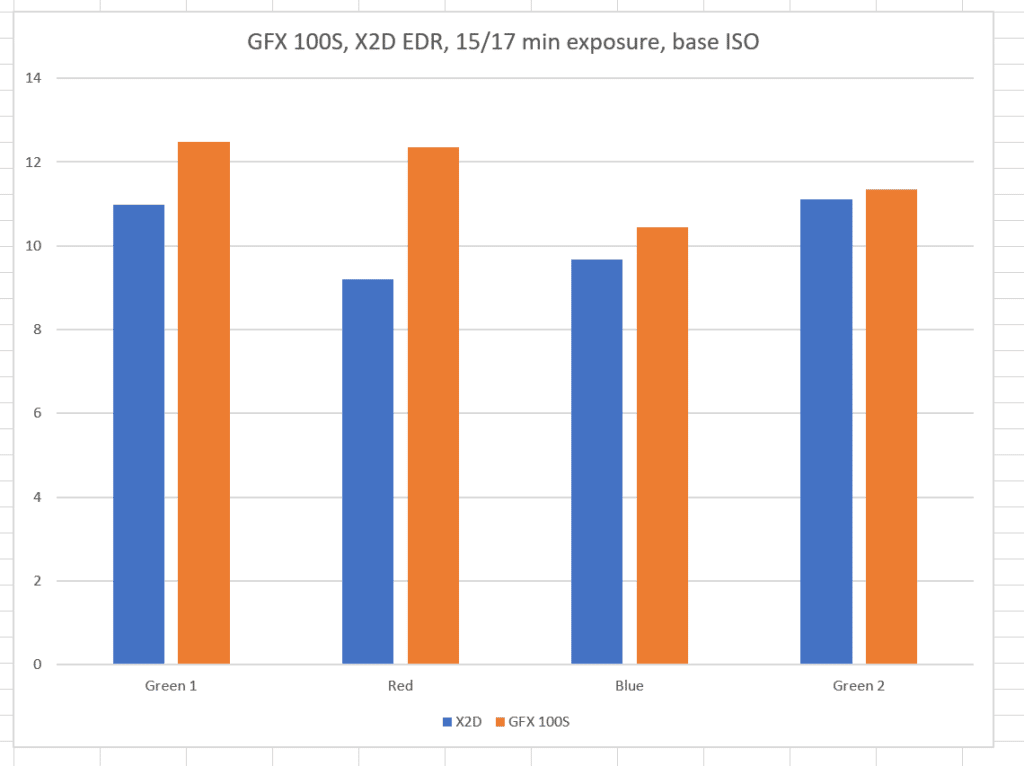 Now the GFX 100S is better everywhere, but the second green channel is close to a tie.

There are differences in the black point calibration of the two images: 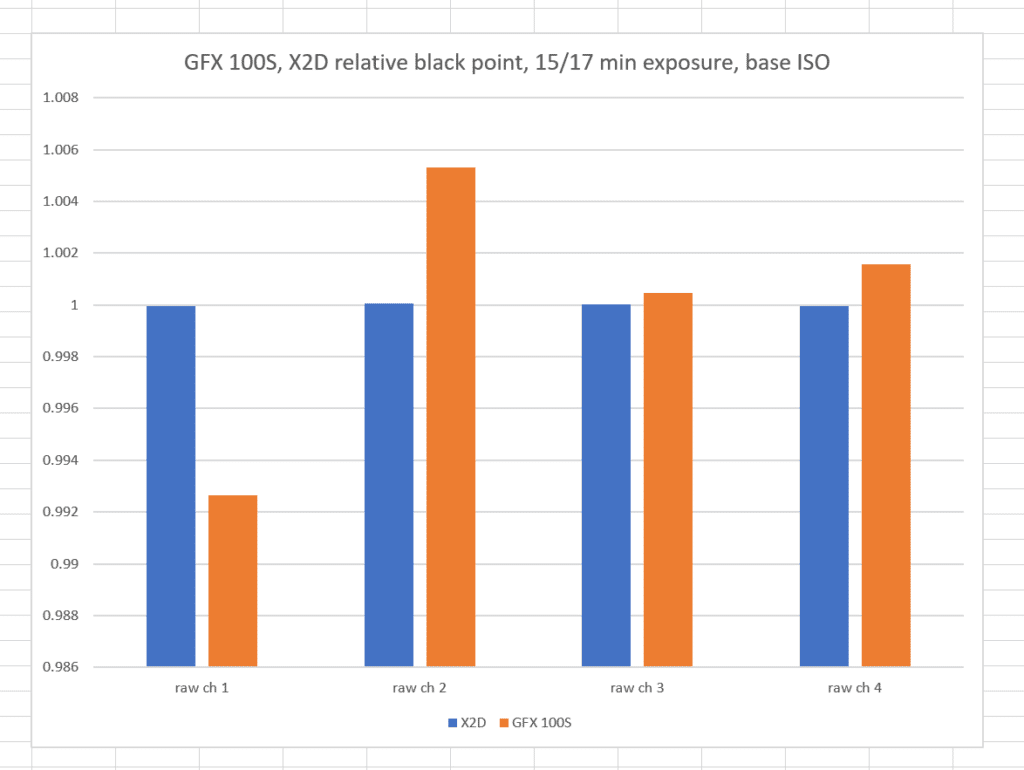 The X2D is remarkably consistent across the raw channels. The GFX, while still excellent, is much worse.

I brought the images into Lightroom, and gave them both a 9-stop exposure push, with white balance set to daylight, and sharpening and noise reduction turned off. Here’s a 1:1 crop from the center part of the image.

It looks like there is some processing taking place on the X2D image that is resulting in a radial black point shift. 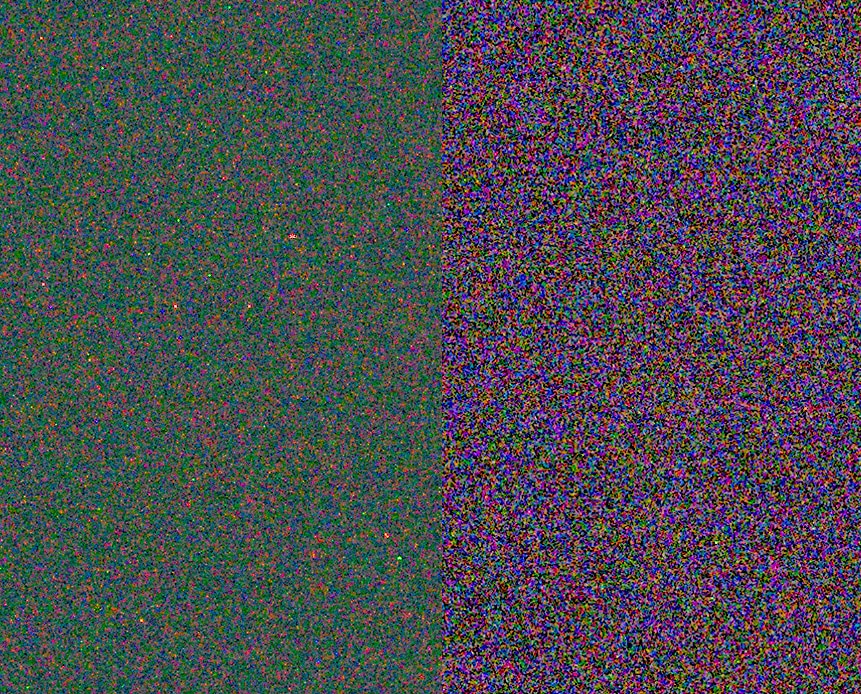 The GFX 100S is on the right, and the H2D is on the left. The GFX image appears noisier.

Developing in Phocus with defaults except for white balance and exposure yields this: 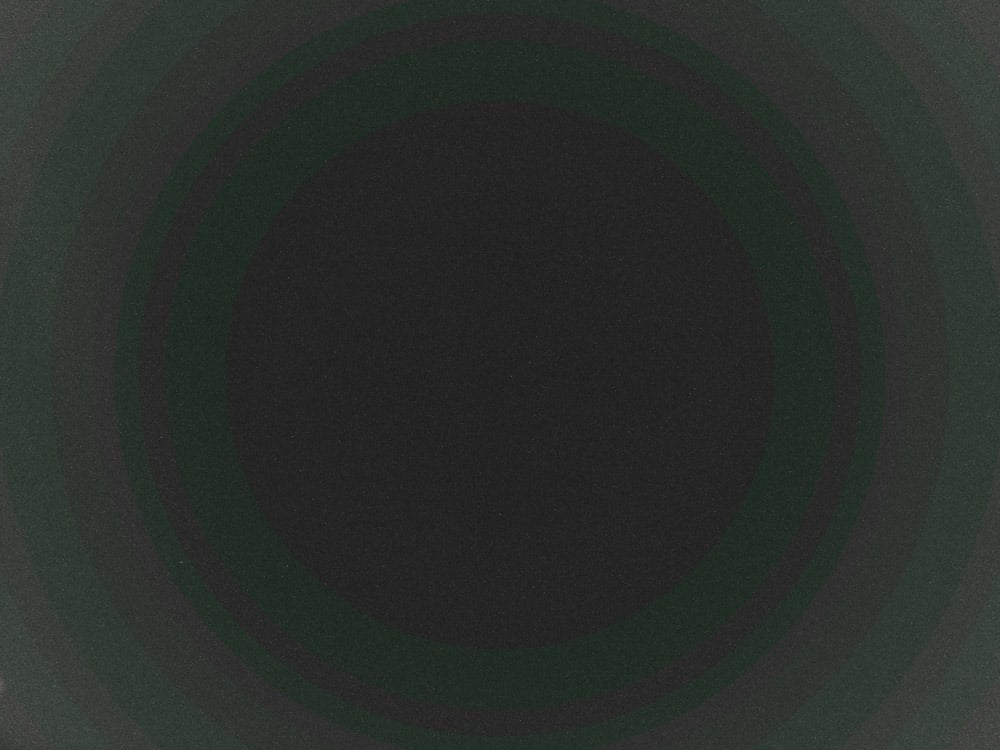 Phocus gets the black point right in the center of the image. 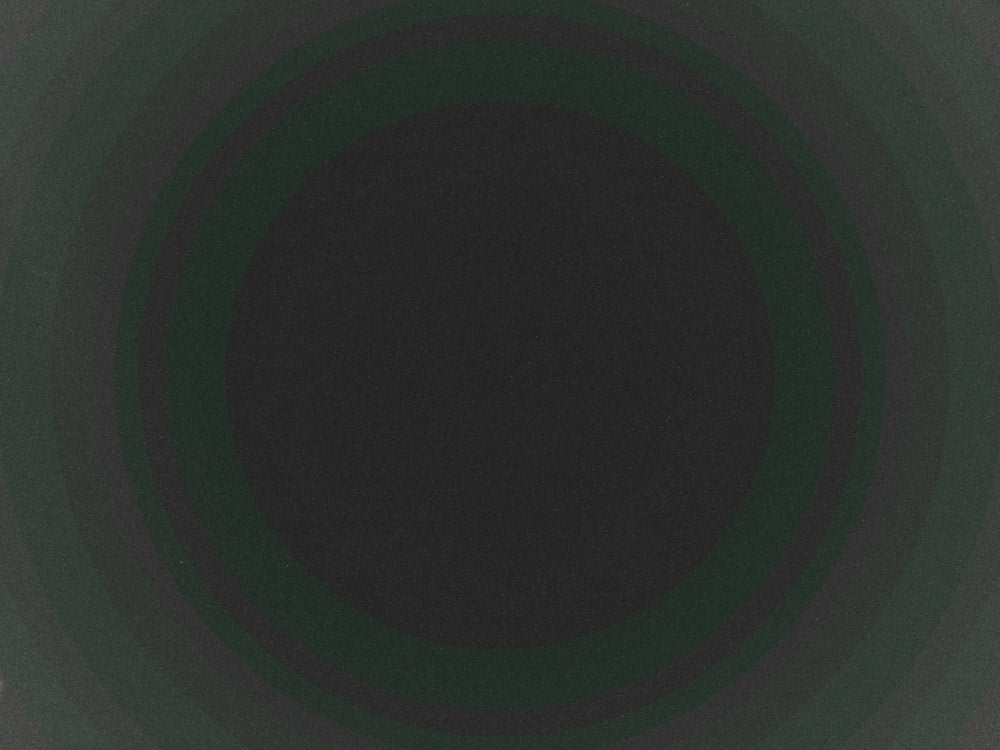 Here’s an image with lens corrections turned off in Phocus: 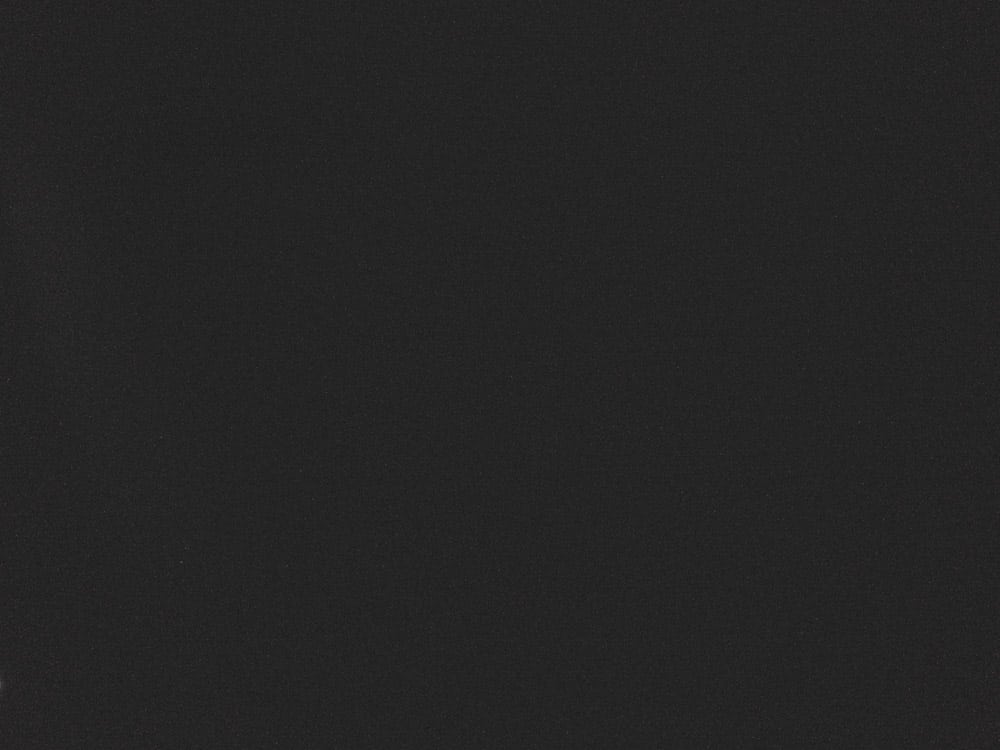 Here’s a set of spectral analyses of the raw planes. 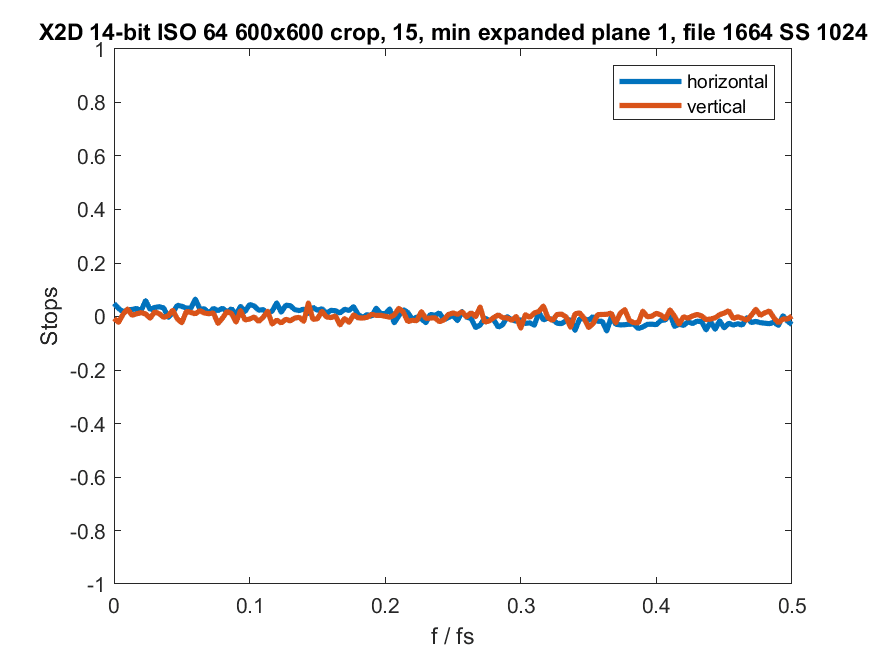 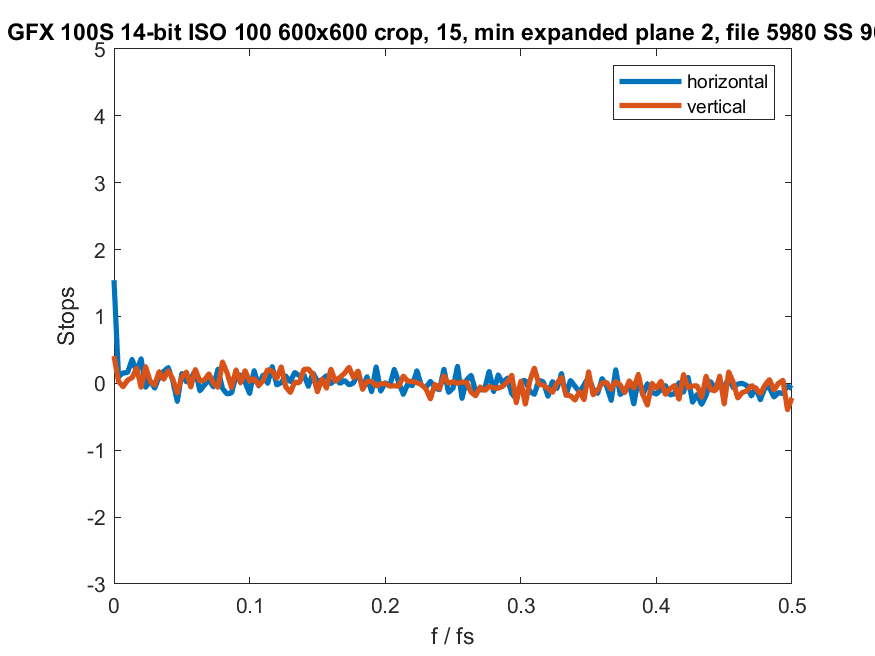 The vertical axes are different so that you can see how much energy there is on the GFX image at frequency equals zero.

Aside from the GFX spike at dc, the spectra are pretty flat. 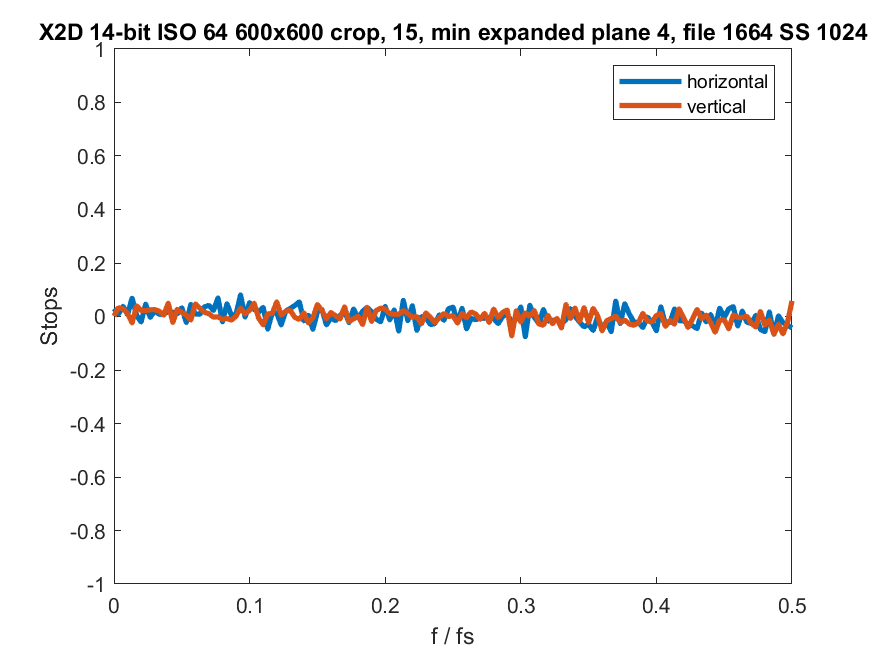 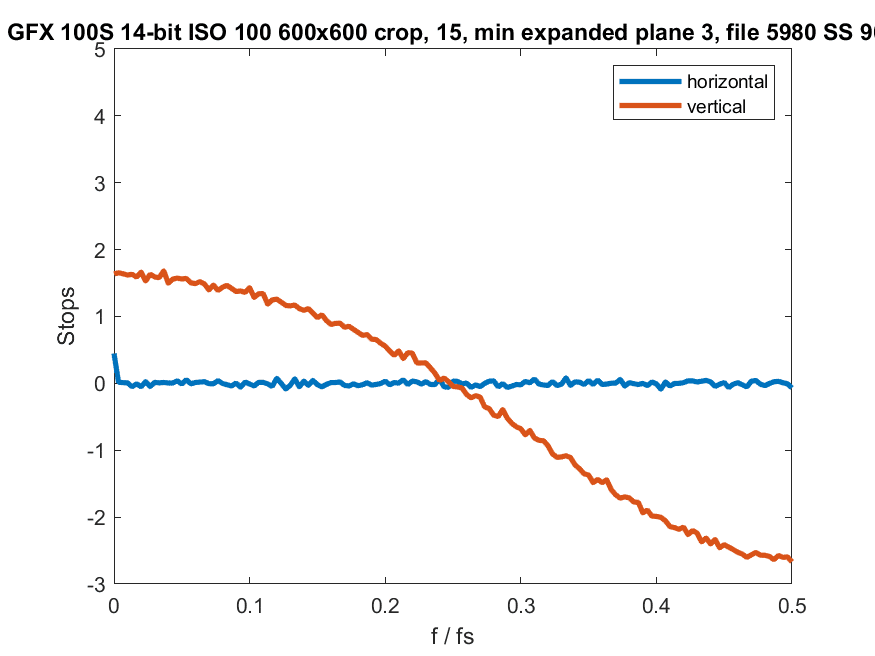 The GFX has a big high frequency rolloff.

The first green channel for each camera: 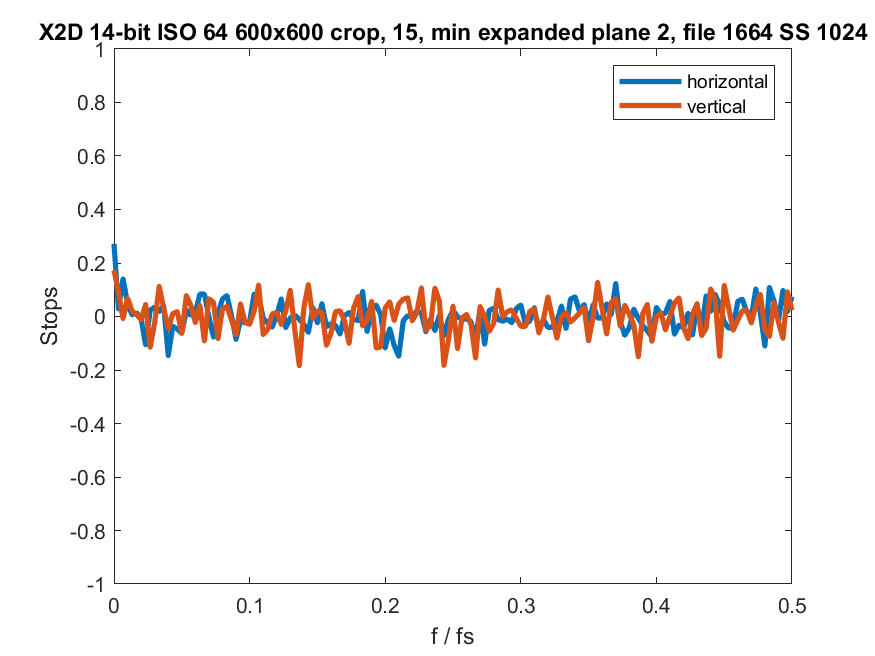 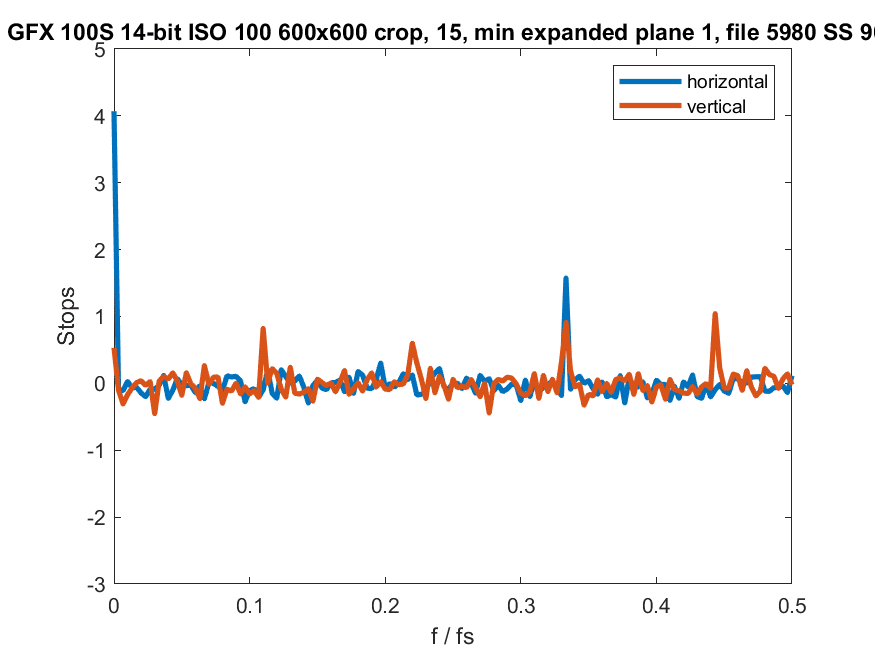 Big spike at dc for the GFX.

The other green channels: 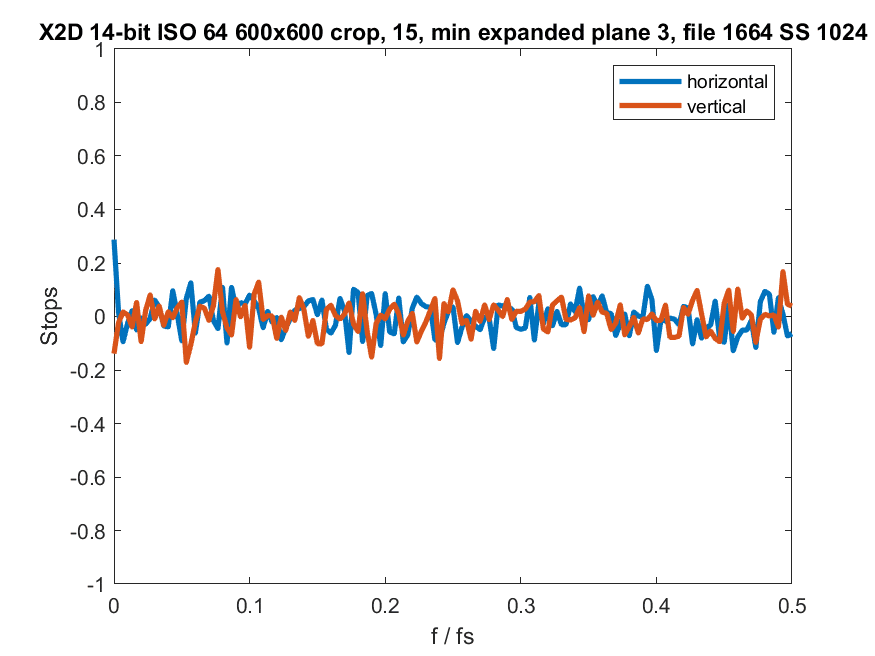 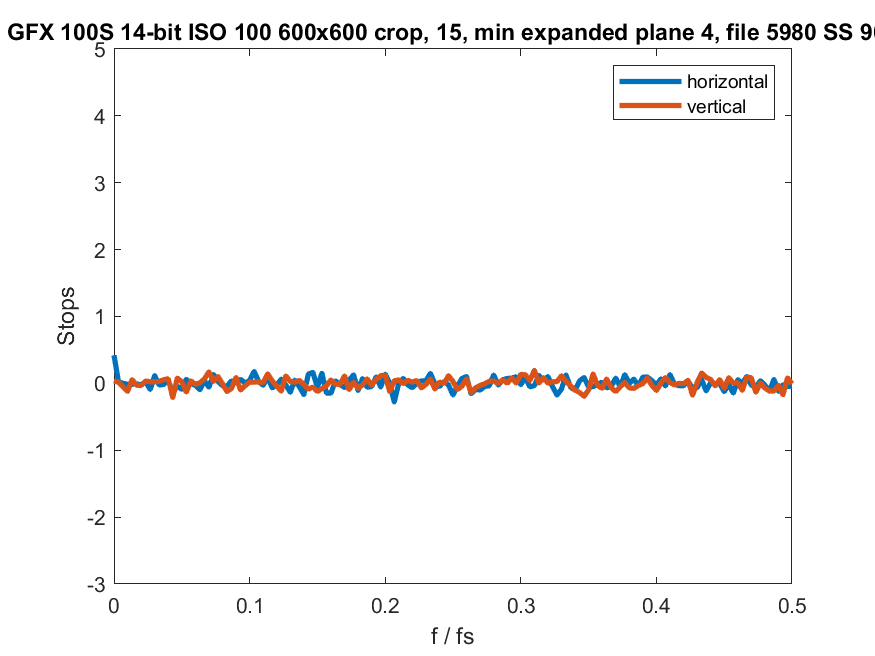 Those are both pretty flat.