A reader asked about the Adobe Neutral XMP profile. With a hint to this path: C:\ProgramData\Adobe\CameraRaw\Settings\Adobe\Profiles\Adobe Raw\

I found it and imported it. Then I tried it on the Macbeth chart sunlit captures made with the Sony a7RIII, the Nikon Z7, and the Fujifilm GFX 50S. Here are the summary stats with Adobe Color and Adobe Standard included for reference: 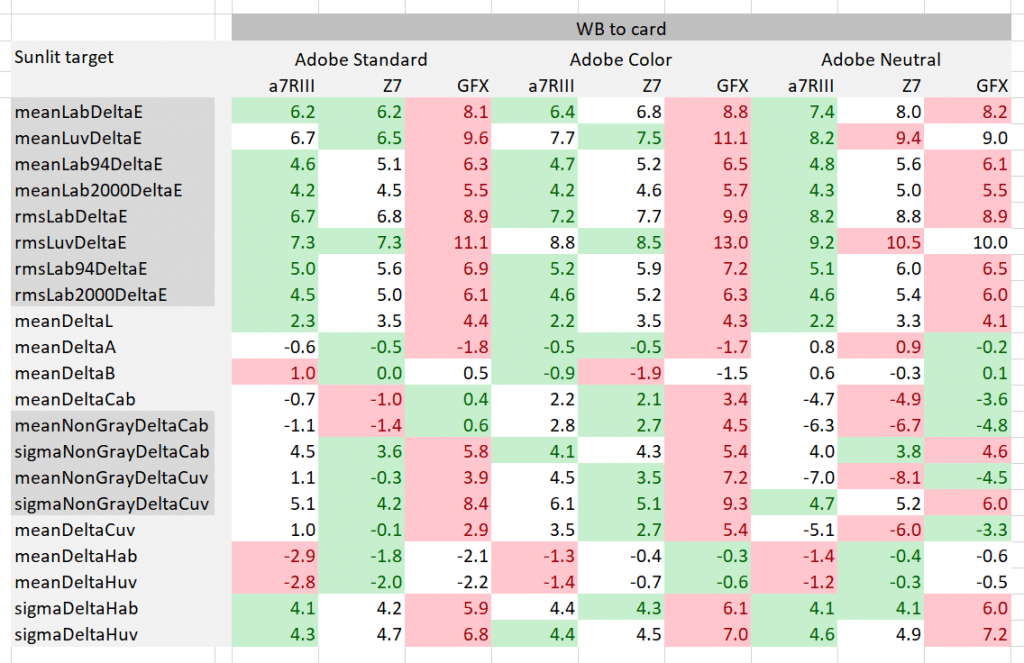 The Adobe Neutral profile is about as accurate as Adobe Standard, but the errors are interesting. They are mostly in the direction of desaturating the patch colors. The hue angles, especially with the Z7 and GFX, are very accurate. With respect to hue, it is the most accurate of the three for all the cameras. It is also the least saturated.

If we look at the CIELab chromaticity charts, we can see that: 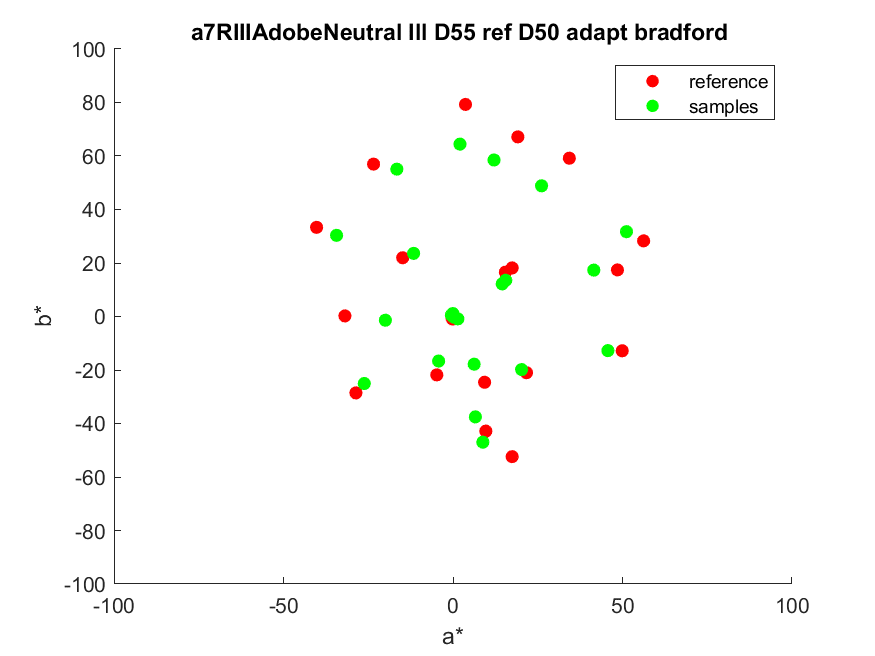 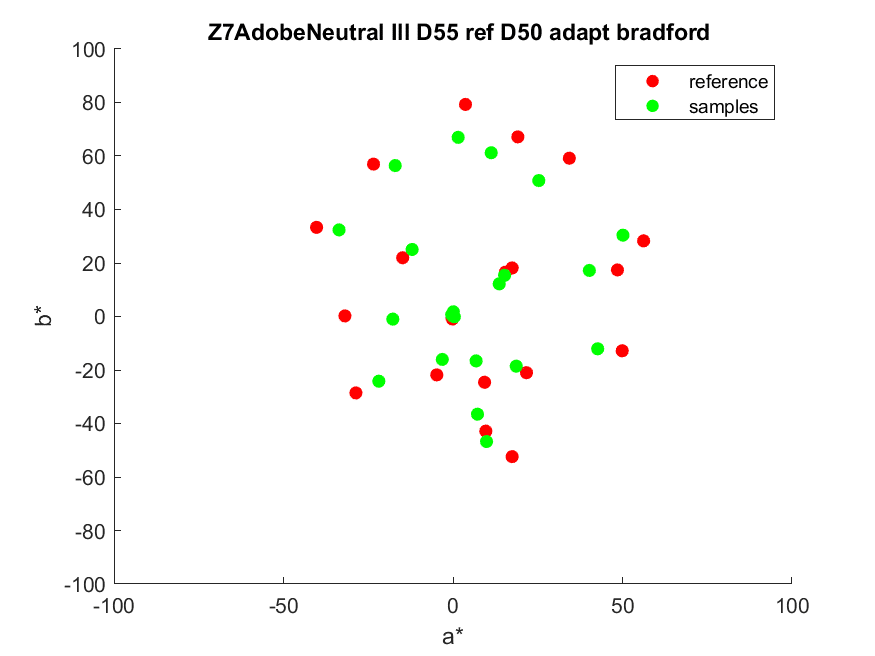 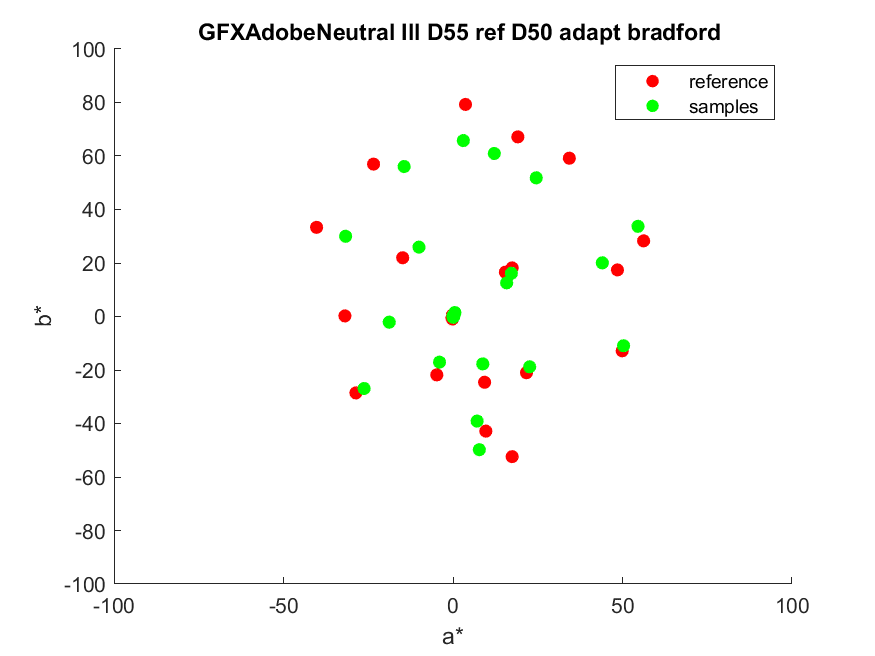