There have been reports of large amounts of focus shift with the 35 mm f/1.8 Nikkor S on the Nikon Z7. Several people have asked me to take a look. I finally got around to doing the tests, and here’s what I found. 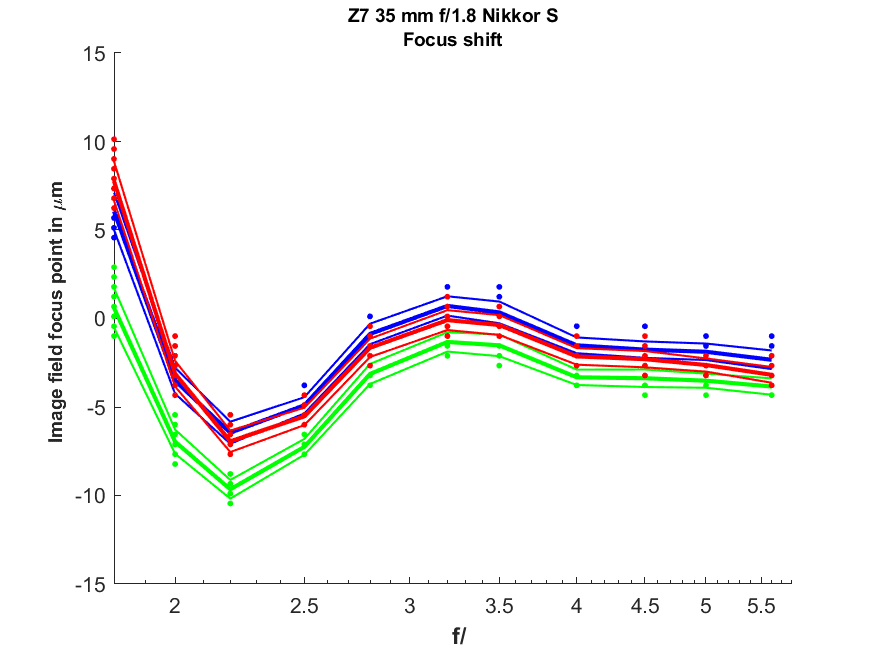 I made 32 images at 55 cm at each aperture, starting wide open and proceeding in one-third stop steps until f/5.6. Plotted above as dots are the image field (sensor plane) focussed distances for all the samples for each of the Adobe RGB color planes. The difference between the three color planes is a measure of longitudinal chromatic aberration (LoCA). The distances are measured from the average of the green plane samples with the lens wide open. Backfocusing is indicated by positive numbers and front focus by negative ones. The heavy lines are the average of all 32 samples at each aperture, and the lighter ones are plus and minus one standard deviation away from that.

You can see that this lens has moderate LoCA wide open and that the LoCA diminished substantially by f/2.5. 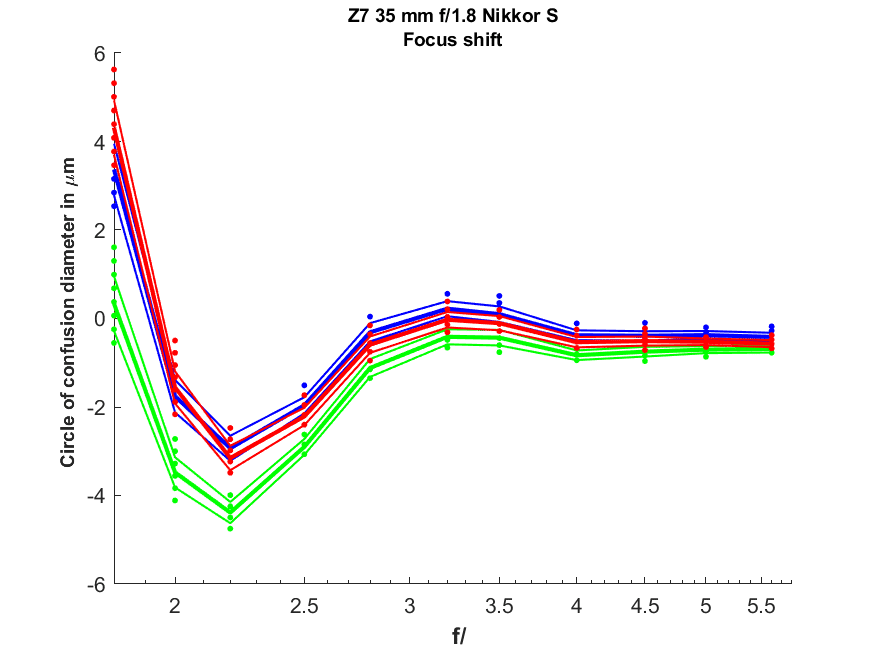 The pixel pitch of the Z7 is a bit over 4  micrometers (um). This is not severe focus shift.

Looking at the big picture, I don’t see why even much greater focus shift would be a problem for the Z7 since it focuses at the taking aperture at all f-stops wider than f/6.3.

It is possible that the lens could have greater focus shift at longer subject distances. I don’t have a good way to test focus shift for wide lenses at other than close distances.