My current lens-testing protocol provides a means to measure the actual circles of confusion produced by the GF lenses on the GFX 100S as the subject is defocused, which allows the actual DOF to be compared to the DOF predicted by geometric optics, upon which depth of field calculators are based. 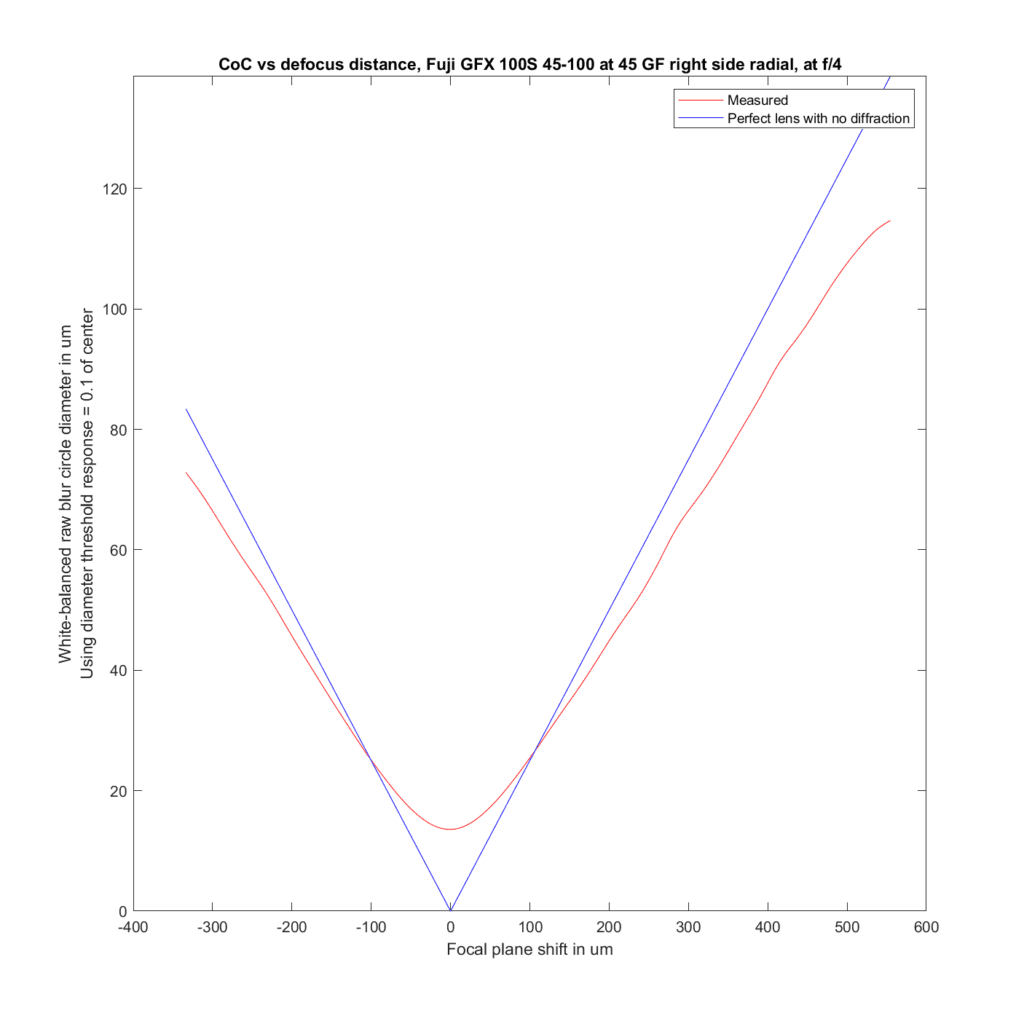 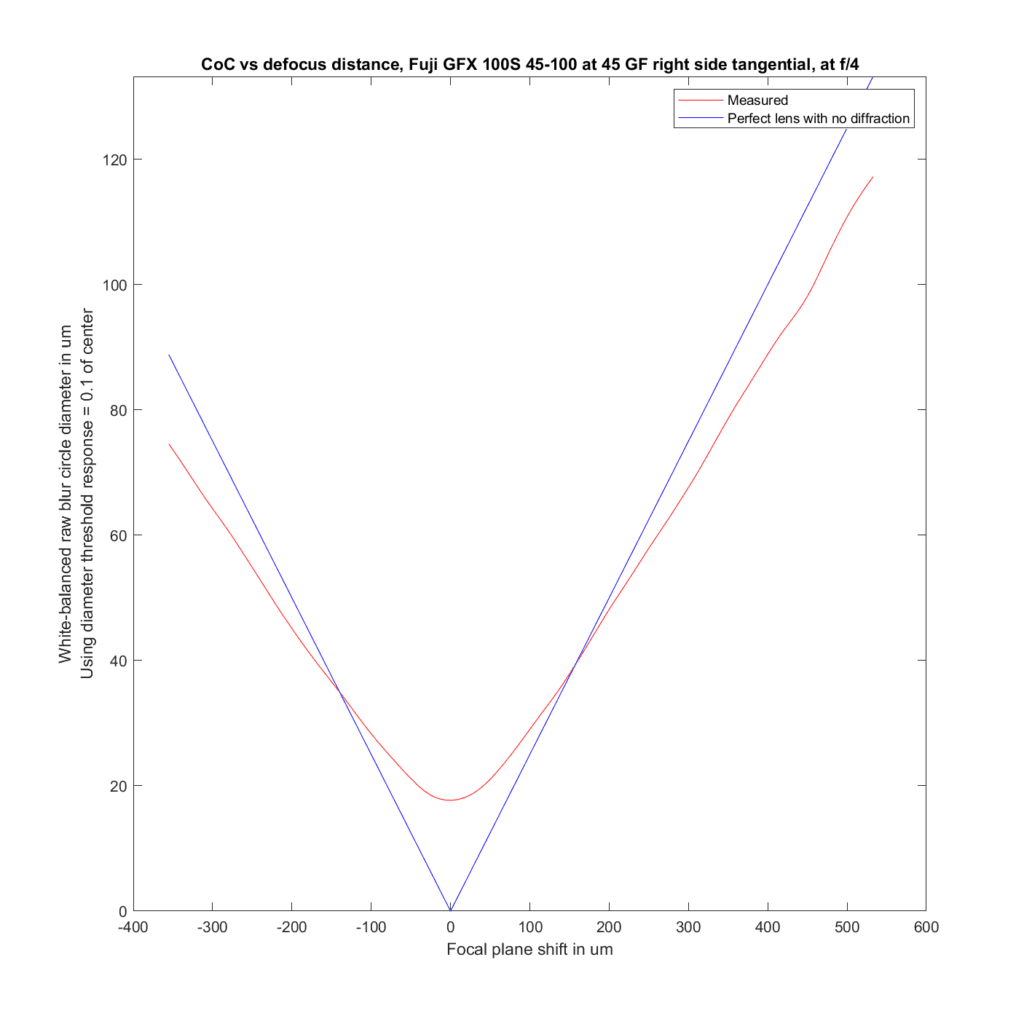 Similar, but not identical effects with the other orientation of the edge. 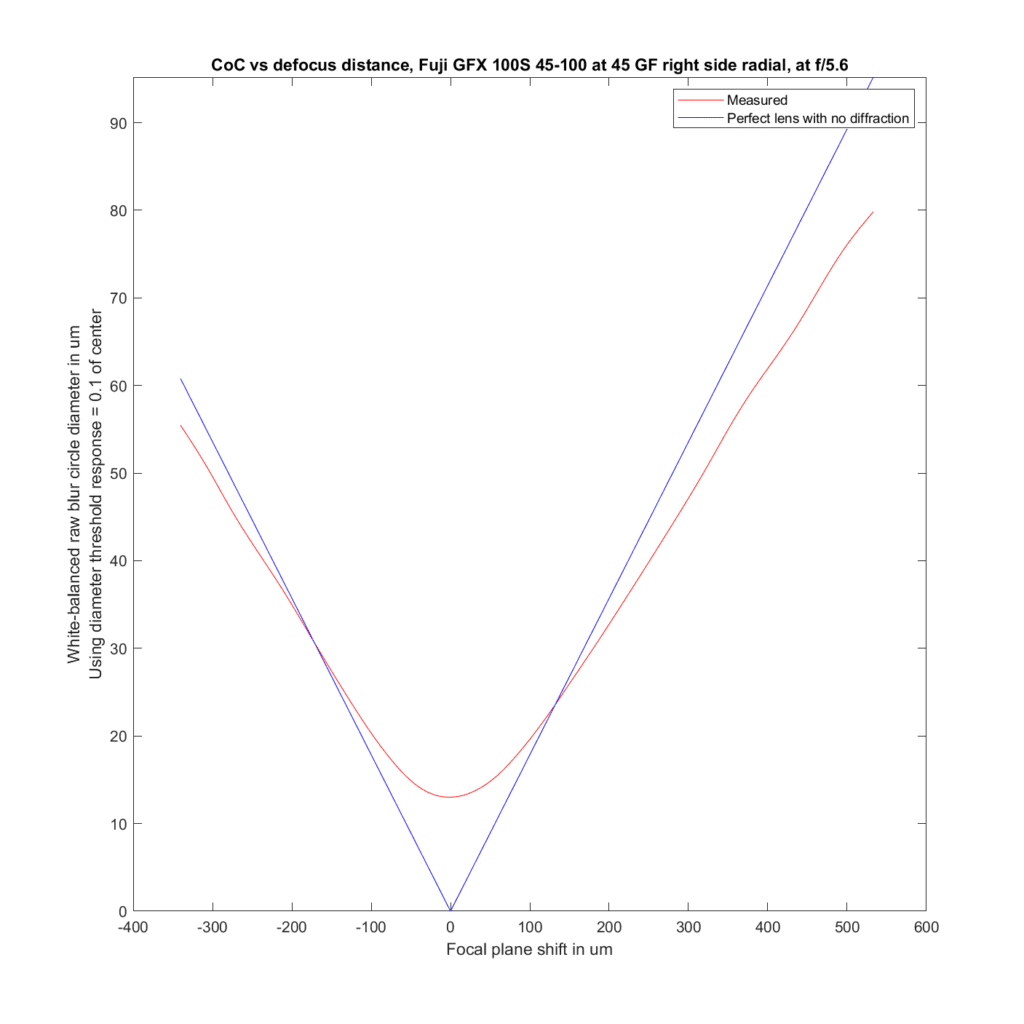 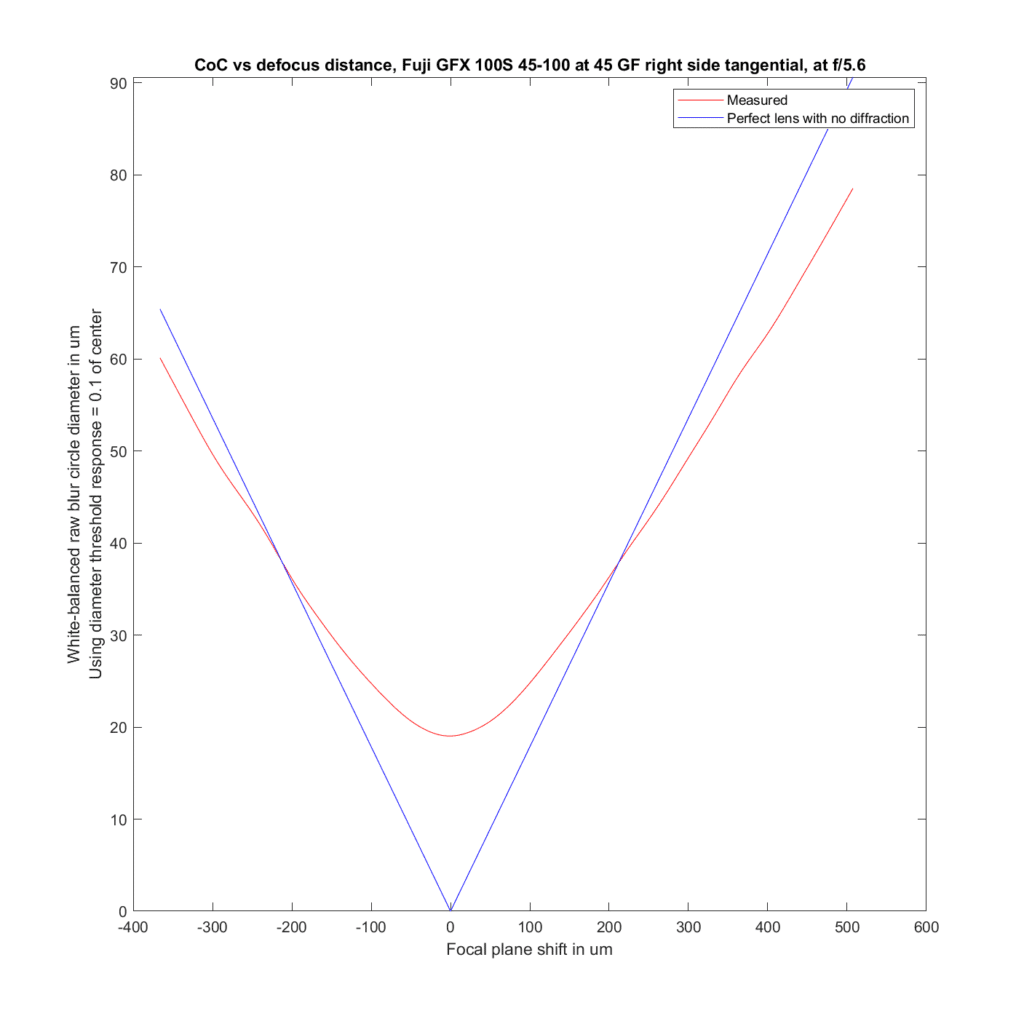 Relationship of predicted and measured performance doesn’t change much as you stop down. 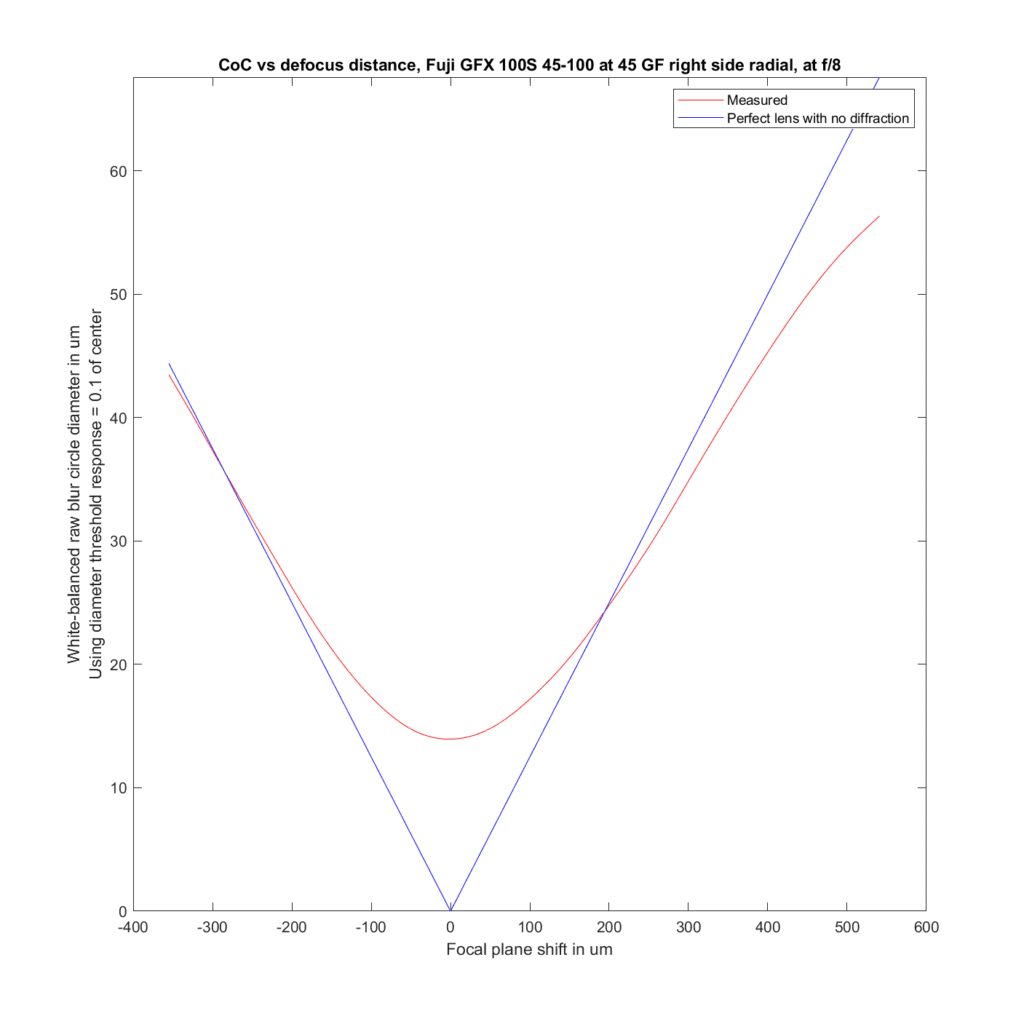 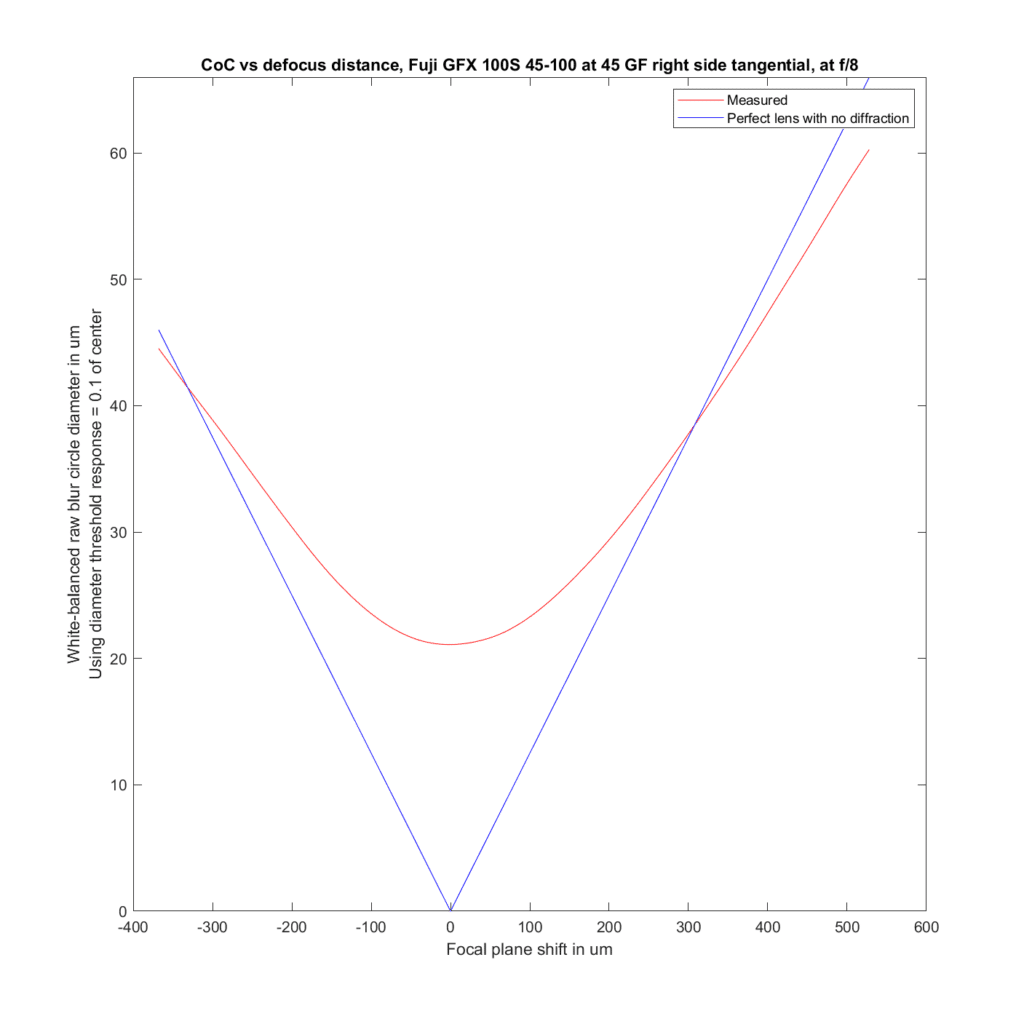 I’ll only look at the 60 mm and 100 mm focal length results wide open, where you’d expect the most departure from the predicted performance. 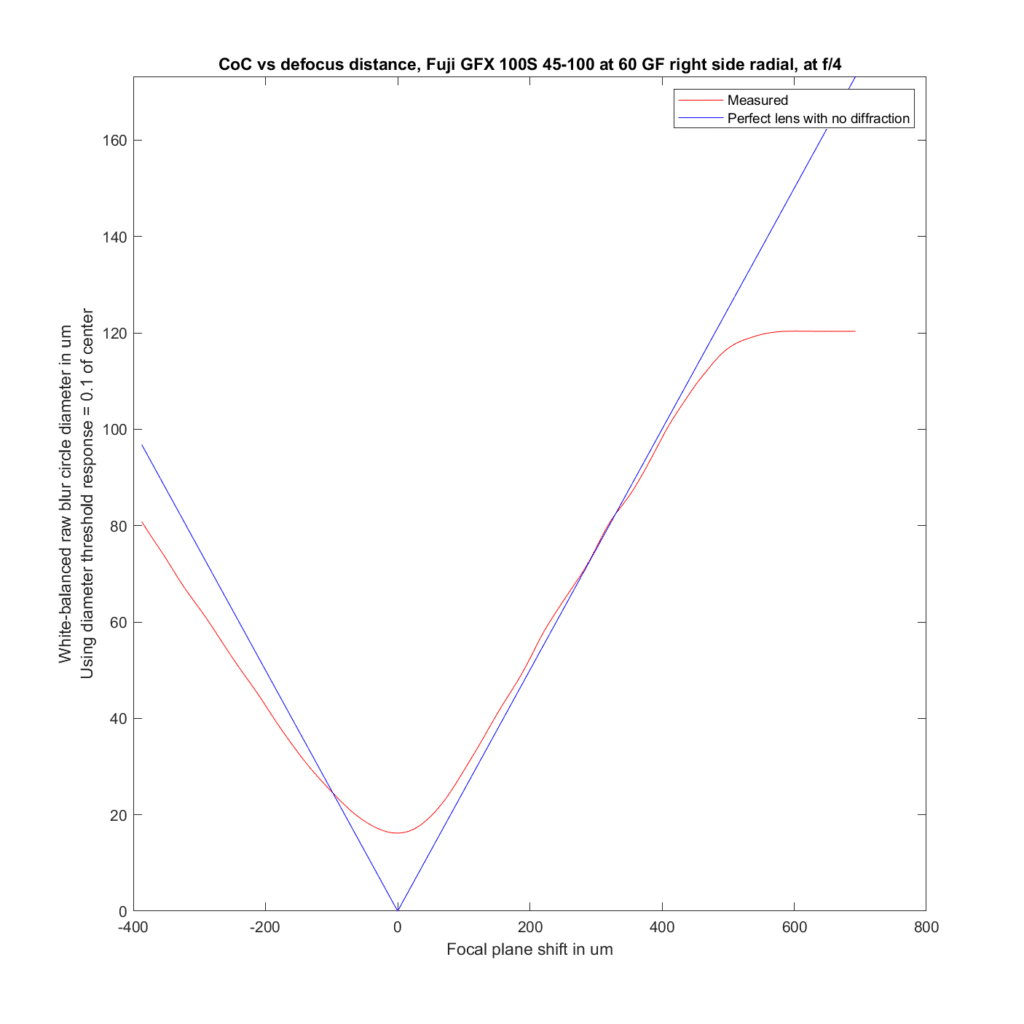 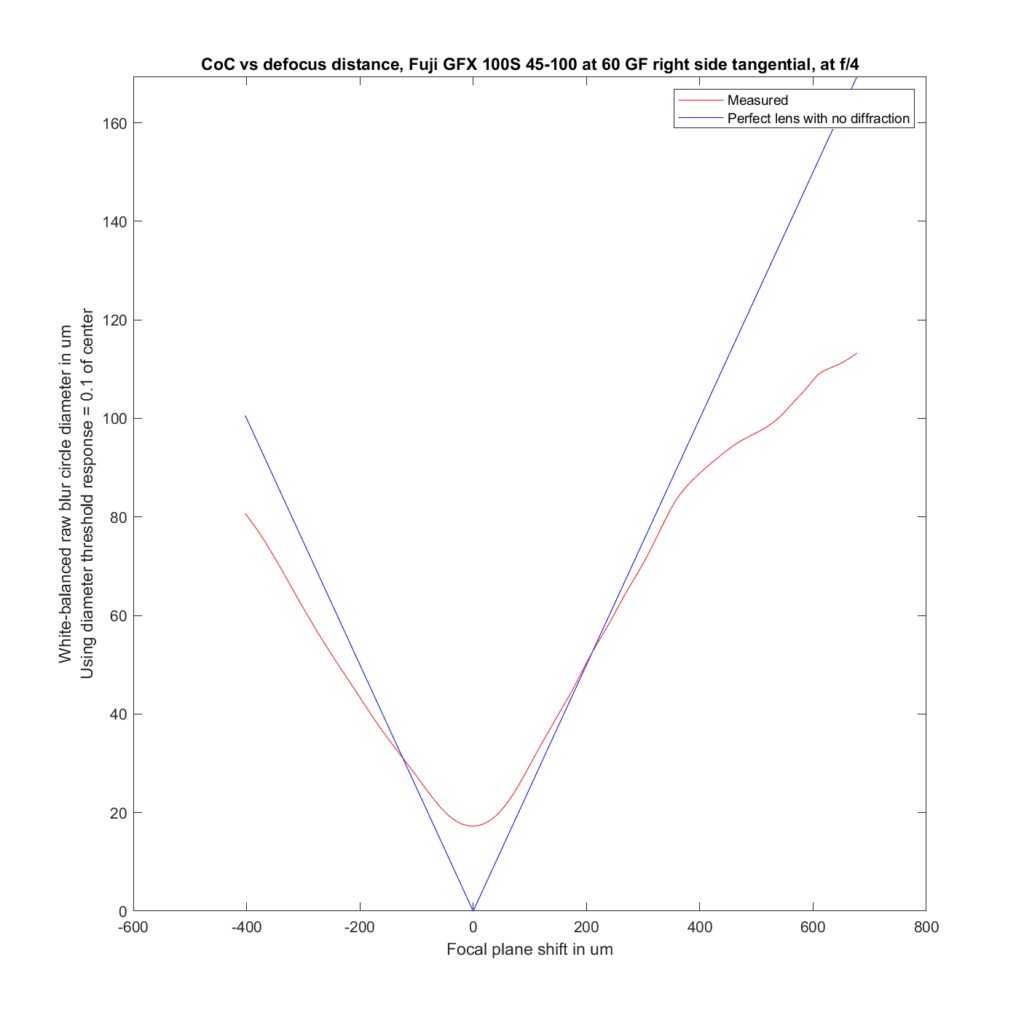 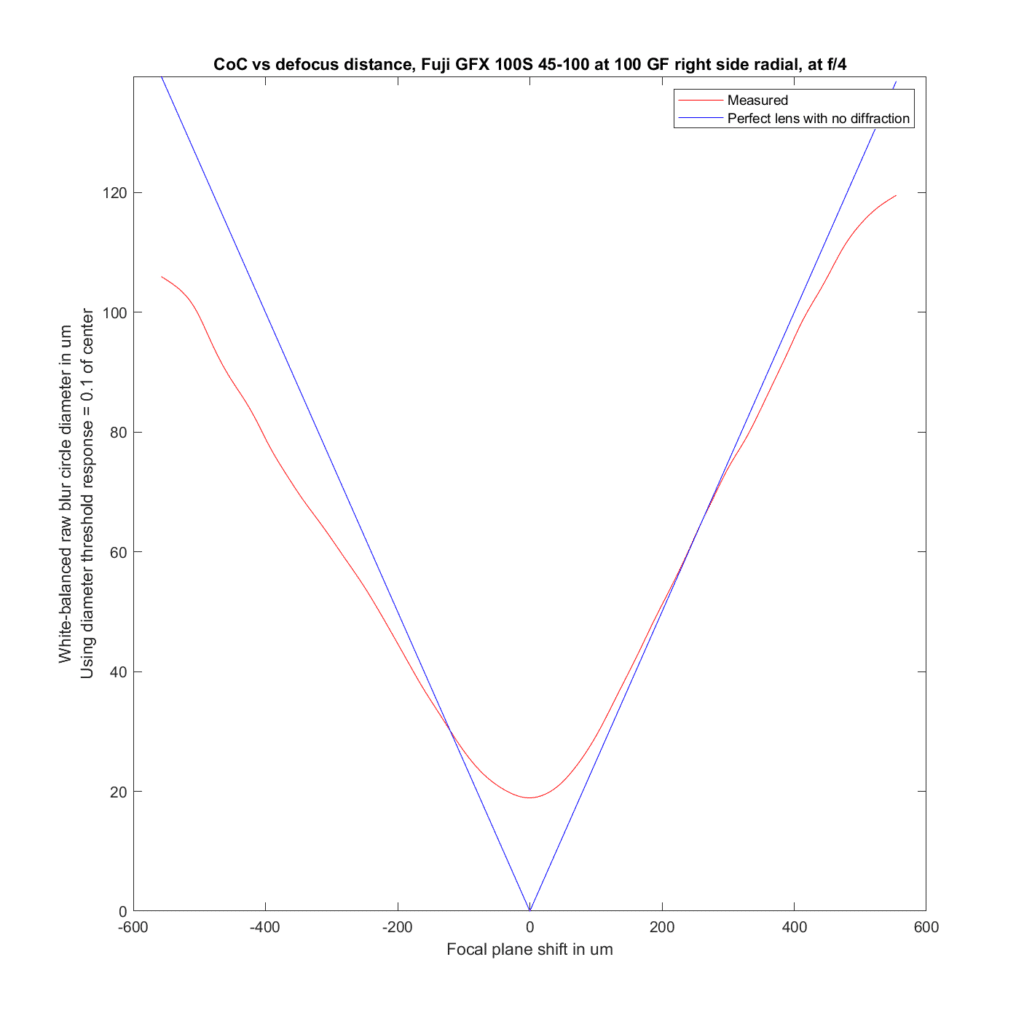 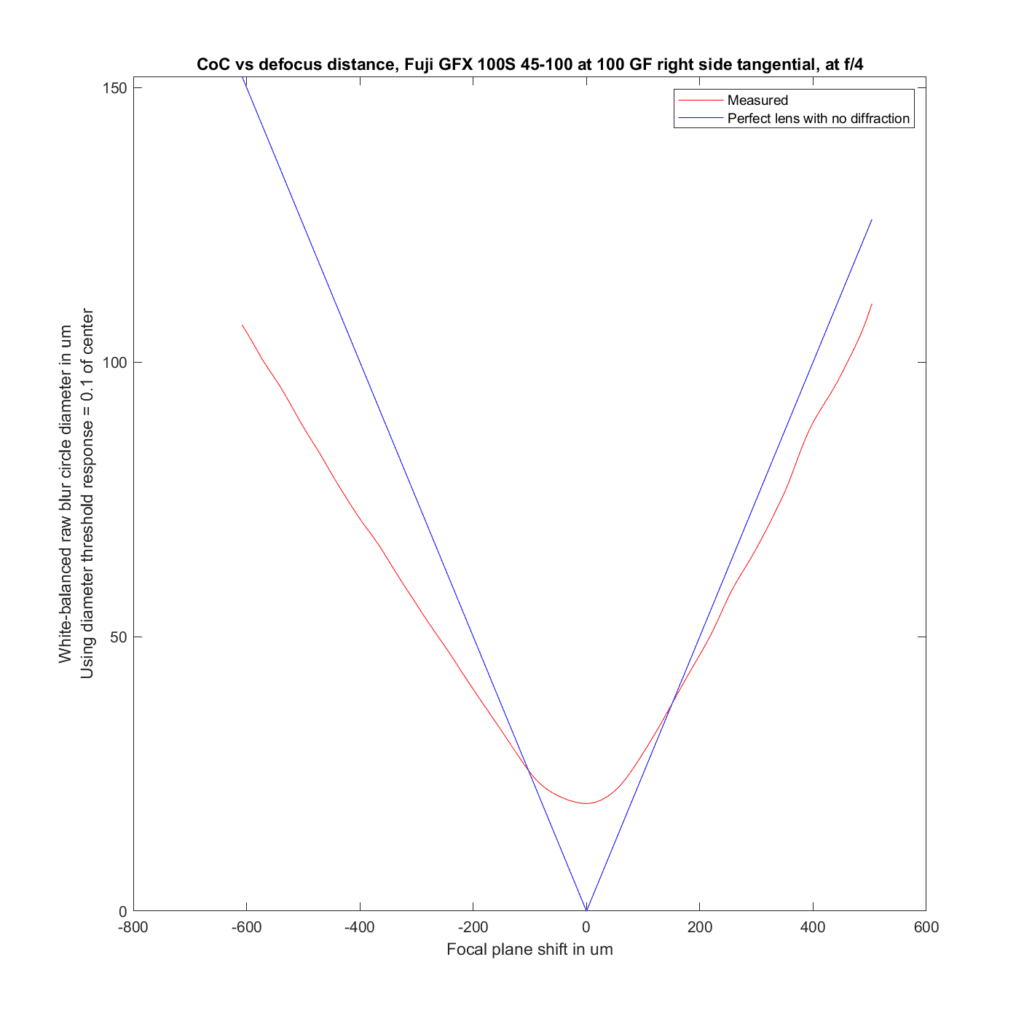 Now we see quite a bit of difference between the tangential and radial edges.